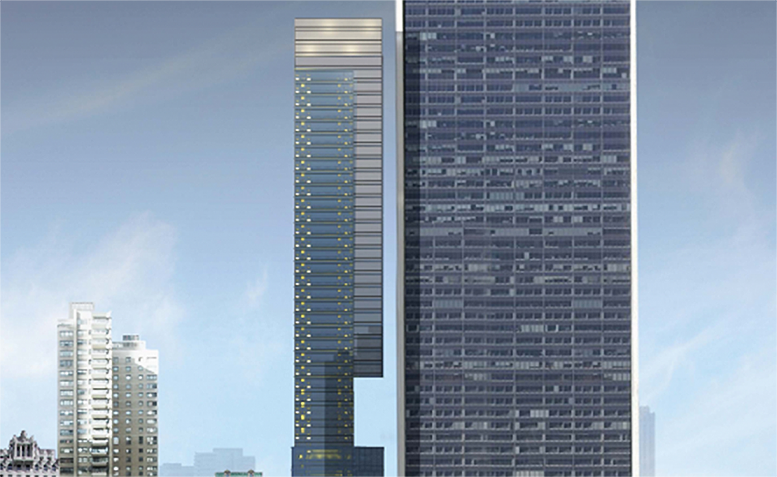 Recent photos from the site of 31 West 57th Street show the property still bereft of construction activity. The perimeter along West 57th Street has been boarded up and plastered with black-and-white geometric art patterns, but not much has happened since the demolition of the original Rizzoli Bookstore and several other old low-rise buildings. 27-33 West 57th Street is among the most sought-after parcels of land along 57th Street, aka Billionaires’ Row, and it could still sprout a fairly tall skyscraper. The lot sits immediately to the west of the Solow Building and is slated to be developed by the LeFrak Organization. 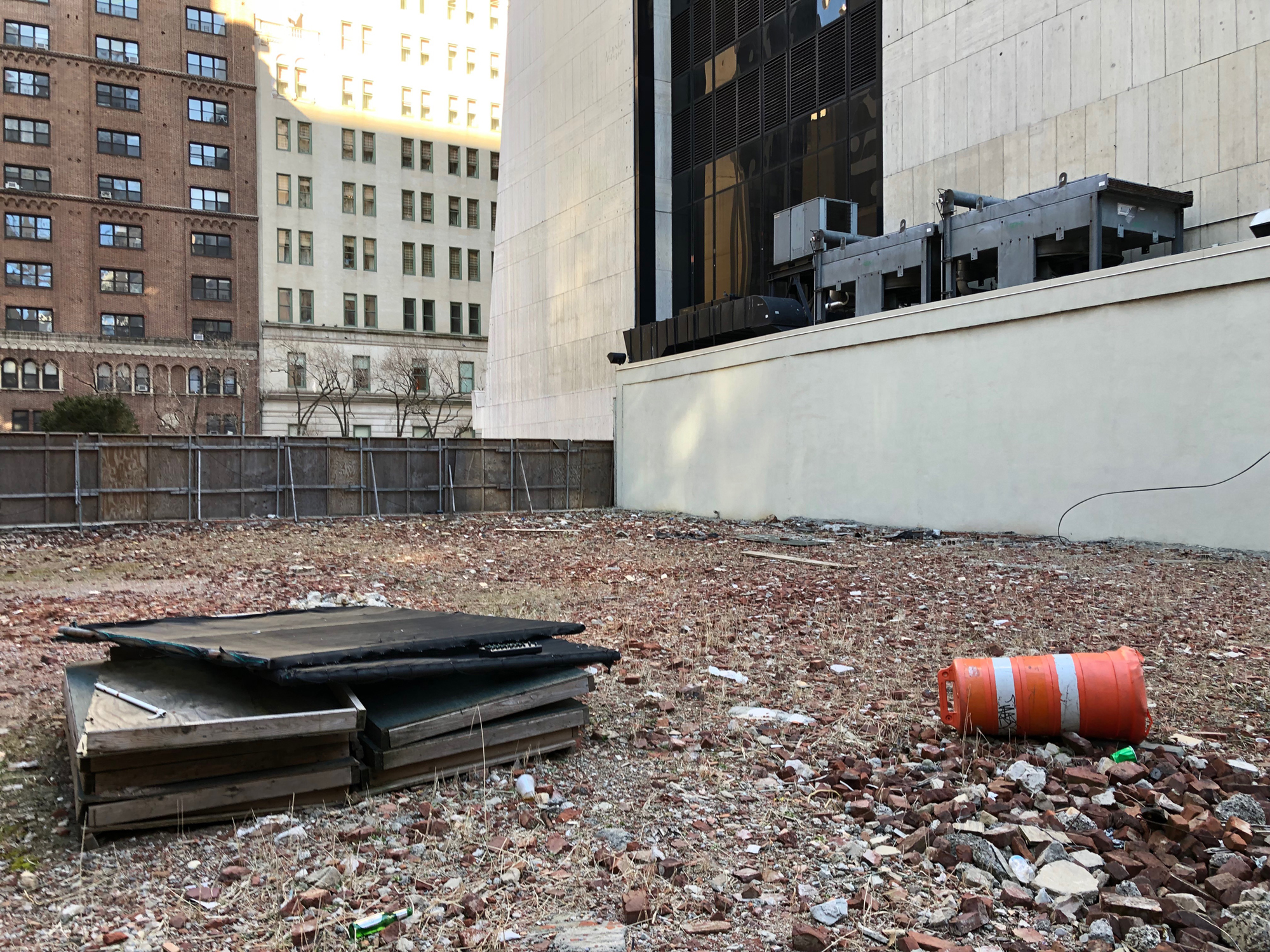 Looking toward the base of the Solow Building. Photo by Michael Young 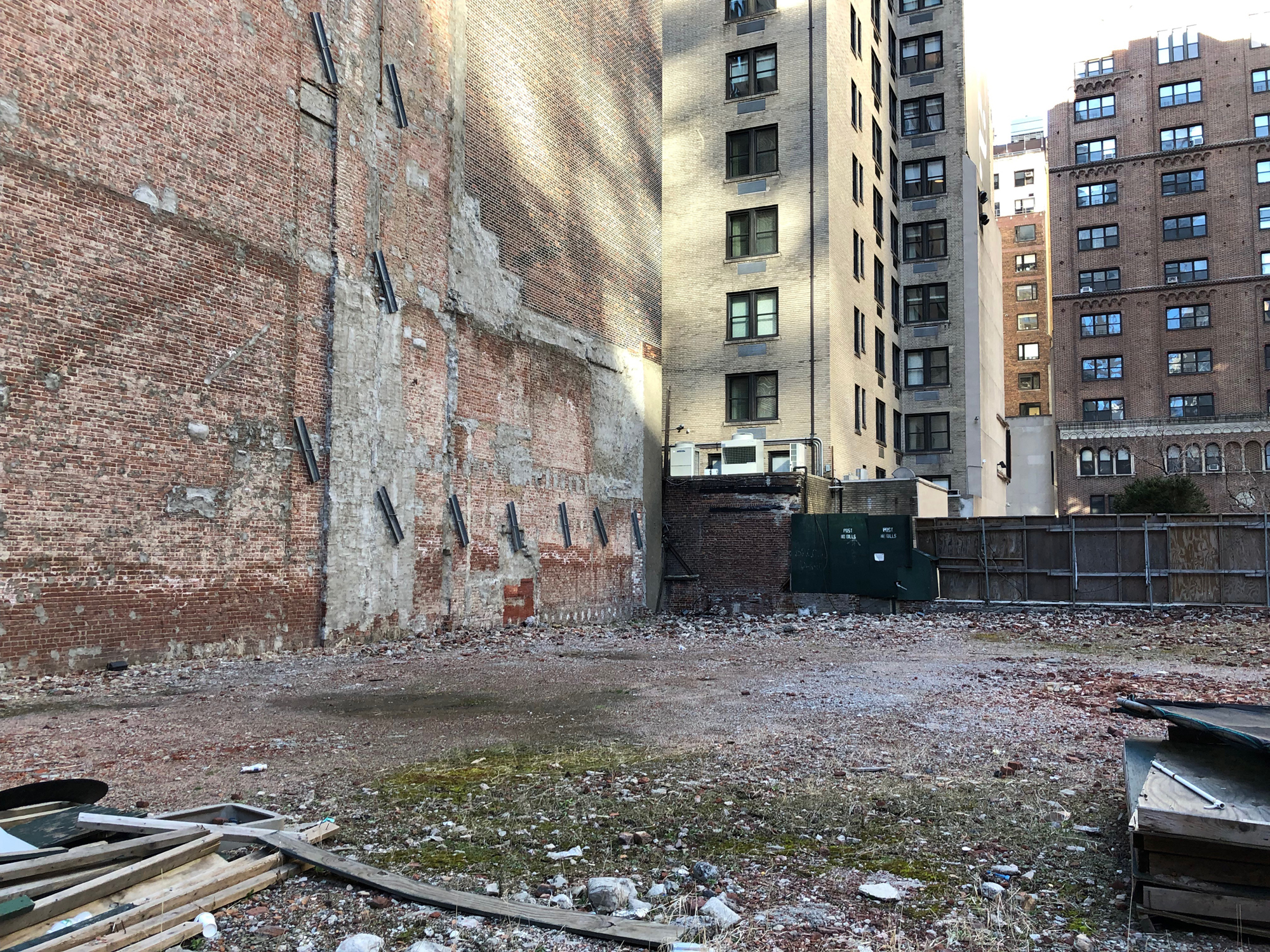 The site has been empty for the past several months. Photo by Michael Young 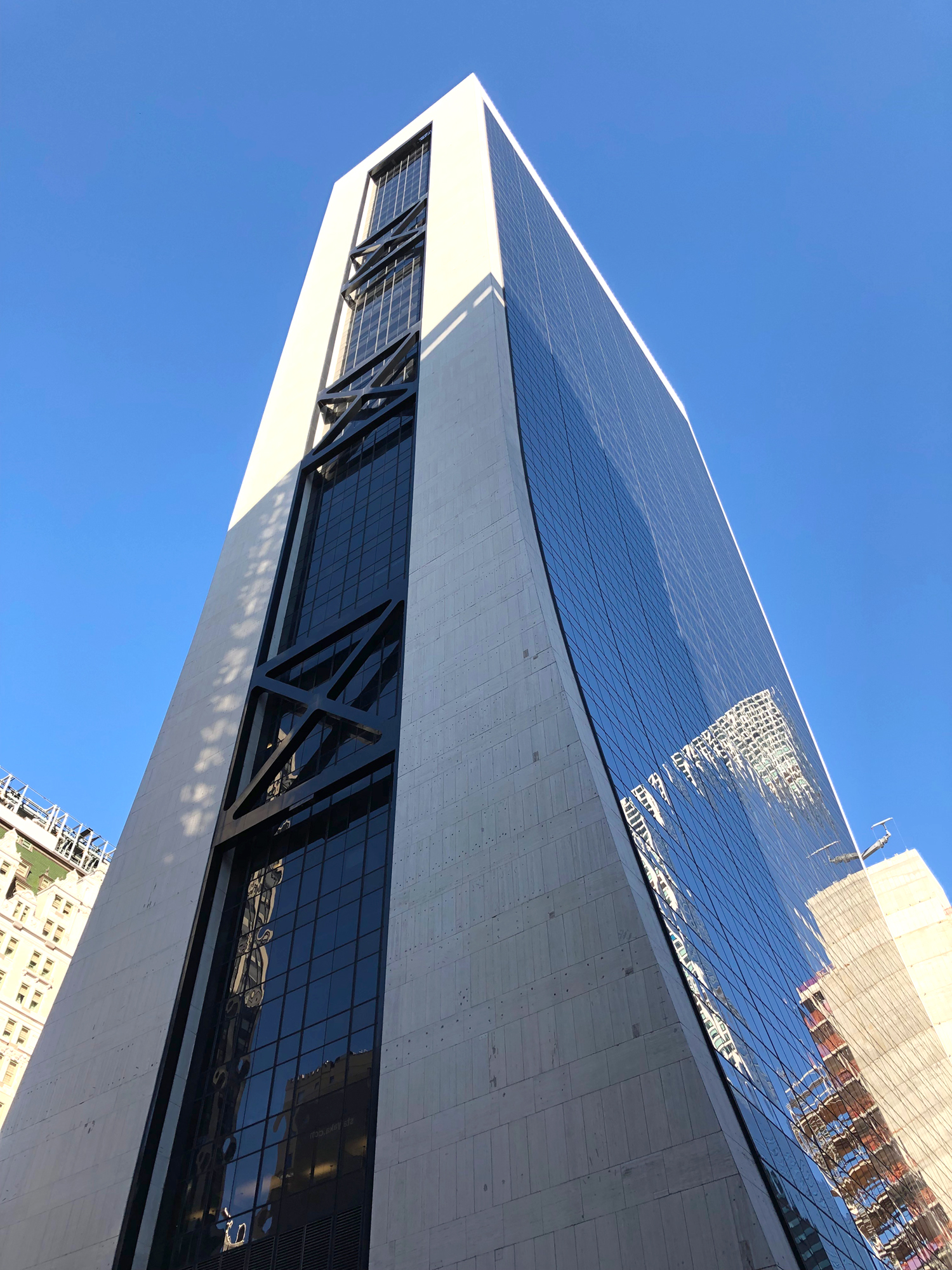 Looking up at the Solow Building which stands next to the empty plot of land. Photo by Michael Young

The rendering in the featured image shows a modestly tall glass skyscraper that would rise slightly shorter than the Solow Building. The eastern elevation features a cantilever protruding several floors above street level and the main podium floors, reminiscent of Extell’s Central Park Tower. However, 31 West 57th Street’s cantilever is likely more of an aesthetic choice, since the position of the neighboring Park Lane Hotel on West 58th Street does not interfere with head-on views at Central Park from the proposed construction. This would most likely become another residential development.

No completion date has been announced for the site.