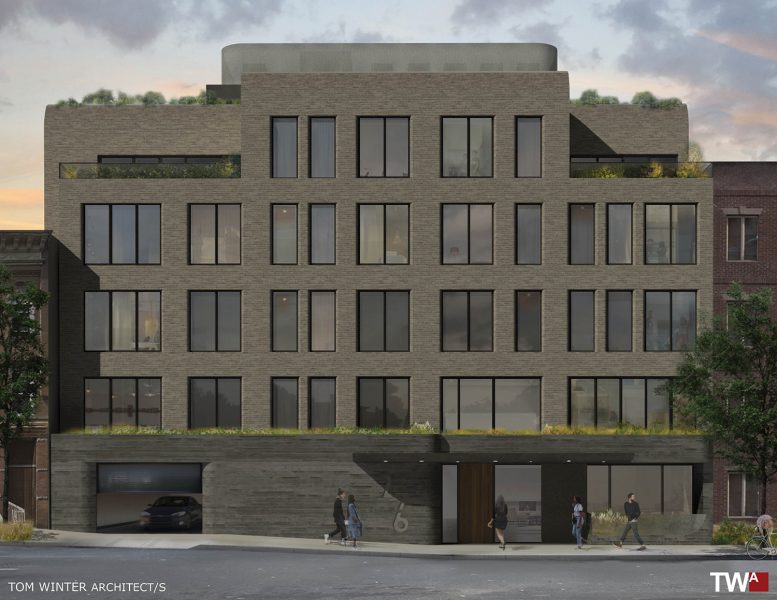 The proposed 50-foot-tall development will yield 33,455 square feet, with 19,508 square feet designated for residential space. The building will have 20 residences, most likely condos based on the average unit scope of 975 square feet. The concrete-based structure will also have a cellar and ten enclosed parking spaces. The amenity package includes a gym, storage units, children’s room, pet spa, recreation room, bike storage, and parking. 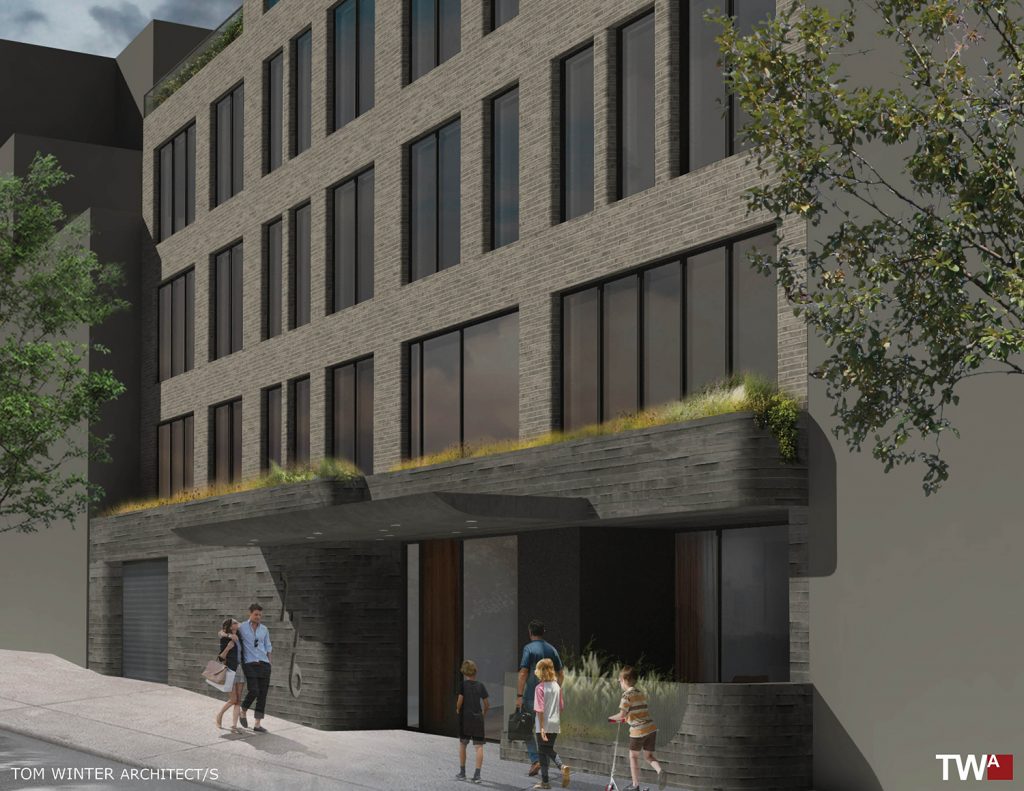 Based on the renderings, the façade appears to be a contemporary take on classic stylings, featuring a gray brick exterior with rounded edges as the structure yields to the rooftop mechanicals. Overlooking 20th Street will be two large, fifth-floor terraces and on the northern side, there will be a mix of balconies and two private yards. The roof will consist of a north-facing common roof deck with two BBQ dining stations and three south-facing private roof decks for the three penthouse units, each with their own BBQ stations.

Tom Winter Architects is listed as the architect of record.

Demolition permits were filed last year for the two-story home built in 1899 on the site. An estimated completion date has not been announced.

2 Comments on "Permits Filed for 276 20th Street in Greenwood, Brooklyn"