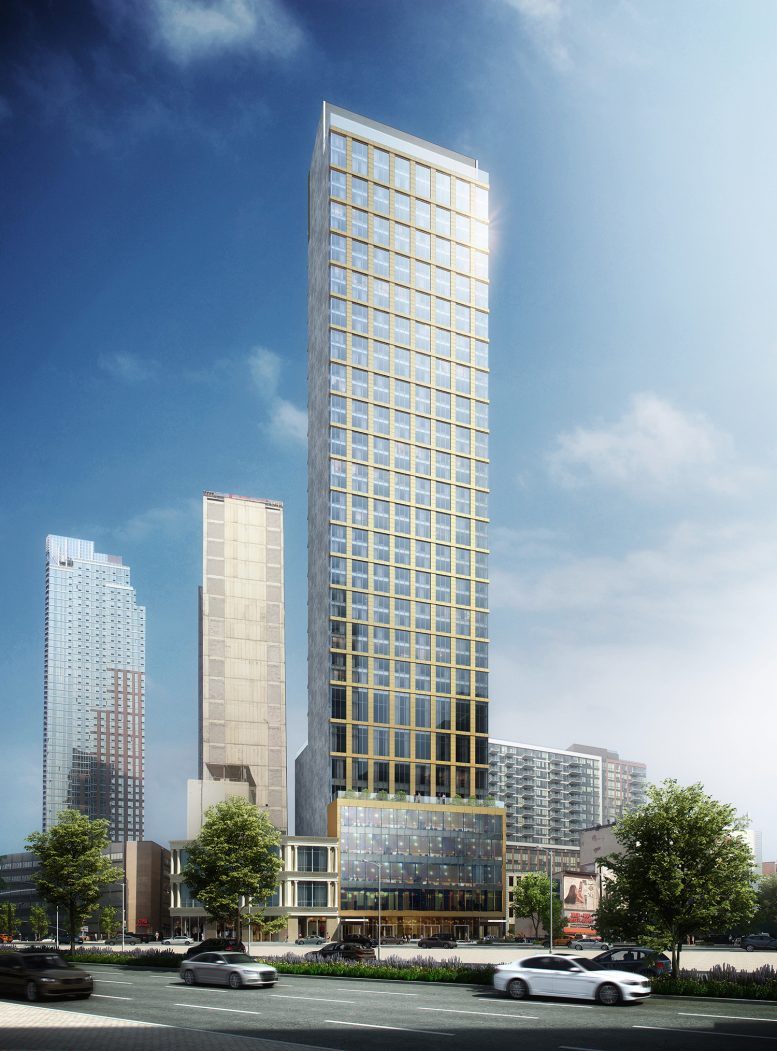 Construction of 540 Fulton Street is climbing past the first residential floors. The Downtown Brooklyn project site will stand as a 511-foot- tall, 43-story high, mixed-use skyscraper. It is being designed by Marvel Architects and developed by Jenel Management. The building will yield about 330,000 square feet, with 71,844 square feet allocated to commercial space and 22,054 square feet designated for retail on the lower floors. The remaining 239,142 square feet will be occupied by the residential homes.

Recent photos from above and at street level show the state of progress. The safety cocoon is being installed along the main northern elevation on Fulton Street. Construction workers are eight floors above the front setback. They recently poured the the 13th floor slab. 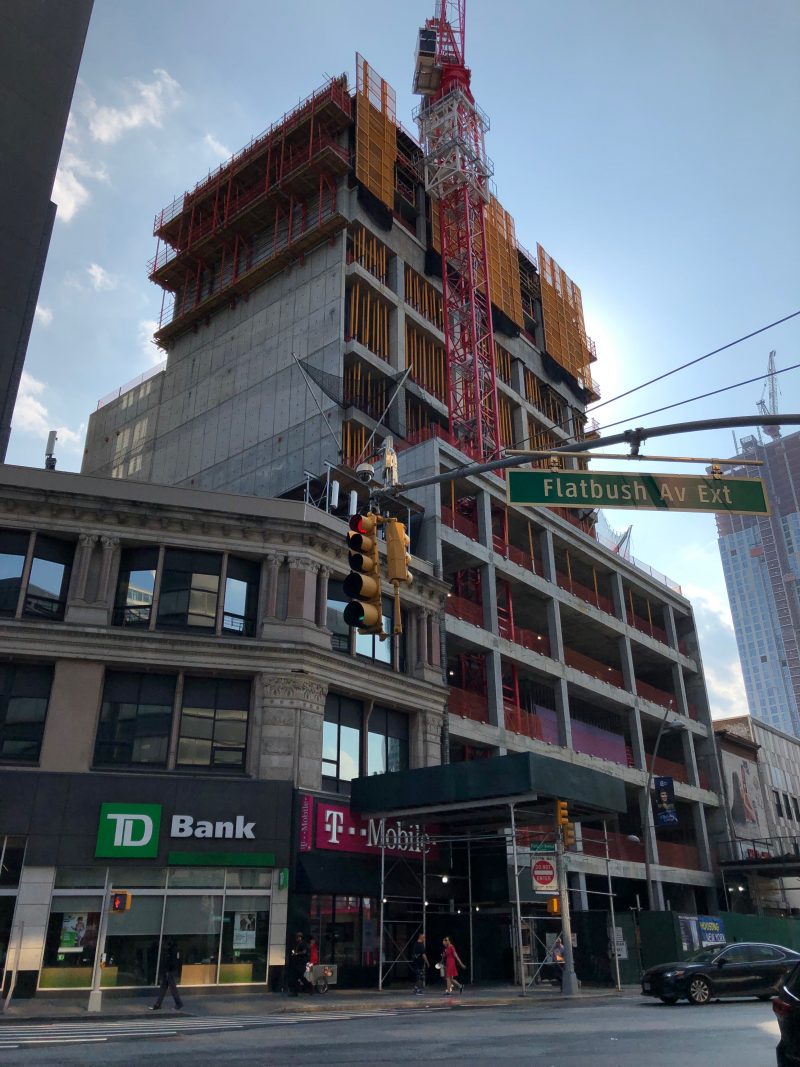 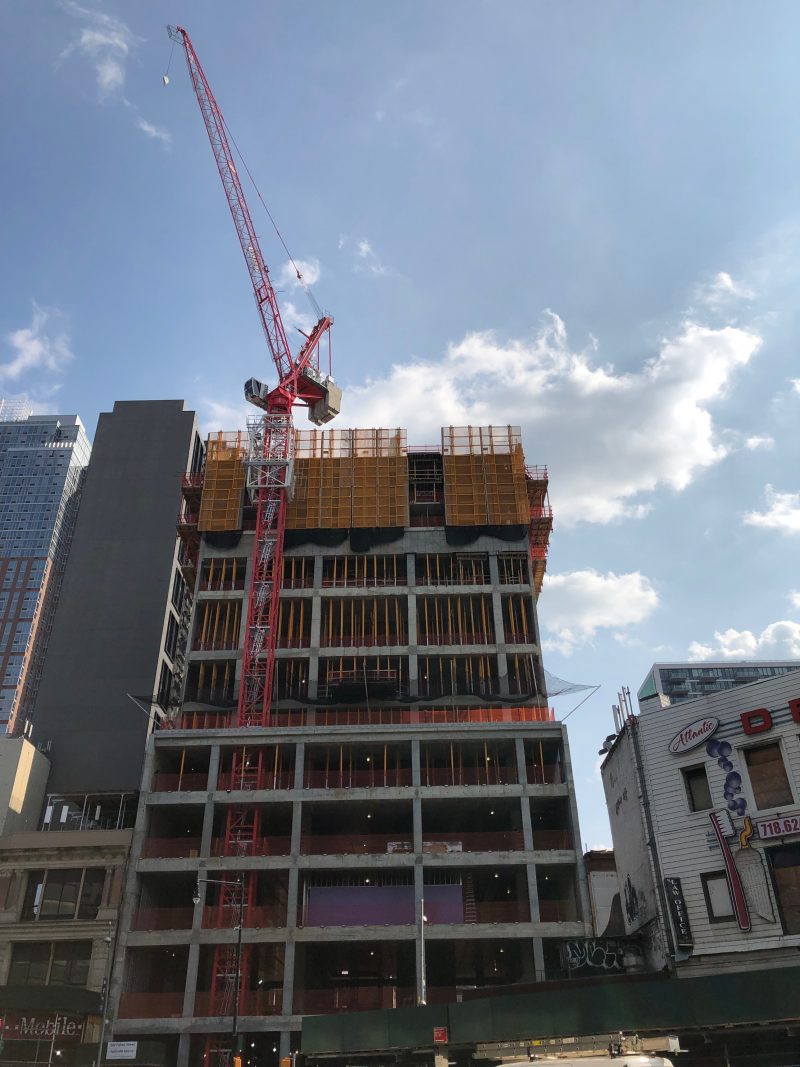 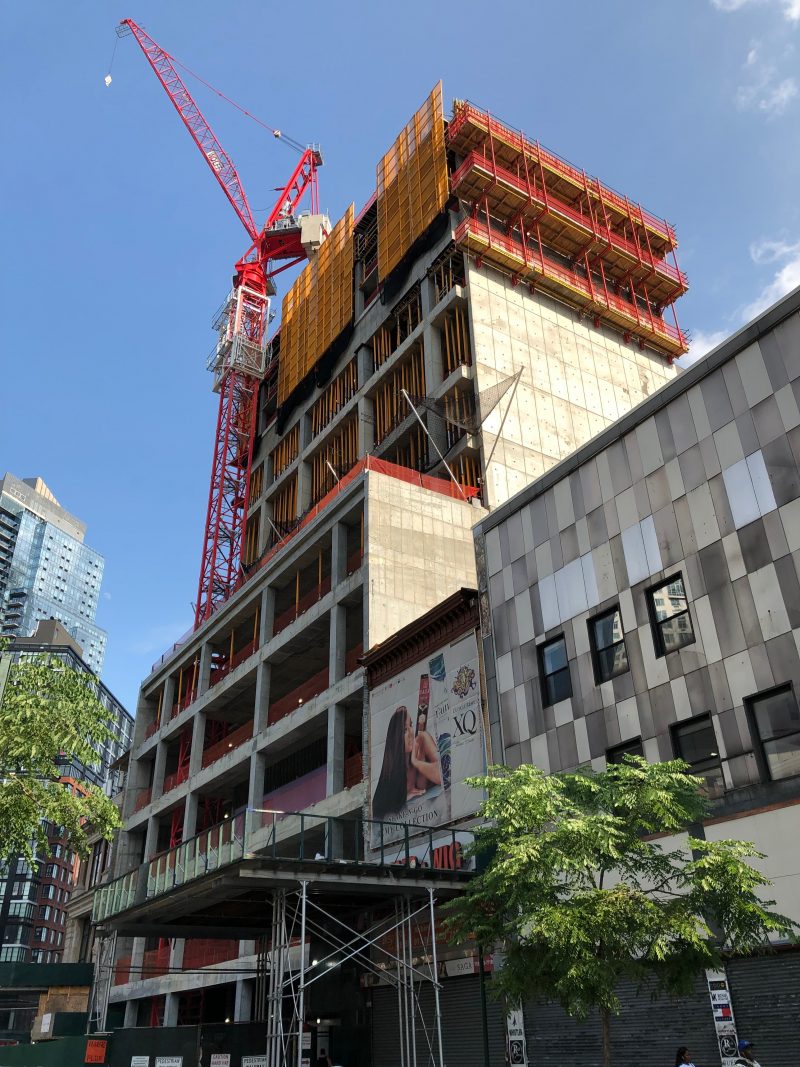 Looking southeast at the western elevation of 540 Fulton Street. Photo by Michael Young

The skyscraper will have a simple glass curtain wall on the northern elevation as most likely the back side of as well. Meanwhile the eastern and western walls appear to be windowless, except for narrow slivers for corner glass panels as depicted in the main rendering. The skyscraper’s site will make it clearly visible from Flatbush Avenue, and its substantial height will contribute to the borough’s rapidly expanding skyline. 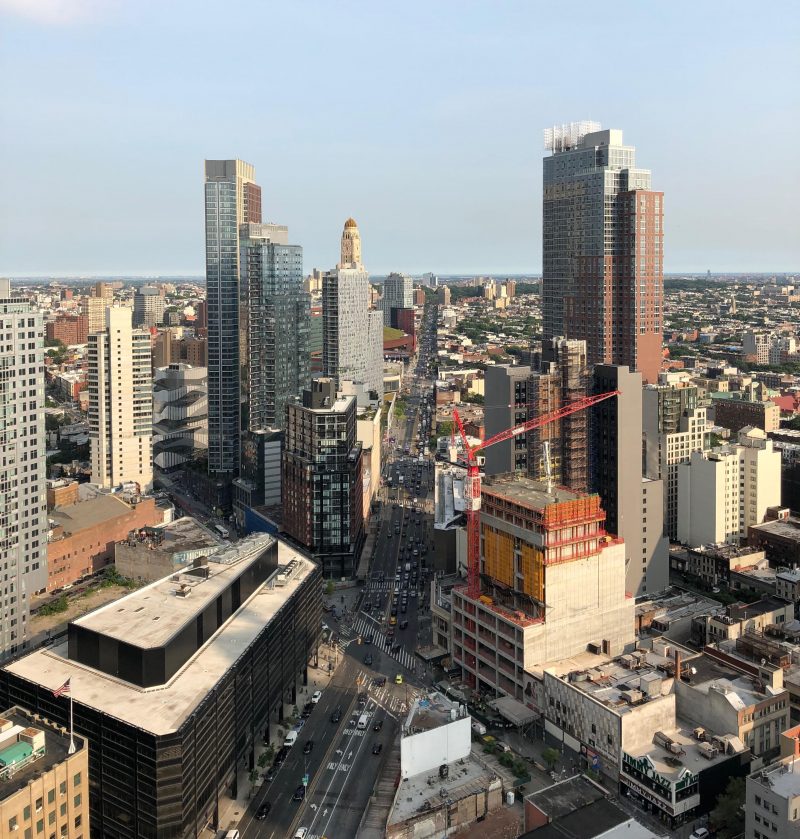 Located by the corner of Fulton Street and Flatbush Avenue, 540 Fulton Street is close to a number of subway lines, including the 2, 3, 4, and 5 trains one block to the south at Nevins Street; the A, C, and G trains to the west at Hoyt-Schermerhorn; and the B, Q, and R trains to the north at DeKalb Avenue.

A completion date of October 2020 is stated on the construction fence.