Illustration of the Northwest Corner of the JFK Buildout Site 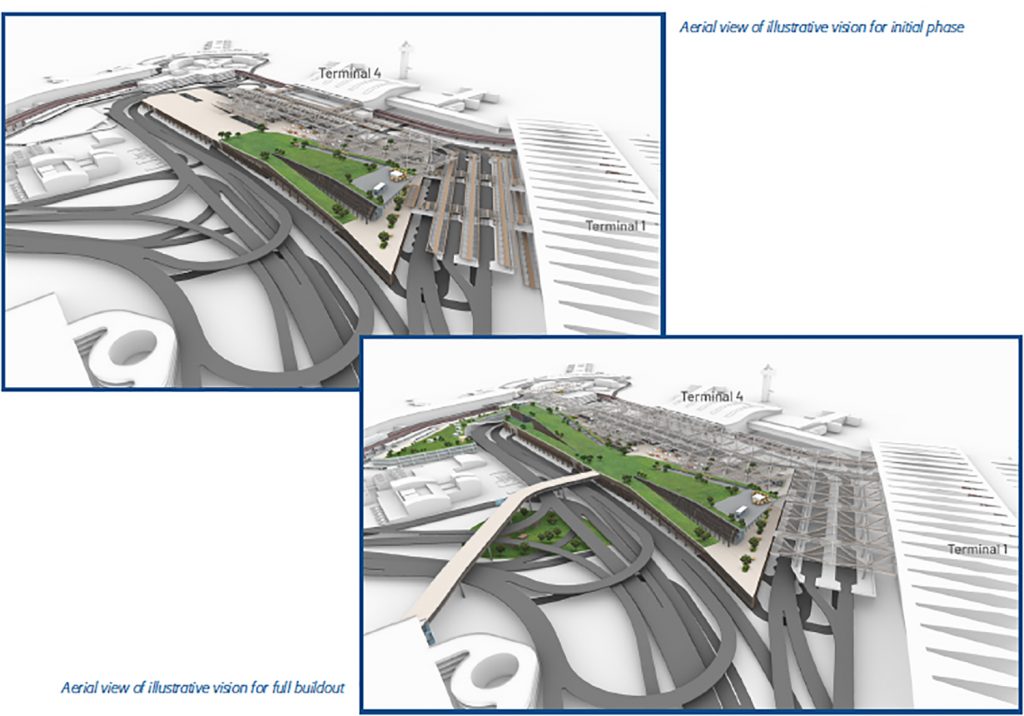 Illustration of the initial phase of the JFK Buildout

JFK Central will be a centrally located commercial and recreational public space that caters to travelers and employees. Possible uses for the mixed-use space include retail and dining, offices, green space, and cultural offerings and events. The plaza will be built on top of the new ground transportation hub in a highly visible public space, accessible from Terminal 1 and Terminal 4.

Applicants can submit ideas and concepts for either the commercial and public space segments, or both.