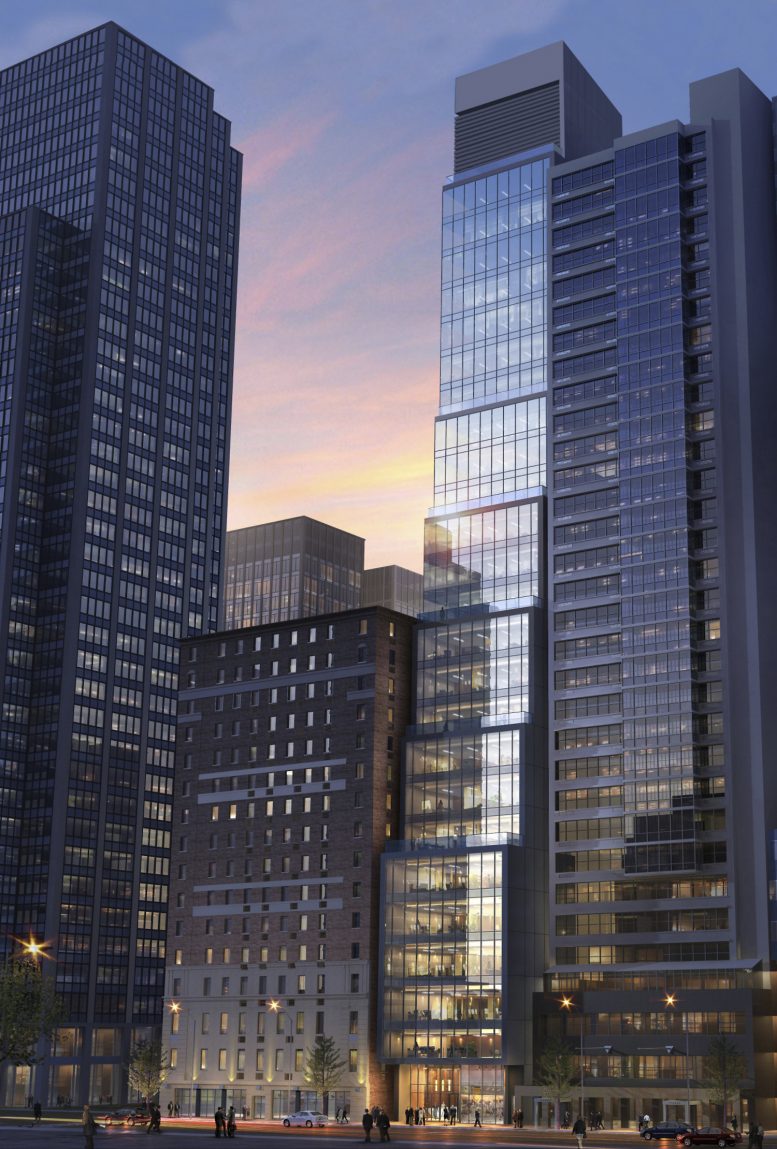 Construction at 106 West 56th Street has recently topped out at 27 stories. The Perkins Eastman-designed office building stands 403 feet tall and is being developed by private equity firm Savanna Fund, along with Hong Kong-based developer Atom Assets. The steel superstructure and its gentle setbacks should soon see the first glass curtain wall panels installed in the coming weeks. The site is located just one block south of 57th Street, aka Billionaires’ Row.

New photos from street level highlight the ongoing progress on all sides of the tower. 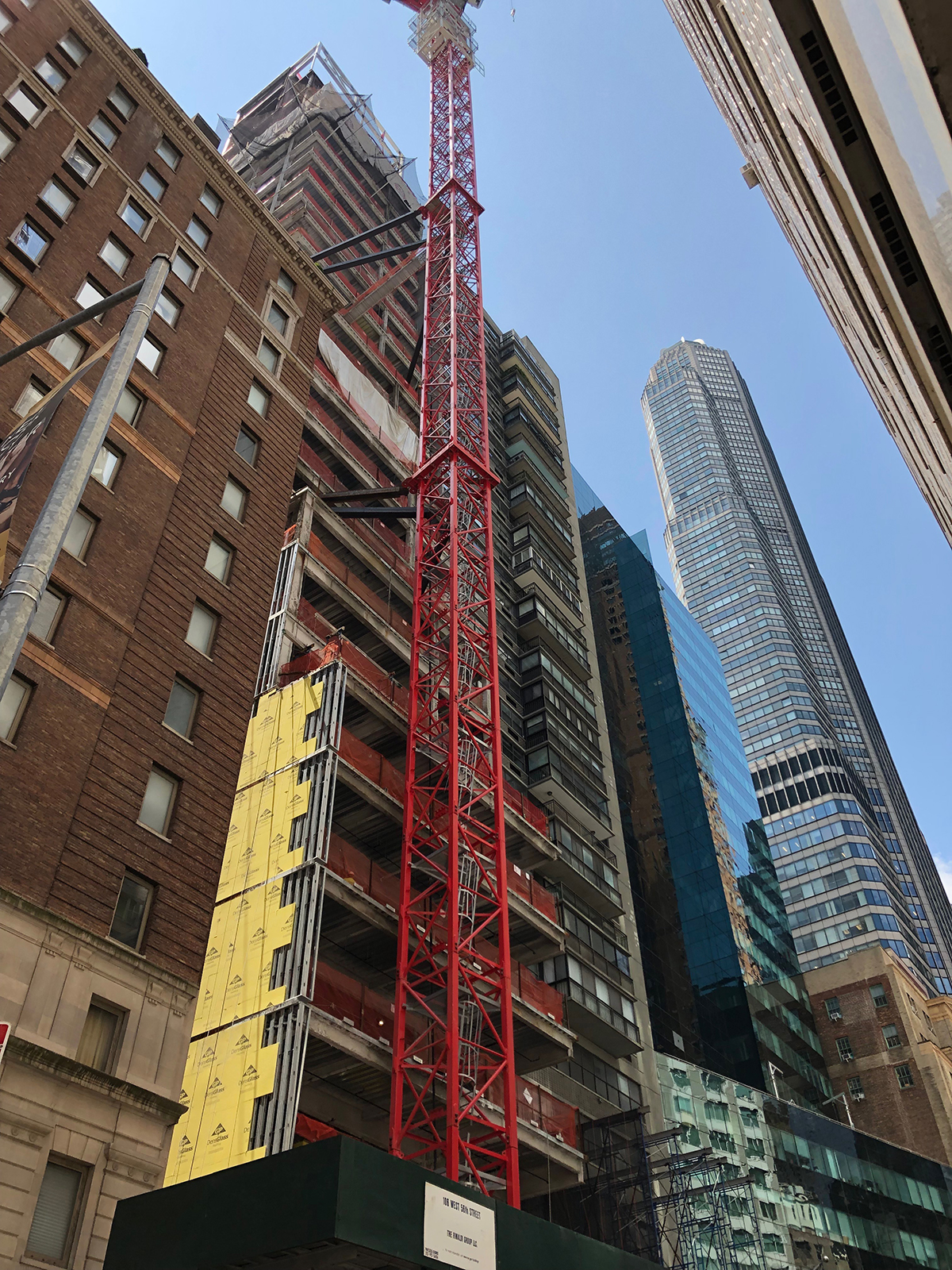 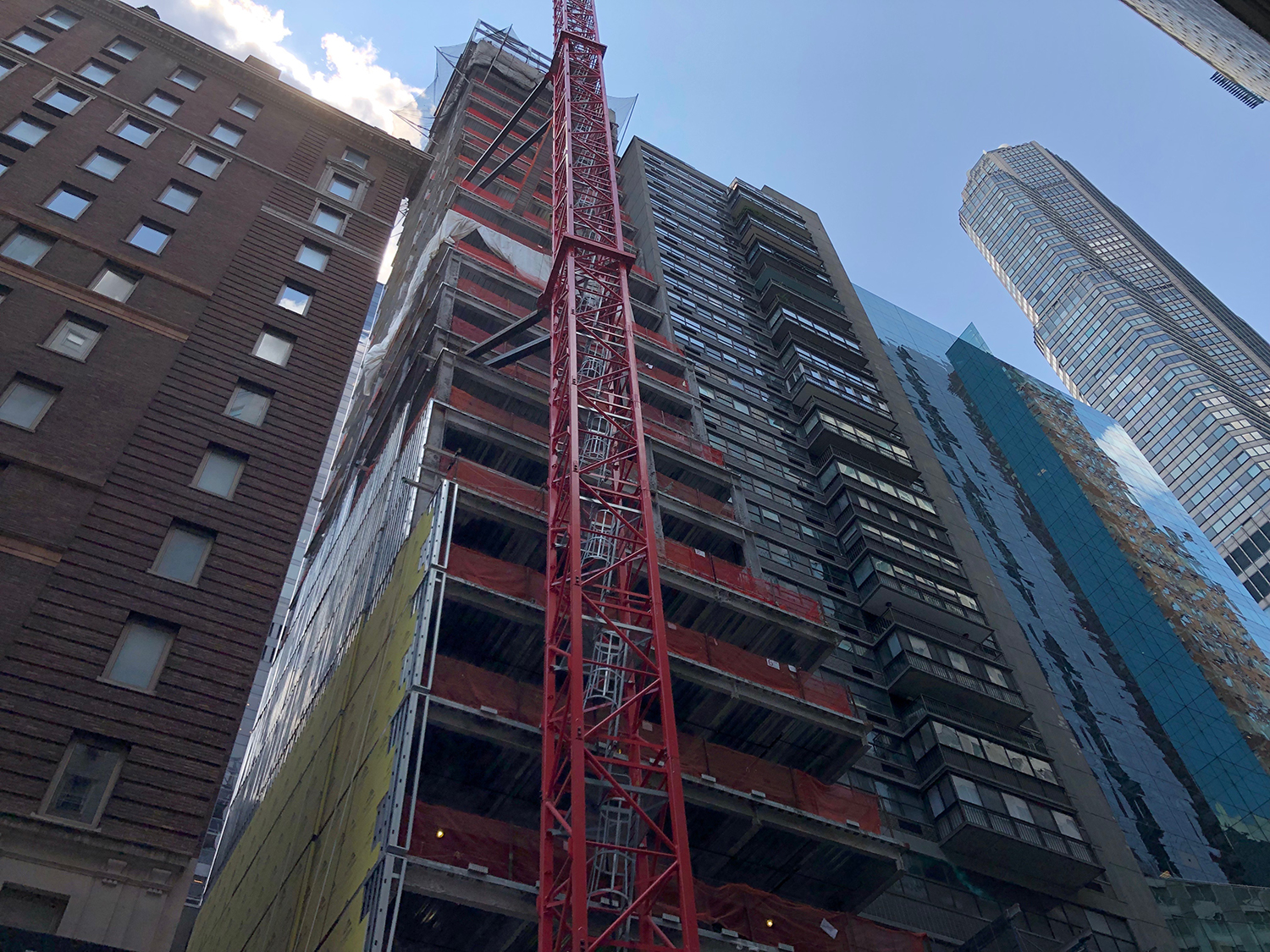 Looking up the main northern elevation. Photo by Michael Young 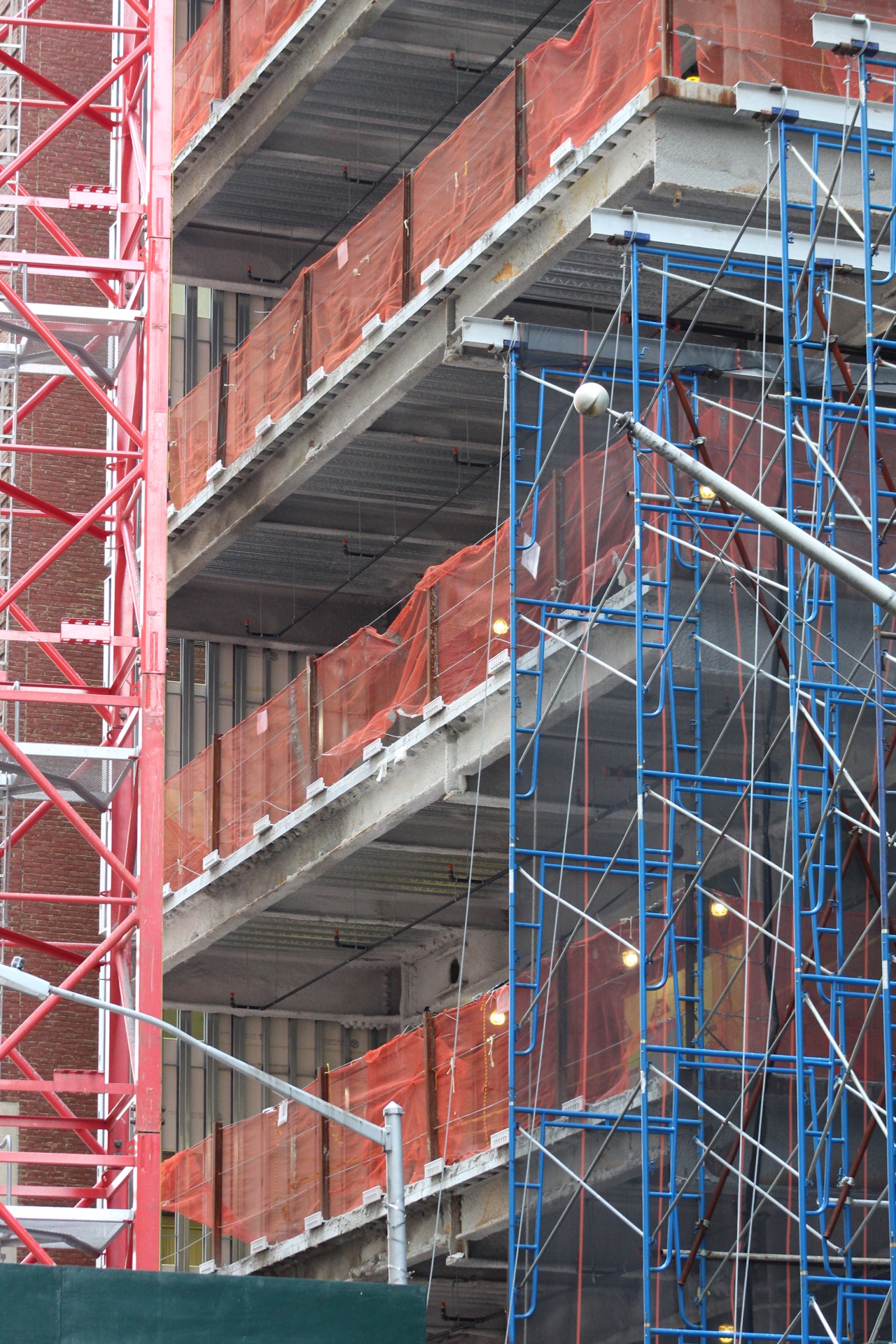 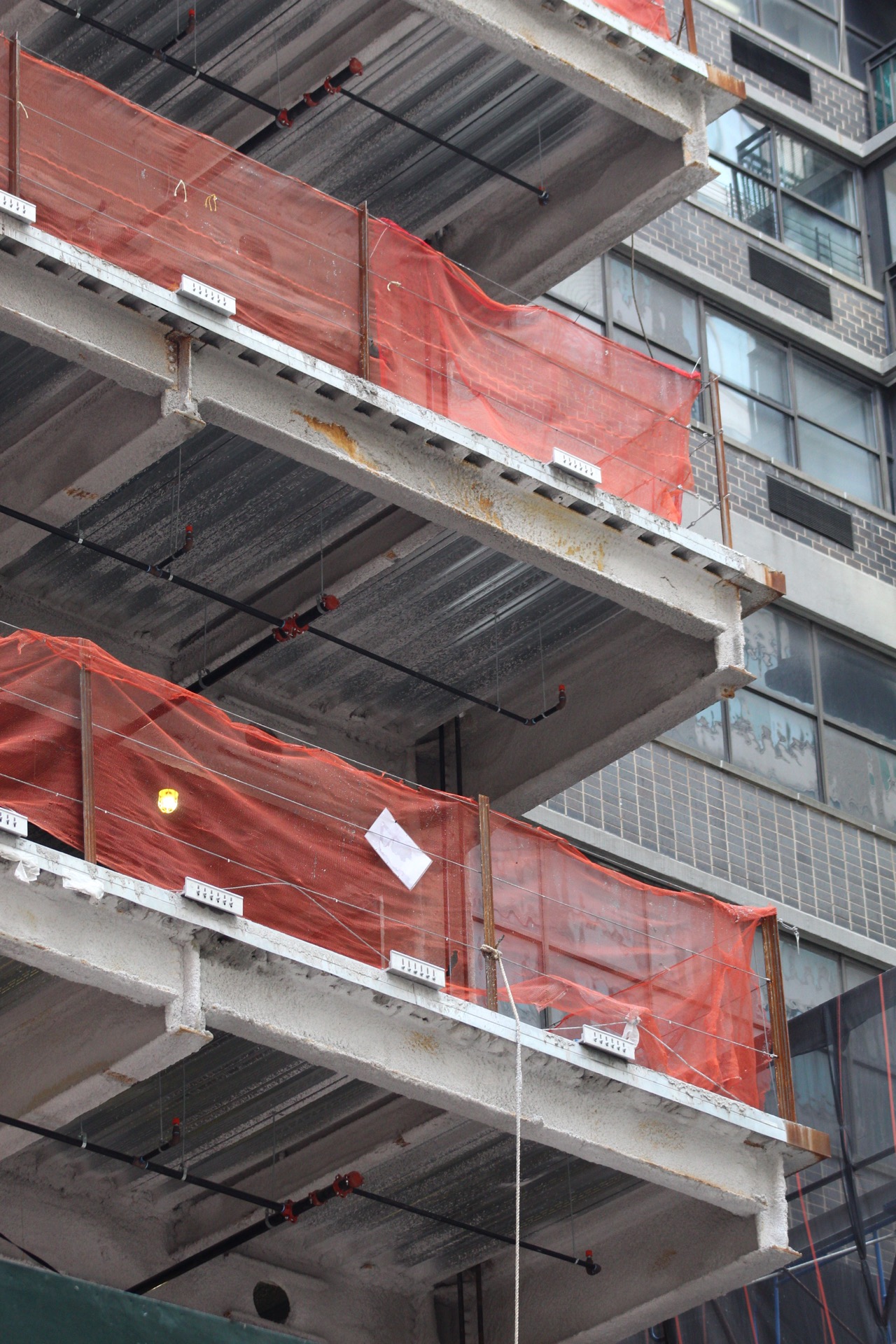 A close-up of the corner of one of the lower floors with the steel clips ready for the curtain wall installation. Photo by Michael Young 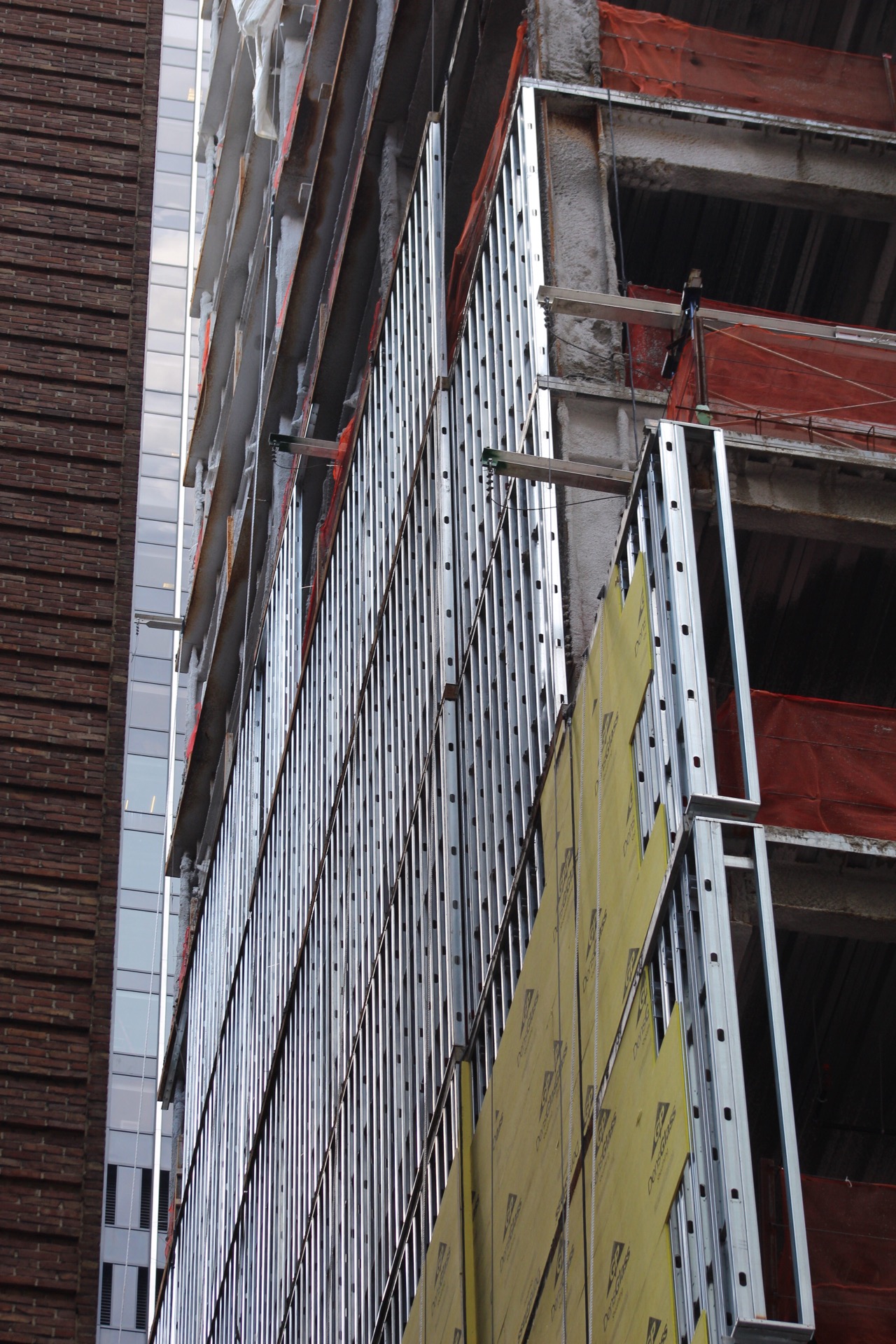 The eastern side of the building is being filled in with metal stud walls. Photo by Michael Young 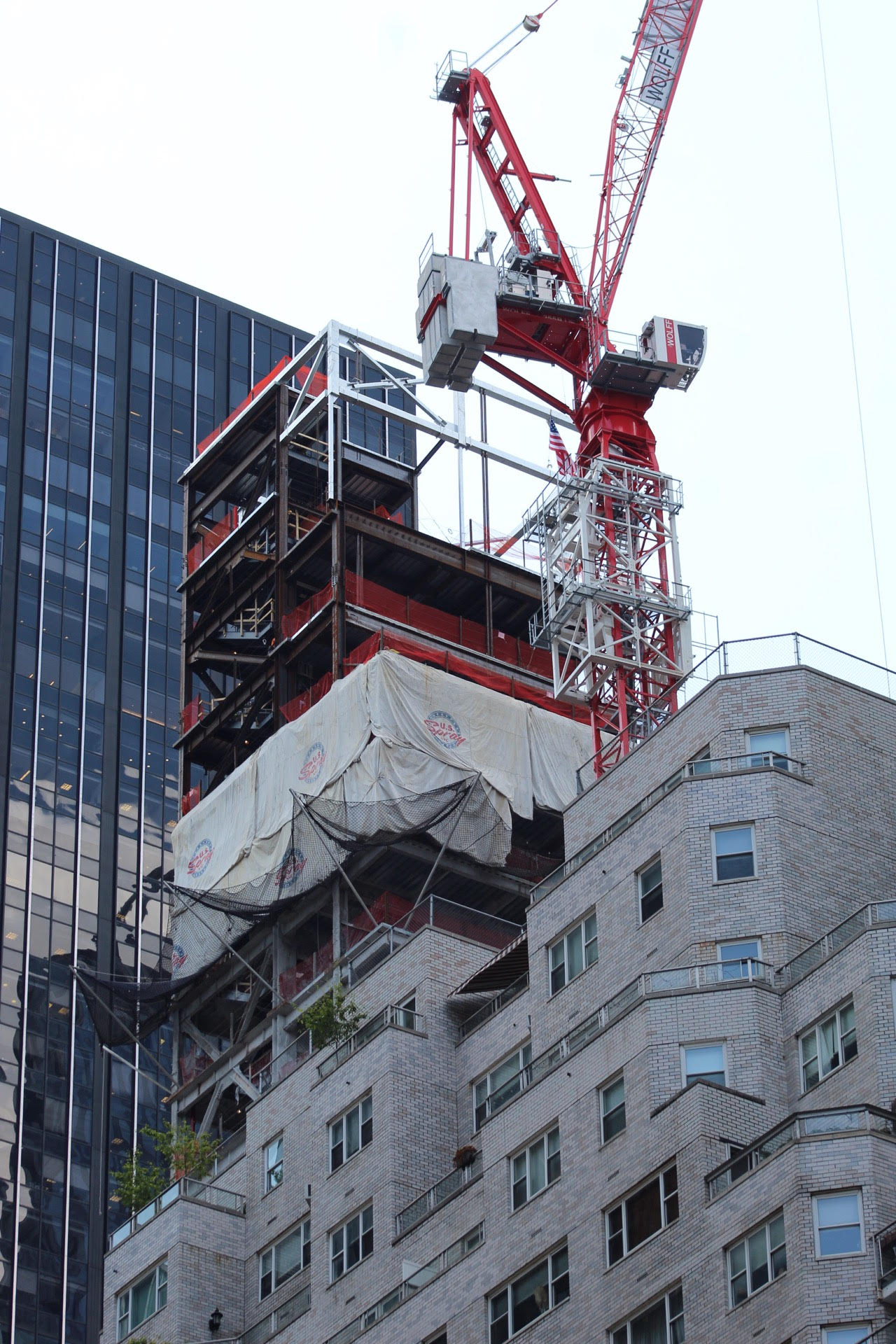 Completion of 106 West 56th street is expected sometime next year.