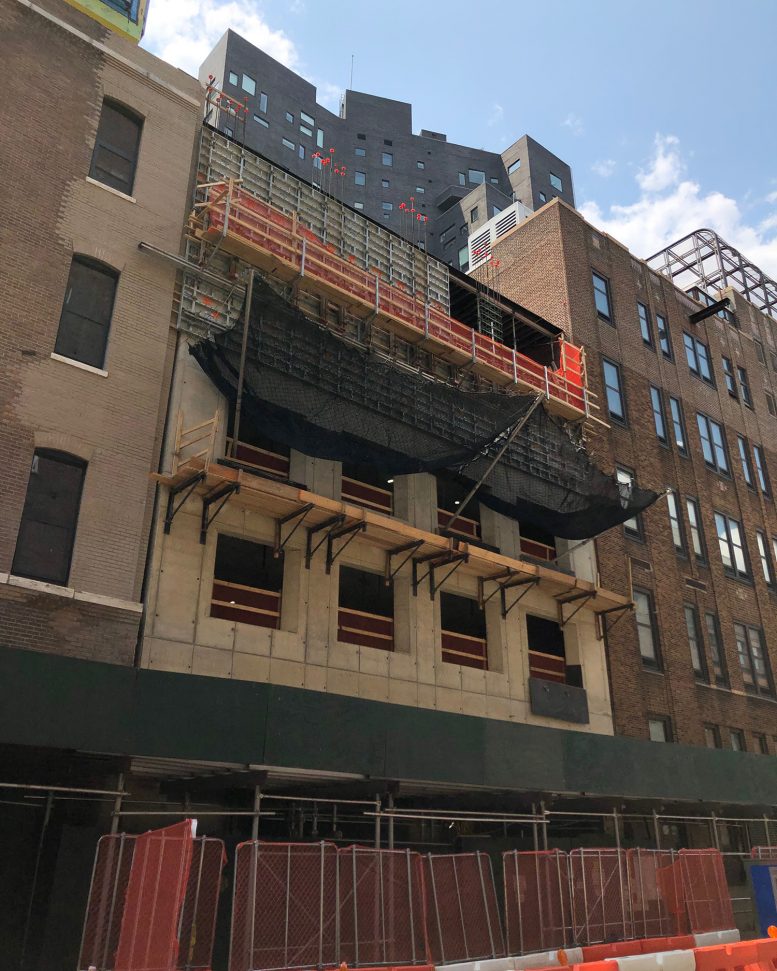 Construction is nearing the halfway mark at 532 West 20th Street, an 11-story condominium in Chelsea. A large amount of formwork is visible on the main façade as crews build out the walls of the fourth and fifth floors. Located between Tenth Avenue and Eleventh Avenue, the structure is being constructed by design-build firm DDG, which purchased the plot for $24.25 million in 2014. The building will contain 27,019 square feet of residential space divided into nine apartments, for an average of 3,000 square feet apiece. The site is a short walk from the High Line, the waterfront, and Chelsea Piers.

New photos show the progress of construction on the condominium, which features a grid of large windows on the northern elevation that stretch the entire 50-foot wide lot. 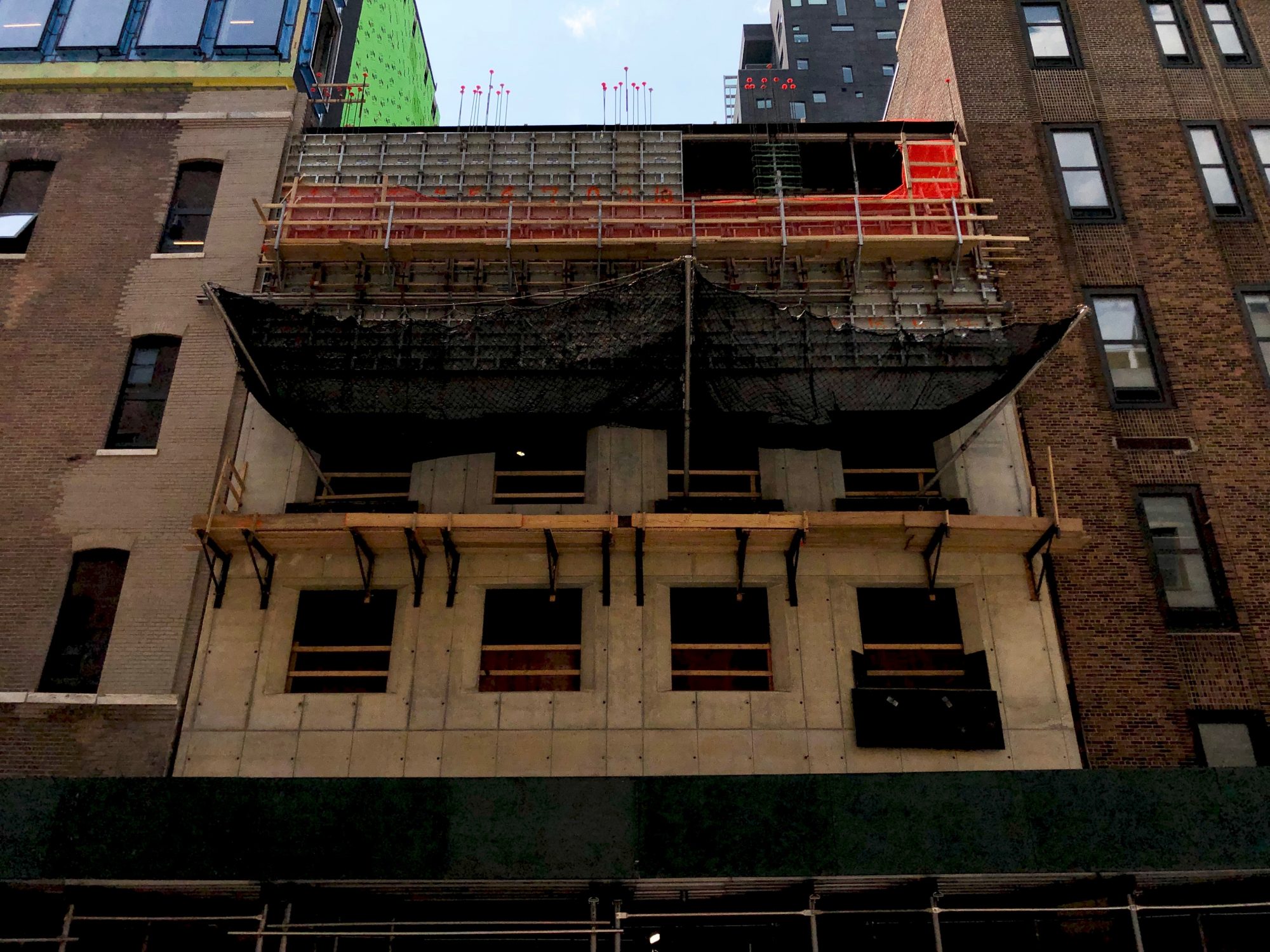 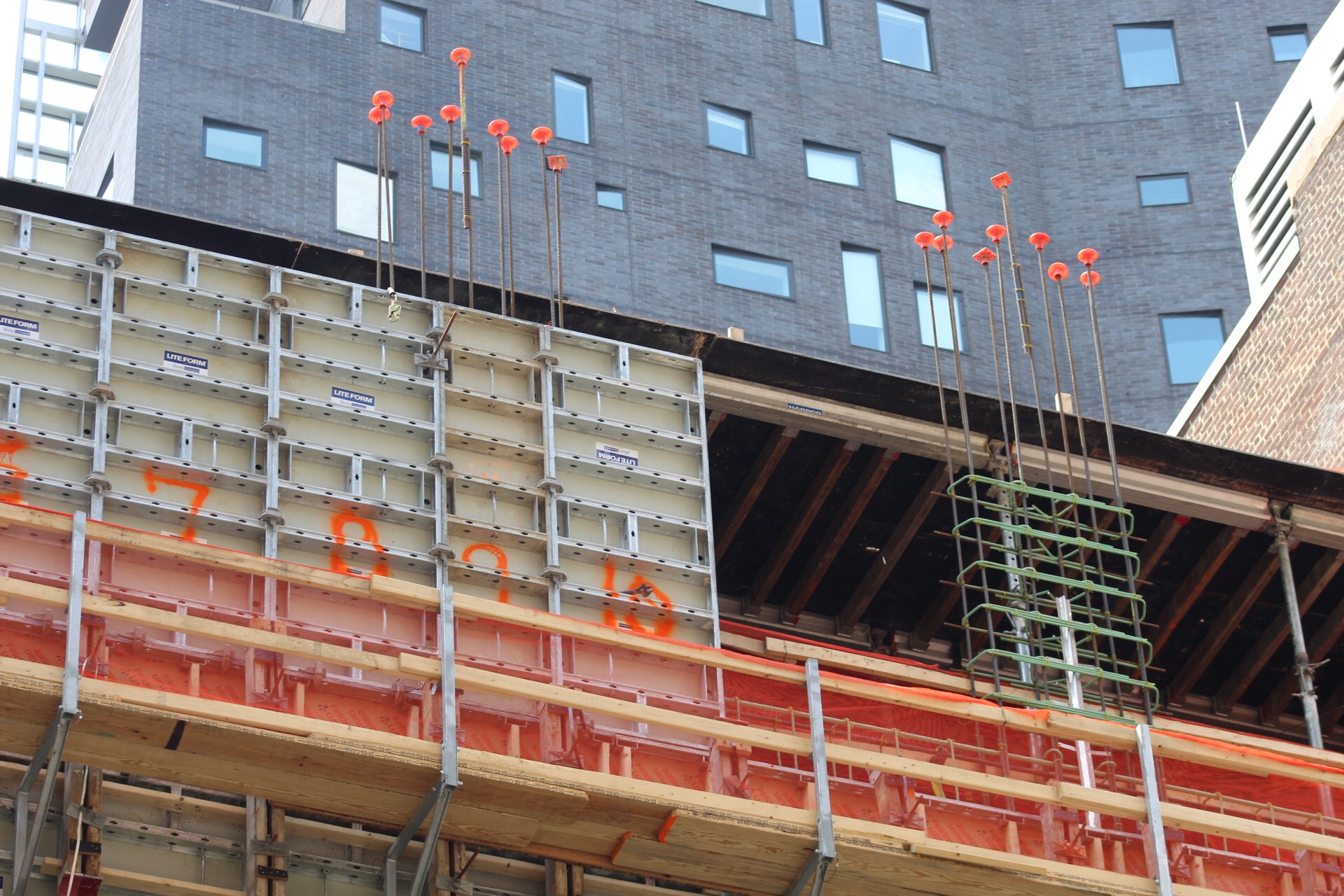 A close-up of the formwork and assembly of the main facade. Photo by Michael Young

The ground level will include ten parking spots and ten bike storage spaces, followed by utilities and storage on the second floor. Apartments will begin on the third story, with full-floor units all the way up to the 11th floor. The penthouse will have a private roof deck, while the rest of the units will have access to a shared rooftop terrace. Other amenities include a landscaped rear yard, a 24-hour concierge and doorman, and laundry rooms.

The site, which was formerly occupied by a single-story structure that housed the Anton Kern Gallery, is located next to Morris Adjmi Architect’s 520 West 20th Street office project, called “The Warehouse.” 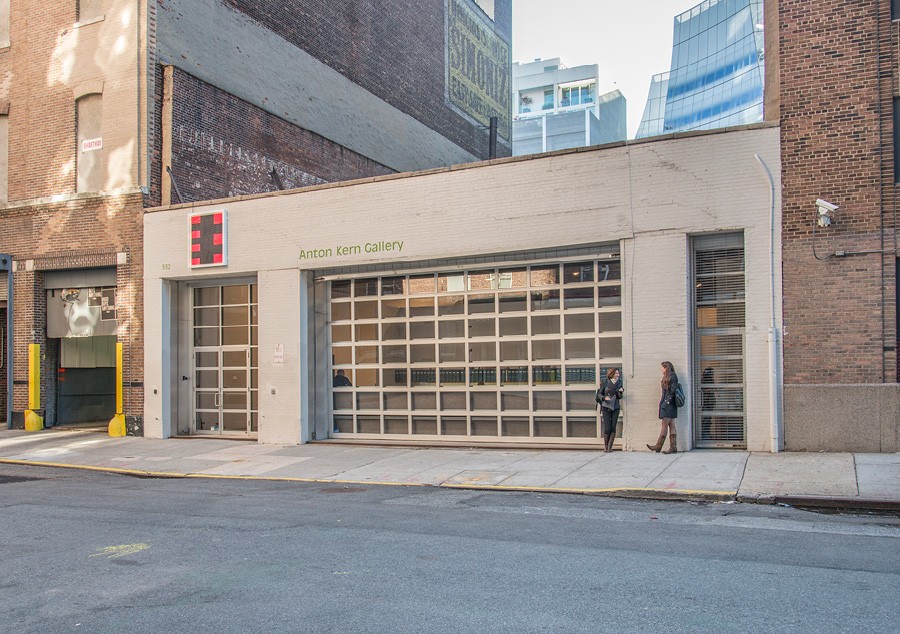 The construction fence lists a winter 2019 completion date, although 532 West 20th Street is more likely to be finished sometime in 2020. 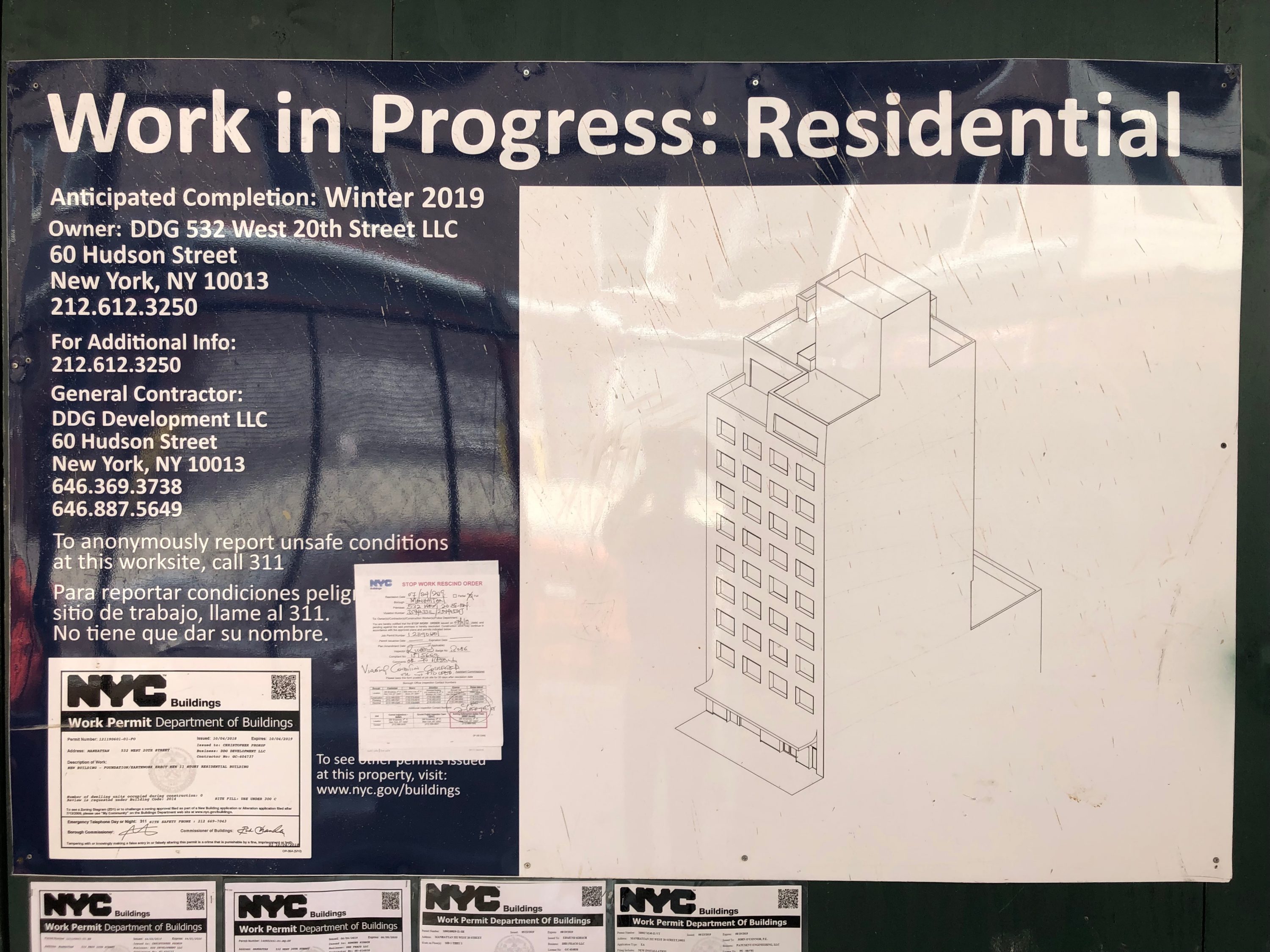 5 Comments on "532 West 20th Street Continues to Rise Near the High Line, in Chelsea"