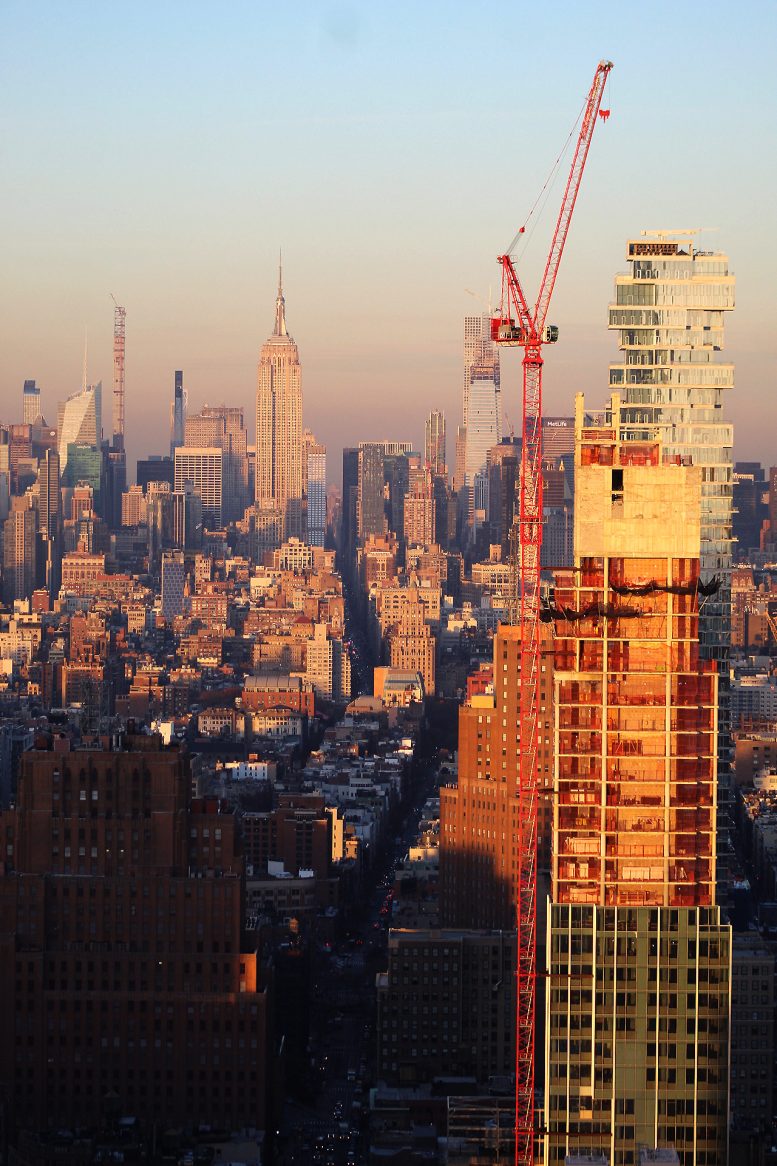 45 Park Place in the foreground. Photo by Michael Young

YIMBY is counting down the 31 tallest skyscrapers under construction in New York City. Our annual list looks at projects that made a substantial amount of progress since the beginning of 2019. We start with 45 Park Place, a 43-story reinforced concrete superstructure topped out at 667 feet tall above the Manhattan neighborhood of Tribeca. The modestly slender skyscraper is designed by SOMA Architects with Ismael Leyva Architects serving as the executive and residential architect. The property is being developed by Sharif el-Gamal of Soho Properties. The Piero Lissoni-designed interiors are being handled and marketed by Corcoran Sunshine.

Photos from around the site and above show the state of the project as it appears right now. 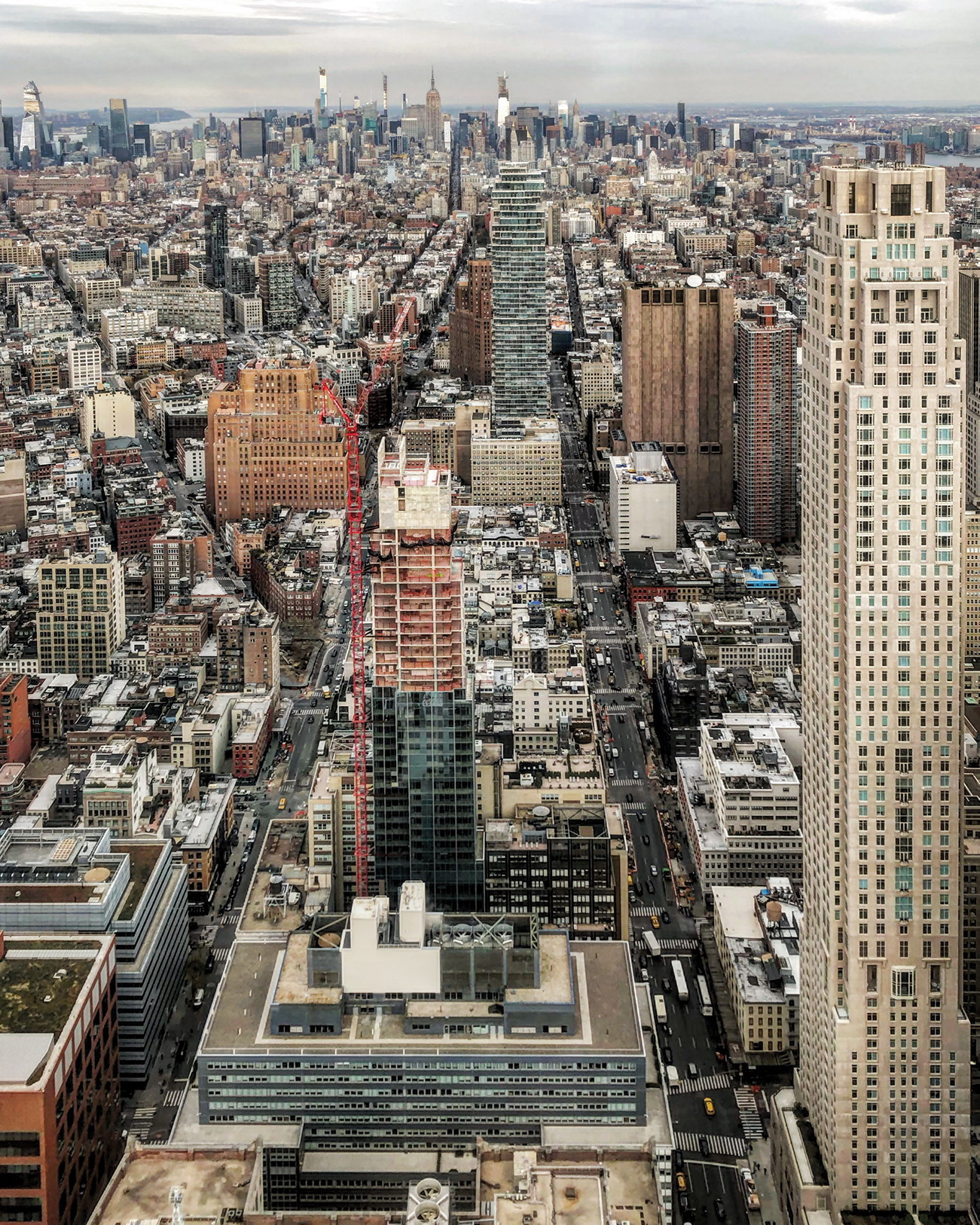 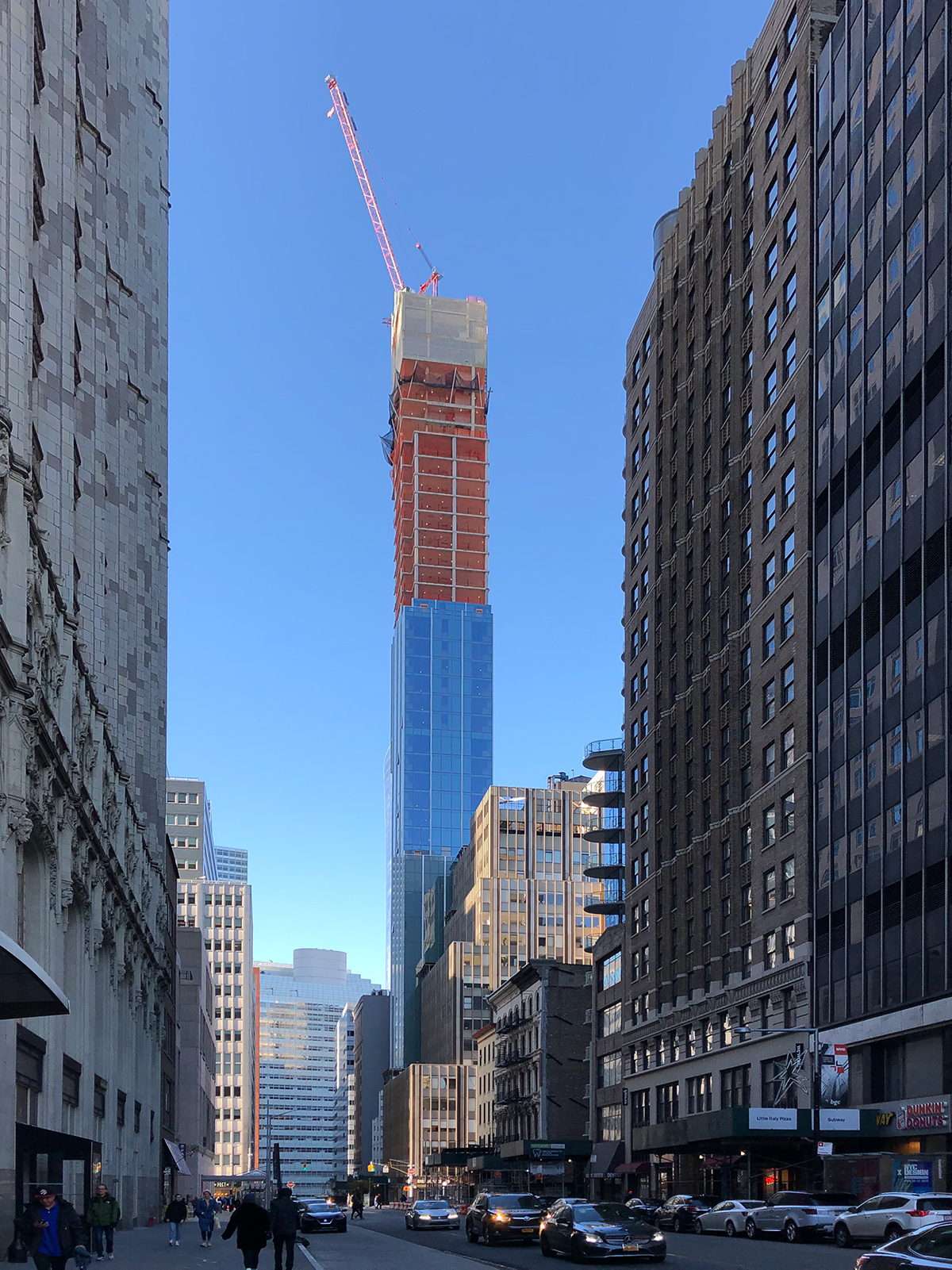 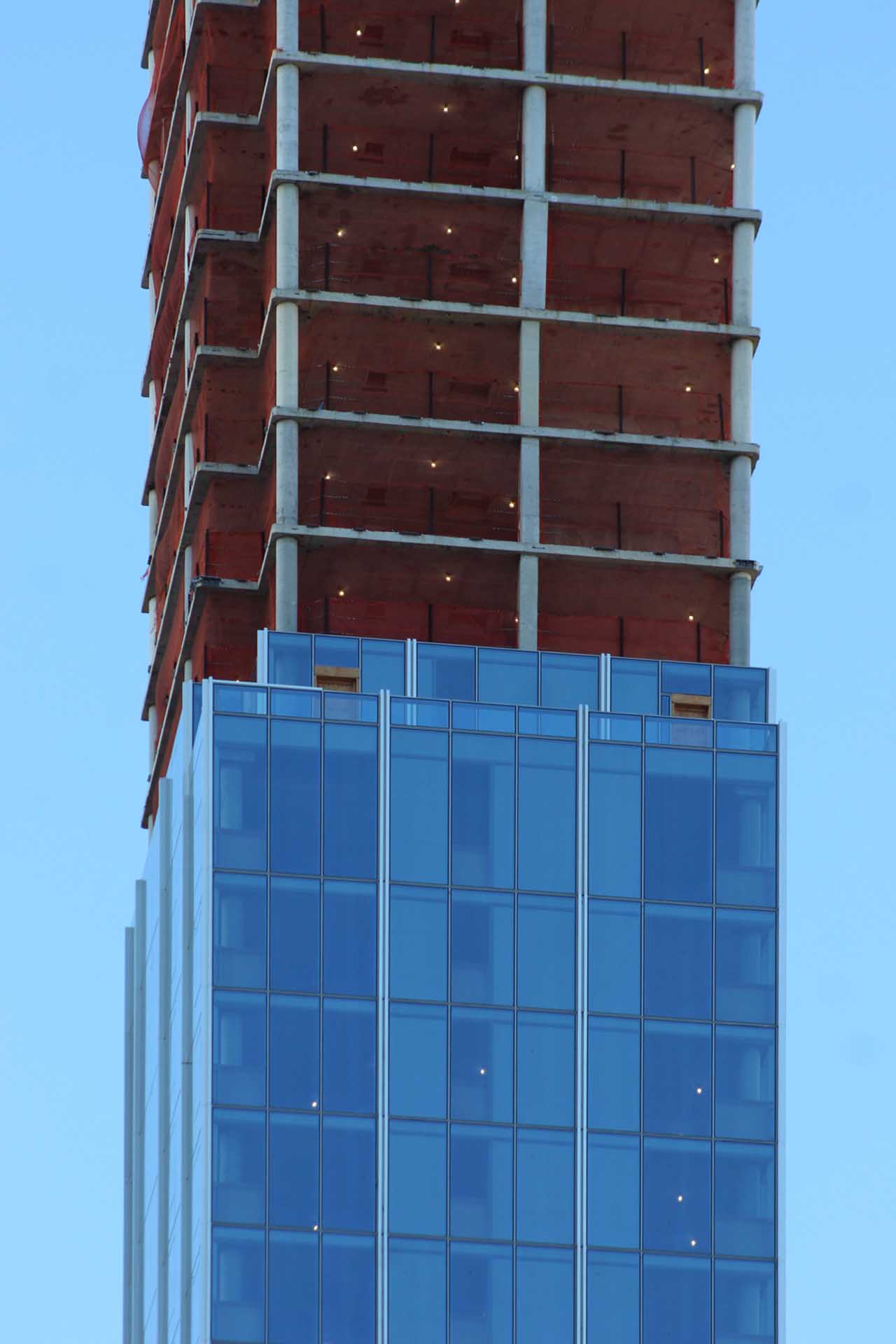 2019 saw a quick vertical rise for 45 Park Place, eventually topping out this past summer. However, the glass curtain wall installation has appeared to have stalled about two thirds of the way up. No word has been released on the nature of the delays or when work will resume. The upper third of 45 Park Place and the crown are the last parts to be covered in the exterior envelope. Permasteelisa Group and Vidaris are the façade consultants. 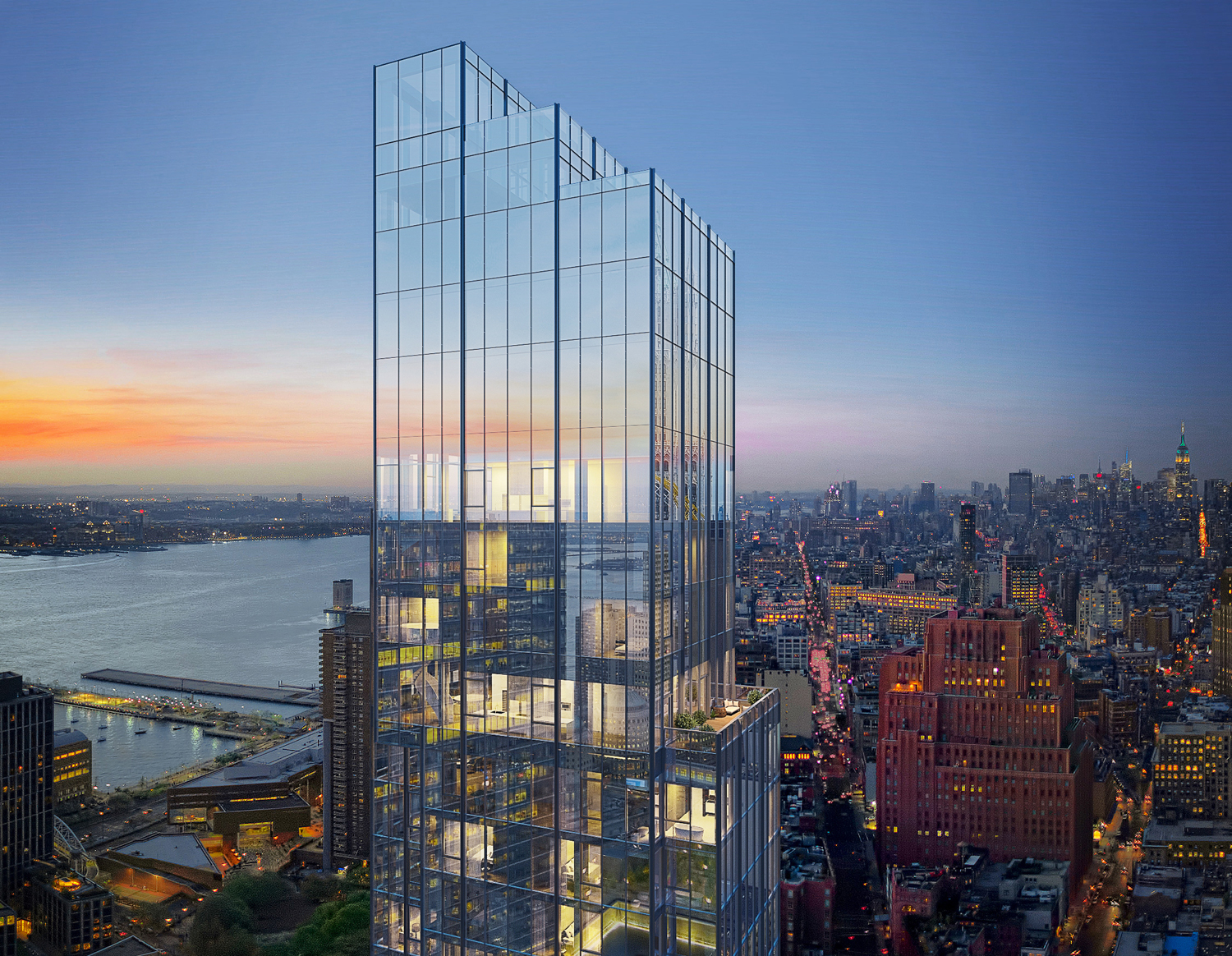 Construction has also yet to begin on 51 Park Place, which is slated to become a 71-foot-tall, 16,000-square-foot Islamic cultural center.

A completion date for 45 Park Place has not been heard of, but sometime next year seems likely.