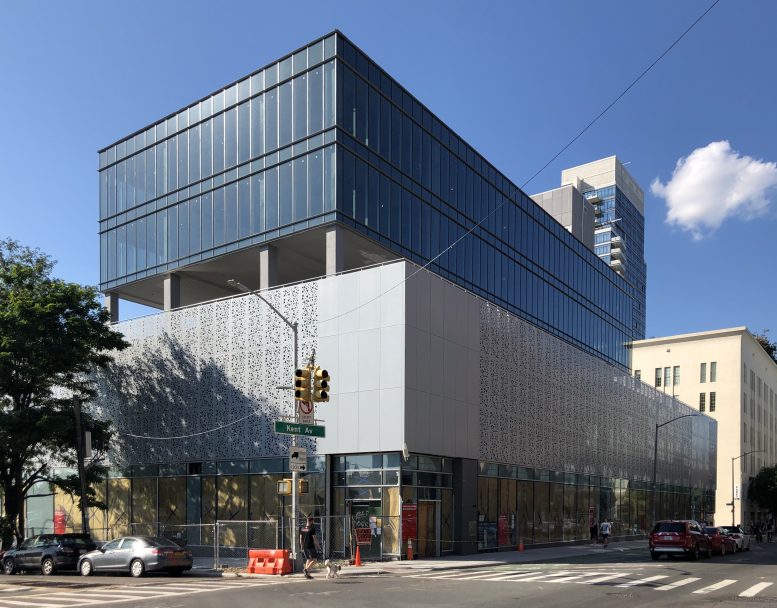 Exterior work is wrapping up on 200 Kent Avenue, a six-story mixed-use building in Williamsburg, Brooklyn. Designed by ME Architect P.C., the 125,000-square-foot development stands 83 feet tall and is being developed by Cornell Realty Management, which purchased the full-block parcel for $33 million with two anonymous entities nearly four years ago. The site is bound by Kent Avenue to the east, Metropolitan Avenue to the south, River Street to the west, and North 3rd Street to the north.

Recent photographs show the building’s two distinct façade sections mostly complete. A two-story massing clad in glass sits perched atop an opaque gray podium, which is enclosed in metal panels that are etched with a pattern of triangular and circular cutouts. The backside of the building facing the East River was a little behind in our February update. Brown paper and tape now cover the inside of the glass around the first story. Some sidewalk barriers and metal fencing still remain. 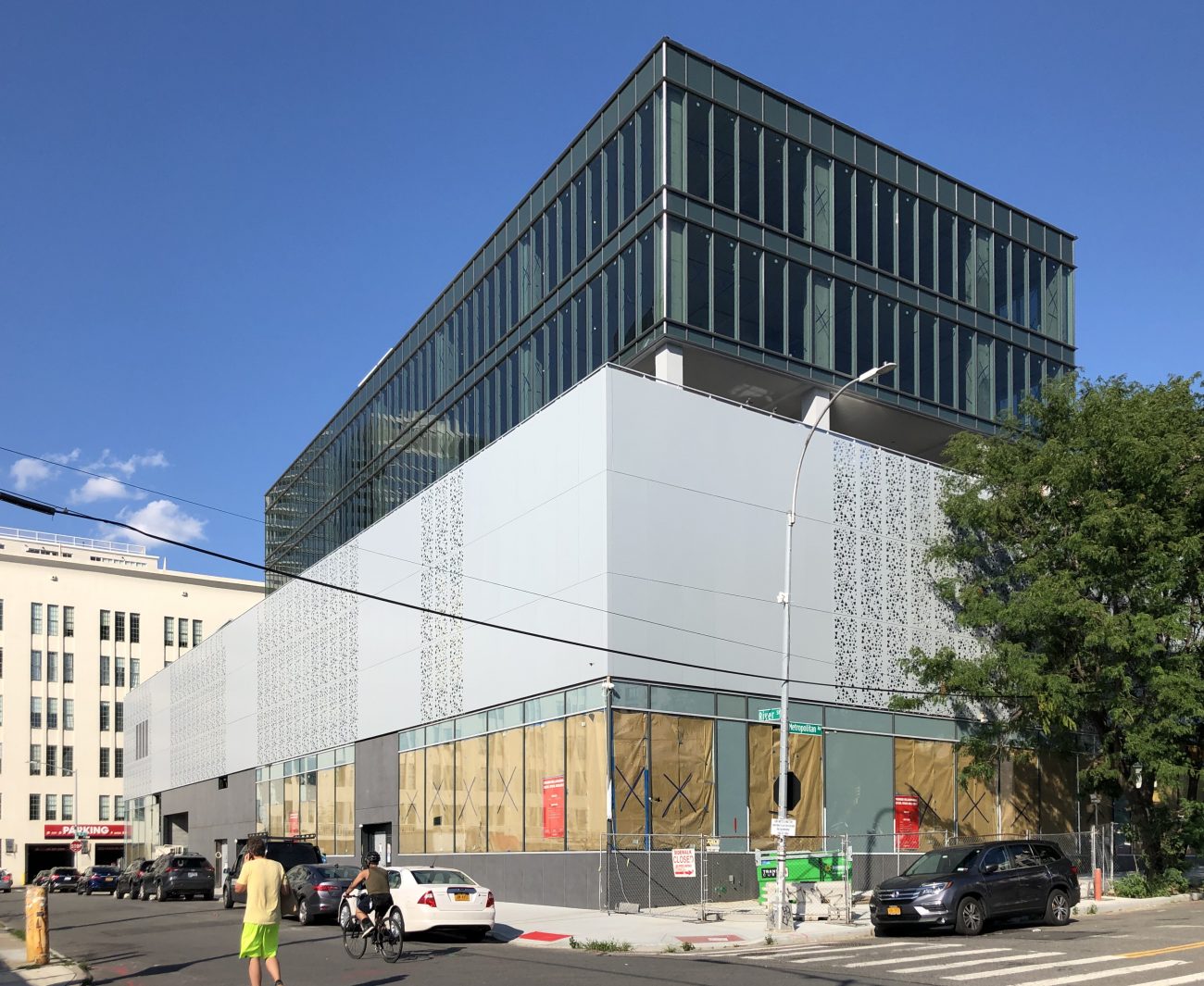 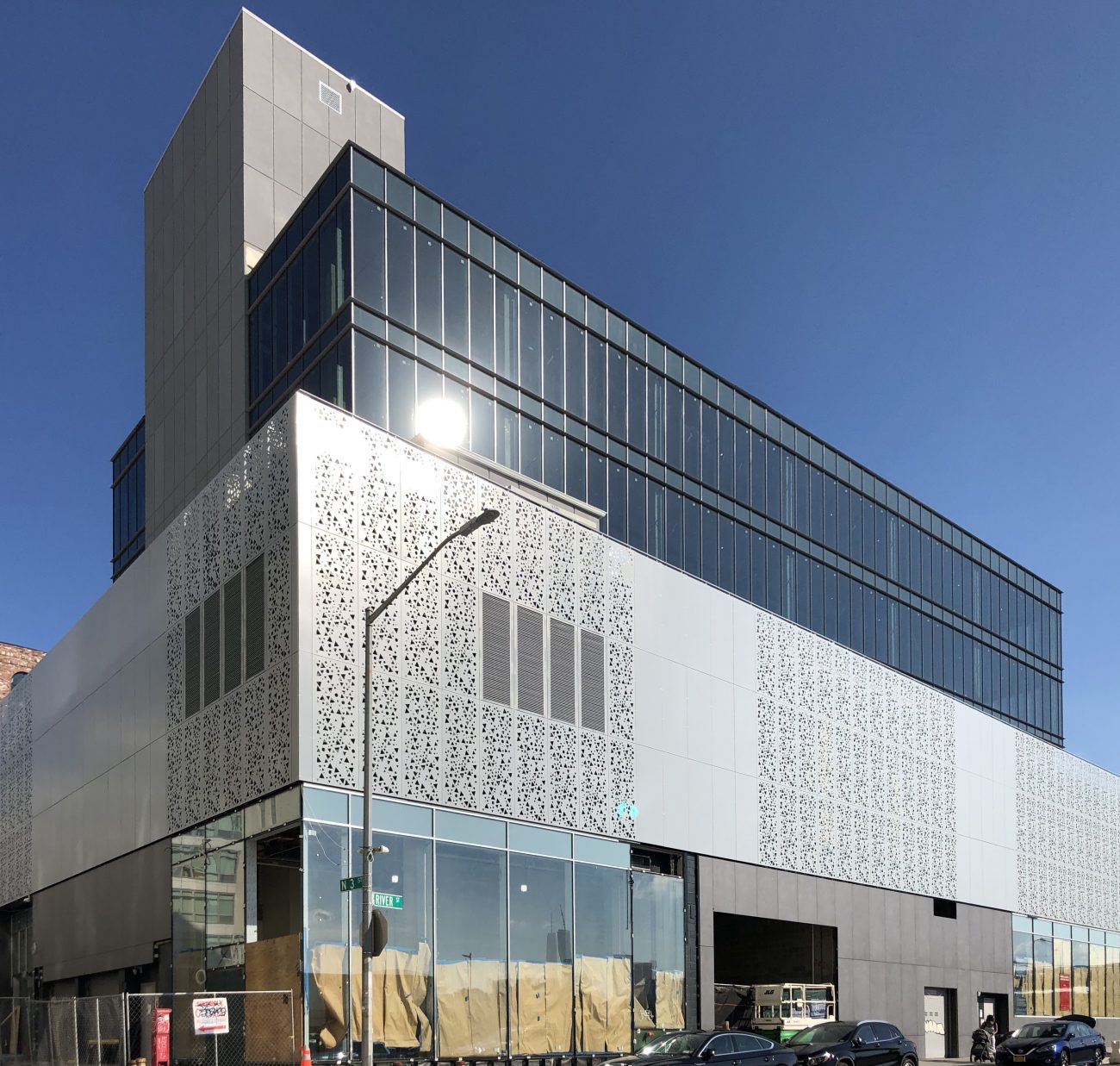 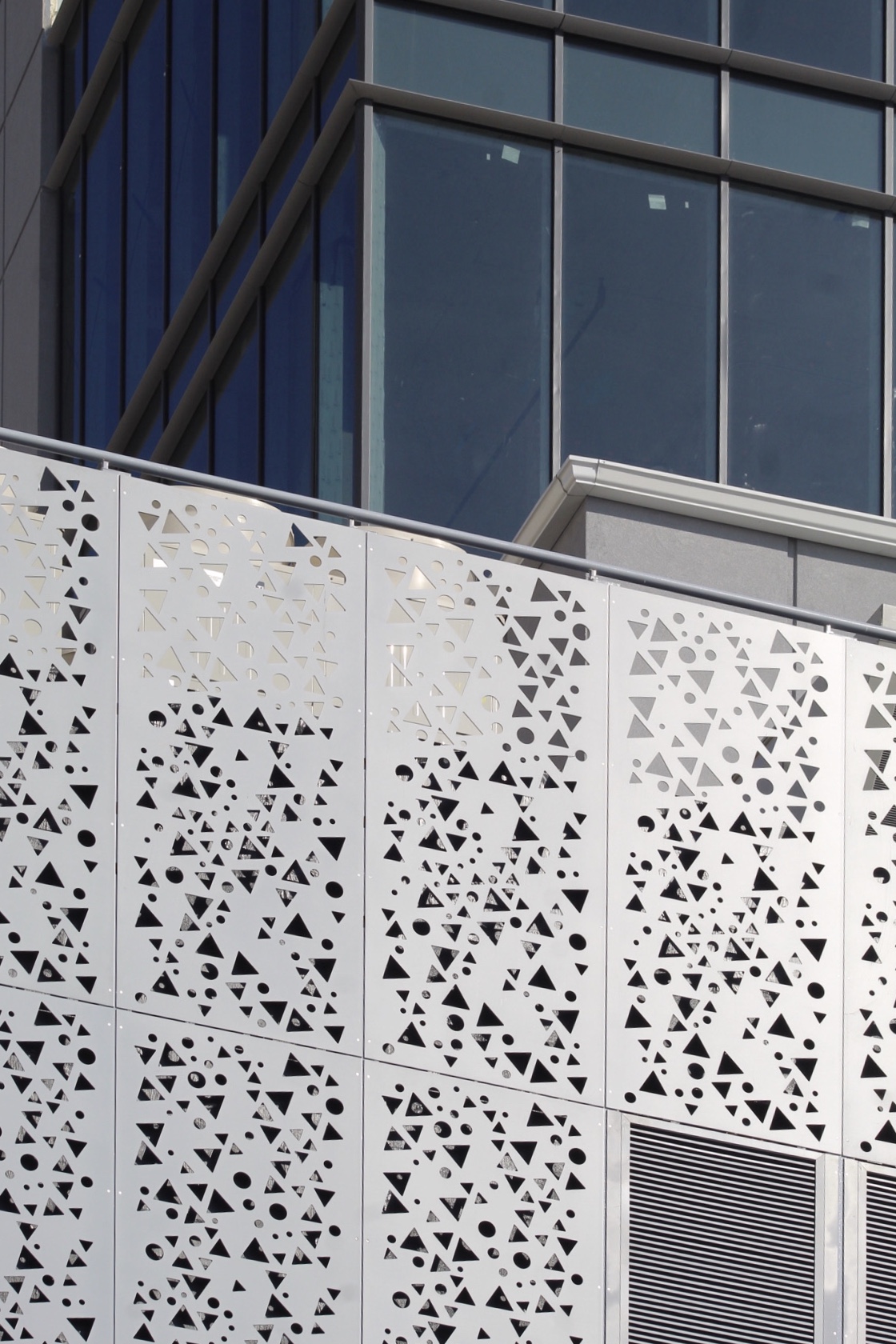 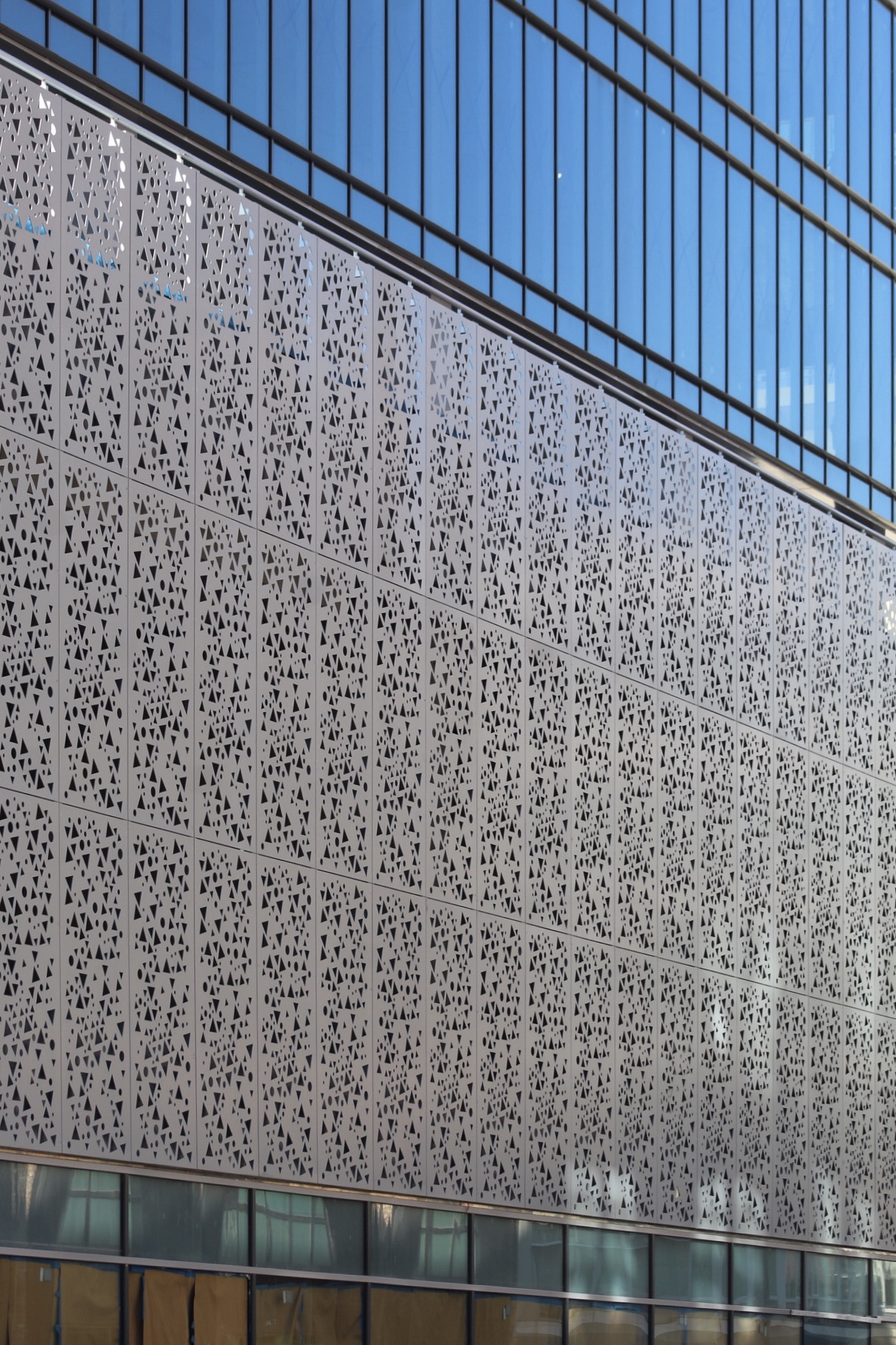 It’s unclear what retail tenant will occupy the podium, though YIMBY and other websites have previously speculated it could be a Trader Joe’s. Office tenants on the top two floors will have views of the East River, the Williamsburg Bridge, and Lower Manhattan to the south. The closest subway is the G train at the Bedford Avenue station, while the North Williamsburg ferry terminal is a short walk to the north along the East River waterfront. The northern tip of Domino Park and Grand Ferry Park are two blocks to the south.

An official completion date for 200 Kent Avenue has not been announced.

5 Comments on "Construction Wrapping Up on 200 Kent Avenue in Williamsburg, Brooklyn"