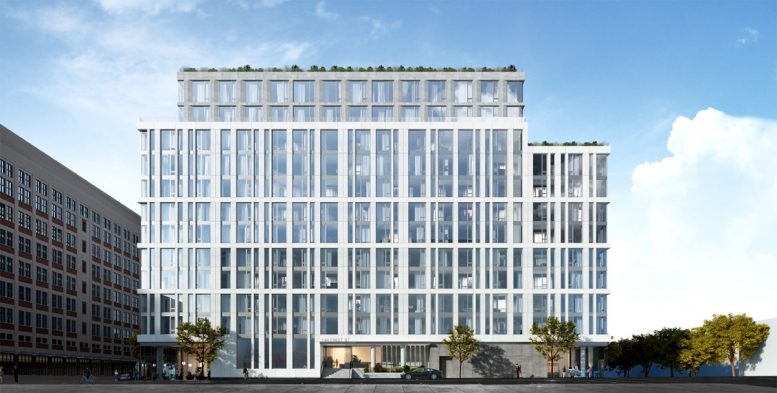 Following several years of development, EPIRE has revealed the final architectural renderings of 144 First Street in Jersey City. Located in the city’s Powerhouse Arts District, the 12-story building will contain a mix of residential and retail area.

The development is designed by Fogarty Finger Architecture and will eventually comprise just over 111,000 square feet. The residential component will be divided into 84 apartments ranging from studios to three-bedroom layouts. A portion of the units are expected to be priced as affordable homes. Future occupants will also have access to 3,732 square feet of outdoor space perched atop the roof.

In addition to a residential lobby, the ground floor will also support a retail component with frontage along First and Second Streets. At this phase of development, the retail tenants have not been announced and will likely not be revealed until construction is underway.

The rendering shows a structure with an orthodox massing and one main setback just below the roof level. The curtain wall is made up of white cladding surrounding floor-to-ceiling windows, with a grid that breaks the façade up with multiple-story sections. A terrace with glass railings is positioned atop the setback, and there also appears to be a landscaped roof deck. 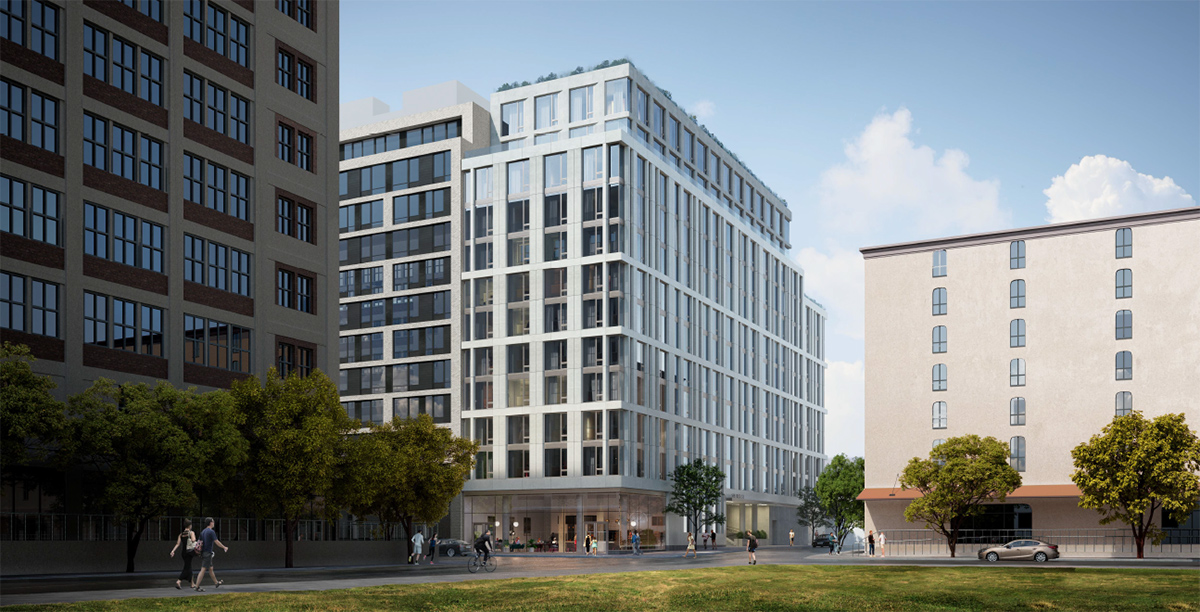 In 2016, LWDMR Architects revealed renderings of an 11-story hotel building on the same lot that is currently listed as 144 First Street. Beyond demolition of a preexisting warehouse structure by the previous developer, new construction did not begin, and the lot is currently vacant.

This latest iteration of the development with EPIRE and Fogarty Finger Architecture is expected to break ground this fall and has achieved full support from the Jersey City Planning Board and the Powerhouse District Community Board. 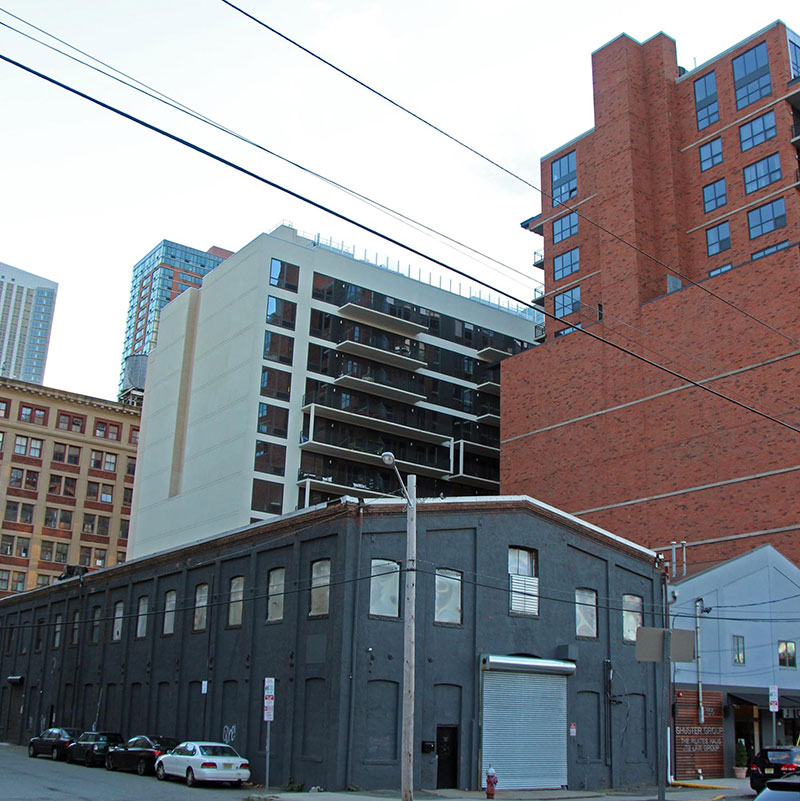