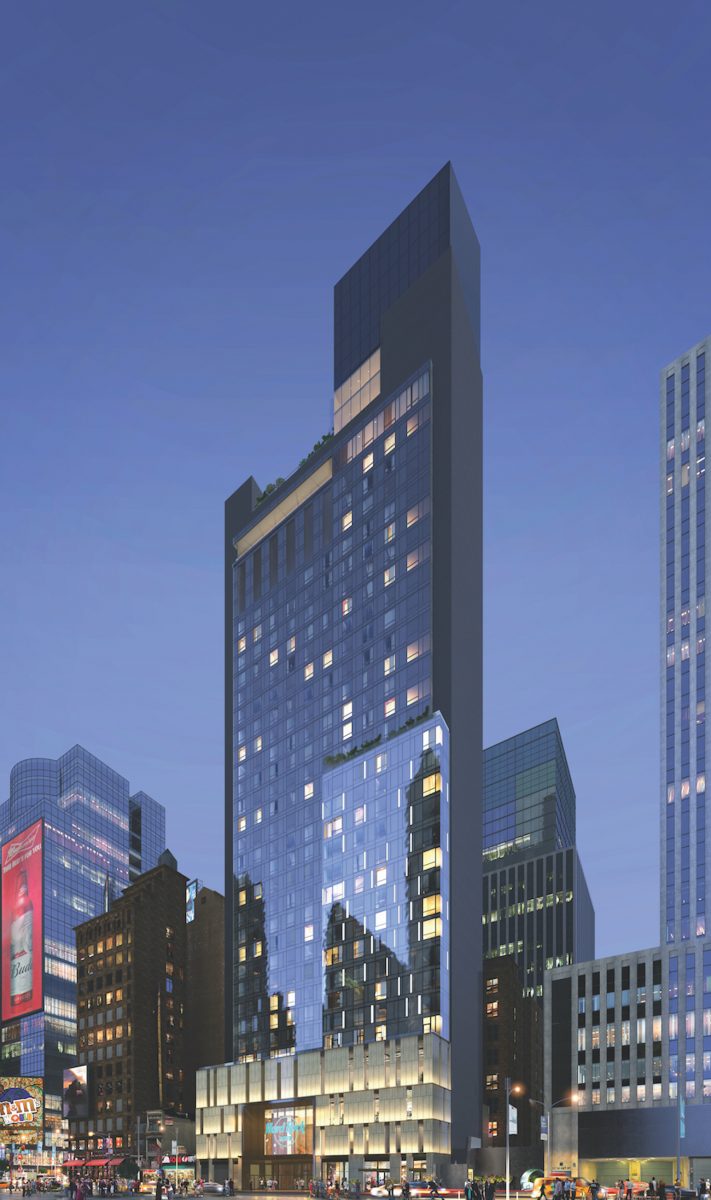 The Hard Rock Hotel’s glass curtain wall is closing in on the final floors of the 35-story project at 159 West 48th Street in Times Square. Developed by Extell and Hard Rock International, the structure made incredible progress over the past few months, reaching its 442-foot-tall parapet in the blink of an eye. The 291,000-square-foot development will contain 446 guest rooms, two entertainment venues, flexible meeting spaces, round-the-clock dining options, a fitness center, and a rooftop lounge. SLCE Architects is the architect of record.

YIMBY visited the site, which is located between Sixth and Seventh Avenues, shortly after Extell held the topping out ceremony. The bottom half of the edifice facing West 48th Street has been enclosed in a dark reflective glass envelope. Metal frame studs line the perimeter of the multi-story podium above the tall green sidewalk scaffolding assembly. 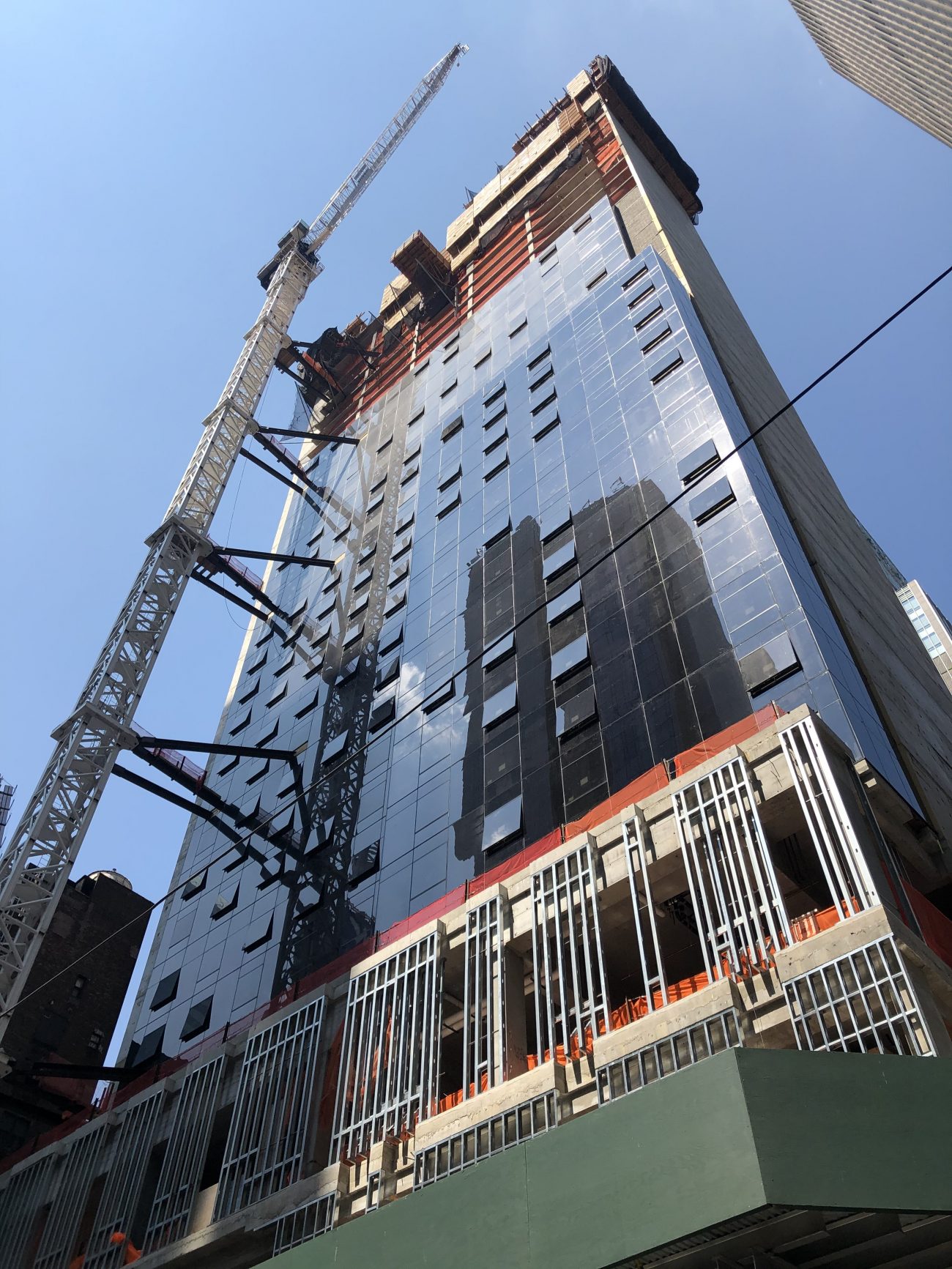 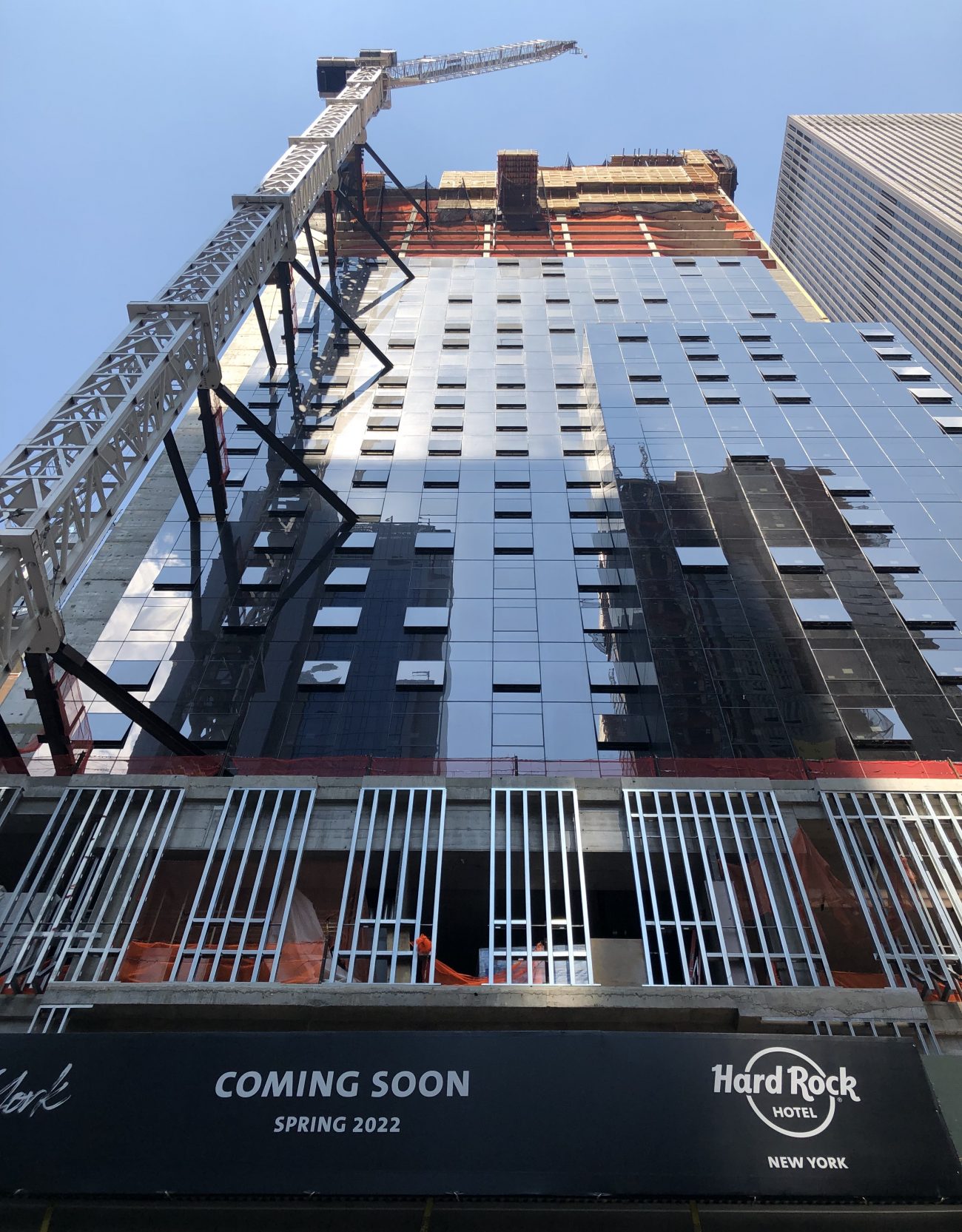 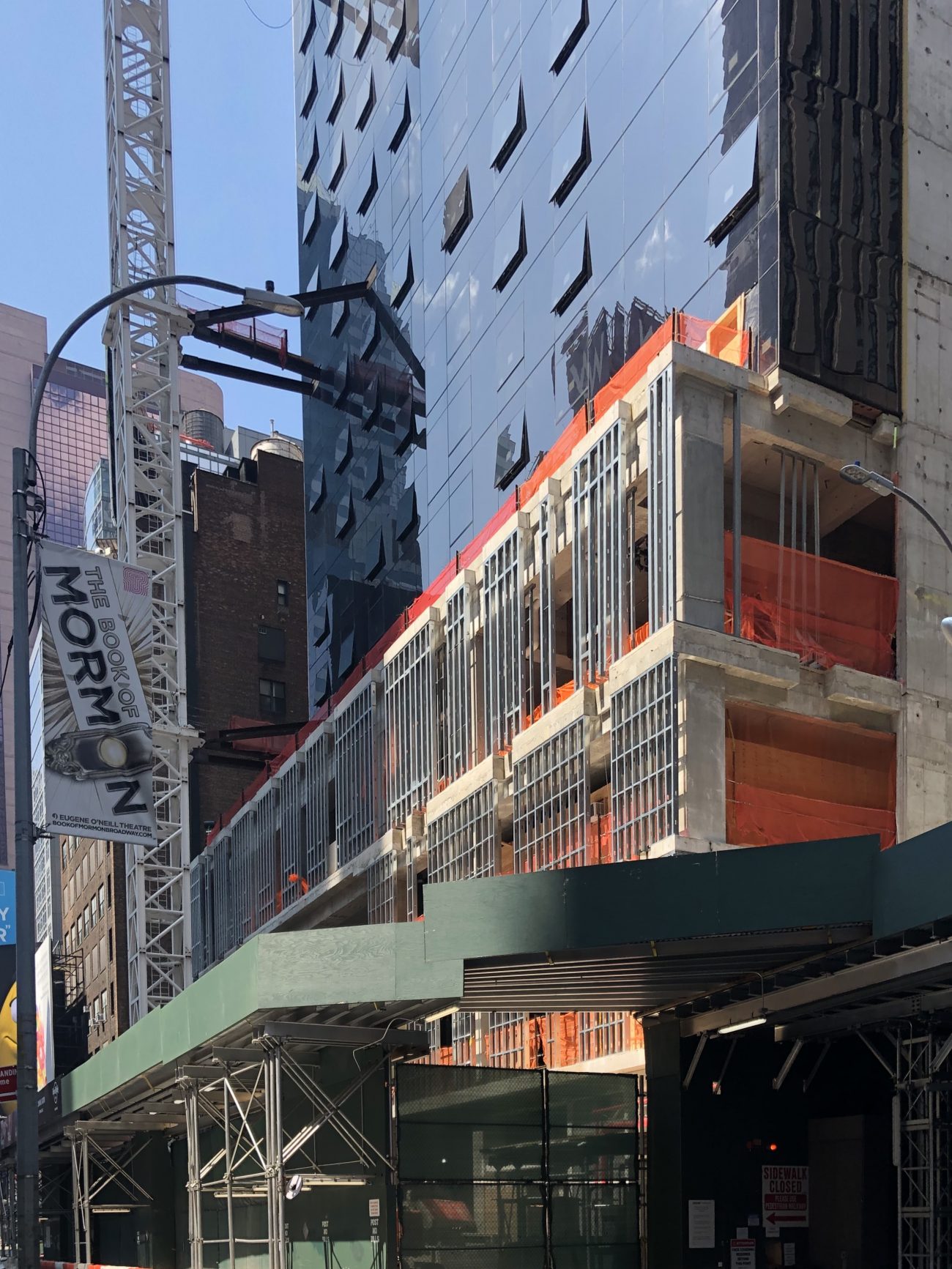 The tower can be easily seen from the Times Square pedestrian plazas by the TKTS grandstand. 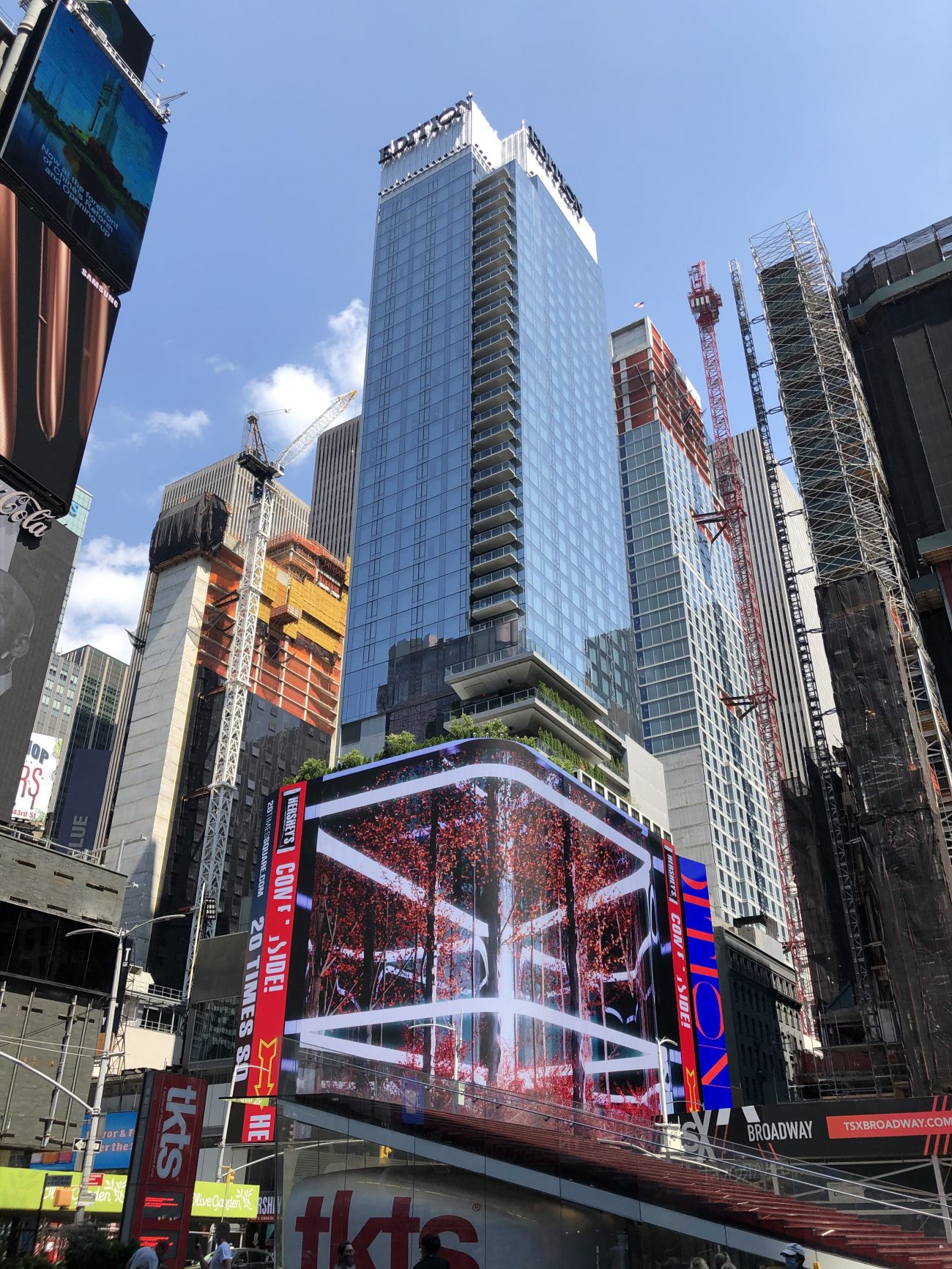 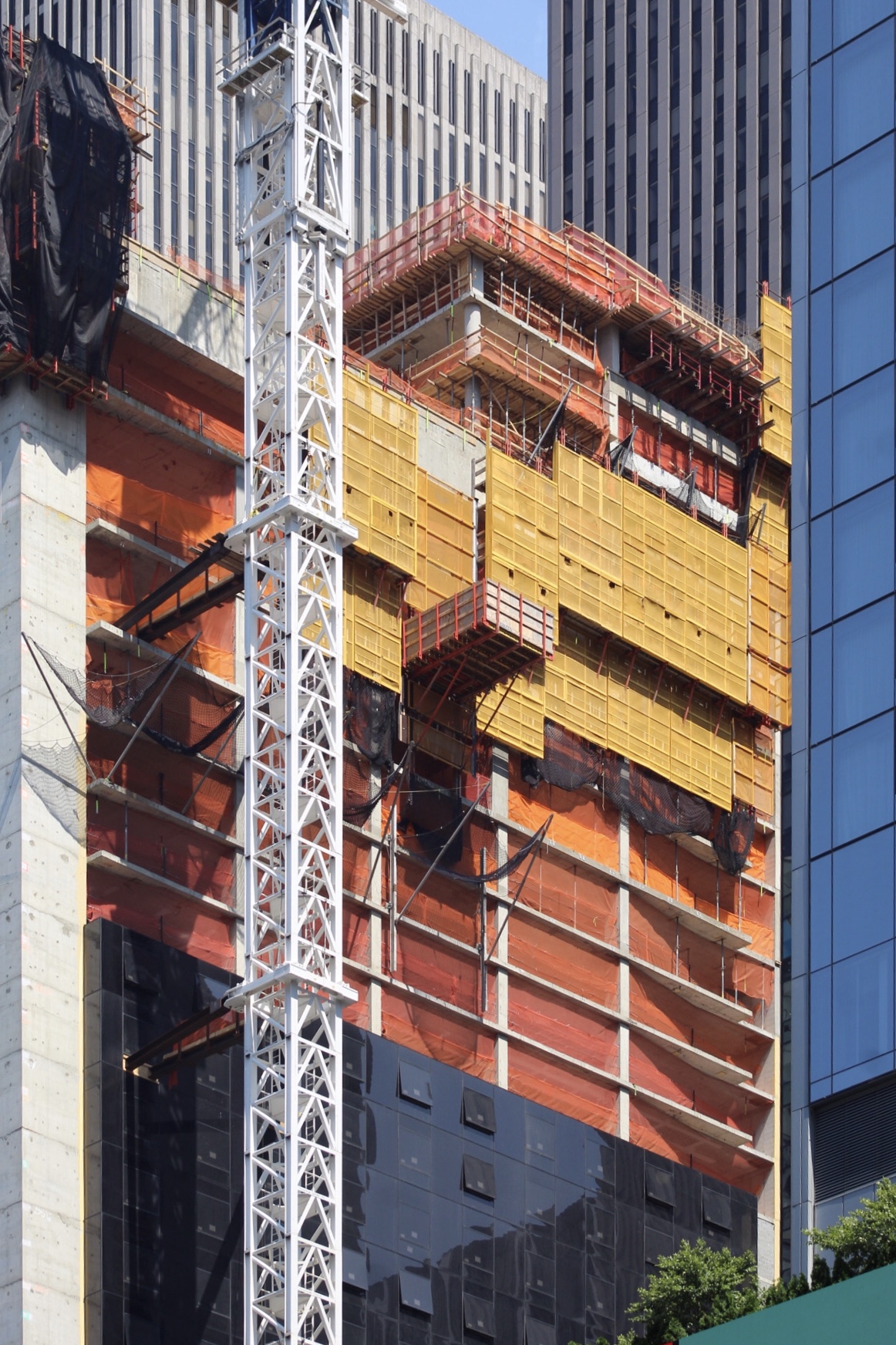 The upper stories are close to reaching their final form, where a plethora of formwork and scaffolding aid in the setting of the concrete. The crown of the building will be composed of tall blank walls surrounding the mechanical levels, and will be emblazoned with an illuminated Hard Rock logo. Looking up from the western side, one can see the extent to which the glass on the broad northern and southern elevations protrudes from the concrete superstructure.

Construction on the hotel is occurring during one of the most transformative periods in Times Square’s history. The Hard Rock Hotel joins a number of hospitality projects underway at the crossroads, collectively refreshing the look of the neighborhood and bringing a wealth of guest rooms to one of the world’s leading tourist destinations. 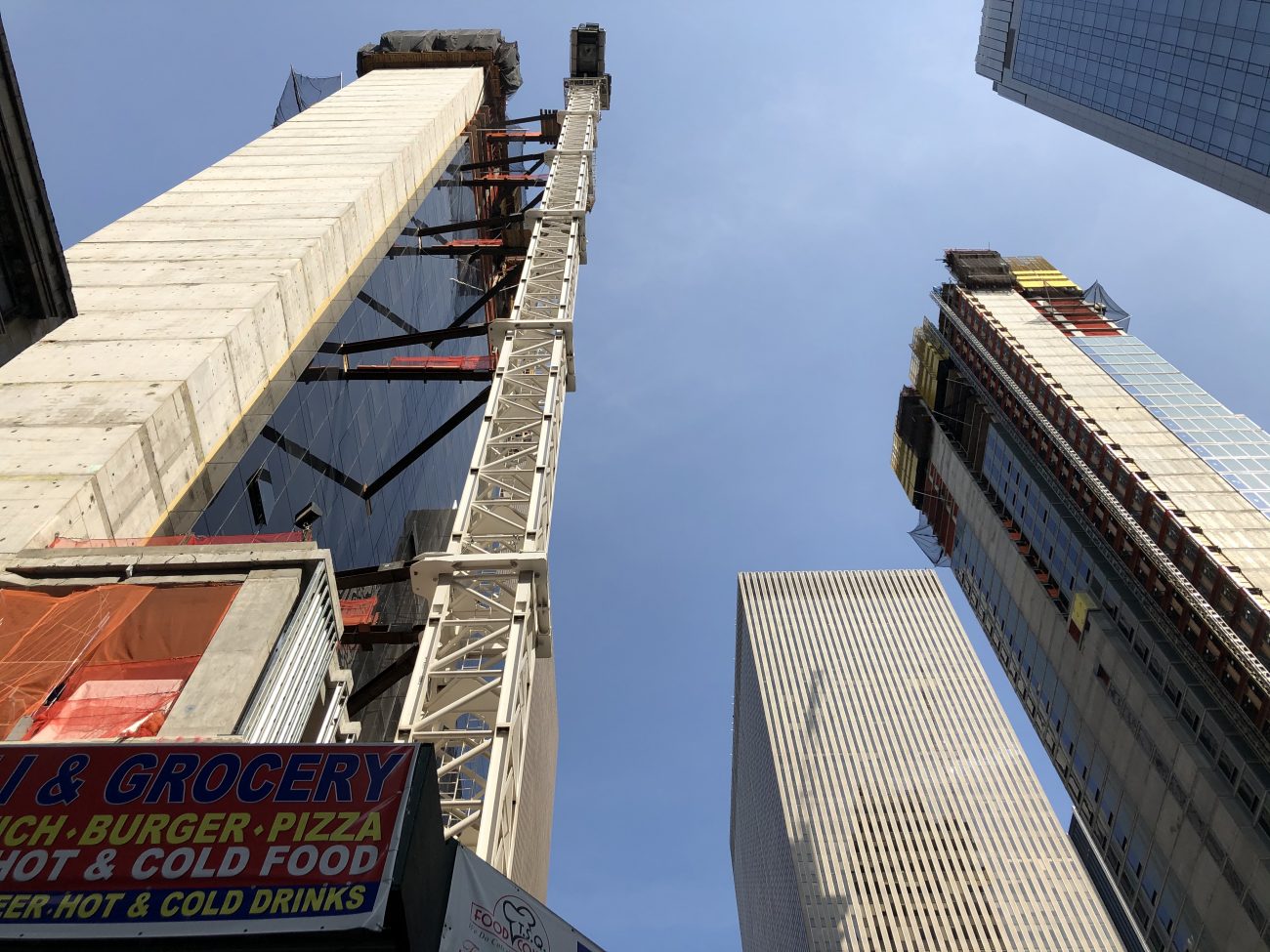 The Hard Rock Hotel is planned to be completed by 2022.