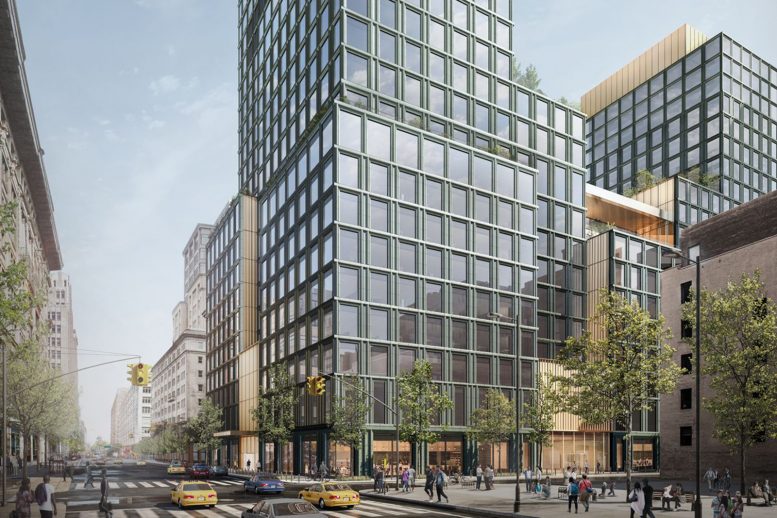 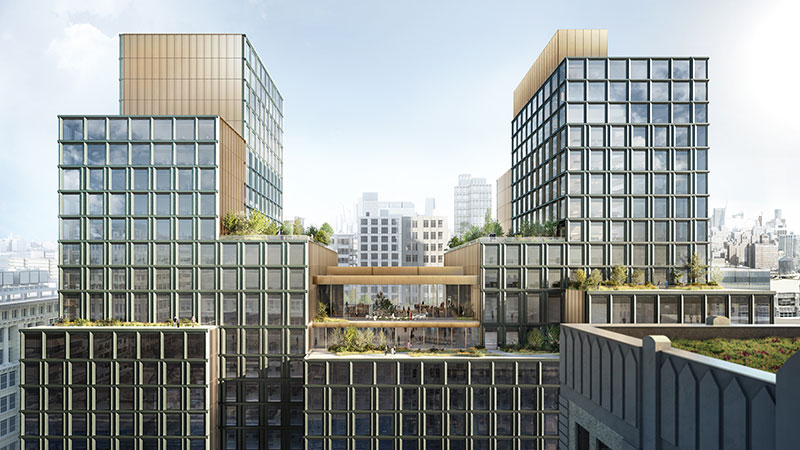 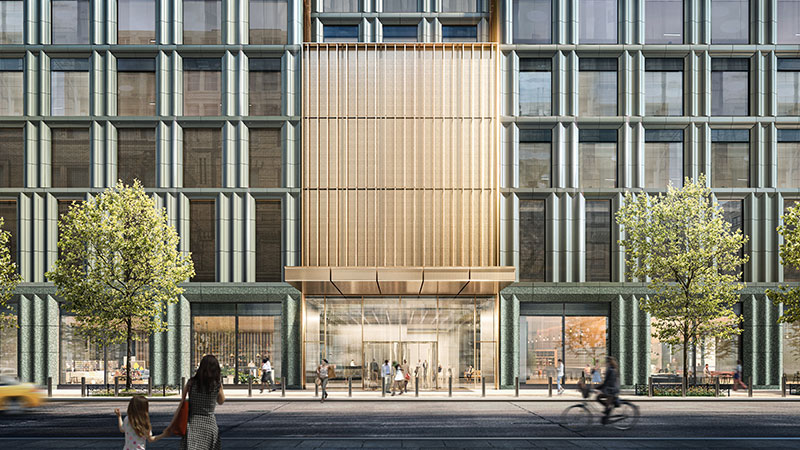 Recent photos show the state of excavation at the site, which is bound by Vandam Street to the north, Varick Street to the east, Spring Street to the south, and Hudson Street to the west. The perimeter is surrounded by a number of large warehouse buildings, most of them renovated into contemporary office space. There are several excavators working at different elevation points and we can see part of the retaining walls on the northern and southern ends exposed. Crews started to dig from the middle and are working toward the eastern and western edges of the land. 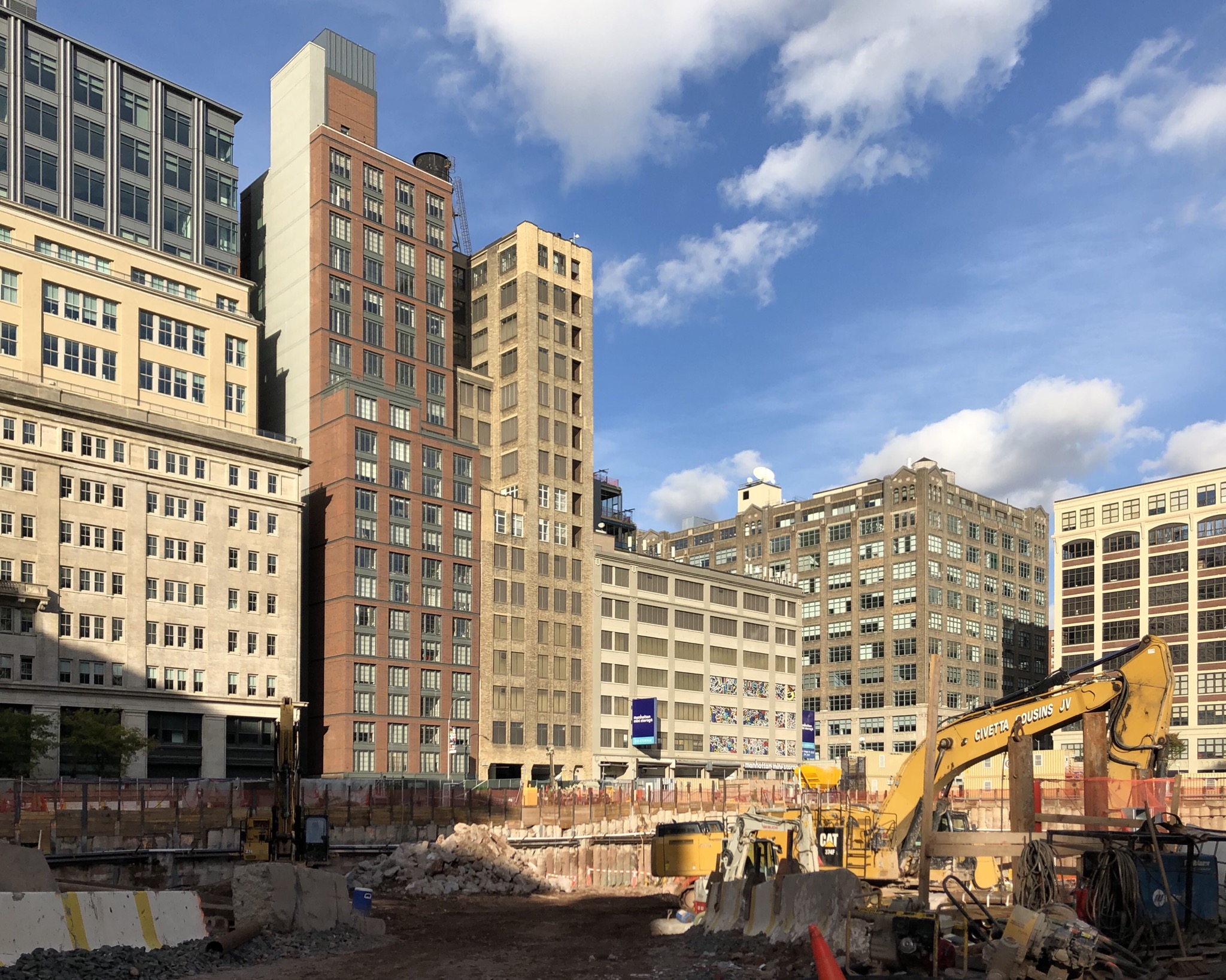 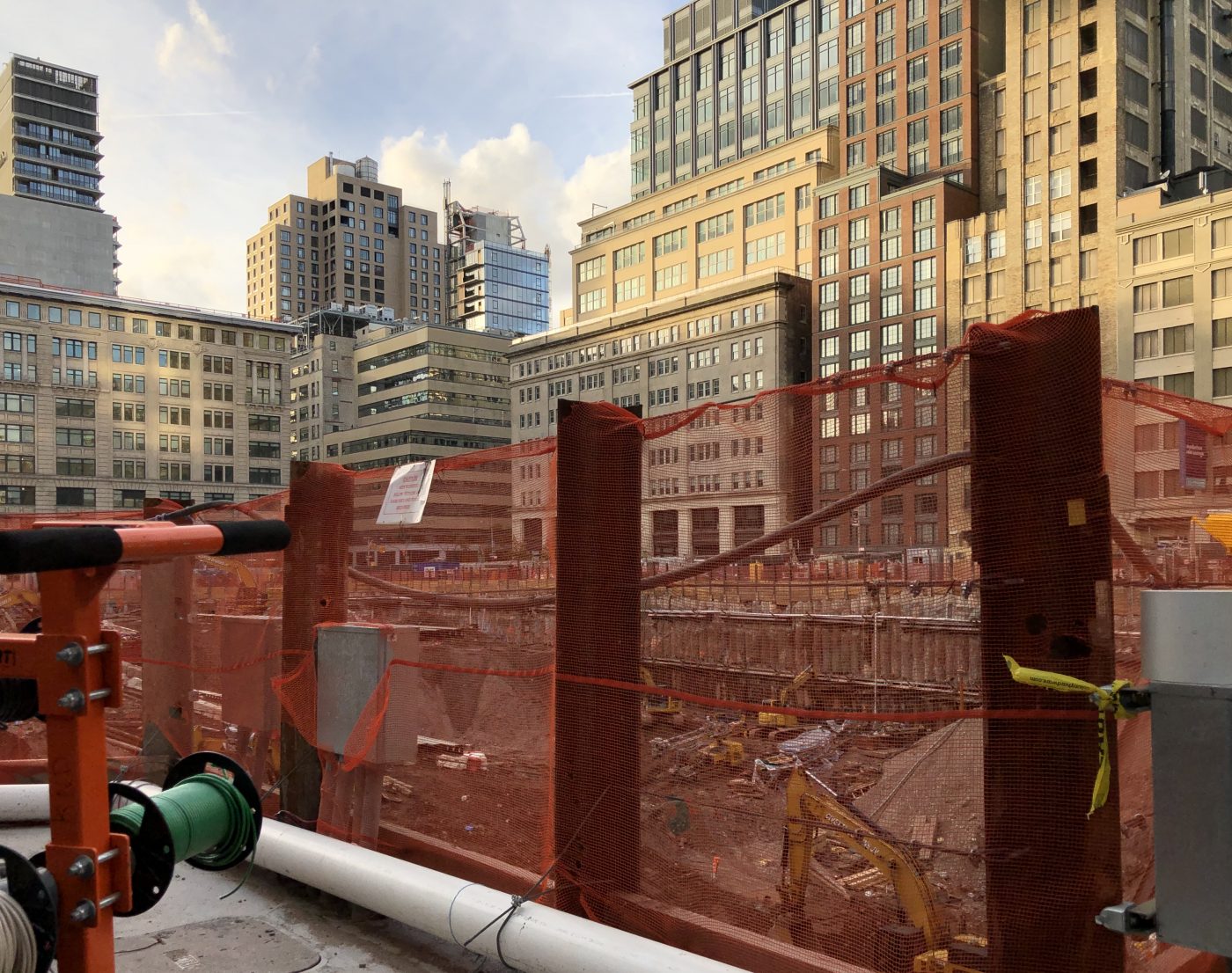 Looking west at the excavated pit. Photo by Michael Young 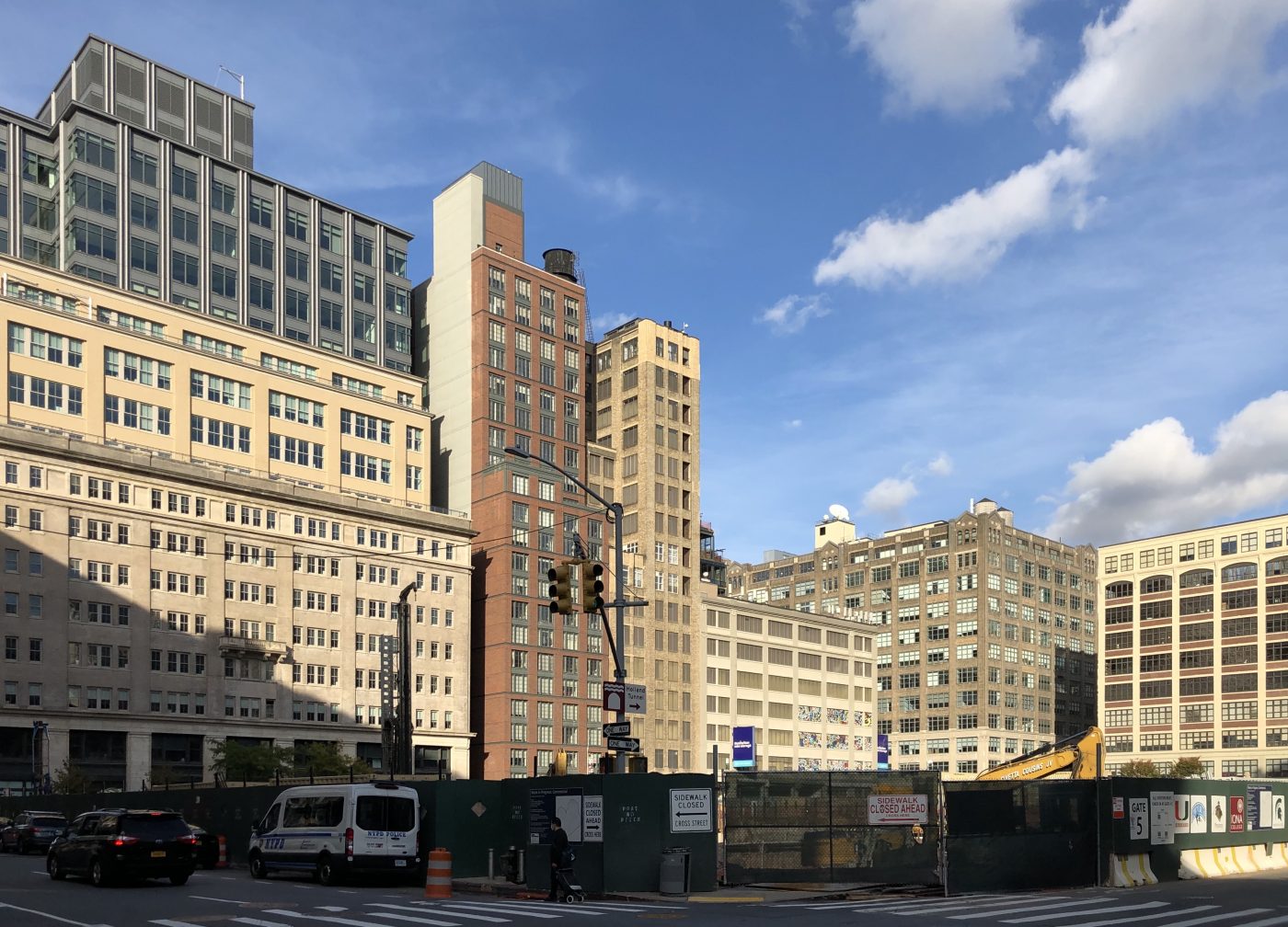 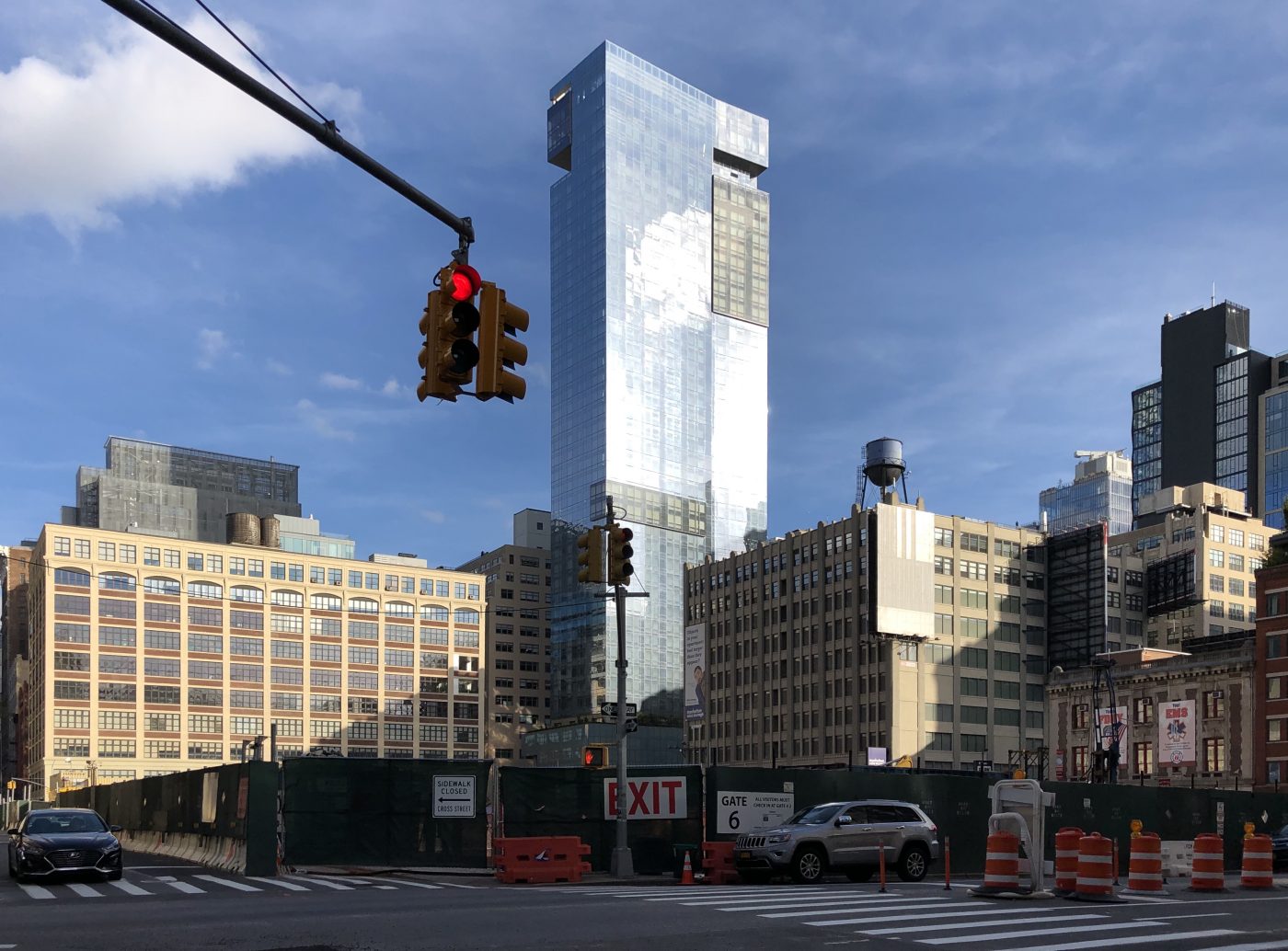 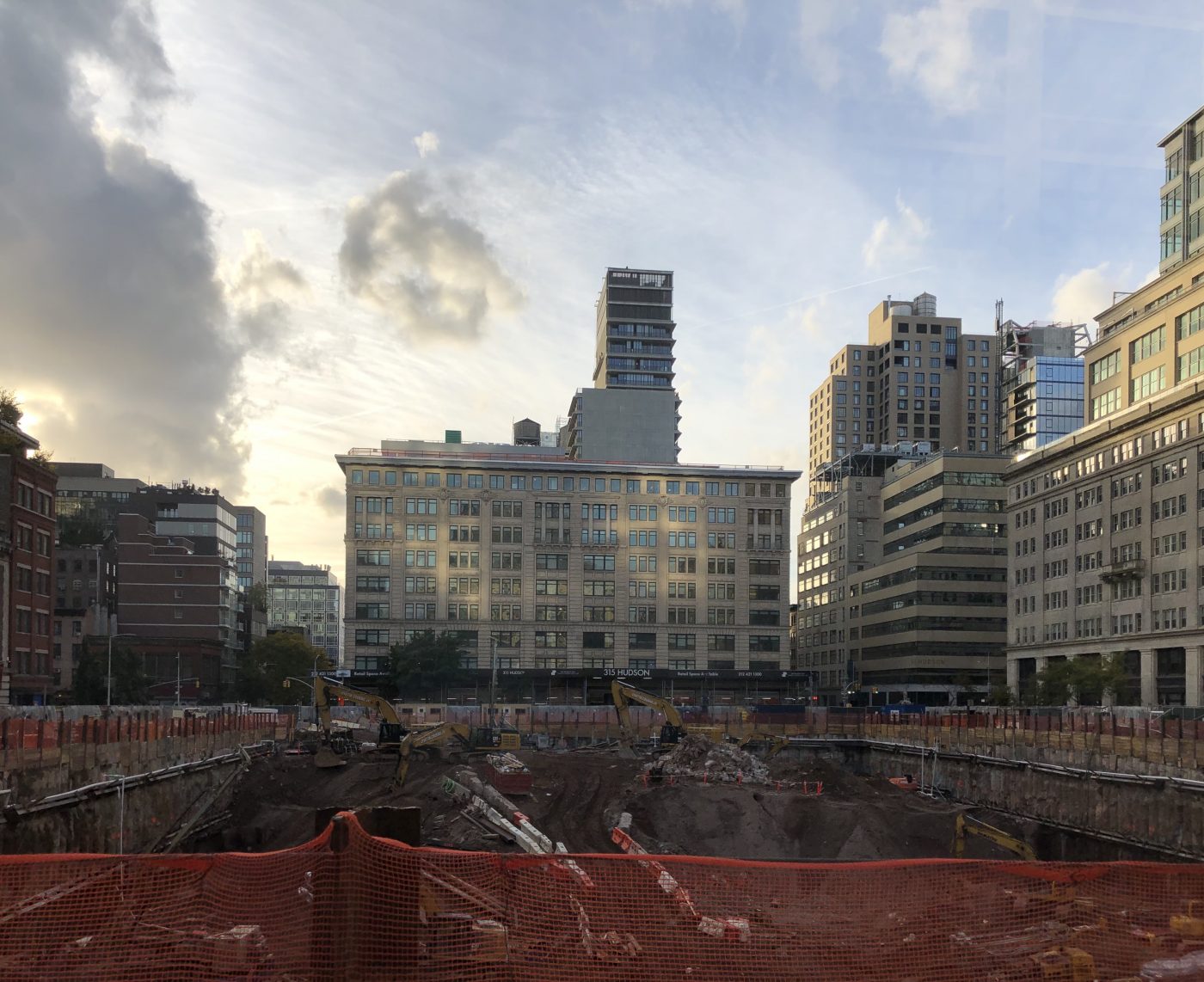 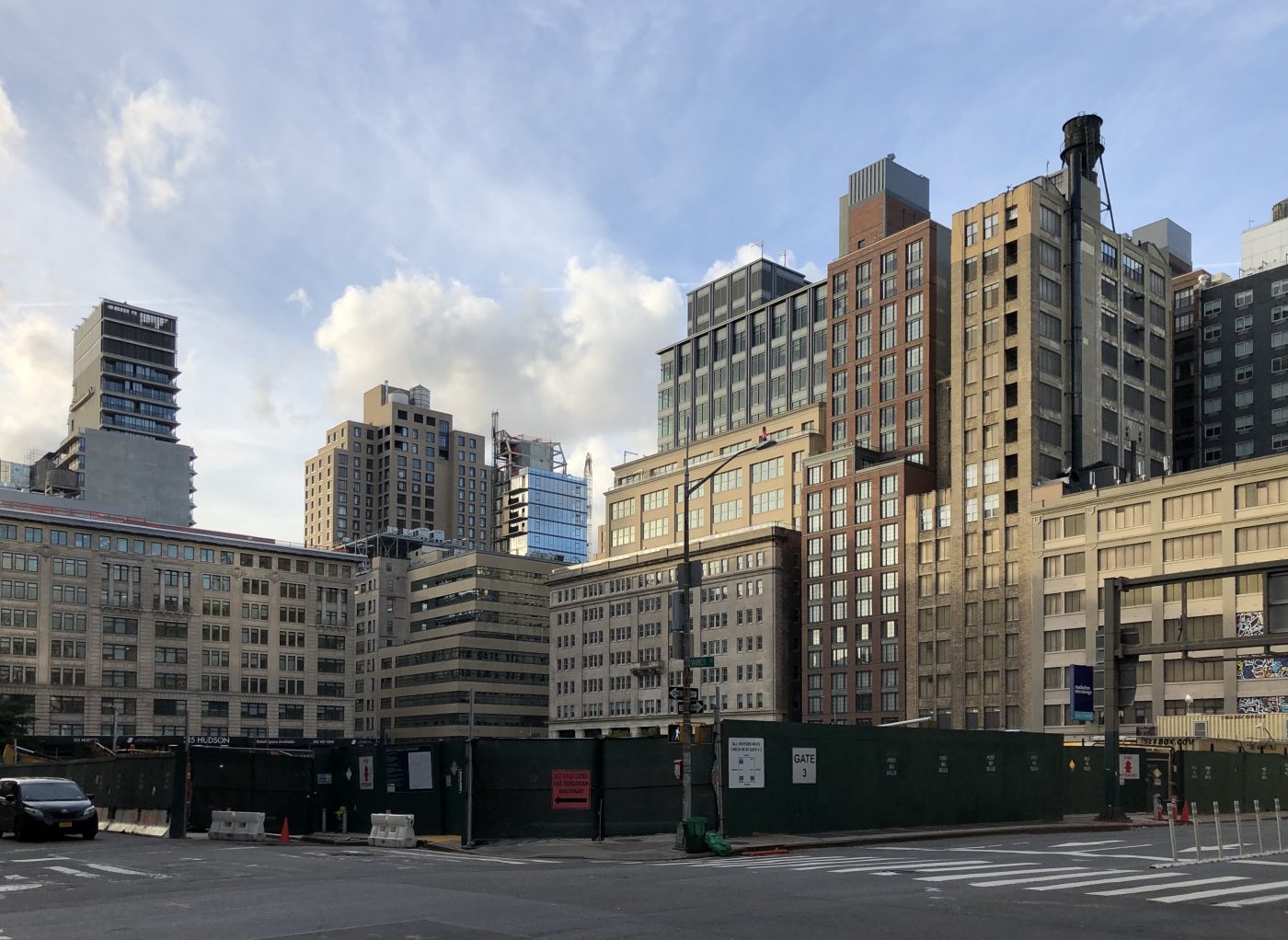 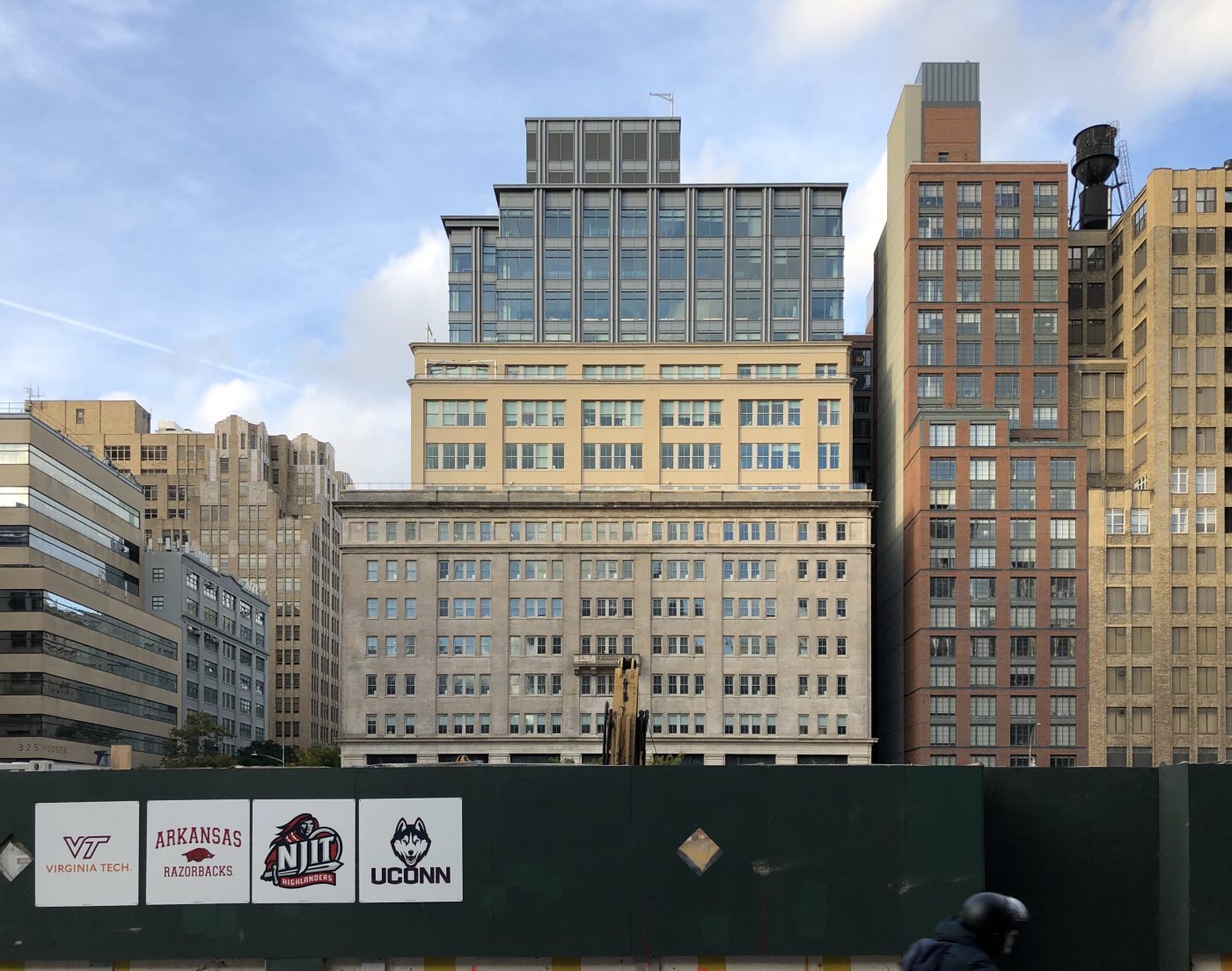 As rendered, the building will feature a symmetrical pair of 320-foot-tall towers connected by a large podium. A series of setbacks will provide outdoor terraces for occupants, while the exterior envelope is to be composed of pale green terracotta panels, bronze finishes, and floor-to-ceiling glass. Inside the mammoth building will be multiple film and production studios, office space, and ground-floor retail.