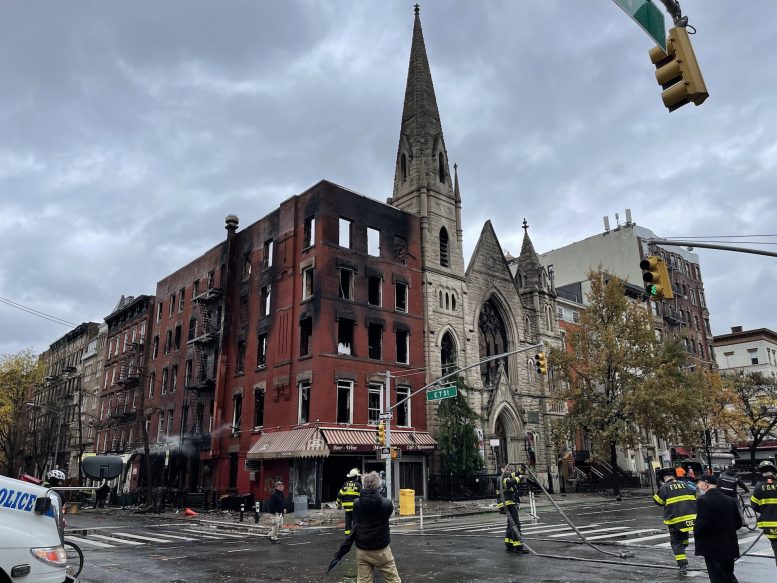 A six-alarm fire early Saturday morning has destroyed 116 Second Avenue, a vacant 15-unit, five-story tenement building in the East Village, and heavily damaged the 128-year-old Middle Collegiate Church directly next door. The blaze was first reported at 4:48 a.m. and quickly spread to the historic church at 112 Second Avenue, which is located between East 6th and 7th Streets. It took 44 units with 198 firefighters to contain the inferno, and four firefighters suffered minor, non-life-threatening injuries. A third structure on East 7th Street also caught fire, but luckily everyone inside was able to safely escape. There is still no word as to the exact cause of the fire at this moment. 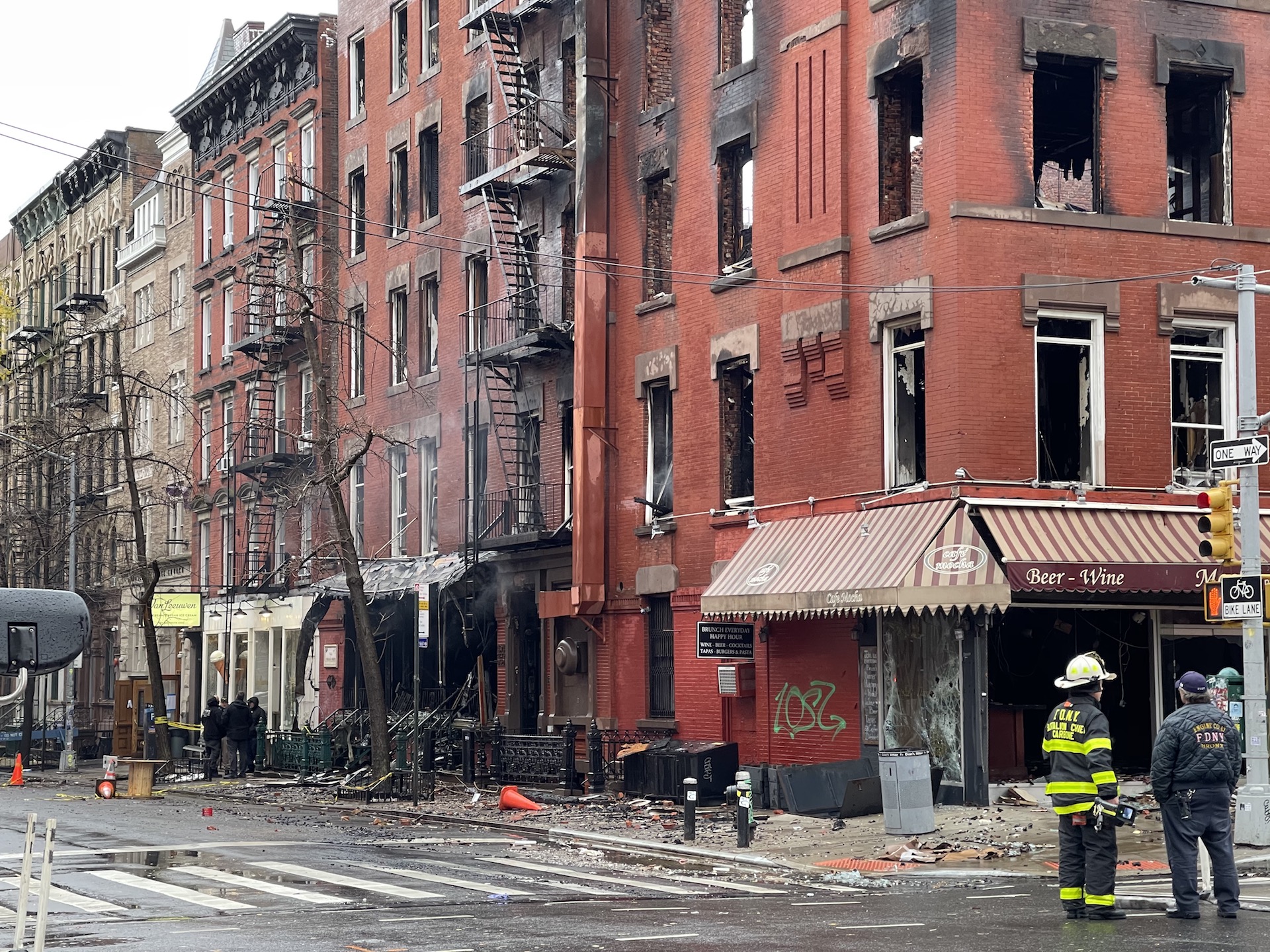 Incredibly, this is the second fire to have emanated from 116 Second Avenue this year. A three-alarm fire in the building in late February was attributed to faulty electrical wiring. Five firefighters were treated for minor injuries in that blaze and the two ground-floor retail tenants, Cafe Mocha and Via Della Pace, were forced to close.

Yesterday’s fire surely spells the end for the building, whose roof and floor plates have collapsed, leaving only an eerie masonry shell. Demolition will likely begin immediately after the fire is fully extinguished. 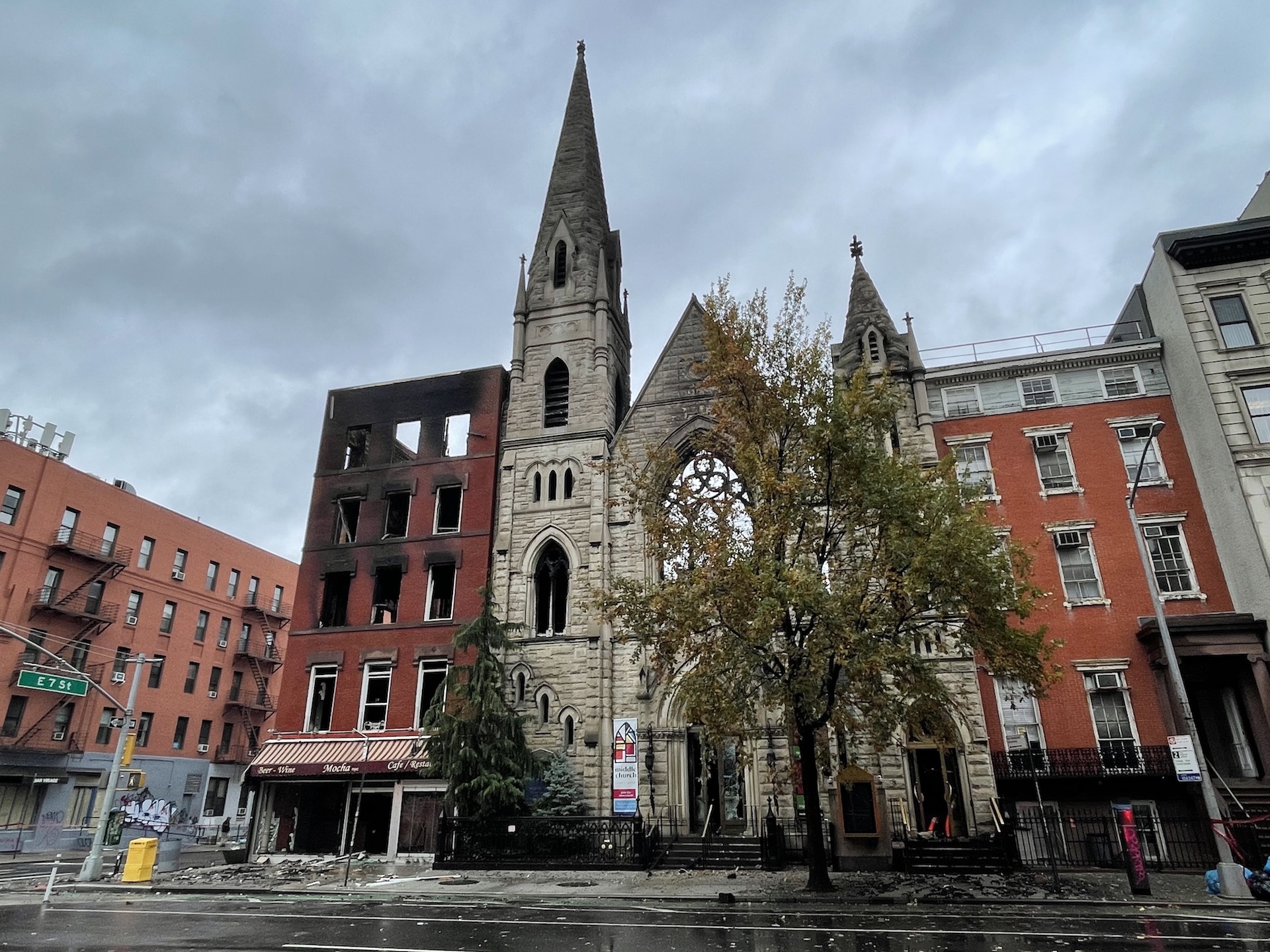 It’s unclear what is in store for Middle Collegiate Church, whose nave has completely collapsed, though its steeple and main façade have remained largely intact. Its colorful Tiffany stained glass windows, however, were destroyed. Designed by S. B. Reed, the house of worship is co-affiliated with the United Church of Christ and the Reformed Church of America and will continue to hold virtual services lead by its senior minister Reverend Jacqui Lewis. 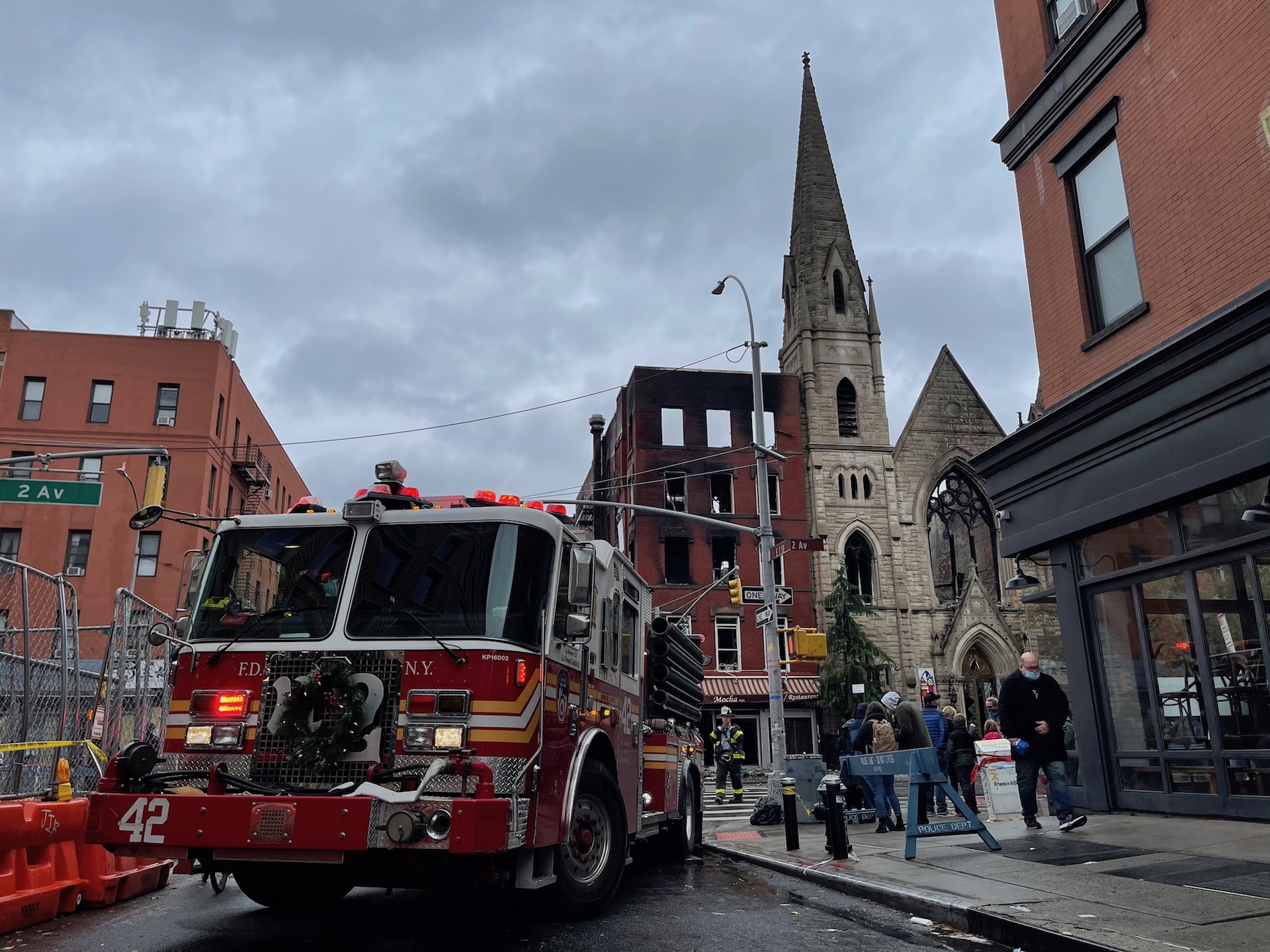 This corner is no stranger to drama. Diagonally across the corner is the site of the 2015 gas explosion, which destroyed 119, 121, and 123 Second Avenue and killed two people. The tract is now giving rise to 45 East 7th Street, a seven-story condominium building from Morris Adjmi Architects. Given the residential desirability of the neighborhood, it’s probable 116 Second Avenue will eventually follow suit.