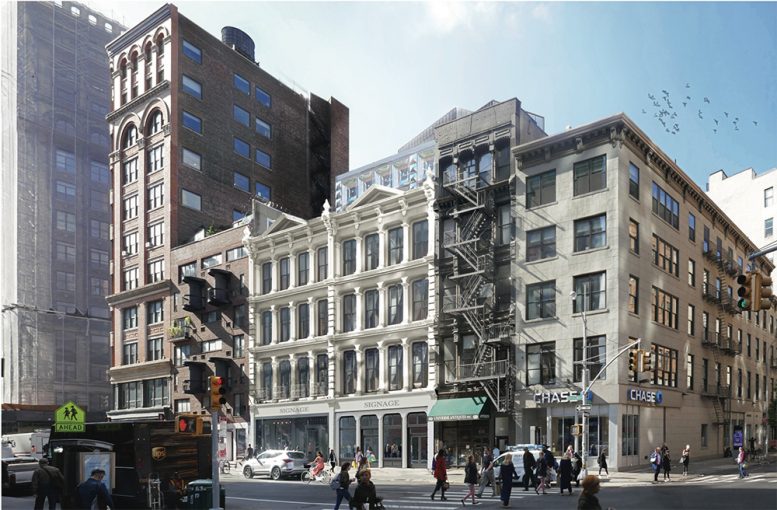 DXA Studio will again appear before the Landmarks Preservation Commission (LPC) with updated plans to renovate and expand a landmarked warehouse building near Union Square. The property is located at 827-831 Broadway and was formerly the home of artists Willem and Elaine de Kooning.

The updated plans include a one-story reduction and reorientation of proposed expansions at the rear of the building which occupies a narrow, alley-like parcel of land with frontage along East 12th Street. The rear portion of the site is alternatively referred to as 47 East 12th Street. 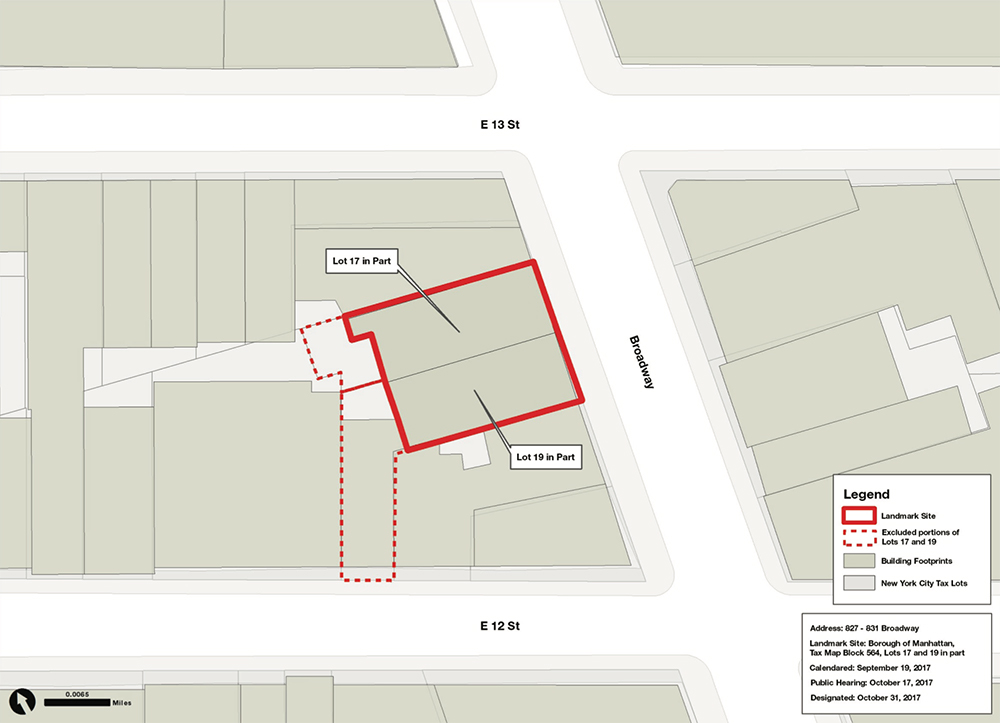 Site map illustrates specific landmark-designated portions of the lot versus the rear portion of the lot that is excluded from the LPC’s typical jurisdiction – Sourced from the Landmarks Preservation Commission (10.27.2017)

Along Broadway, the architects intend to repaint and repair existing metal balconies, install uplighting and pin-mounted signage, replace the non-historic doors at 831 Broadway, and restore the existing storefront at 827 Broadway. The East 12th Street elevation would receive a new wood storefront, signage, cornice, and windows throughout. The existing paint would be stripped, and the underlying masonry treated to match the building’s facade along Broadway.

In what has been described as a “preservationist soap opera,” proposals to renovate and enliven the building date back to 2015 when Quality Capital and Caerus Group acquired the four-story, mixed-use buildings. In collaboration with DXA Studio, the project team envisioned a prismatic, four-story penthouse addition. The serrated curtain wall that would envelop the addition was inspired by the life and work of its former residents.

Those proposals were put forward twice and blocked both times by the Commission which felt the designs were drastically out of context with the landmarked building.

“Half the commissioners understood it and were excited. The other half felt that it wasn’t appropriate on the grounds of not having a strong enough relationship to the building below,” said DXA Studio founding partner Jordan Rogove in an interview with New York YIMBY in 2018.

DXA Studio then revisited previous designs for the expansion and in a third appeal to the LPC, was allowed to proceed with modified designs. Renderings revealed the replacement of the faceted glass facade with slumped glass in rows of eight. To account for lost floor space, the designs also called for the expansion of the rear building to 11 stories.

Village Preservation, a local community interest group, is the most vocal opponents to proposed expansion that works to “protect the sense of place and human scale that define the [Greenwich Village, the East Village, and NoHo’s] unique communities.” According to the group, the LPC was harangued by 250 letters calling for a rejection of the proposal.

The next public hearing for the project is scheduled for Tuesday, January 19, and it remains to be seen how the LPC will react to the new plans. For now, the saga continues. 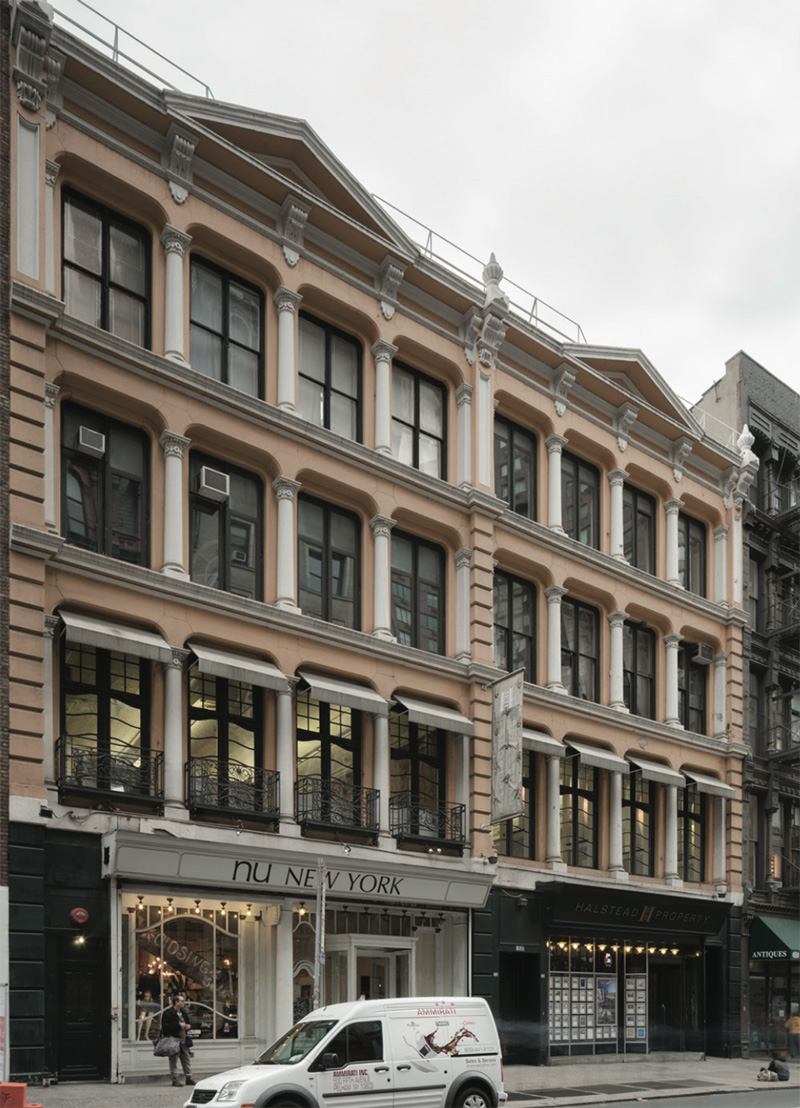