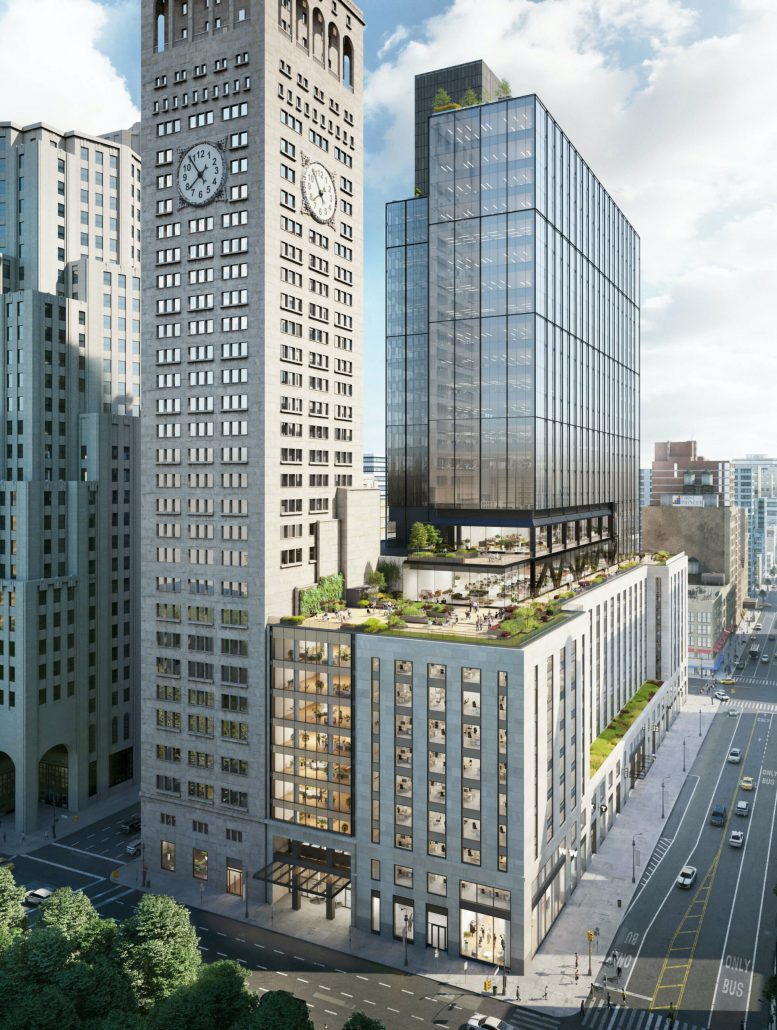 Rendering of One Madison Avenue's expansion and renovation, designed by Kohn Pedersen Fox.

Construction activity is underway at One Madison Avenue in the Flatiron District, where the 13-story full-block structure is being renovated and expanded with a new 18-story addition. Designed by Kohn Pedersen Fox and developed by SL Green, the project will stand 27 stories and yield 1.4 million square feet of Class A office space. Helping to develop and finance One Madison Avenue’s future are the National Pension Service of Korea and Hines, contributing a grand total of $1.25 billion in construction financing. The property is bound by East 23rd Street to the south, Madison Avenue and Madison Square Park to the west, East 24th Street to the north, and Park Avenue South to the east.

Recent photographs show a large amount of scaffolding extending around the western and southern elevations. The majority of the 13-story podium, which sits directly next to the 111-year old Metropolitan Life Tower, is already covered. Two tall renderings adorn the thin sheathing at the southwestern corner of the property by the intersection of East 23rd Street and Madison Avenue. 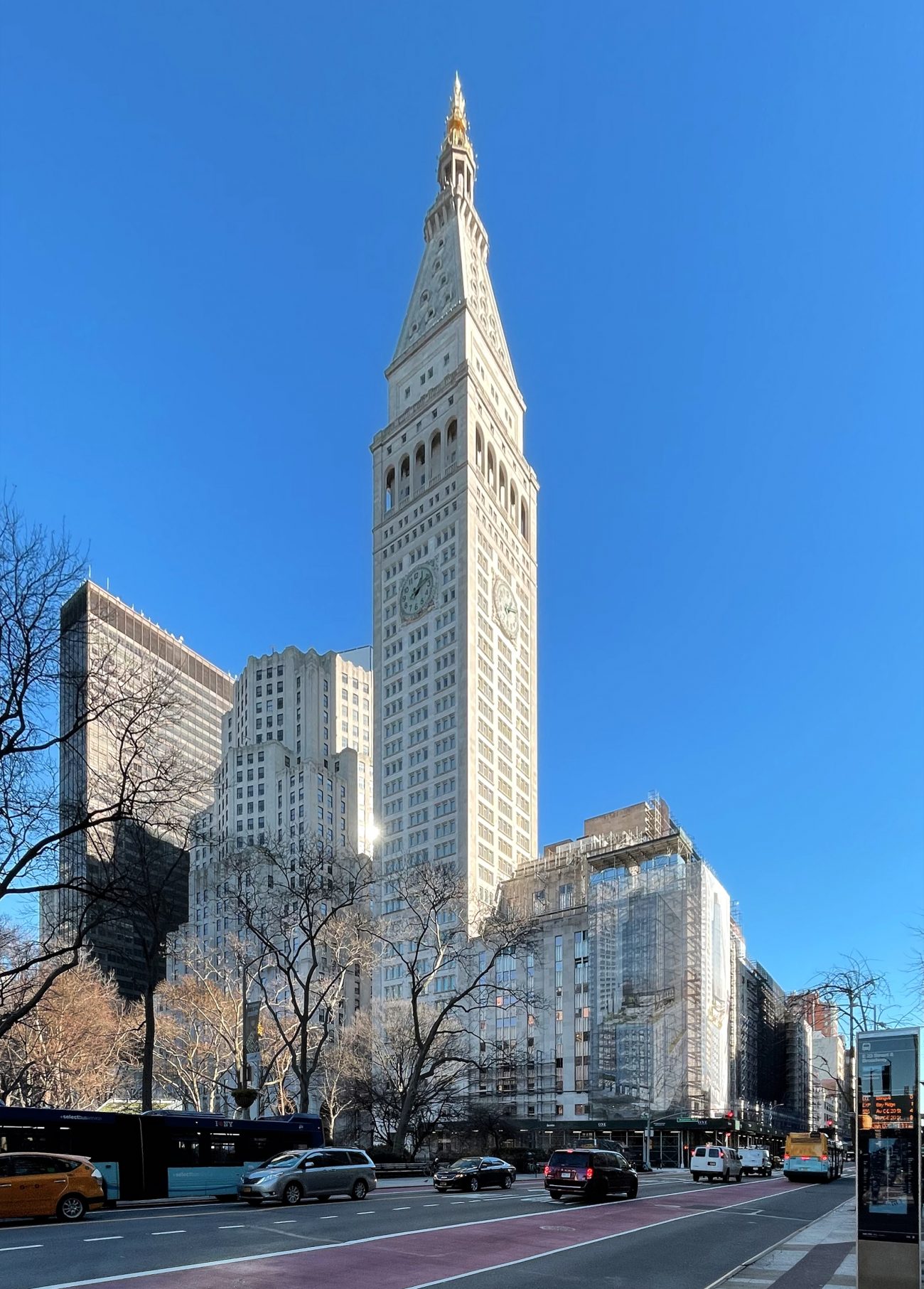 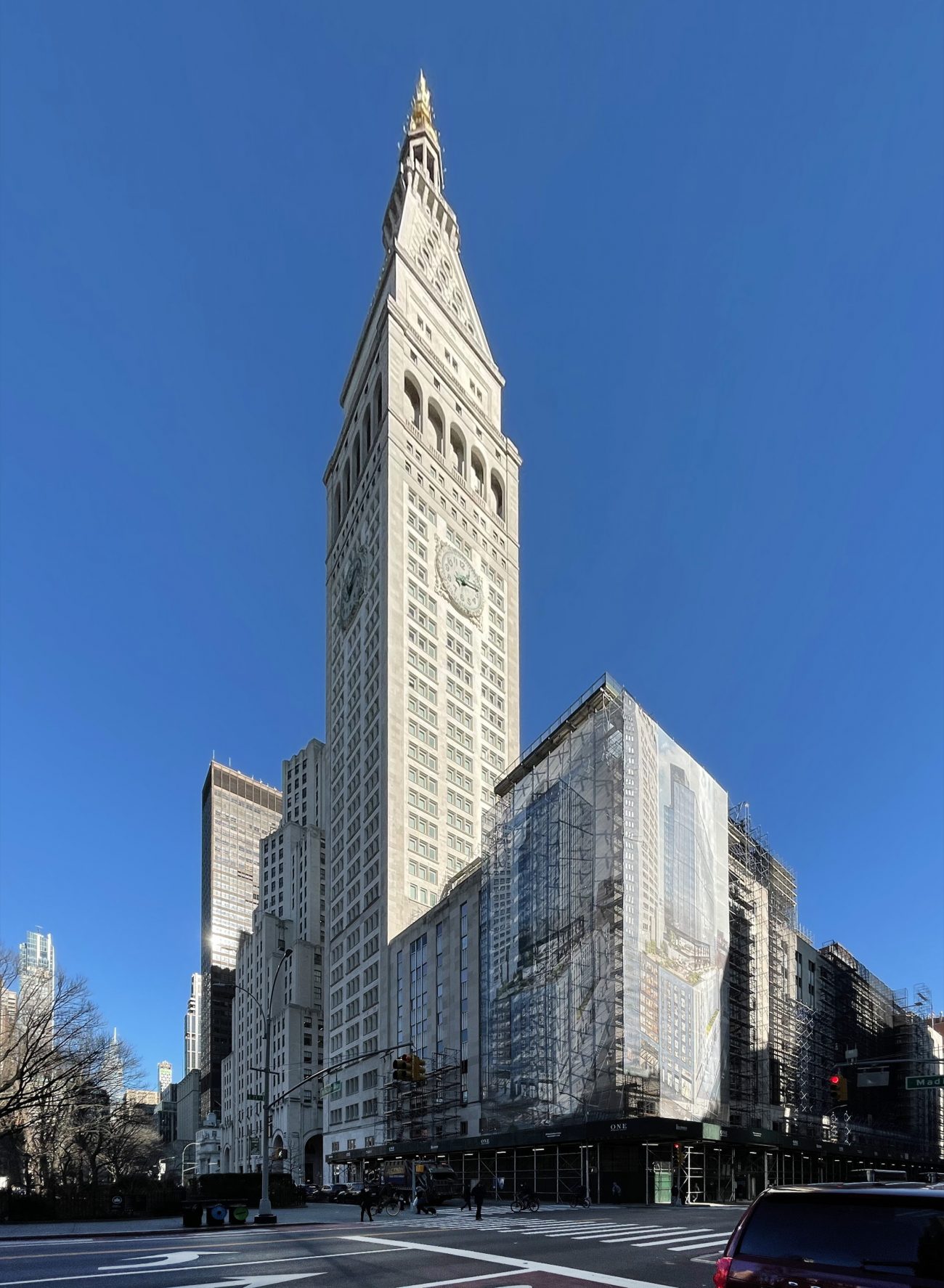 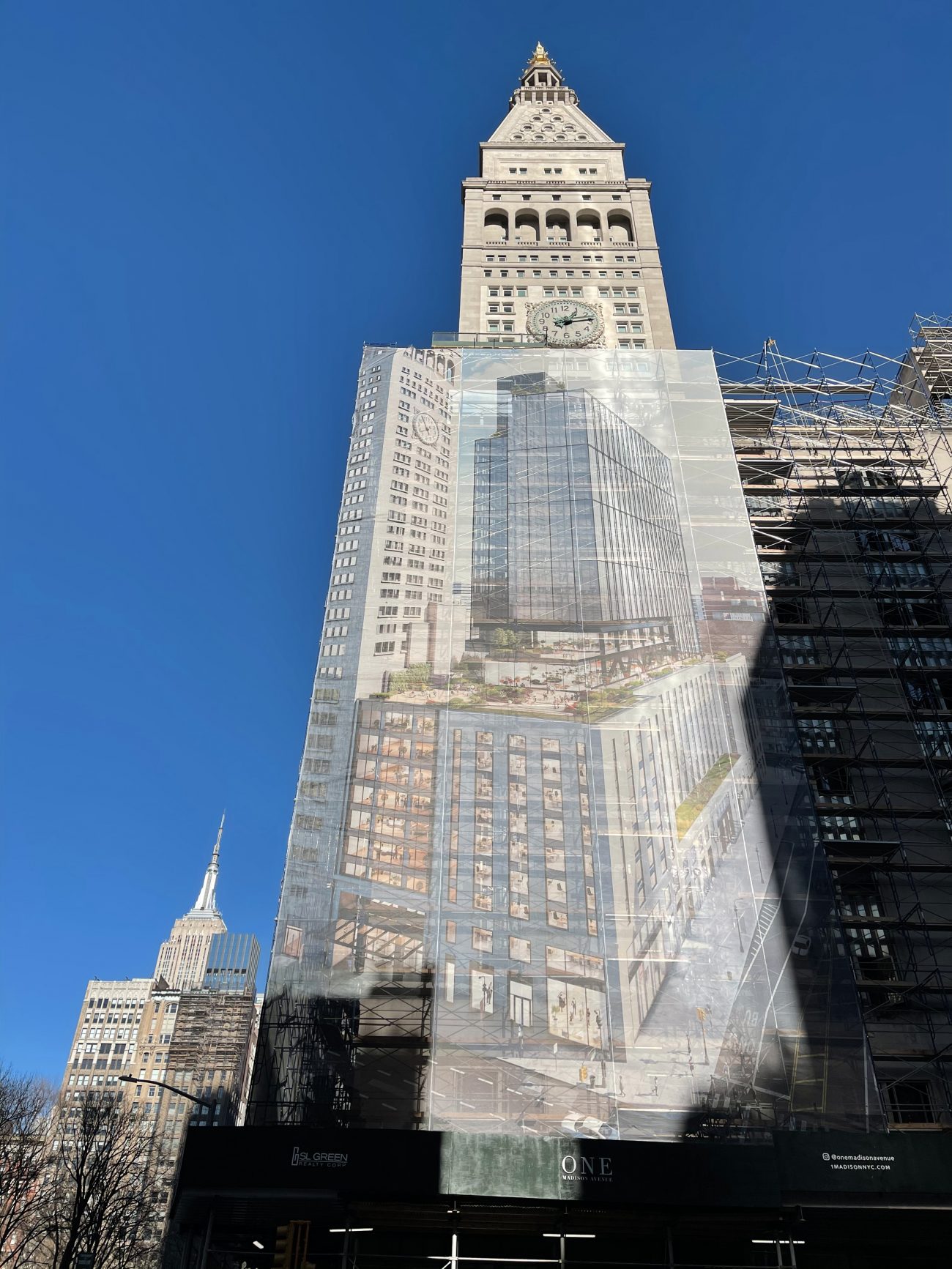 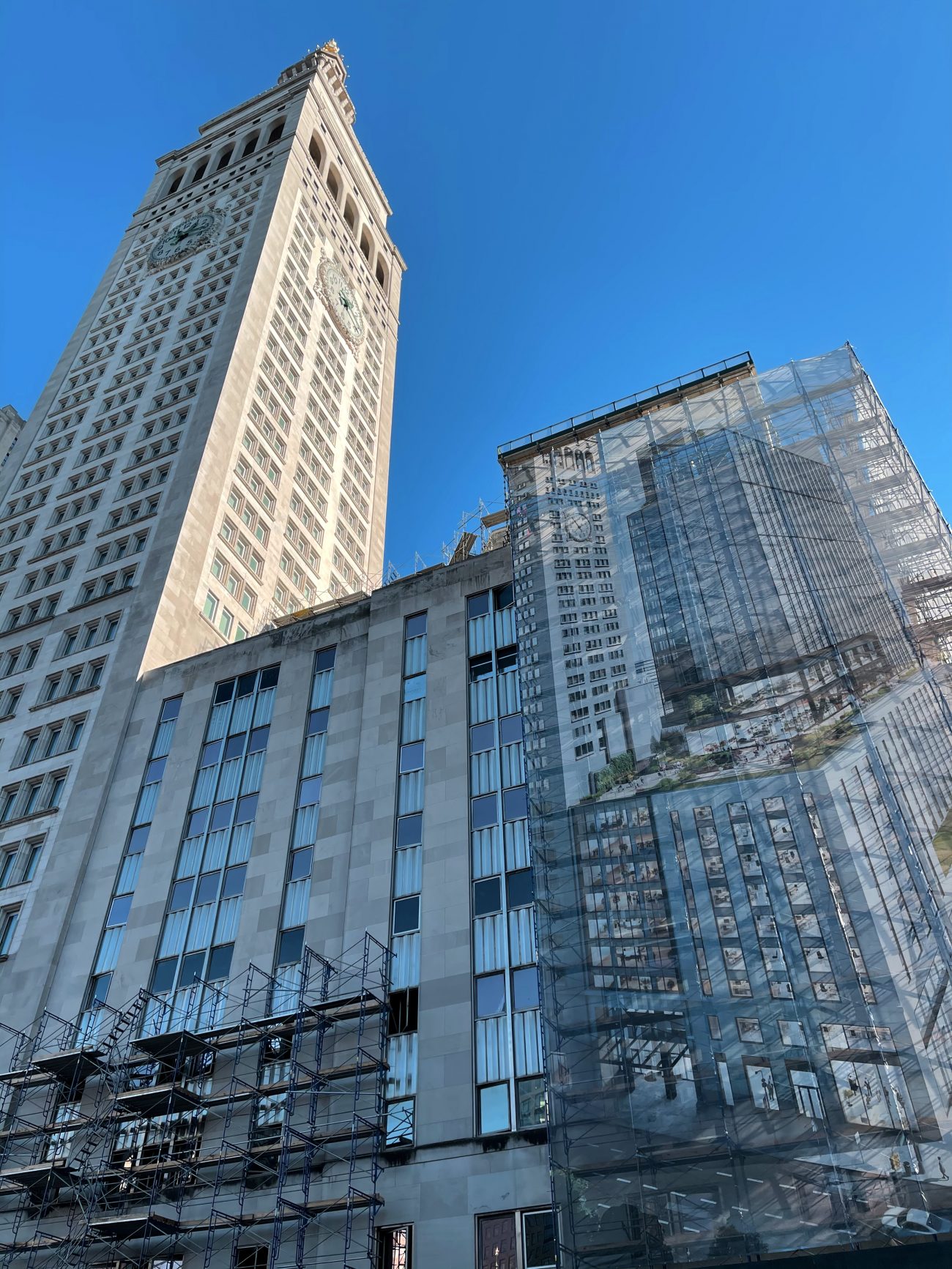 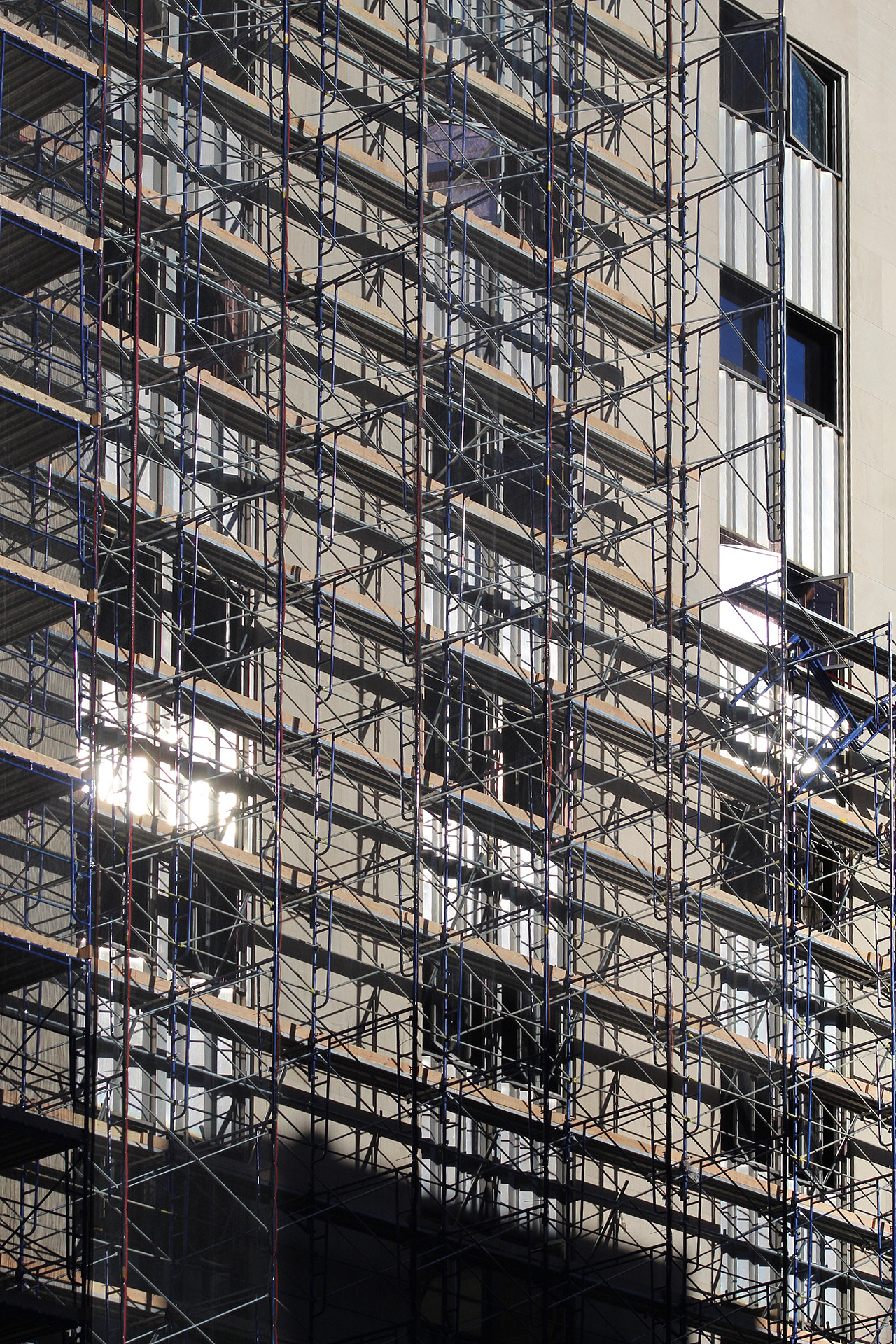 The vertical expansion is poised to provide 530,000 square feet of column-free space surrounded by a sleek glass envelope and dark-colored mullions that span every three stories. Each floor can yield a maximum of around 35,000 square feet. Office amenities for tenants include landscaped outdoor terraces on the tenth and 11th floors that measure over an acre in size, a 15,000-square-foot artisanal food market, a 9,000-square-foot tenant lounge, a three-level fitness center, and bike storage.

A 13,000-square-foot high-tech event space designed to accommodate up to 800 people is also part of the design program. 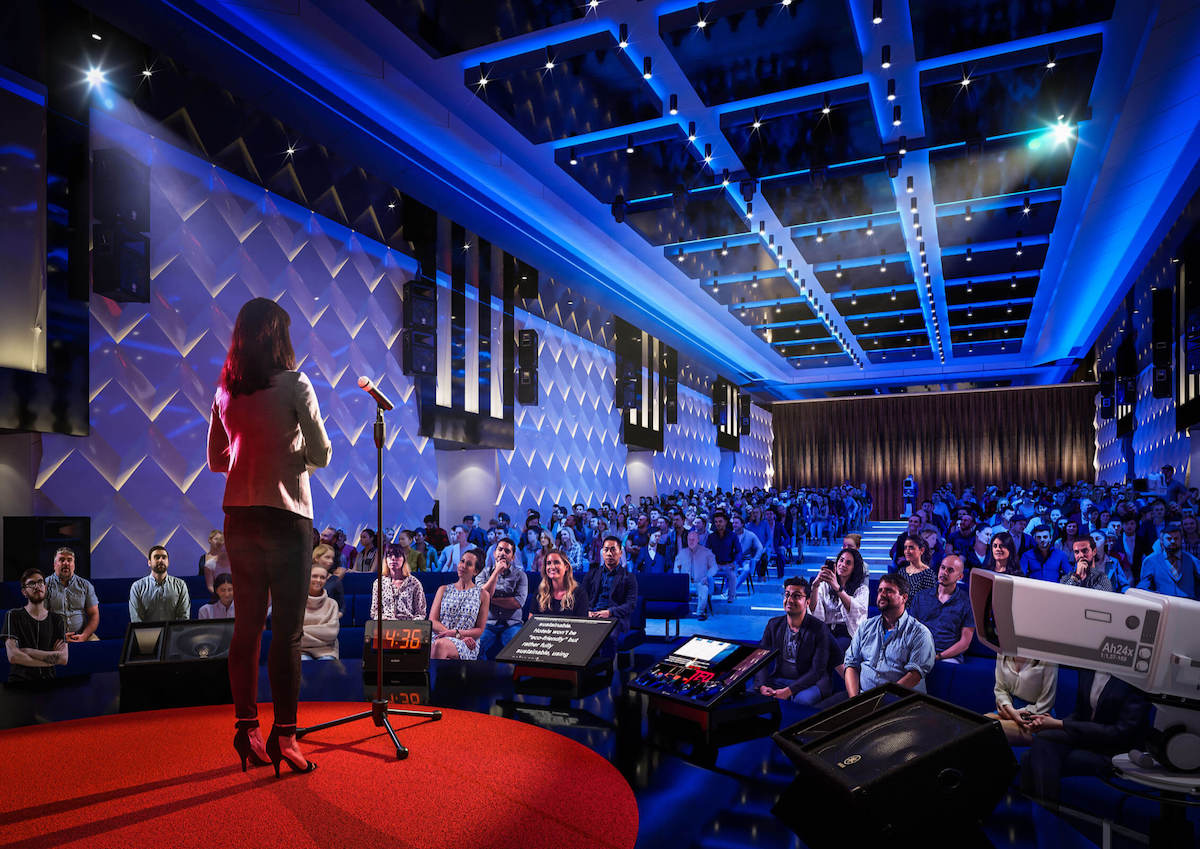 Rendering of event space at One Madison Avenue

One structural detail of interest is a series of large diagonal steel trusses distinctly marking the contrast and separation between the old podium and the new addition of One Madison Avenue. 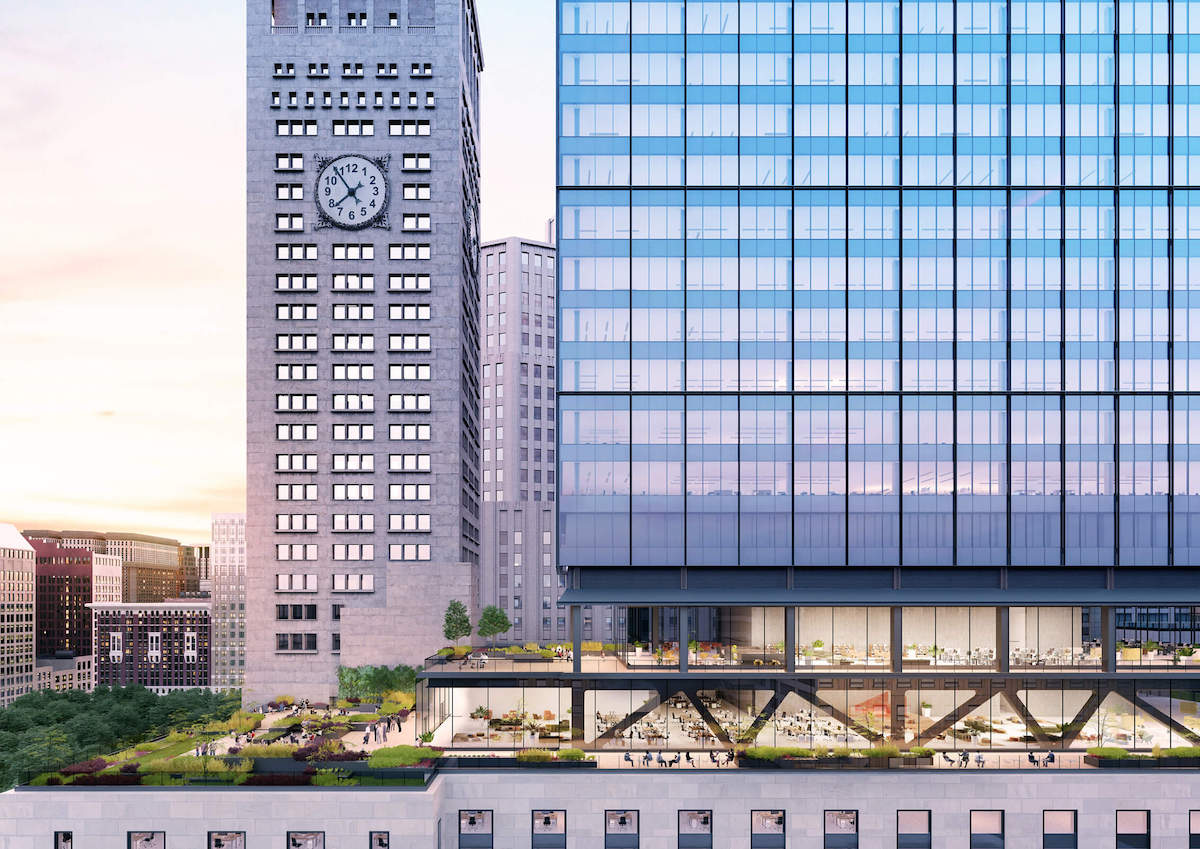 Rendering of outdoor areas at One Madison Avenue 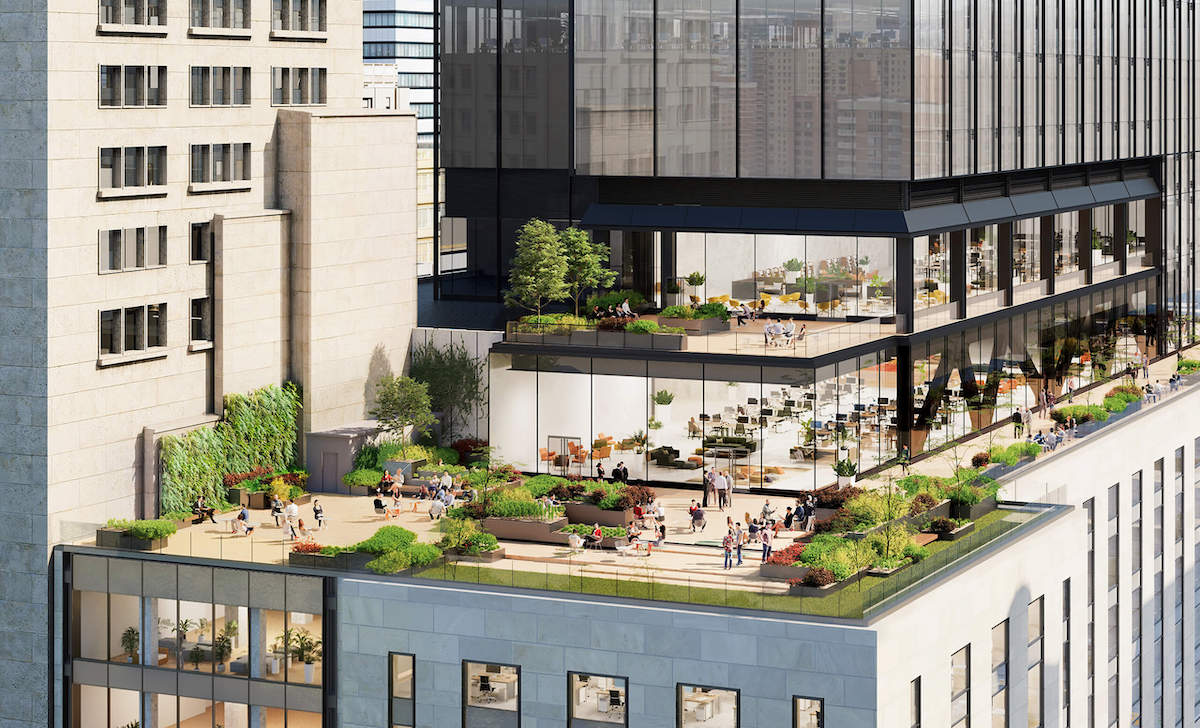 Rendering of outdoor areas at One Madison Avenue

The podium will have its interiors largely gutted, and the fenestration’s aluminum spandrels and windows will be removed to make way for a high-performance structurally glazed curtain wall. The limestone façade is to be restored in the transformation process, and a portion of the outside wall facing Madison Square Park will be taken out and replaced with a multi-story glass enclosure and a black metal and glass rectangular canopy. 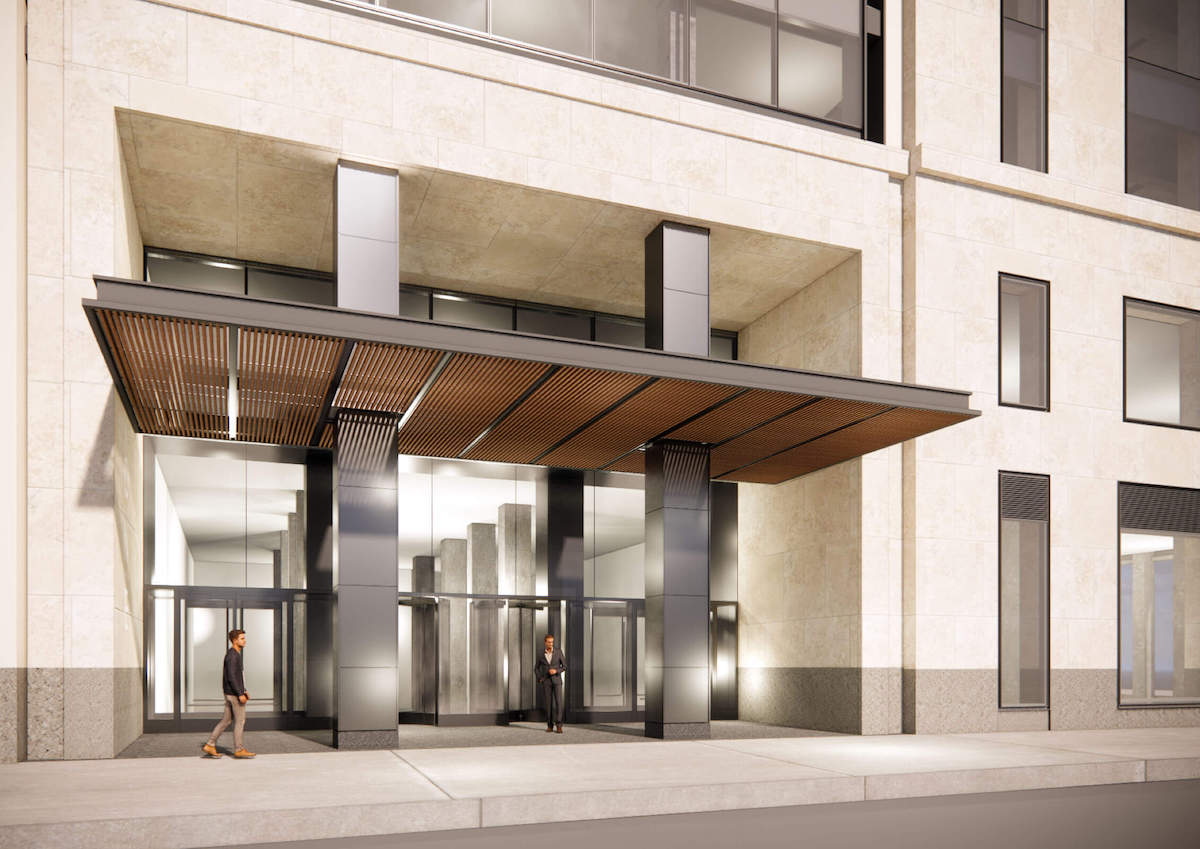 Rendering of One Madison Avenue entrance

SL Green also recently donated $250,000 to the Madison Square Park Conservancy in order to help the non-profit organization, which is licensed by the New York City Department of Parks and Recreation, manage and maintain Madison Square Park. The money will partly aid the construction of a new dog run and help mitigate the park’s upkeep costs.

The new expansion of One Madison Avenue is expected to achieve WELL and LEED-Gold certification and be completed in 2024.

20 Comments on "One Madison Avenue’s Renovation and Expansion Project Ramps Up in the Flatiron District, Manhattan"