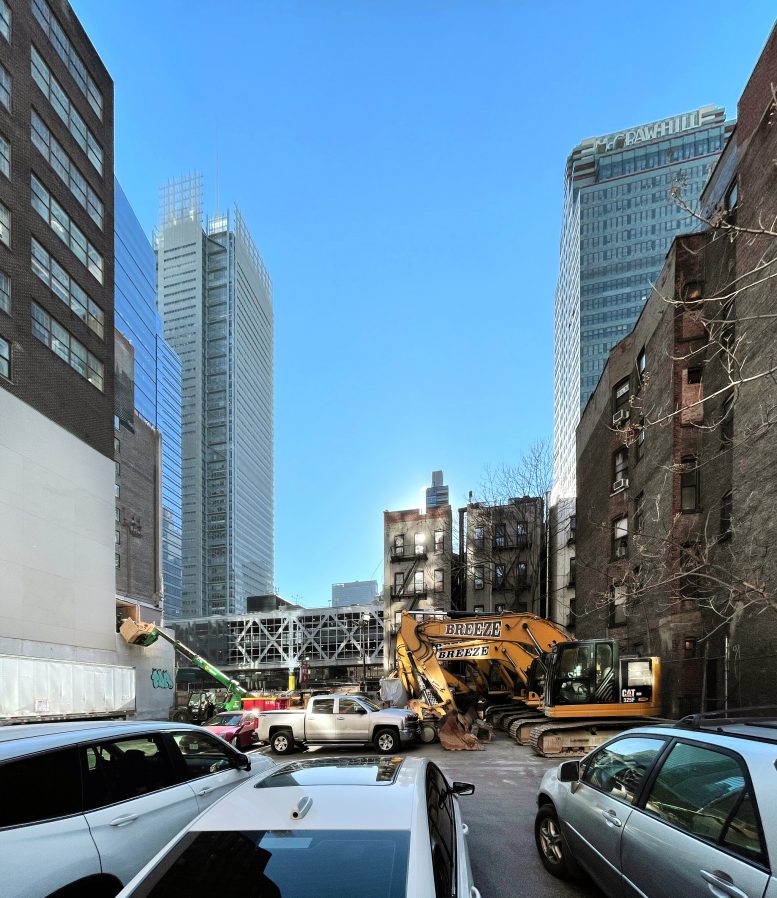 Excavation is imminent at 308 West 43rd Street in Midtown West, the site of a planned 401-foot-tall tower. Designed by Handel Architects and developed by Taconic Partners under 311 West 42nd Street Associates, the 32-story mixed-use building will rise between Eighth and Ninth Avenues directly across across West 42nd Street and the northern wing of the Port Authority Bus Terminal.

Since the below Google Street View photo was taken, the parking lot that occupied the site has now been closed to the public and a metal fence covered in green plastic sheets has been assembled. 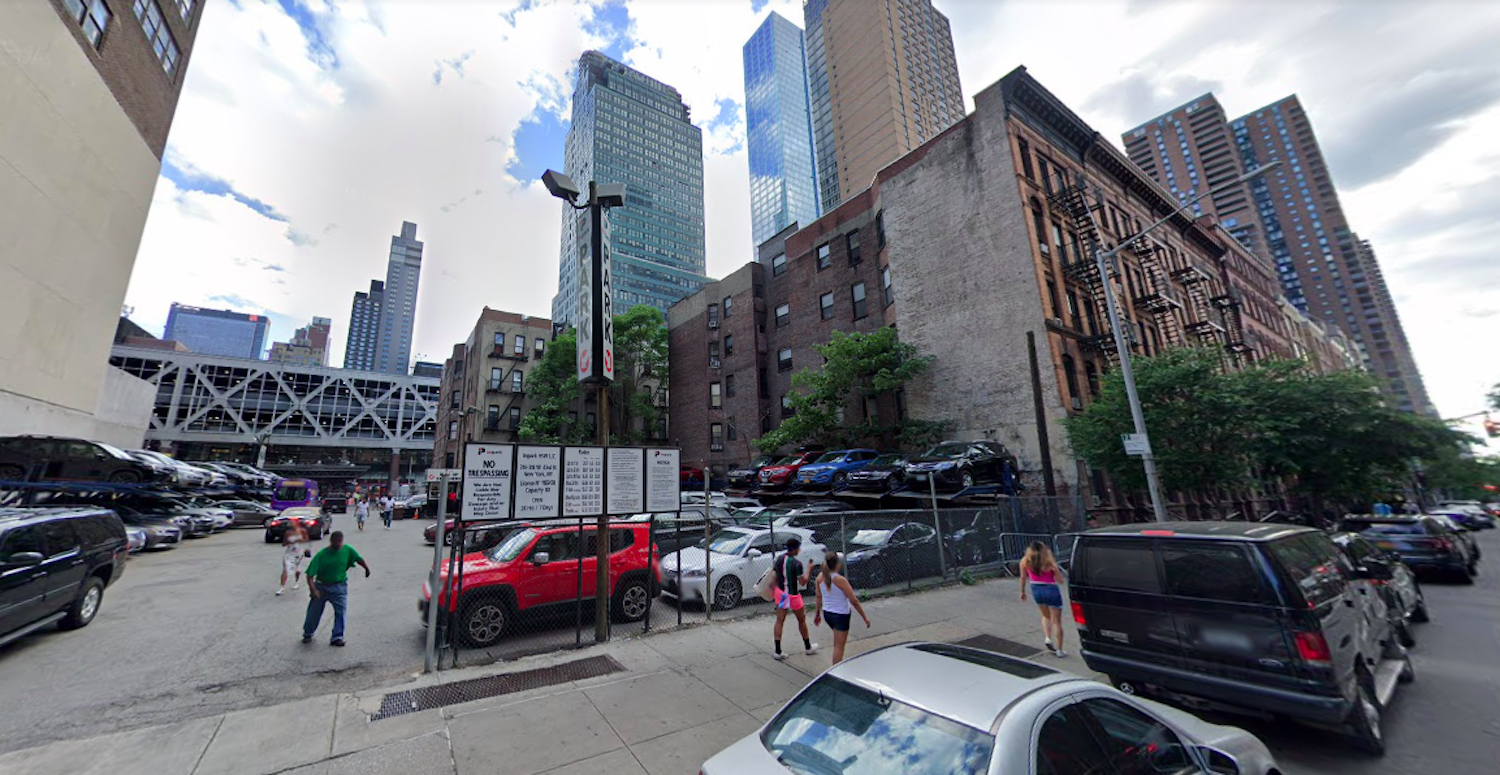 Among the several parked cars within the blocked-off site were a total of five excavators all huddled together on the southwestern corner of the lot. Meanwhile a metal dumpster and construction lift were also spotted to be removing scraps of material from the adjacent western building. 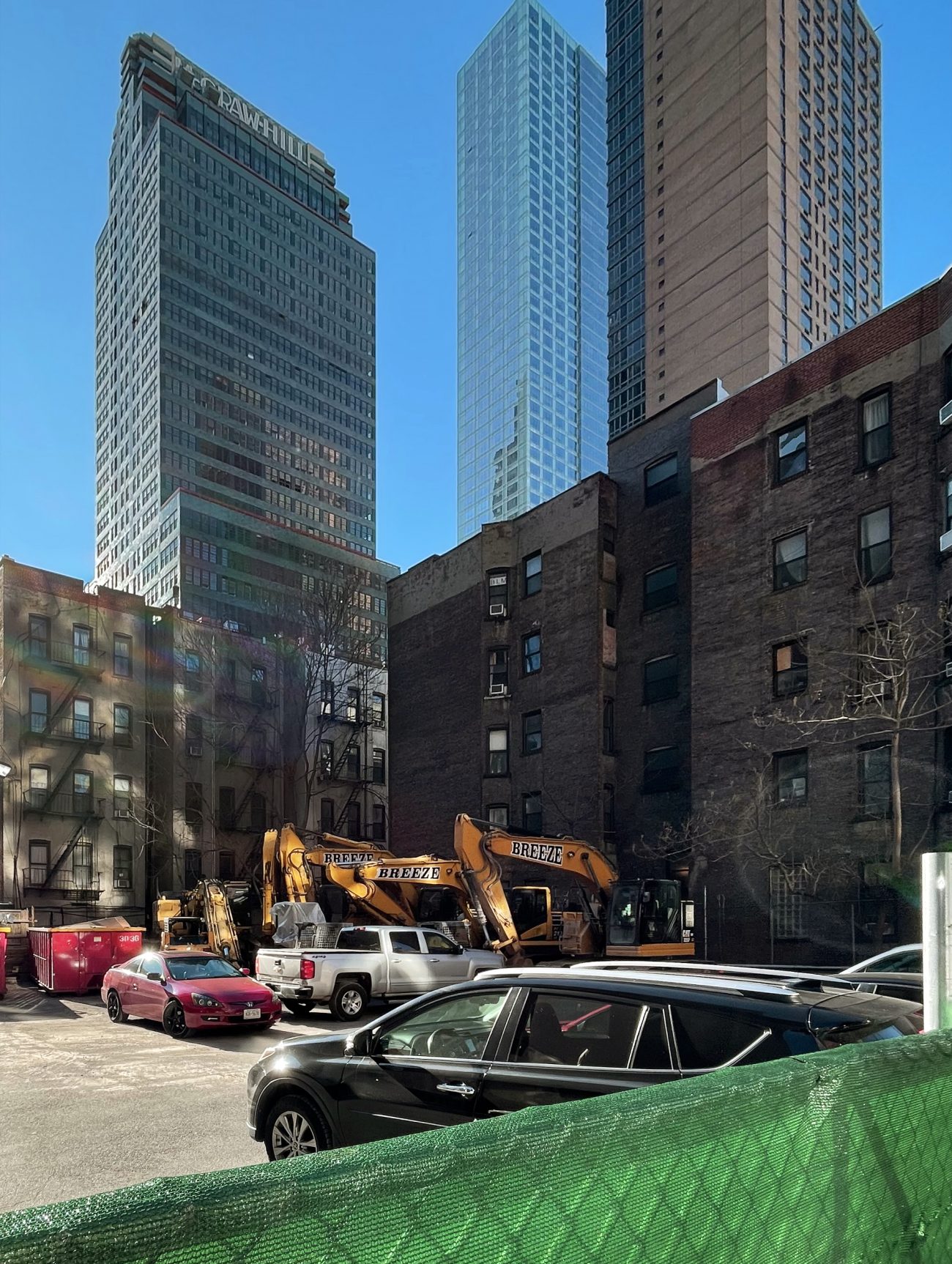 By early February all the cars once parked on site have been removed, leaving only the excavators. 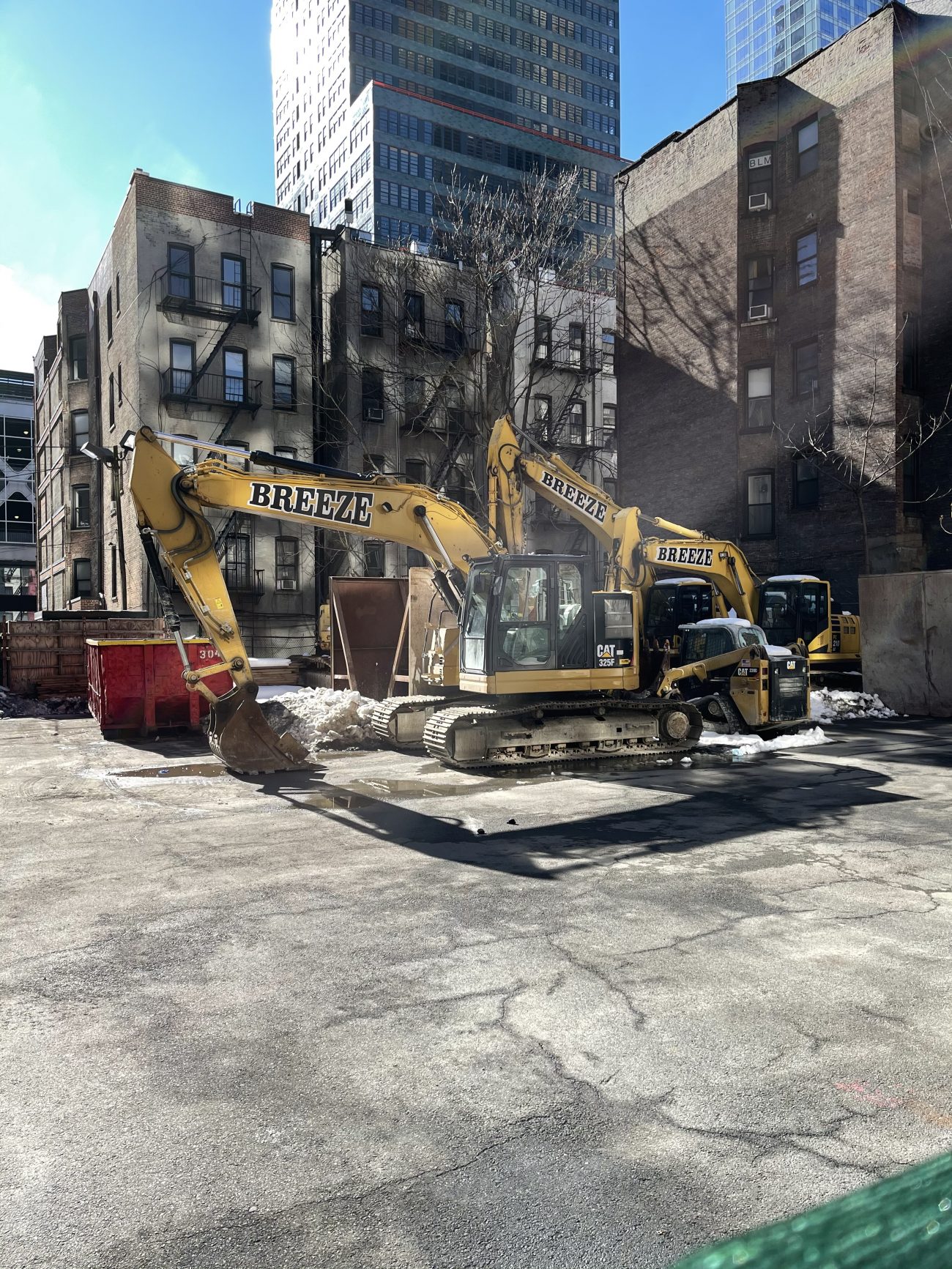 308 West 43rd Street is slated to yield a total of 373,133 square feet, with 269,559 square feet designated for 321 residences, likely rentals based on the average unit scope of 839 square feet. There will also be 25,202 square feet for commercial space and two cellar levels.

It’s unclear as to exactly when the machinery will be put to use at 208 West 43rd Street, though it looks like it could happen in the coming months once the parking lot is completely emptied.