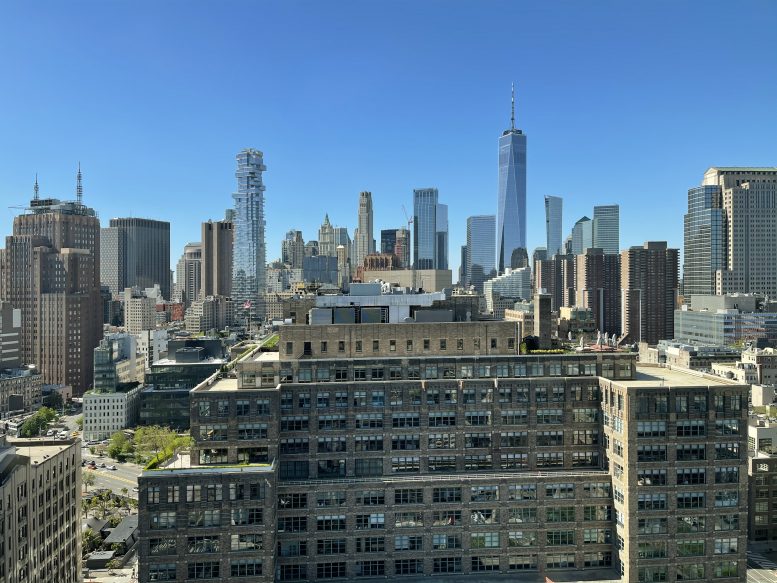 The views of Lower Manhattan from 570 Broome Street. Photo by Michael Young

YIMBY went to visit the upper floors of 570 Broome Street and see the skyline views from the completed 25-story residential building in Hudson Square. Designed by Builtd with Skidmore Owings & Merrill handling the lobby and interiors, and developed by Soho Broome Condos LLC, the building yields 54 condominiums that are currently 80 percent sold. The property is bound by Broome Street to the south, Varick Street to the east, Dominick Street to the north, and the entrance lanes to the Holland Tunnel and Hudson Street to the west.

Photographs of the exterior show the warm-colored stone façade and floor-to-ceiling Shuco glass panels and windows in the afternoon light. 570 Broome Street features a self-cleaning façade, the first of its kind in New York City, with Pureti treatment to the exterior materials and surfaces. Multiple setbacks break up the massing of the reinforced concrete superstructure, creating spaces for outdoor terraces. Each residential floor is almost 11 feet high, giving a very open, loft-like feeling, and units are finished with high-quality materials such as imported Calcatta, Dolometi, and Oronero marble from Greece and Italy. 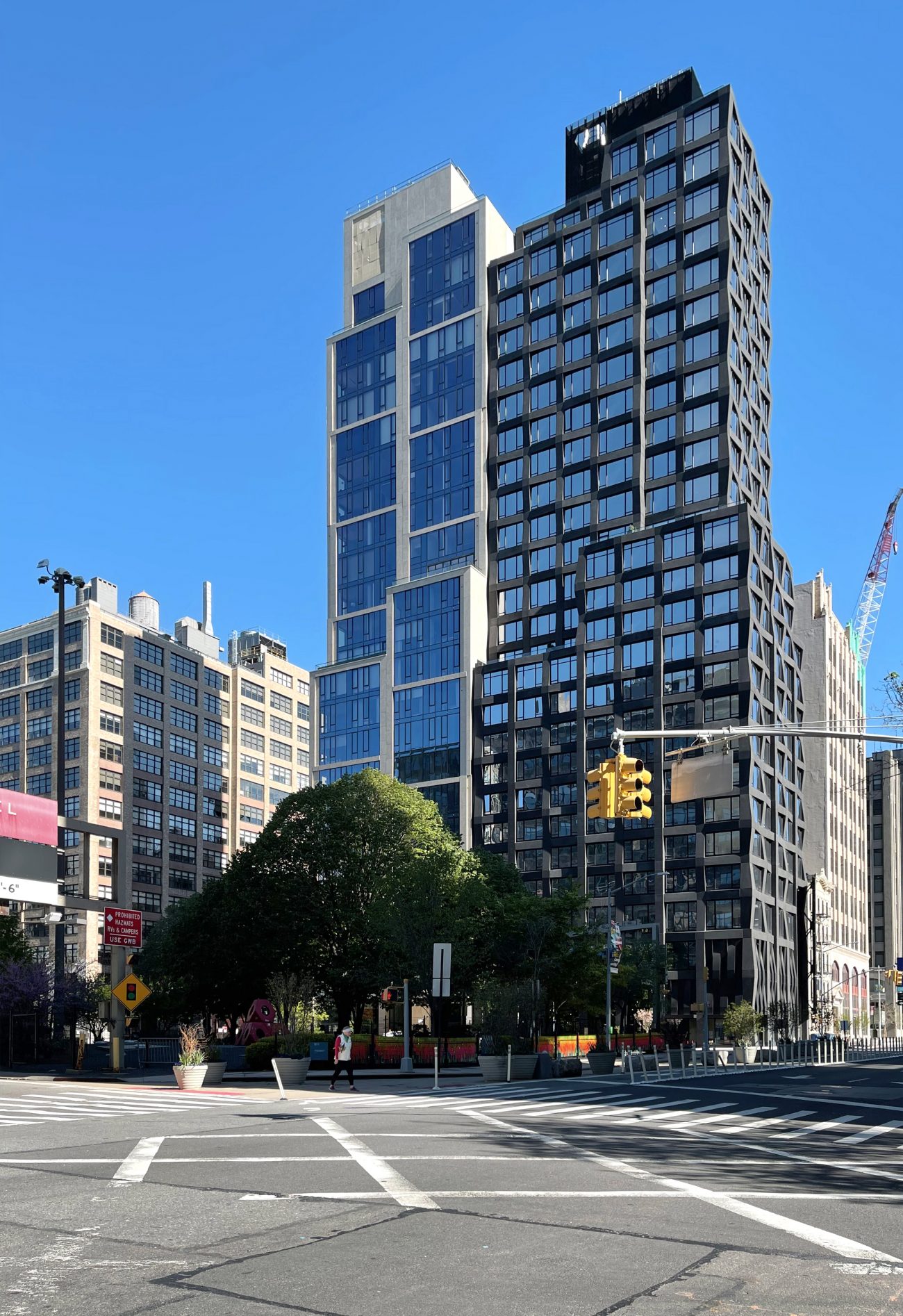 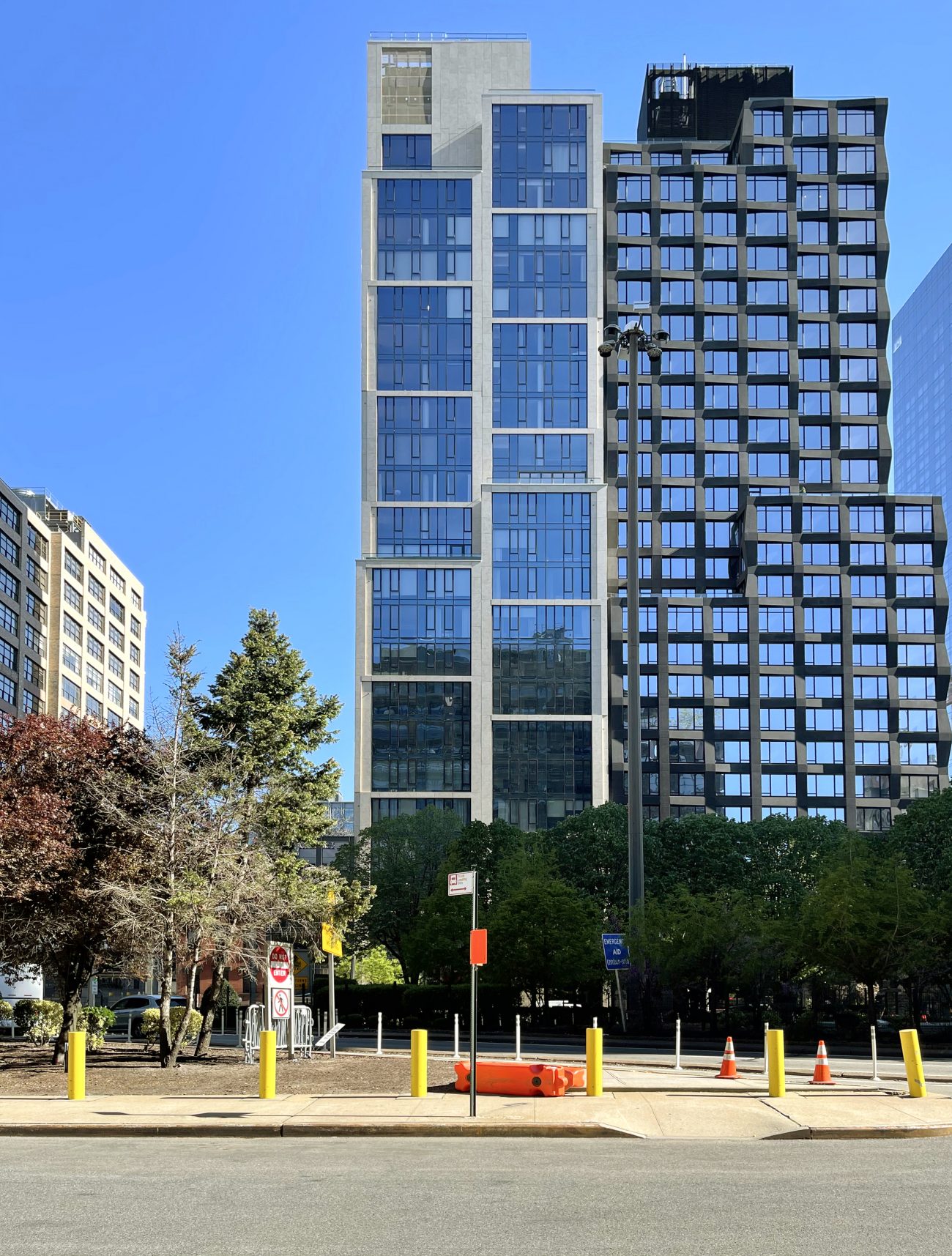 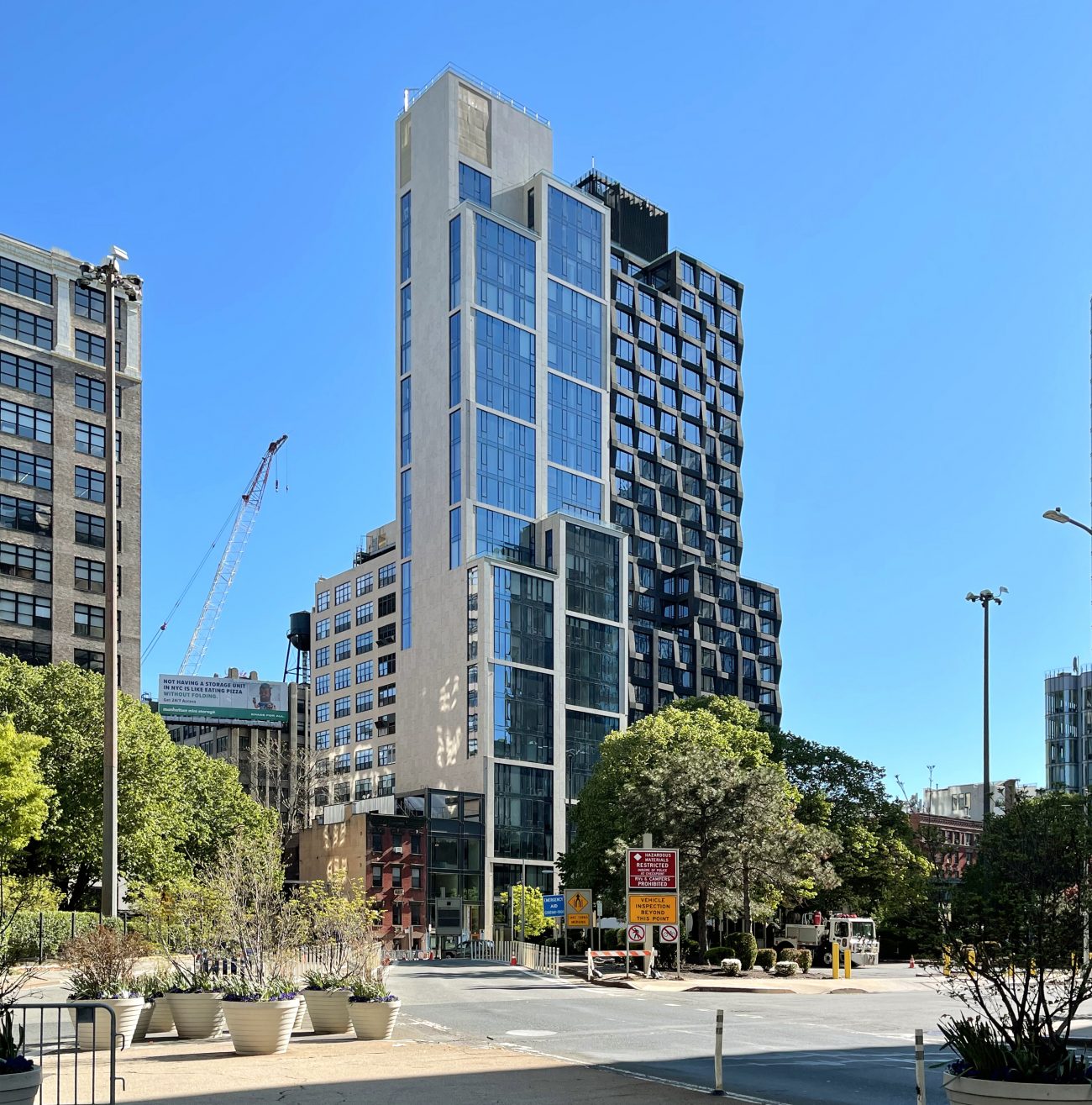 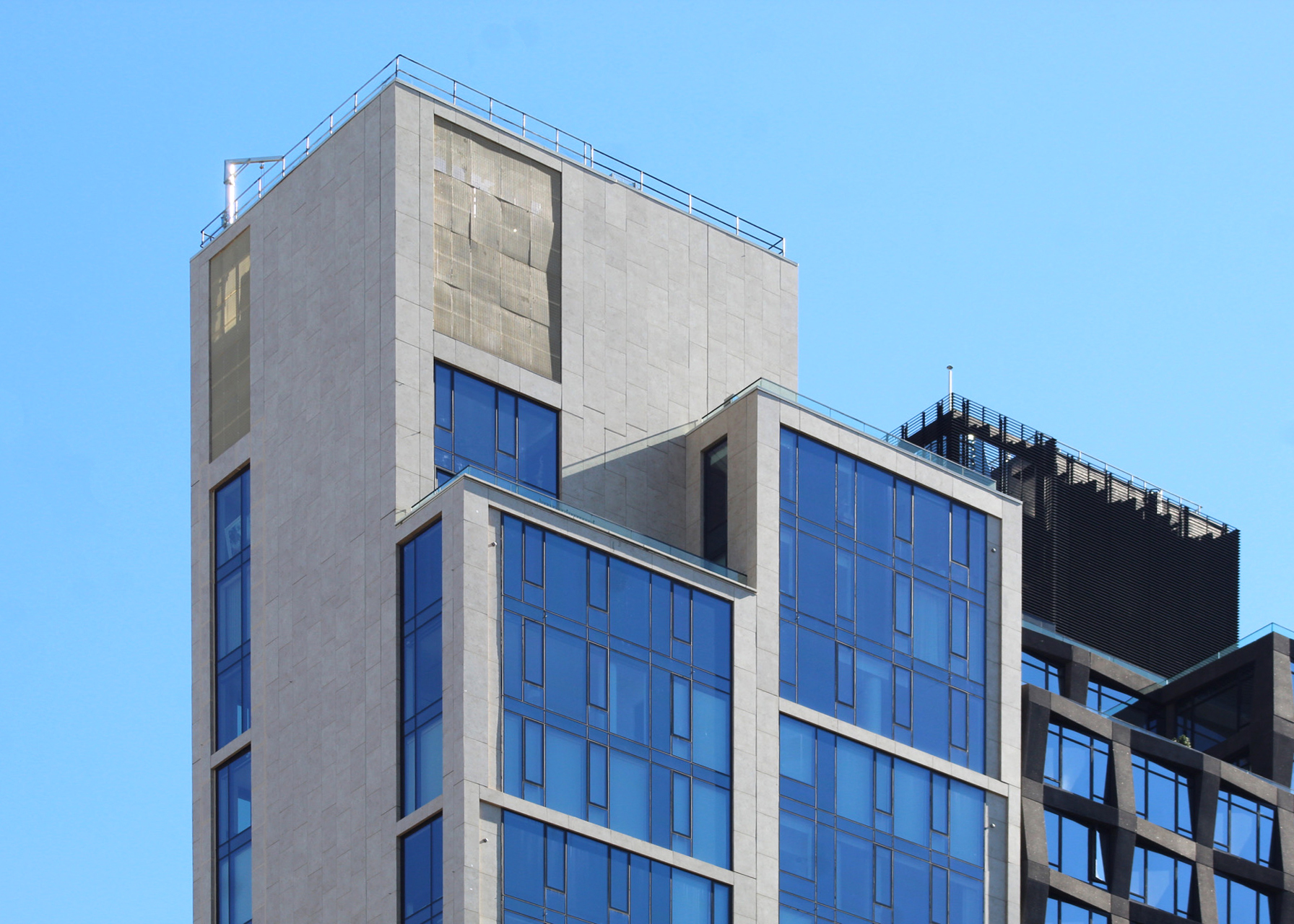 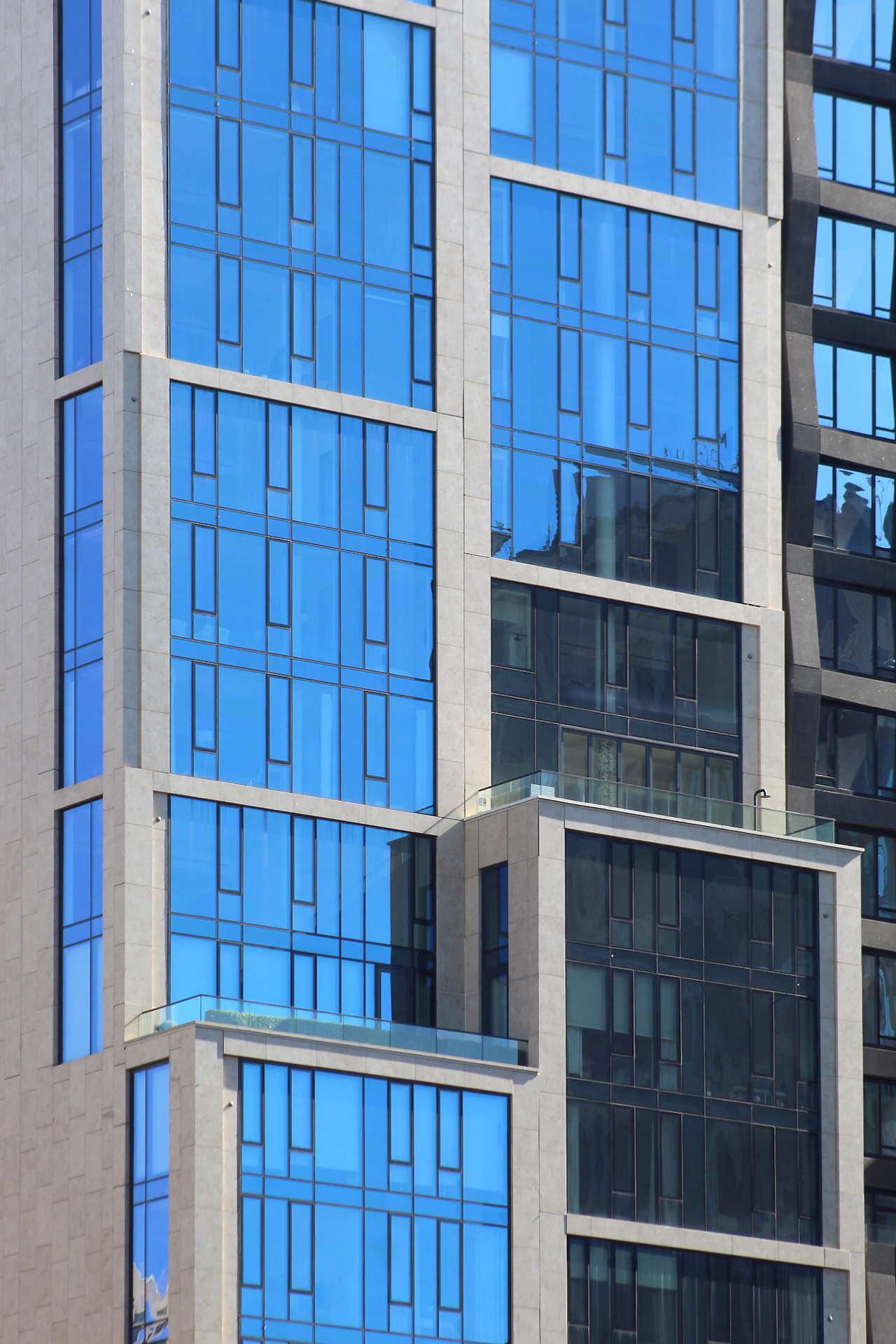 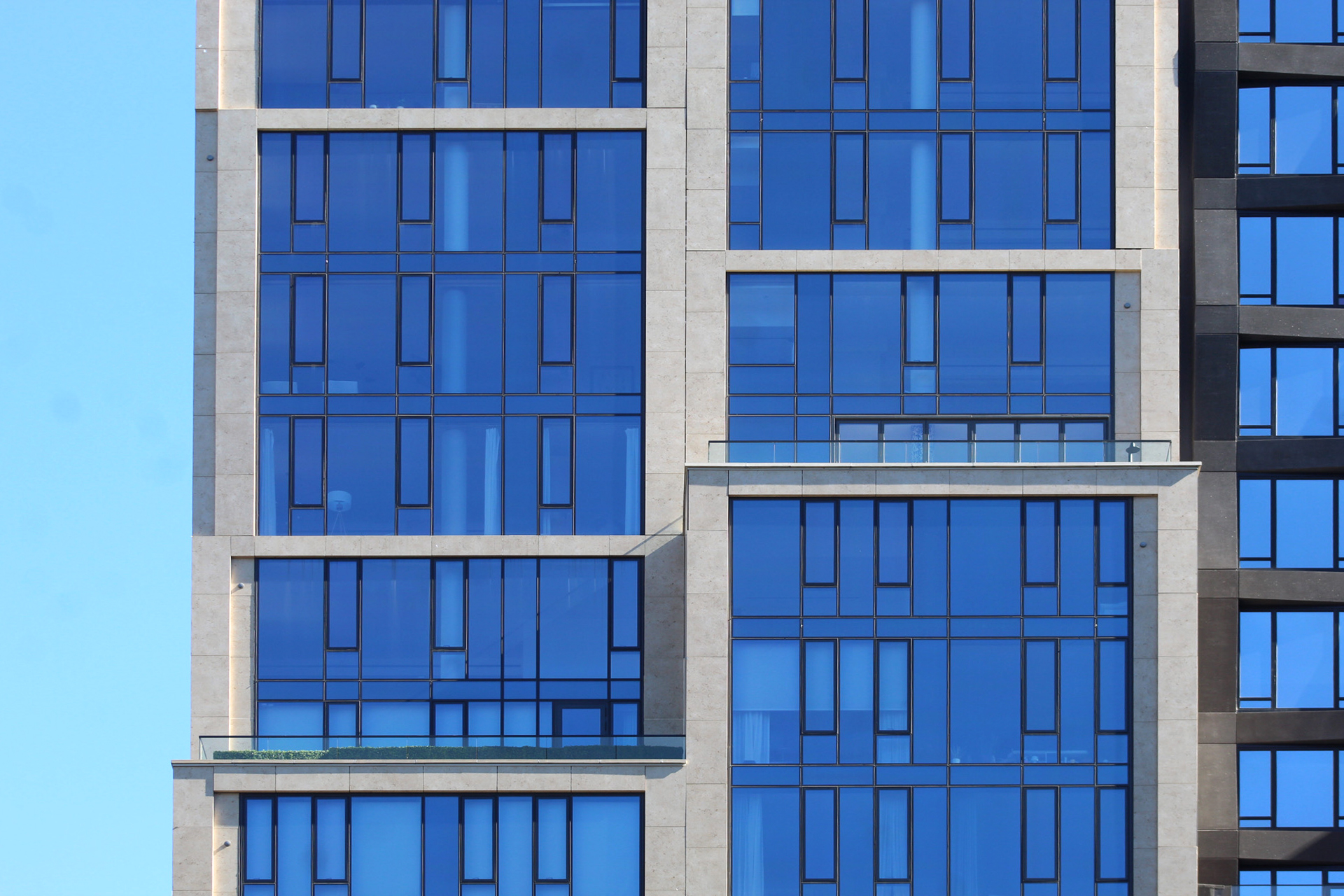 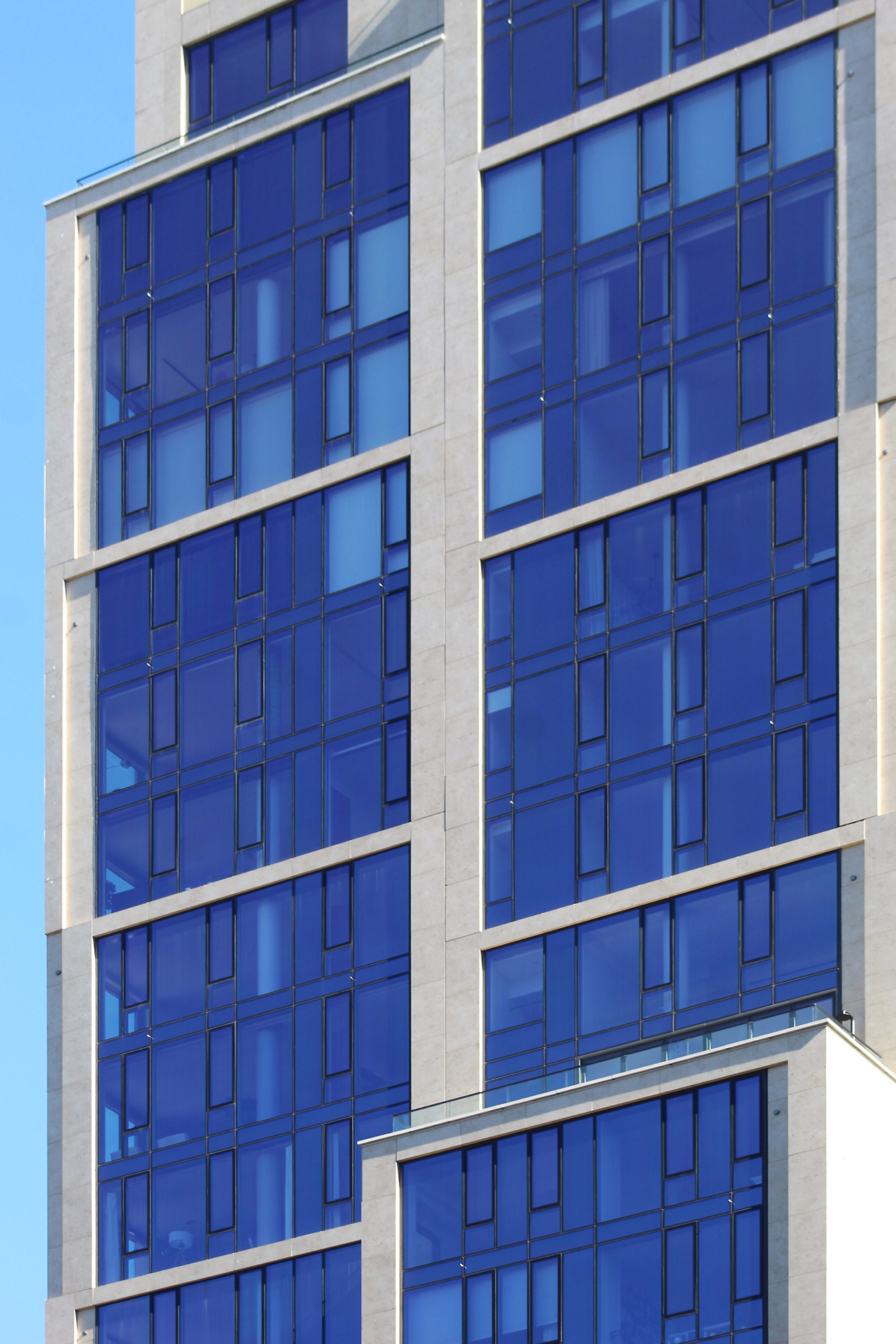 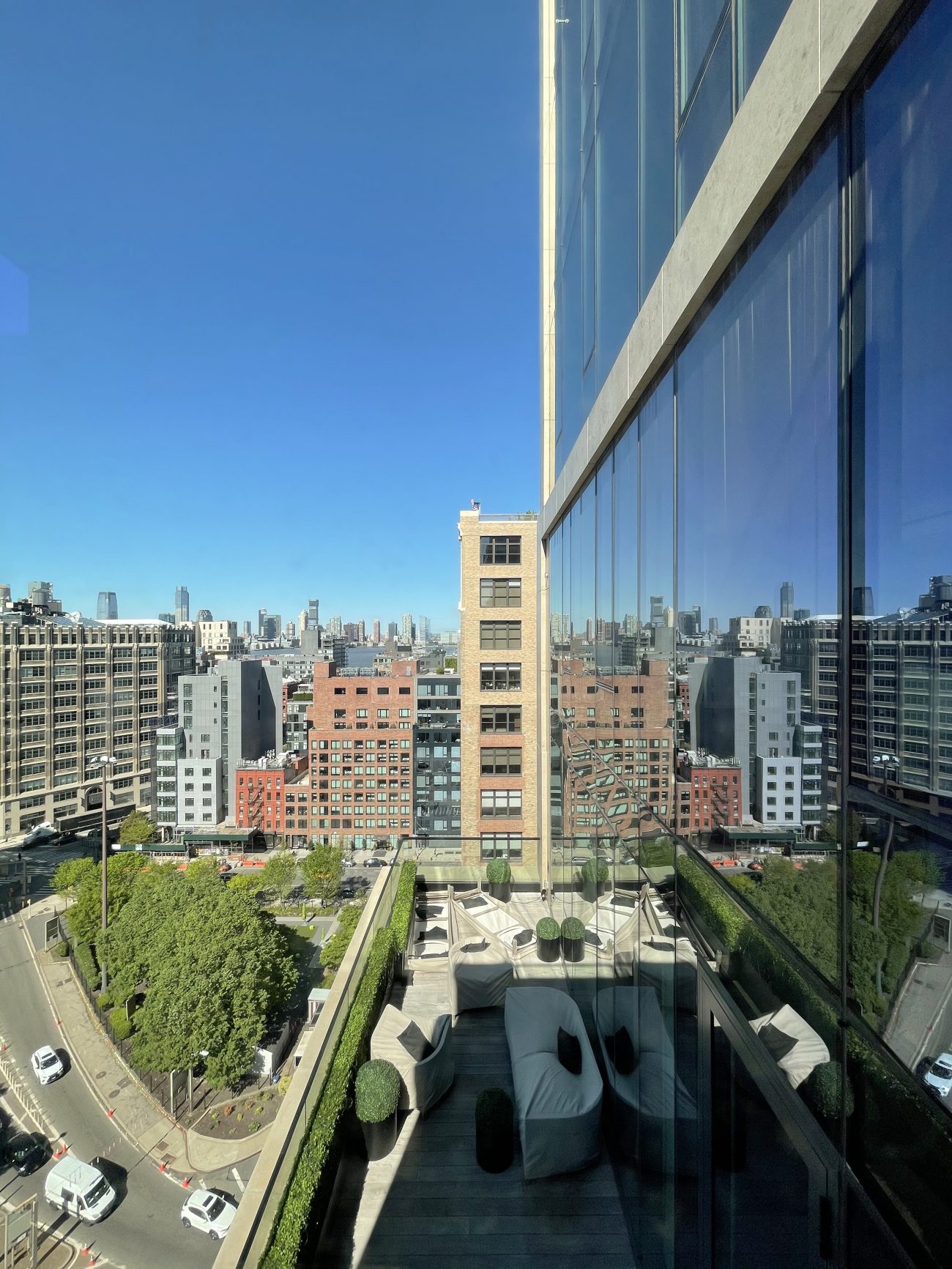 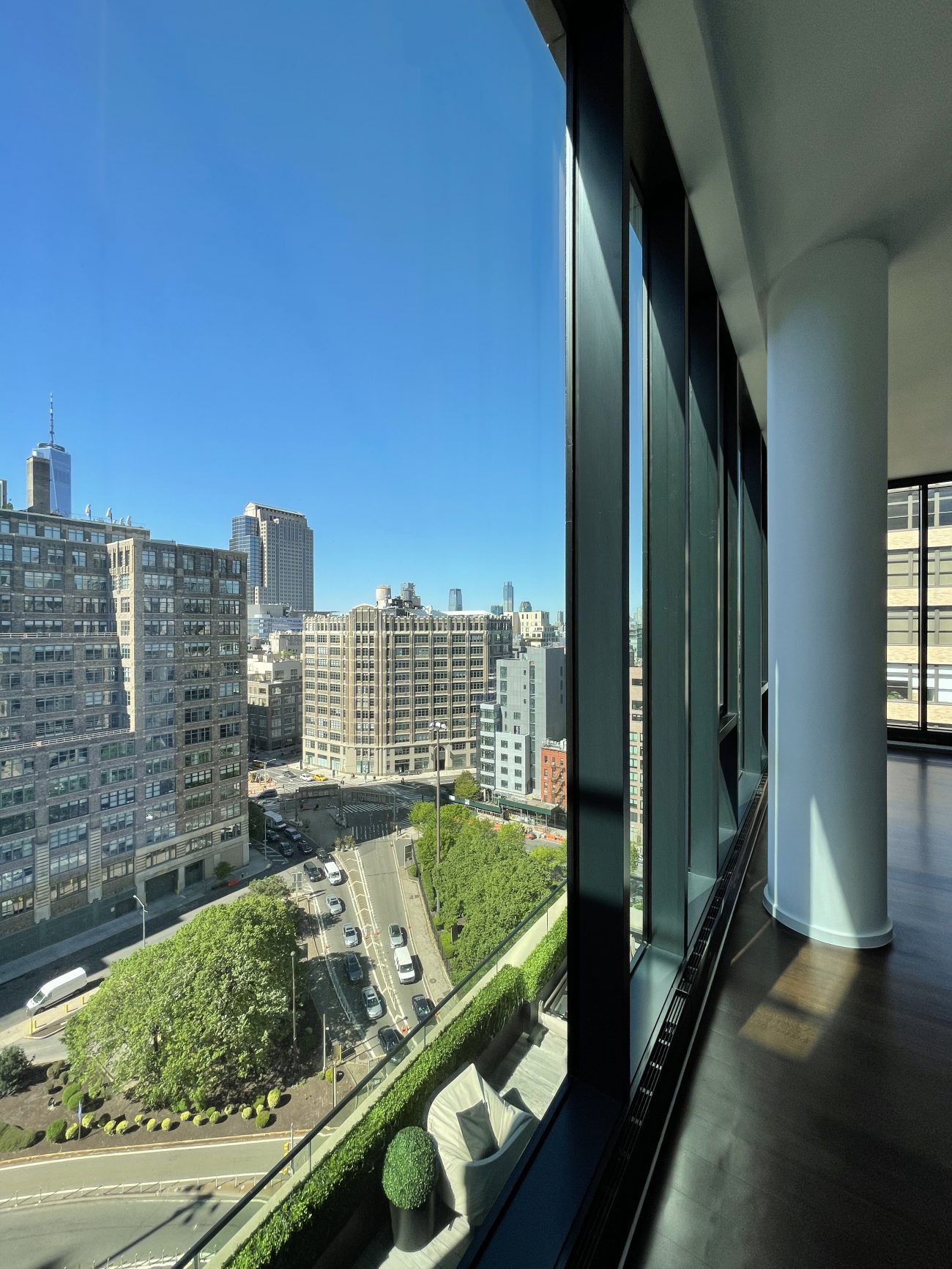 Looking down at the lanes leading to the Holland Tunnel from the upper floors of 570 Broome Street. Photo by Michael Young 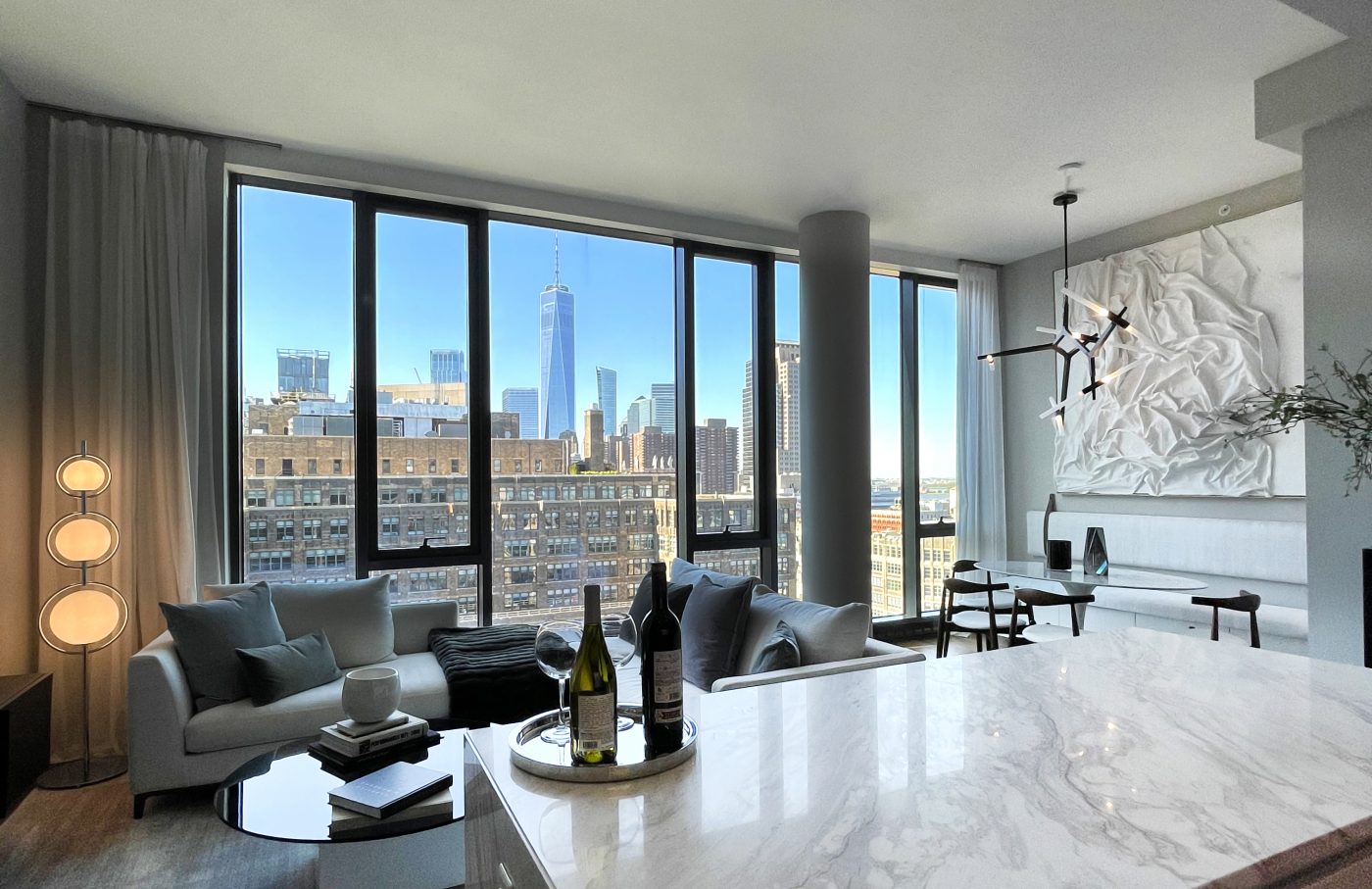 The views of Lower Manhattan from 570 Broome Street. Photo by Michael Young 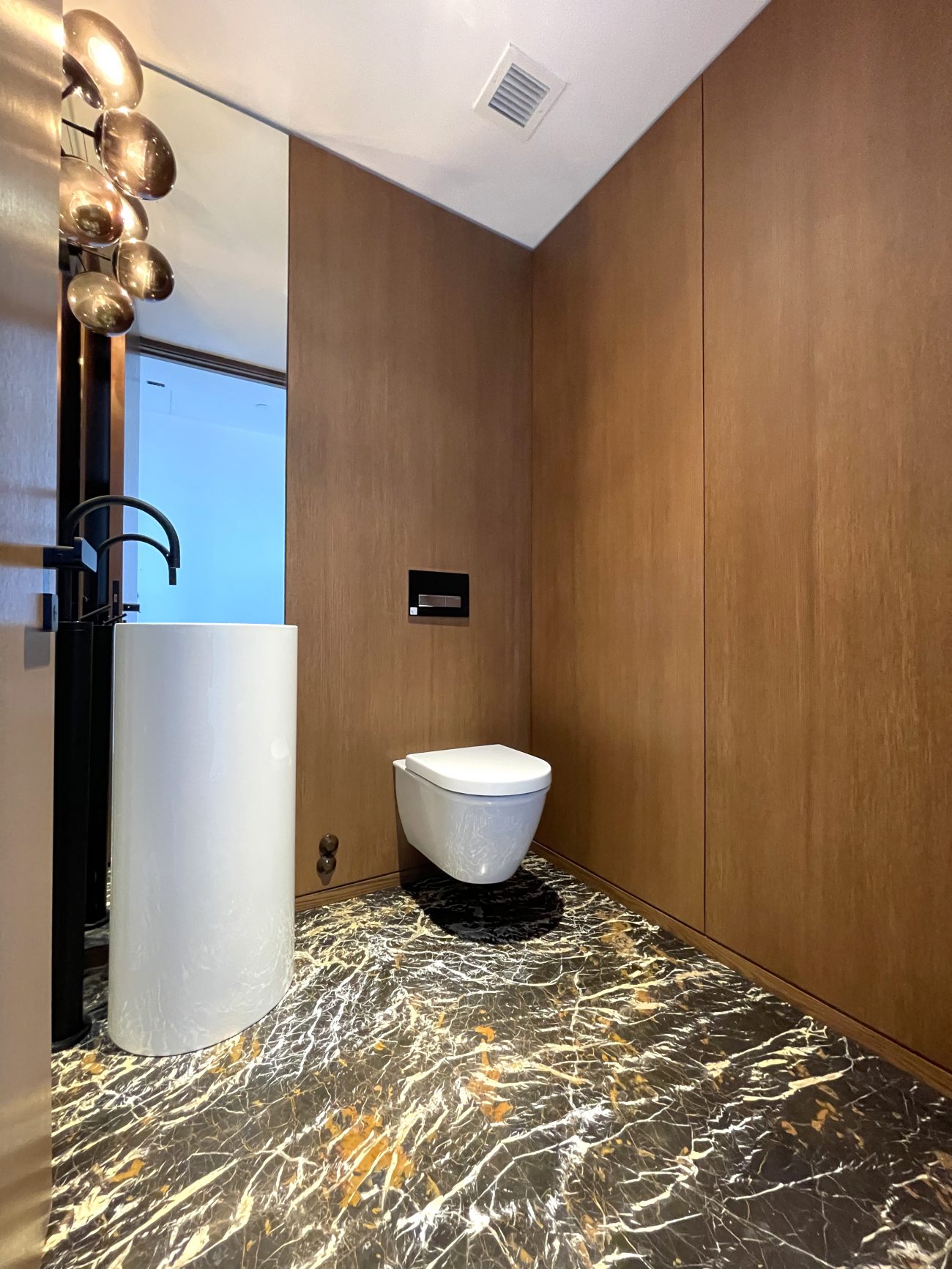 An example of one of the bathrooms showing the vibrant colors of the marble floors and wooden walls, and the lighting fixtures above the minimalist sink and dark faucet. Photo by Michael Young 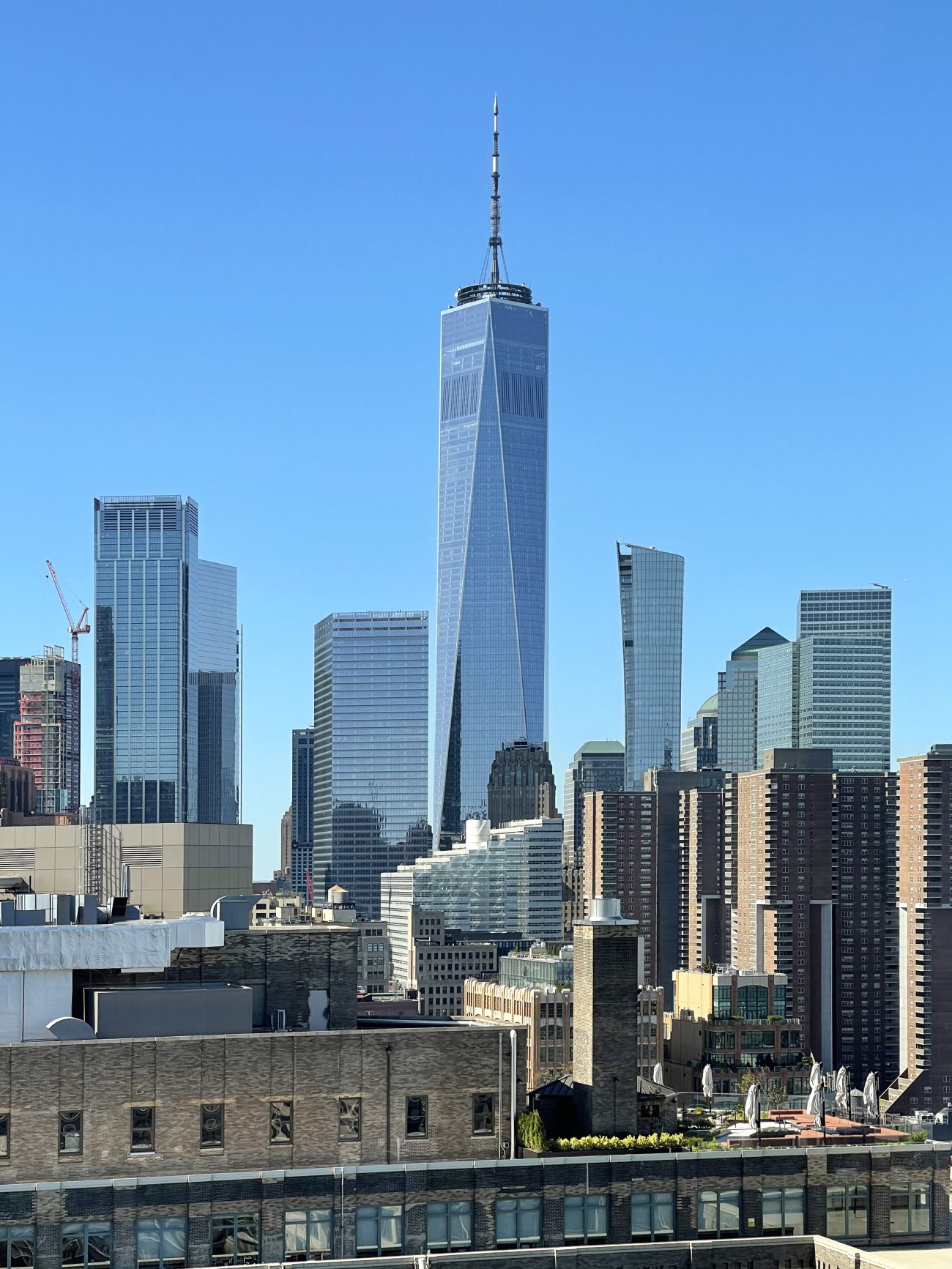 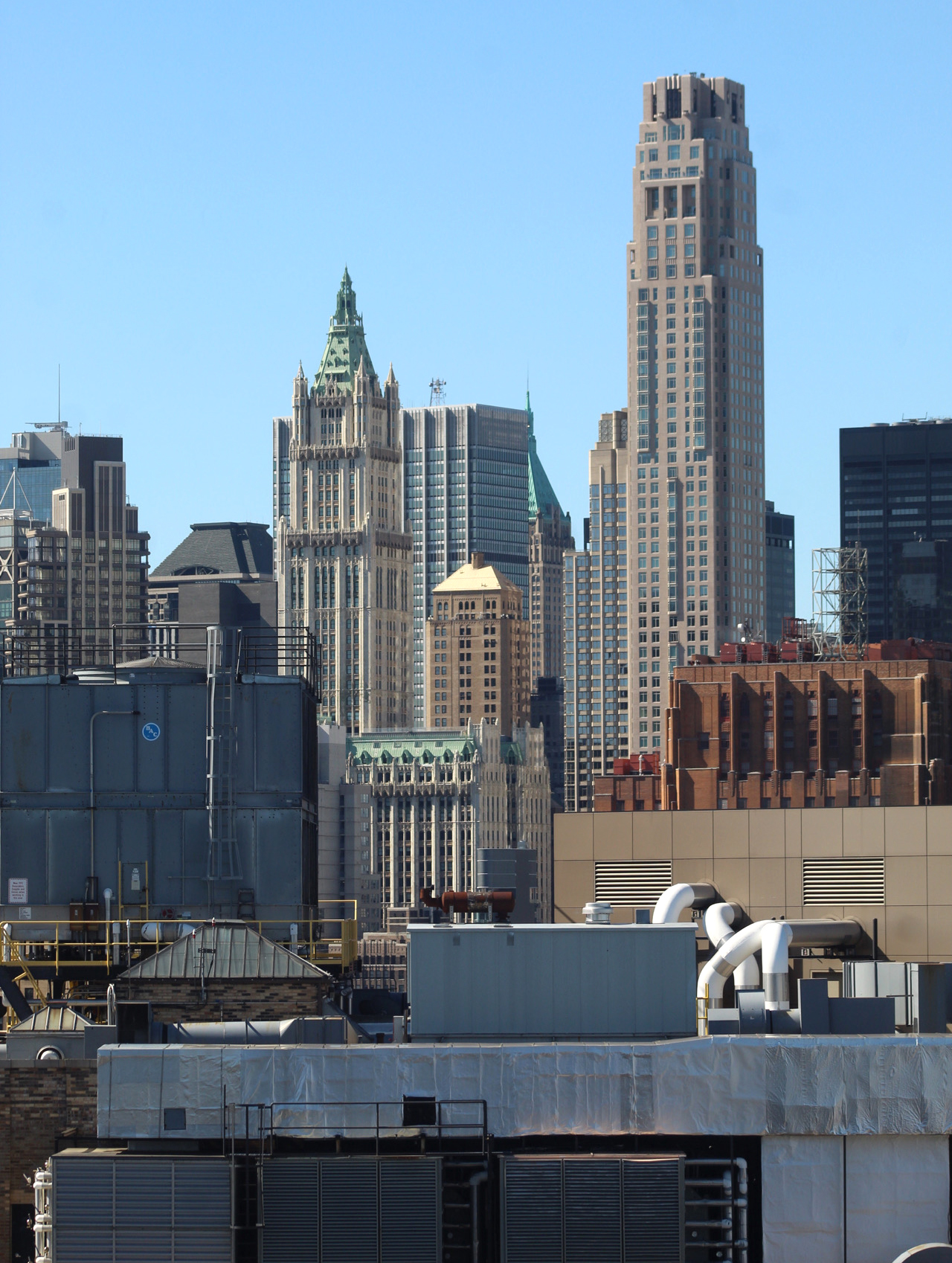 The Woolworth Building and 30 Park Place. Photo by Michael Young 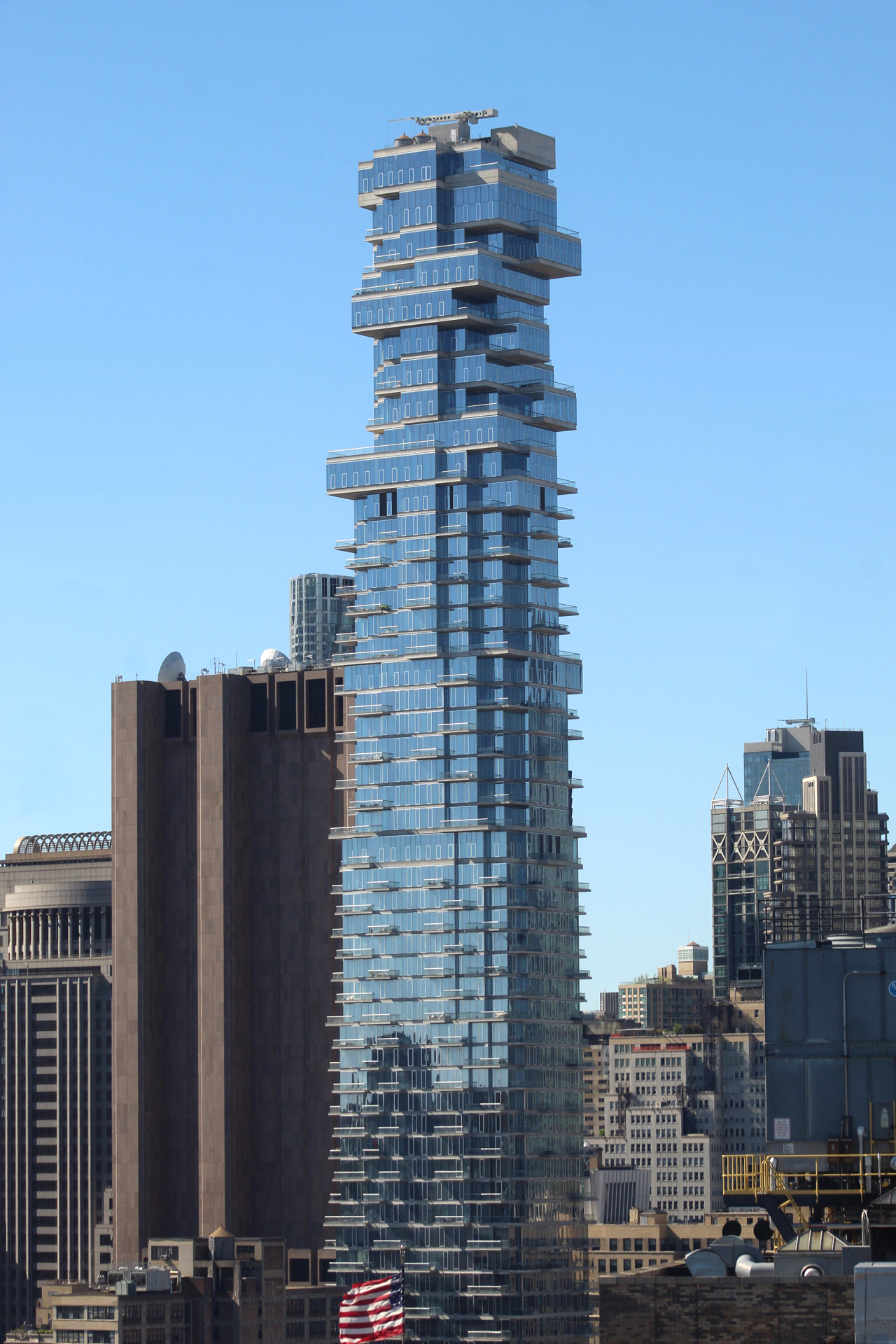 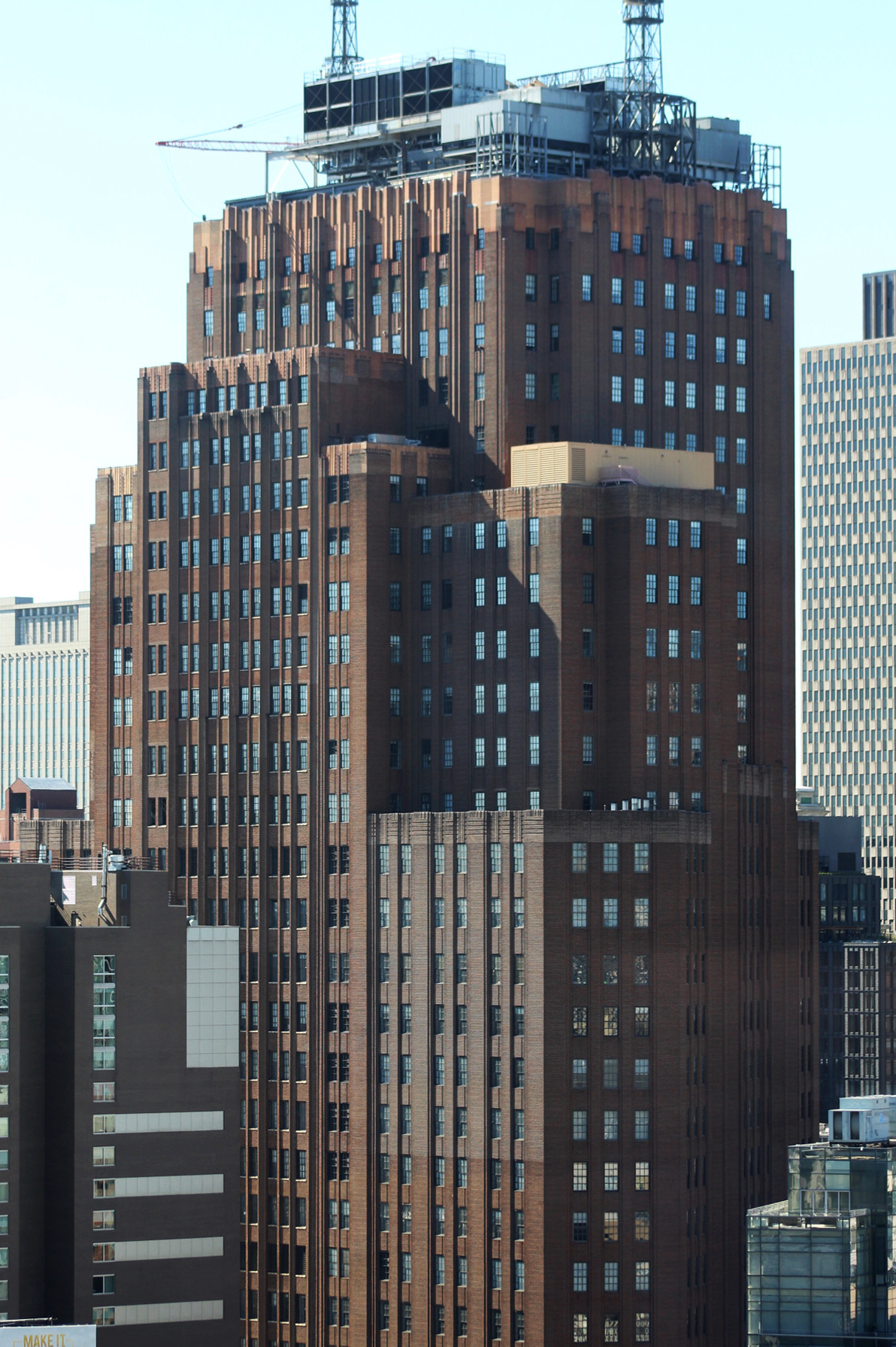 32 Avenue of the Americas. Photo by Michael Young 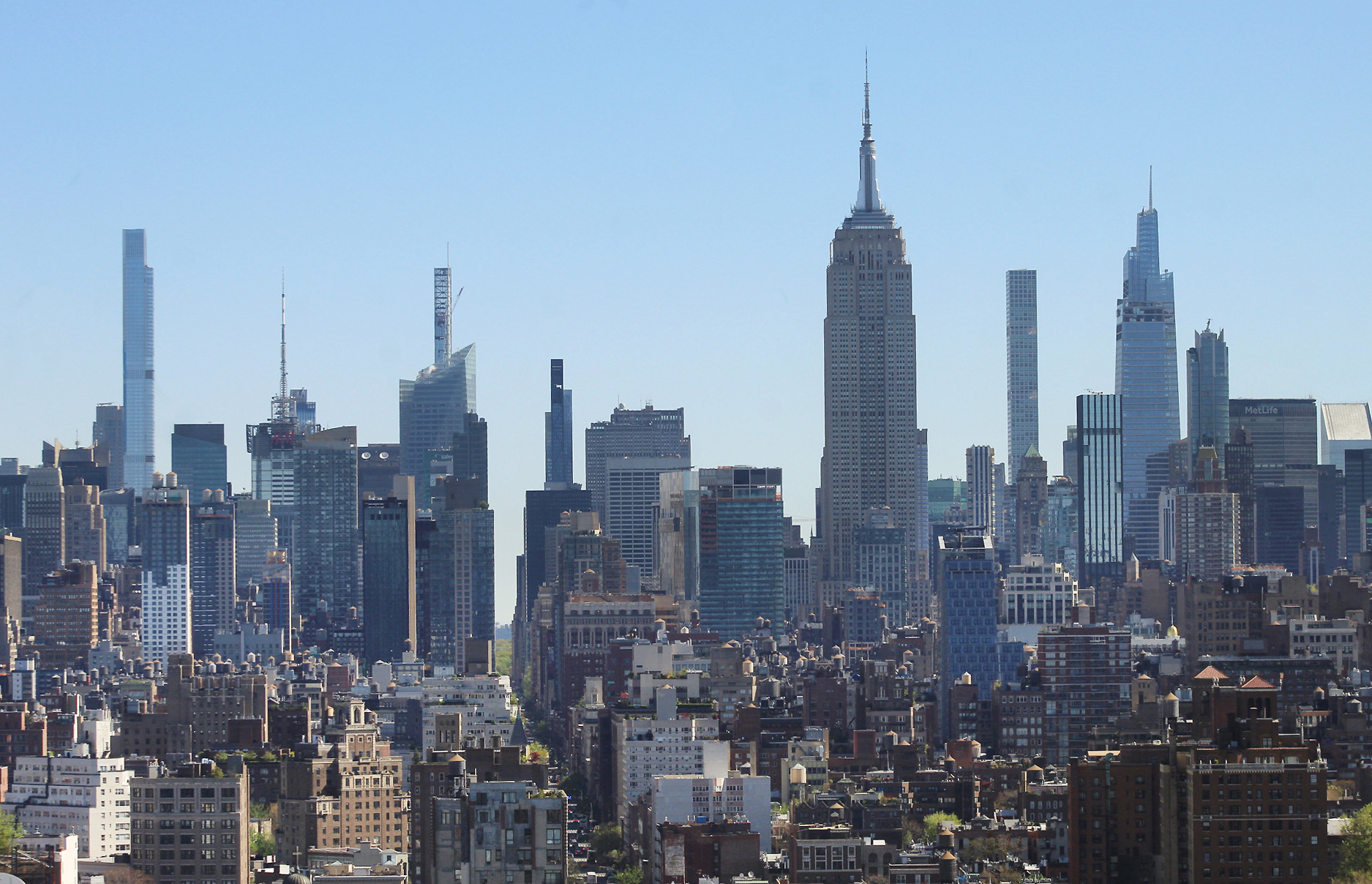 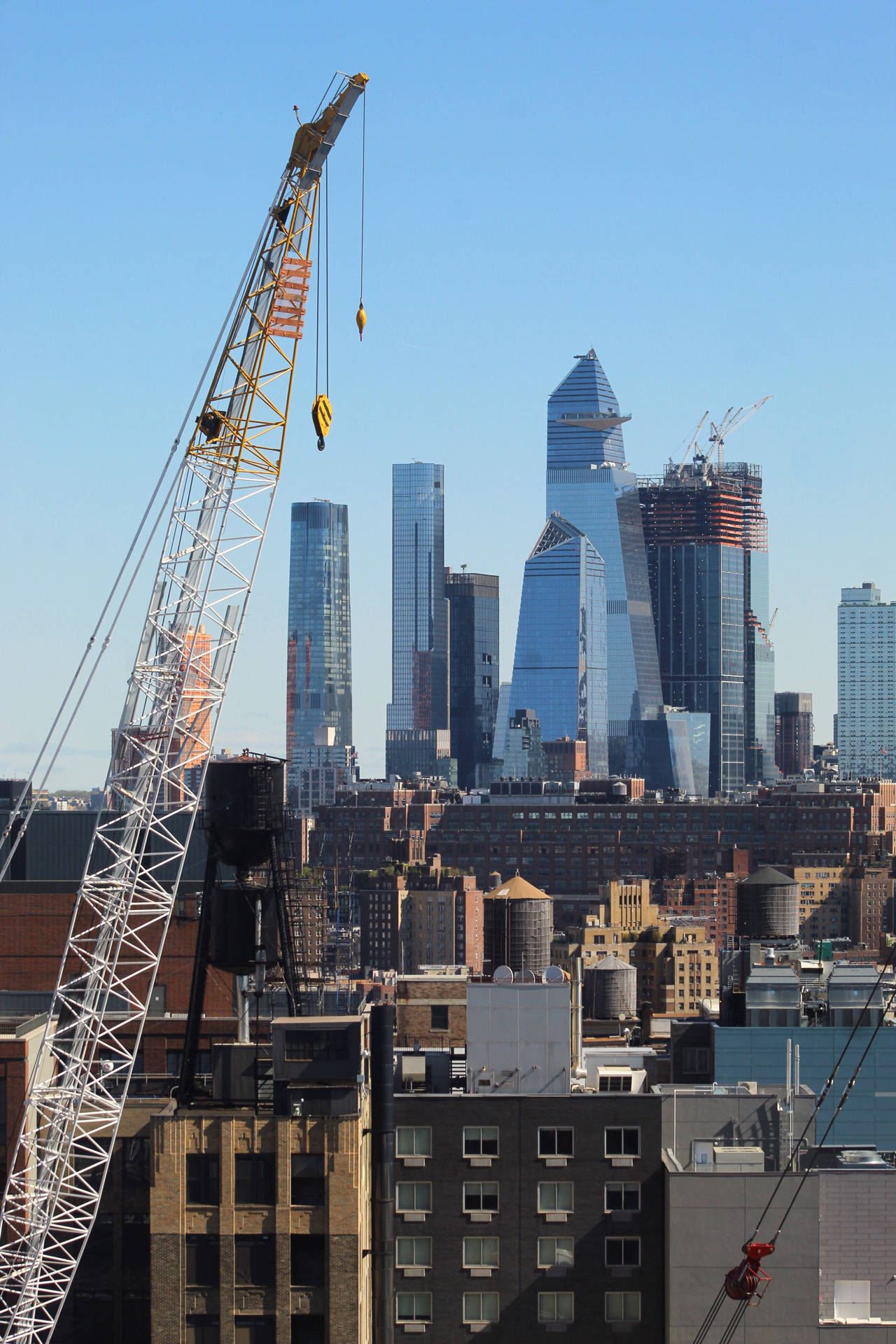 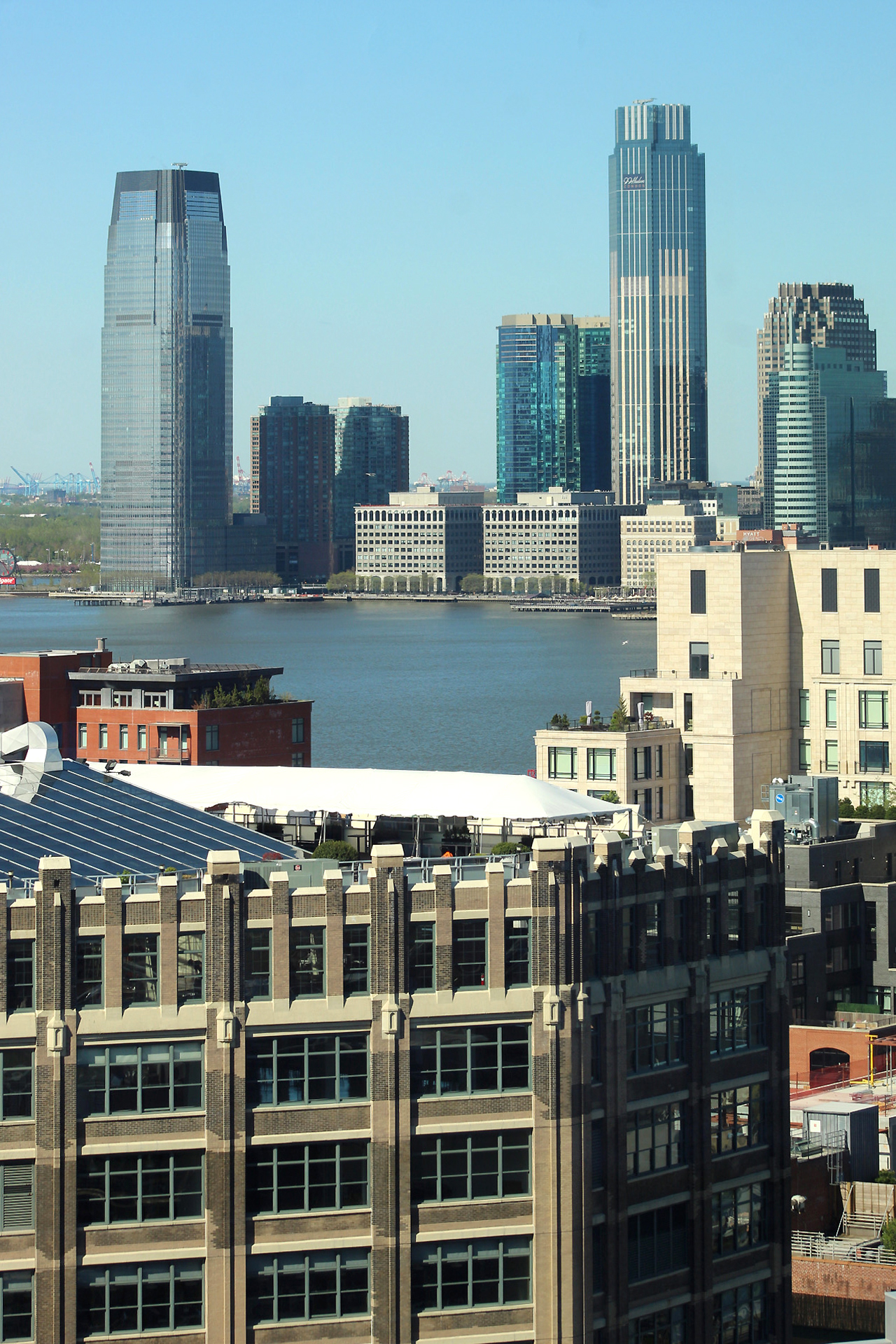 Jersey City and the Hudson River. Photo by Michael Young

570 Broome Street is located in a rapidly transforming area of Manhattan that is seeing high demand from buyers, and will soon be neighbors with Disney and Google, which are building headquarters just to the north. The proximity of Hudson Square Park is also a very appealing factor for residents, as it allows easy access to the waterfront, green space, bike paths, and lush landscaping along the Hudson River. Other districts within walking distance include the West Village, Soho, and Tribeca with plentiful options for retail, dining, and entertainment.

All one-bedroom units have been sold, along with the two penthouses on the upper levels, and only a few two- and three-bedrooms remain. The three-bedroom homes have flexible layouts and can be utilized as a two-bedroom with a home office. The other 20 percent of available condominiums all have vented kitchens and dryers, and residents can enjoy a spacious below-grade fitness center with spaced-out equipment and a separate adjacent room that can be used for boxing and yoga.

6 Comments on "YIMBY Takes in the Views from 570 Broome Street in Hudson Square, Manhattan"