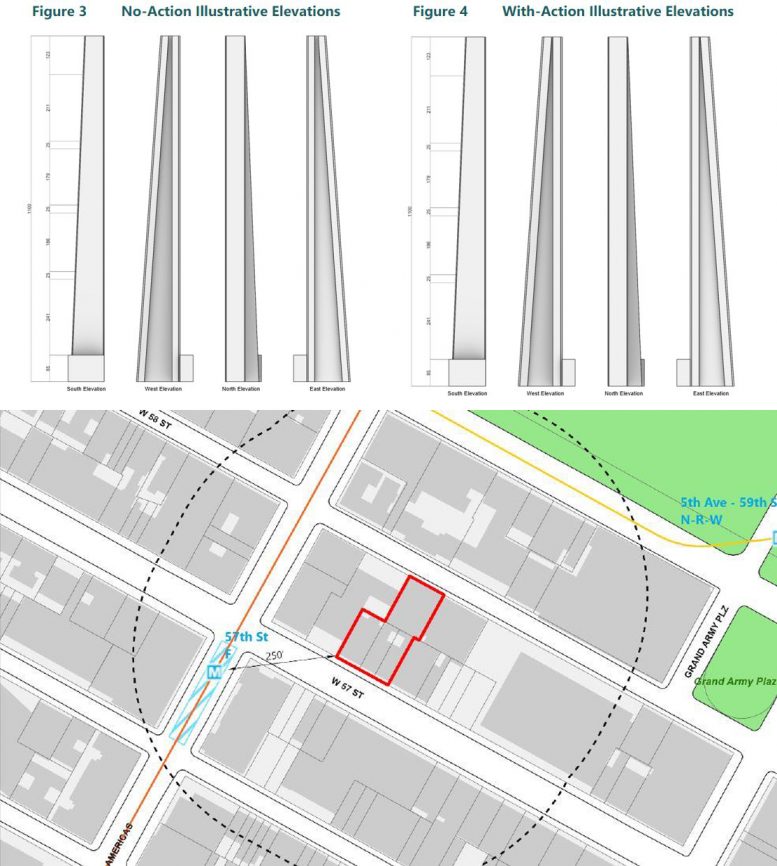 It looks like Billionaires’ Row is about to get another supertall in the near future. Plans for a mixed-use 1,100-foot-tall tower at 41-47 West 57th Street have been spotted according to the New York DOB, where the applicant, BOB 57, LLC., proposes a 63-story supertall with just under 443,100 square feet of newly built space. About 237,100 square feet will be devoted toward residential usage with 119 units, while nearly 205,100 square feet of commercial space will make room for a 158-room hotel and a 10,212-square-foot restaurant. The Midtown, Manhattan site is located between Fifth and Sixth Avenues and has frontage along both West 57th and West 58th Streets. This would be the tallest structure between SHoP Architects‘ 111 West 57th Street and Rafael Vinoly‘s 432 Park Avenue.

Scaffolding and black netting once enclosed the low-rise structures that are now demolished. Photographs below show the state of the old buildings last fall and early winter. 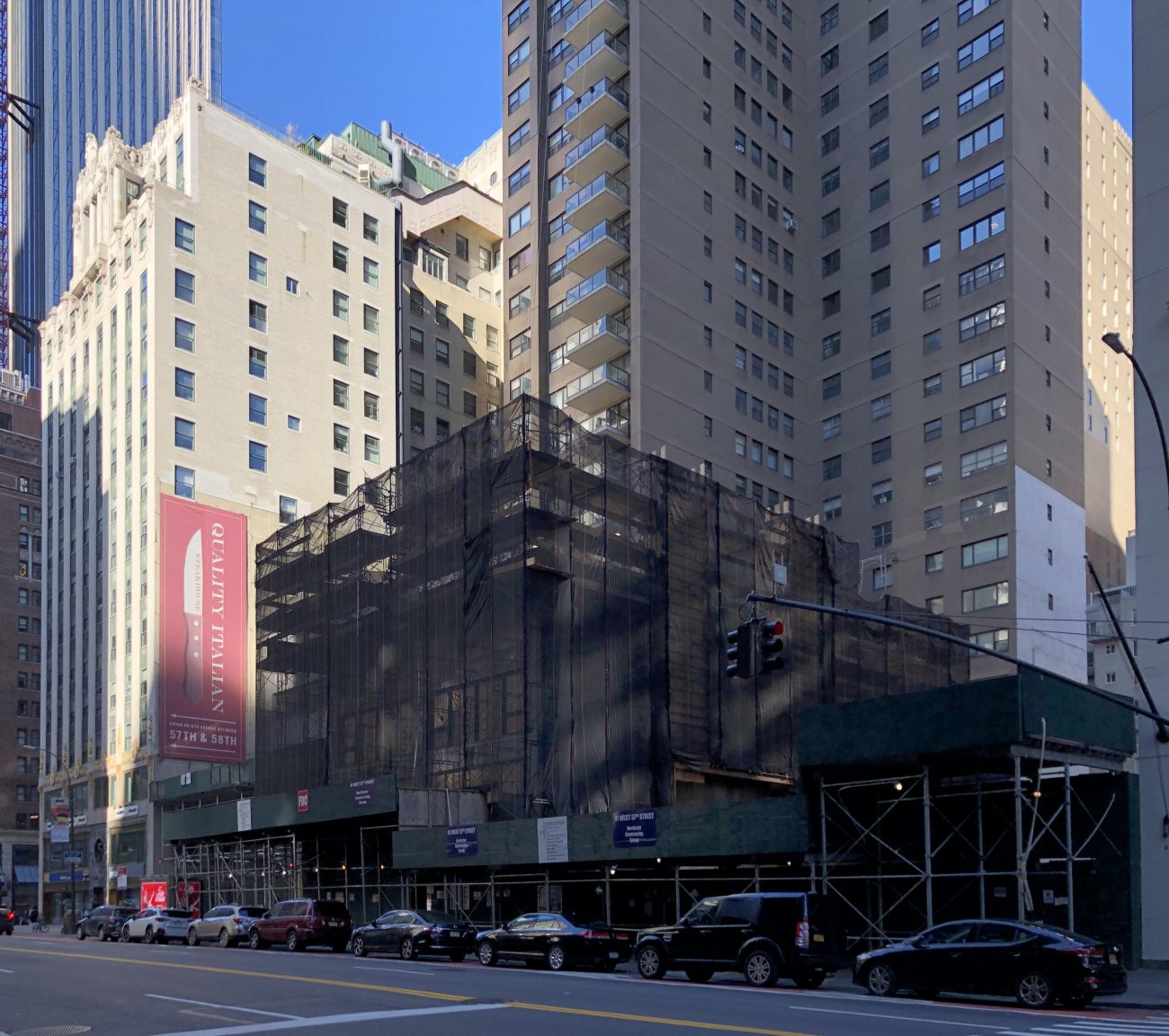 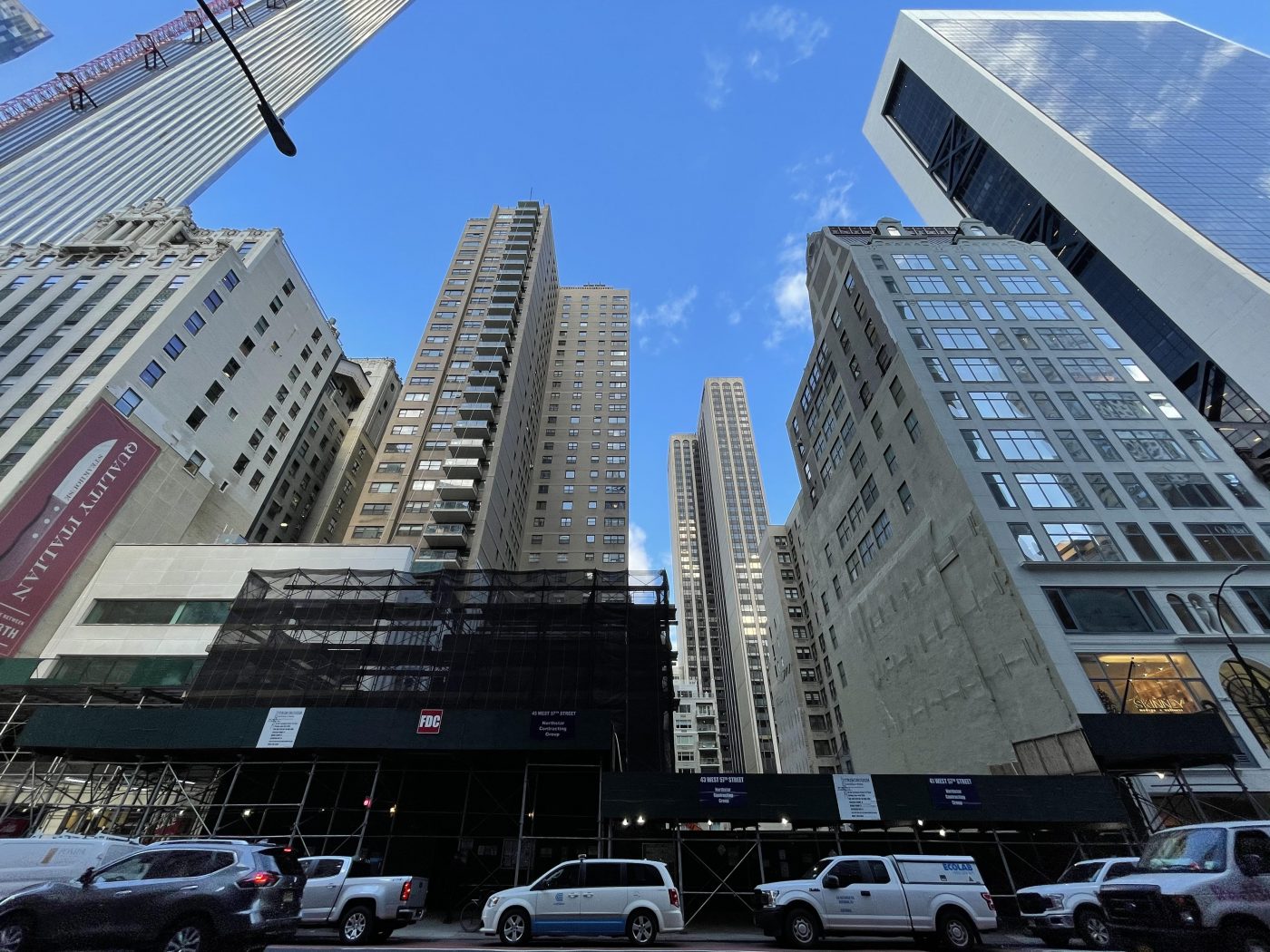 The architectural height of 1,100 feet is a with-action incentive and is the maximum height for 41-47 West 57th Street. Such a roof parapet will easily make the proposed structure join the canyon of supertalls along the coveted 57th Street thoroughfare that currently boasts New York City’s tallest building by roof height, and the tallest residential building in the world, Central Park Tower. The plans also call for a floor area bonus of 52,075 square feet in connection with nearby subway improvements to the F train at the 57th Street station. 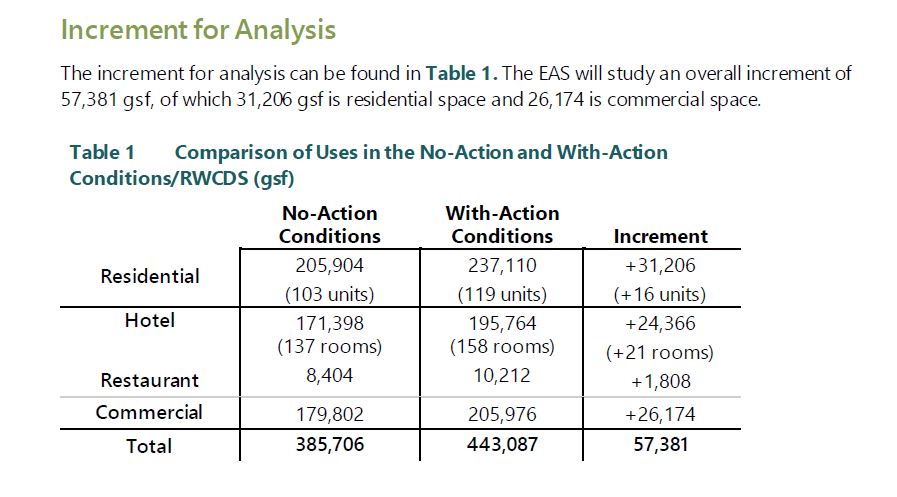 The No- and With-Action incentives and the square footage difference.

The elevation diagrams below show variations for No- and With-Action incentives and square footage. Several sides taper towards the reduced area for the rooftop and would create a distinct silhouette in the skyline. The differences are very subtle but can be spotted in the western and eastern sides of the supertall. There will be a five-story podium, followed by the main 58-story tower above set back from both street frontages. It seems like the massing is largely sloped on the southern profile toward the pinnacle, similar to 111 West 57th Street, but with a more straightforward representation of the zoning without the elegant feathered profile appearance that SHoP utilized for the upper setbacks on its residential supertall design. 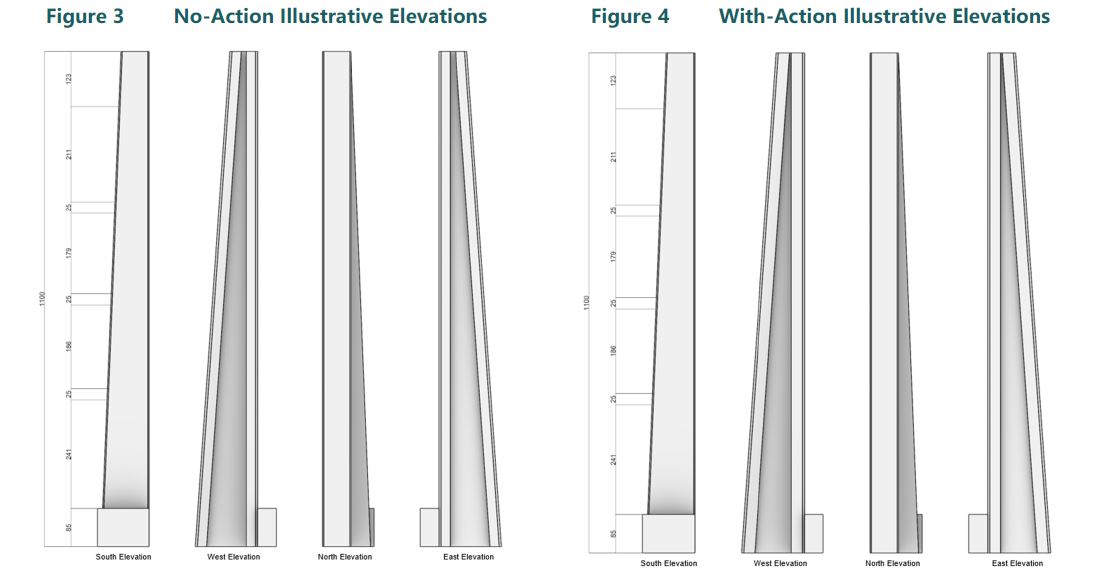 The 57th Street subway improvement is 250 feet away from the property and calls for the construction of two new ADA-accessible elevators, an elevator machine room that services both elevators, and a rearrangement of the fare control line and a new set of Automated Farecard Access Gates in order to accommodate the mezzanine to plaza elevator. 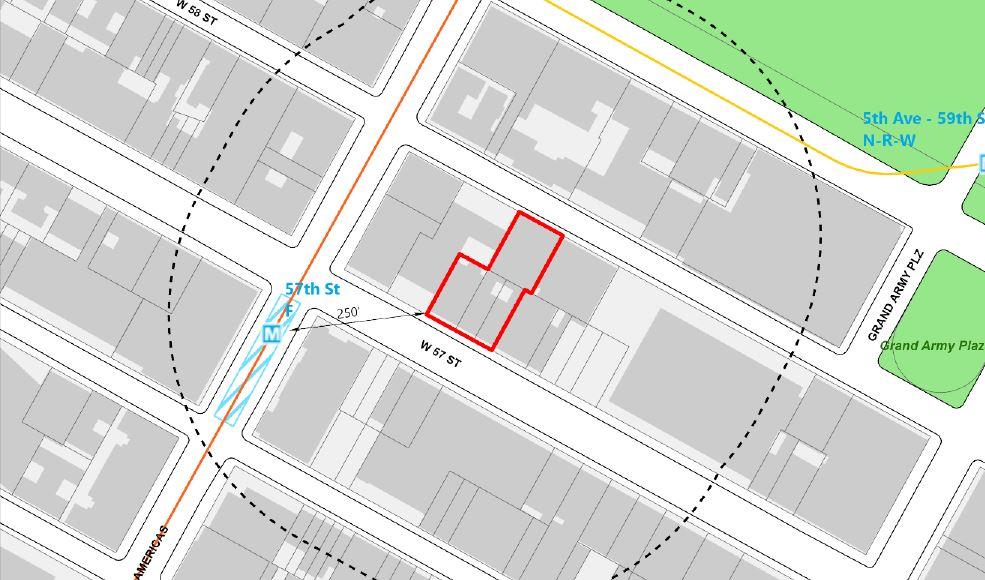 The address may be familiar to some people, as it was the site of a whimsical 2015 proposal by Mark Foster Gage Architects for a 102-story supertall clad in limestone-tinted cast stone panels, glass, hydro-formed bronze alloy details, brass-tinted alloy structural extrusion enclosures, and a plethora of dramatic, ornate sculptural forms such as a motif of wings, multiple corner terraces, and tall atrium spaces. These design elements led to the project being nicknamed “The Khaleesi,” after the character in the HBO TV series Game of Thrones.

41-47 West 57th Street is anticipated to be built in a single phase in a period of 45 to 48 months, or roughly four years, and be completed and operational in 2026. An architect and official renderings have yet to be publicly disclosed.