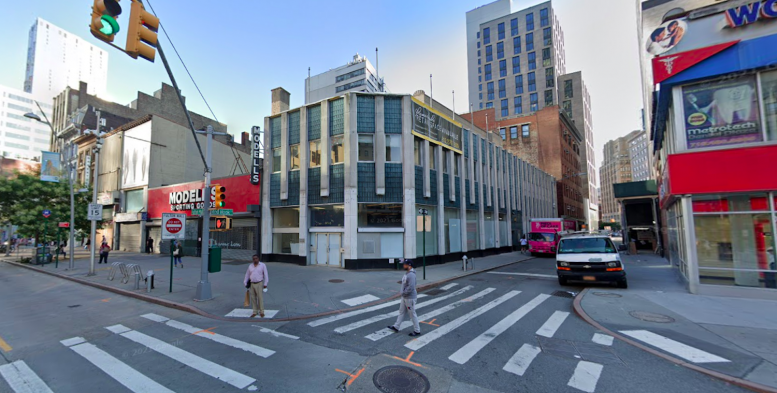 Permits have been filed for a 43-story mixed-use tower at 356 Fulton Street in Downtown Brooklyn. Located at the intersection of Fulton Street and Red Hook Lane, the lot is one block from the Jay Street-MetroTech subway station, serviced by the A, C, and F trains. Jeff Mongno of The Feil Organization is listed as the owner behind the applications.

The proposed 496-foot-tall development will yield 443,418 square feet, with 329,305 square feet designated for residential space and 114,113 square feet for commercial space. The building will have 363 residences, most likely rentals based on the average unit scope of 907 square feet. The concrete-based structure will also have two cellar levels, a 30-foot-long rear yard, 73 open parking spaces, and 73 enclosed parking spaces.

Demolition permits were filed last month for the three-story structure on the site. An estimated completion date has not been announced.