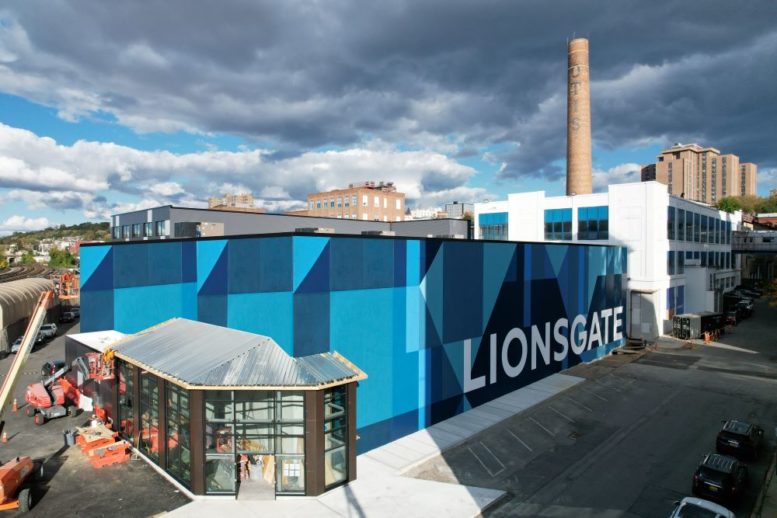 Lionsgate Studios has officially opened a 500,000-square-foot film and television production studio in downtown Yonkers. The property is located on the shores of the Hudson River and is the latest component of an expanding production campus that will soon be the largest of its kind in the Northeast region.

The builder and manager of the $500 million campus is Great Point Studios, an investment and development group led by Hallmark Channel founder Robert Halmi and media investment banker Fehmi Zeko.

When complete, the entire campus will span roughly 1 million square feet across nearly 15 acres. Facilities will include 11 sound stages, parking for 750 vehicles and 100 trucks, and more.

Lionsgate, the confirmed anchor tenant, will occupy seven stages on a long-term lease. Mediapro, a global communications and production company based in Barcelona, has also signed on for a long term lease of available stages.

“With demand for new content greater than ever and prime studio space at a premium, we’re pleased to partner with Great Point on the opportunity to become an anchor tenant of the Yonkers Studios,” said Lionsgate CEO Jon Feltheimer. “They will give our television and film productions state-of-the-art East Coast sound stages with great proximity to New York City, and we look forward to them becoming an important hub for our global production activities.”

The campus is expected to be complete by December 2023. Great Point has also announced plans to break ground on a second campus with eight additional soundstages.