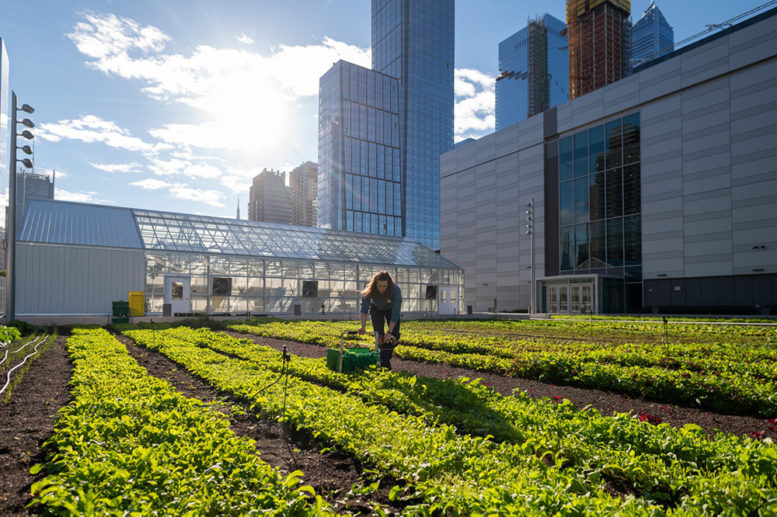 Following a $1.55 billion renovation, the Jacob K. Javits Center in Midtown, Manhattan now features a one-acre rooftop farm. The working farm is expected to generate up to 40,000 pounds of produce each year.

Managed by farmers from the Brooklyn, rooftop crops include a large mix of fruits and vegetables that will be integrated into meals offered at certain events and expos at the convention center. On Monday, April 18th, the farmers harvested this year’s first produce, including carrots, leeks, and baby kale.

“As we celebrate Earth Week, it’s important to reflect on our existential fight against climate change and continue our pursuit of historic, innovative solutions to bring us closer to a cleaner, greener New York State,” said Governor Kathy Hochul. “From the success of its nearly seven-acre green roof to a new rooftop farm, the Javits Center has proven the power of sustainability.” 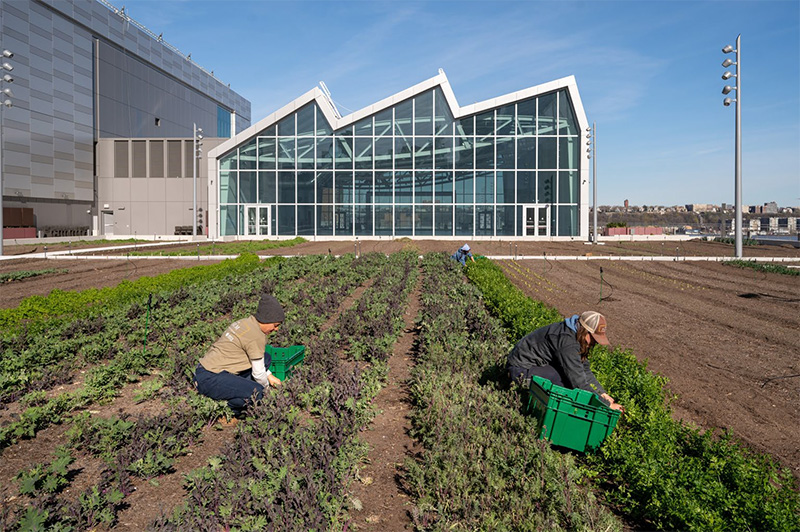 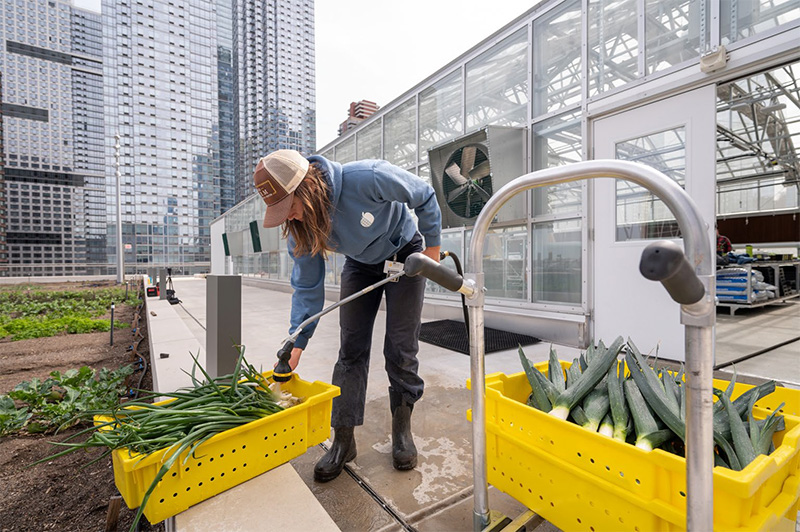 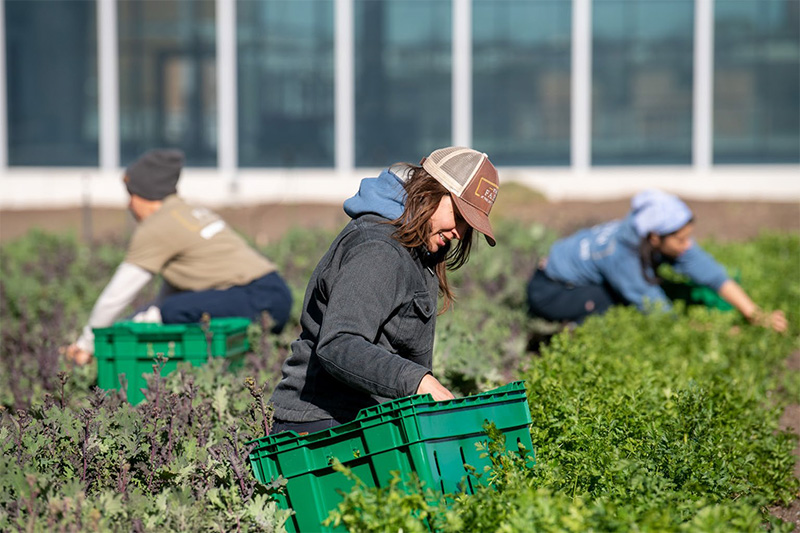 Completed May 2021, the Javits Center expansion project has increased the building’s event space to 3.3 million square feet including a 16,200-square-foot rooftop pavilion. The pavilion can now accommodate up to 1,500 guests.

The rooftop farm is just one component of the Javits Center’s sustainable retrofits. Housed in a 10,000-square-foot rooftop orchard, there is also a “food forest,” a seven-layer vertical ecosystem designed to increase the biodiversity, efficiency, and sustainability of food production systems. The roof also supports more than 3,000 solar panels, rainwater cisterns for renewable irrigation, and infrastructure designed to reduce runoff by 25 percent and remove 80 percent of total suspended solids from water.

“Not only is the Center cultivating a one-acre rooftop farm atop their West Side building, but now they are aiming for the highest bar of food quality standards by joining the New York State Grown & Certified program,” said state senator Brad Hoylman. “I am delighted that Governor Hochul has made sustainability in New York City a priority, especially in honor of Earth Day.”

Since 2014, 35 bird species, five bat species, and thousands of insects have been observed on the Javits Center’s green roof, in addition to five active beehives. The retrofits have also reduced the building’s energy consumption by roughly 26 percent.