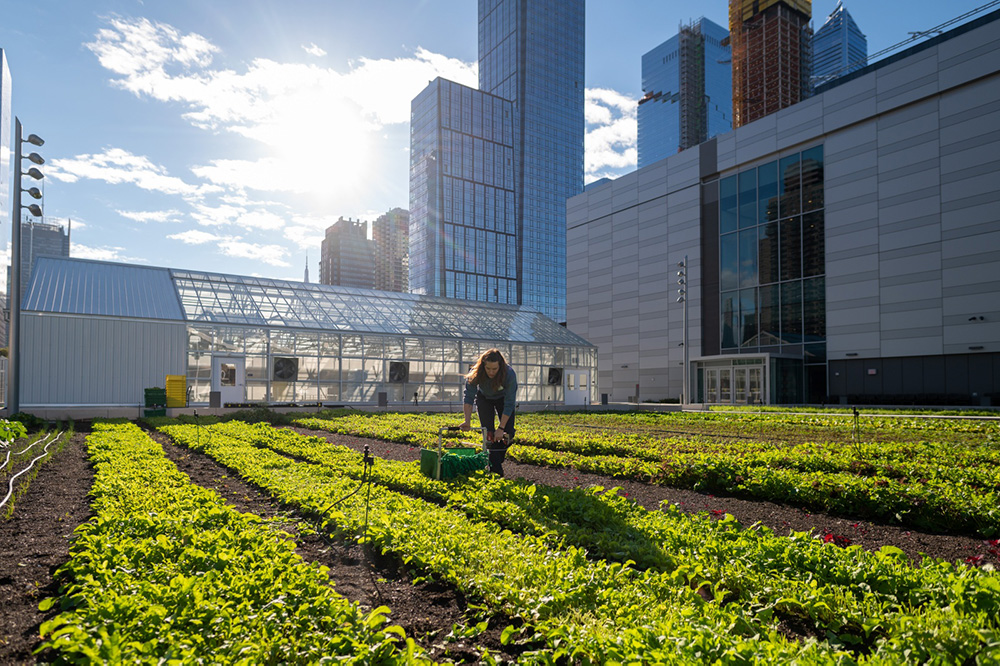 Following a $1.55 billion renovation, the Jacob K. Javits Center in Midtown, Manhattan now features a one-acre rooftop farm. The working farm is expected to generate up to 40,000 pounds of produce each year. 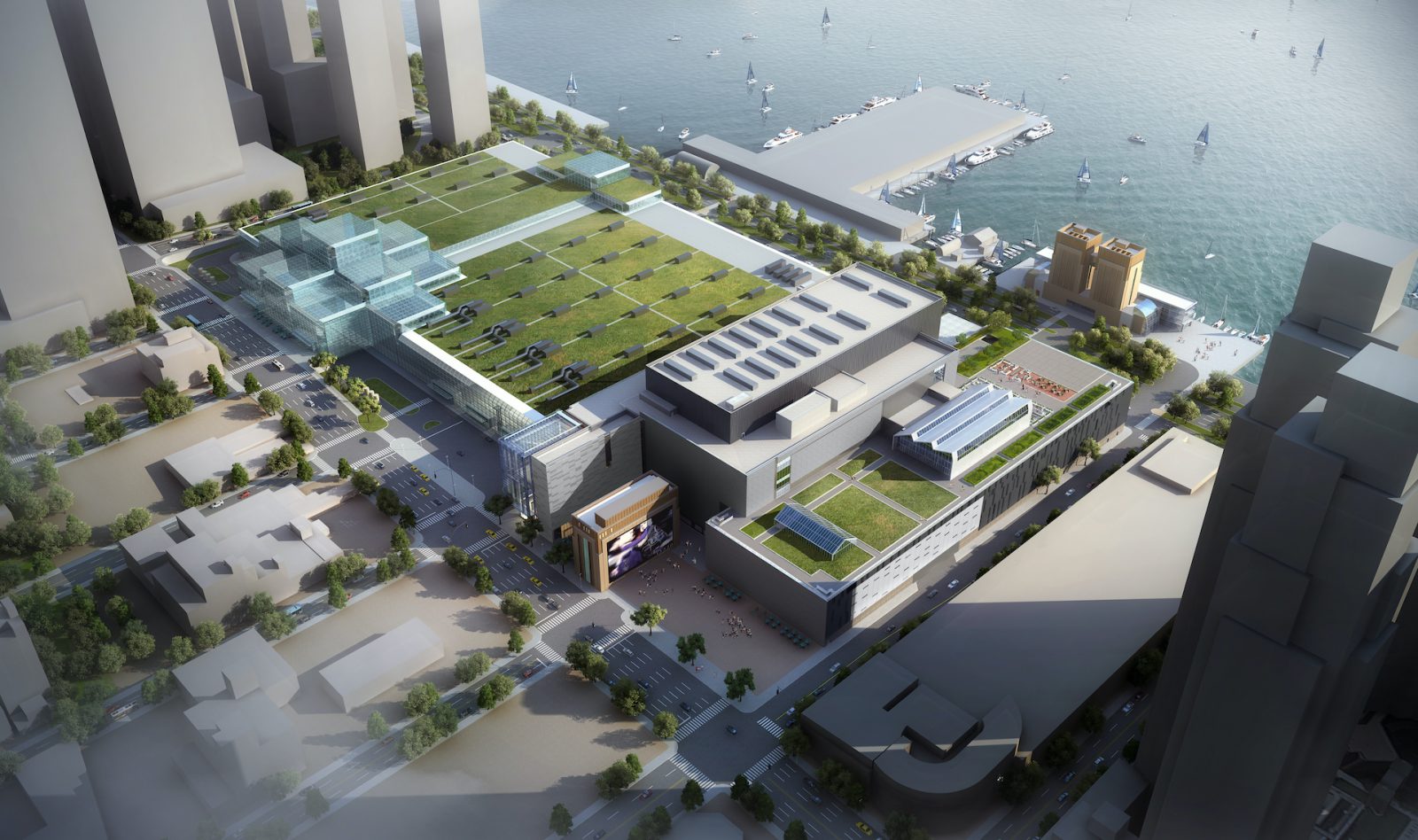 Progress is continuing on the 180-foot-tall northern wing of the Jacob K. Javits Center in Midtown West. Designed by TVSdesign and developed by Empire State Development Corporation, the $1.5 billion, 1.2-million-square-foot addition will raise the facility’s total span to 3.3 million square feet. Lendlease and Turner Construction Company are working together to assemble the Hudson Yards project while the developer is aiming for LEED certification. 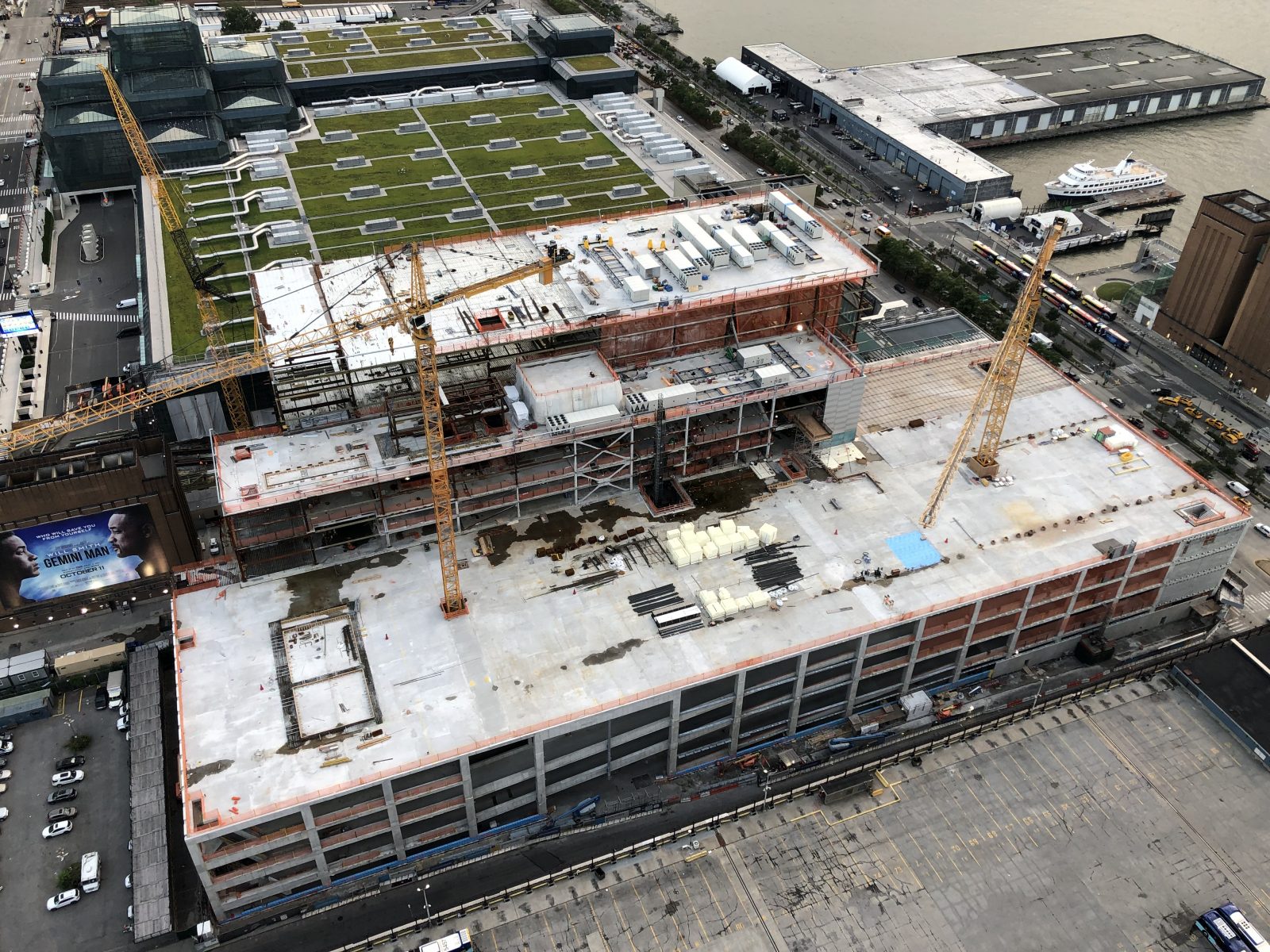 Work on the expansion of the Jacob K. Javits Center continues to progress in Hudson Yards. The massive expanse of steelwork is in place and offers a sense of the scale of the 1.2-million-square-foot addition. Tvsdesign is the designer and Empire State Development Corporation is the developer of the new northern wing, which is expected to cost $1.5 billion. Once completed, the project will bring the convention center’s combined square footage to 3.3 million and add an extra 22,000 square feet to the largest green roof in New York City. The construction and design build is being overseen by Lendlease in a joint venture with Turner Construction Company.

Construction on the new expansion of the Jacob K. Javits Center is taking shape very quickly. Steel columns, beams, and large diagonal trusses can easily be seen rising above the original building from the street and from across the Hudson River, with multiple yellow construction cranes swinging and lifting the structural components into place.