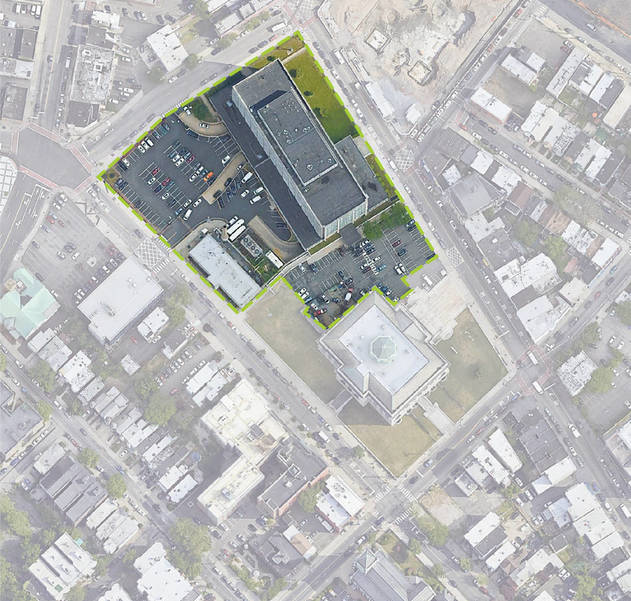 View of the Courthouse Park development site in Journal Square

The lot sits within the Hudson County Justice Complex along Newark Avenue. After years of negotiations between the Fulop administration and Hudson County officials, an agreement was struck to allow Jersey City to commission the design and build-out of Courthouse Park.

The goal of the project is to improve access to public open space in an area that has experienced a boom in private development. Transformation of the campus also includes the construction of the forthcoming Frank J. Guarini Justice Complex. Designed by Rafael Viñoly, the complex will house 24 courtrooms, a 75-seat dining hall, a library, and a 459-vehicle parking garage.

“This is a once-in-a-lifetime opportunity to implement new park infrastructure in one of the most densely populated cities in the country,” said Barkha Patel, director of Jersey City’s Department of Infrastructure. “Through a community-centered process, we will be prioritizing the needs of the residents who live directly adjacent to the area and have not had easy access to a park for decades, while also advancing a world-class design that is in alignment with our citywide goals of sustainability, resilience, transportation equity, innovation, and smart growth.”