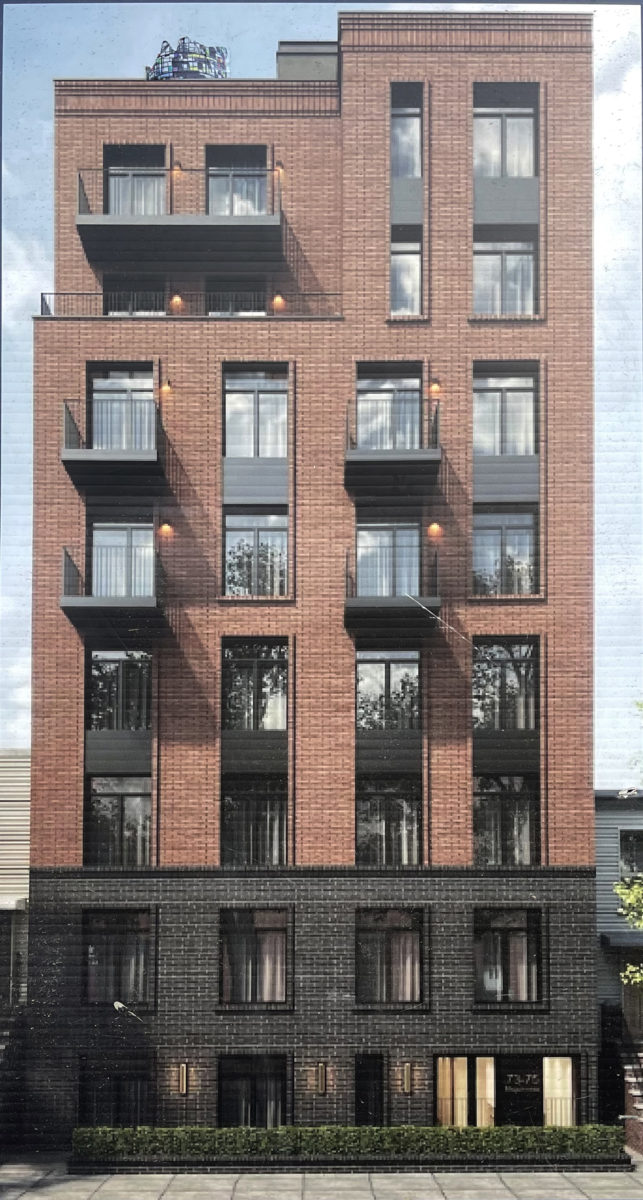 Construction has topped out on 73-75 McGuinness Boulevard, an eight-story residential building in Greenpoint, Brooklyn. The structure is designed by Avalon Designs and developed by David Grunfeld under the GW BLVD LLC, which purchased the property for just under $4.2 million at the end of 2021. Demolition permits were filed by Stroh Engineering Service in December 2021 and the former three-story occupant of the site was torn down last year. Blue Sky Builders is the general contractor for the project, which is located between Nassau and Norman Avenues.

Recent photos show exterior work progressing behind scaffolding and netting. Crews are in the process of installing the windows and prepping for the installation of the brick façade on the main eastern and rear western sides. The blank northern and southern elevations appear largely complete. 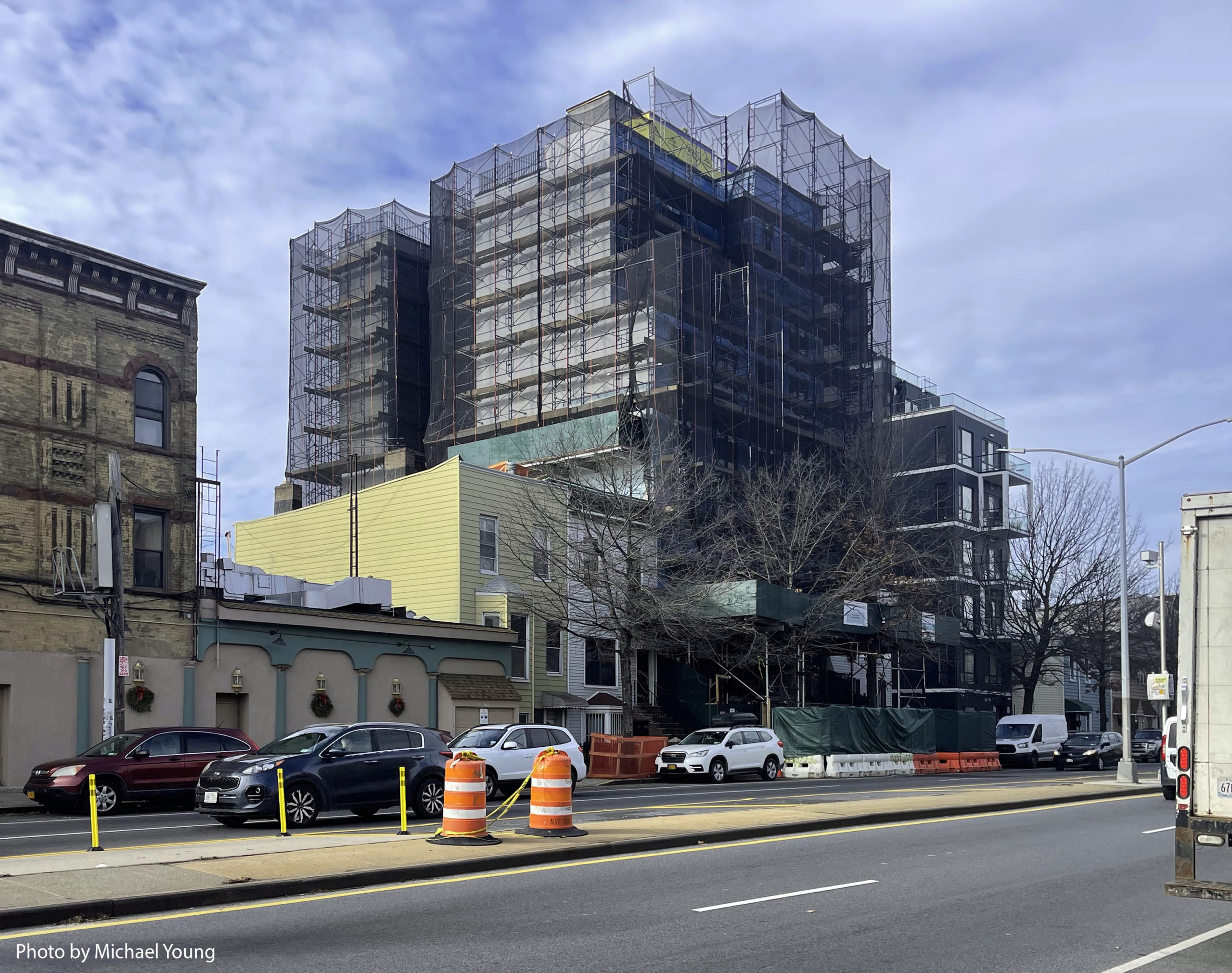 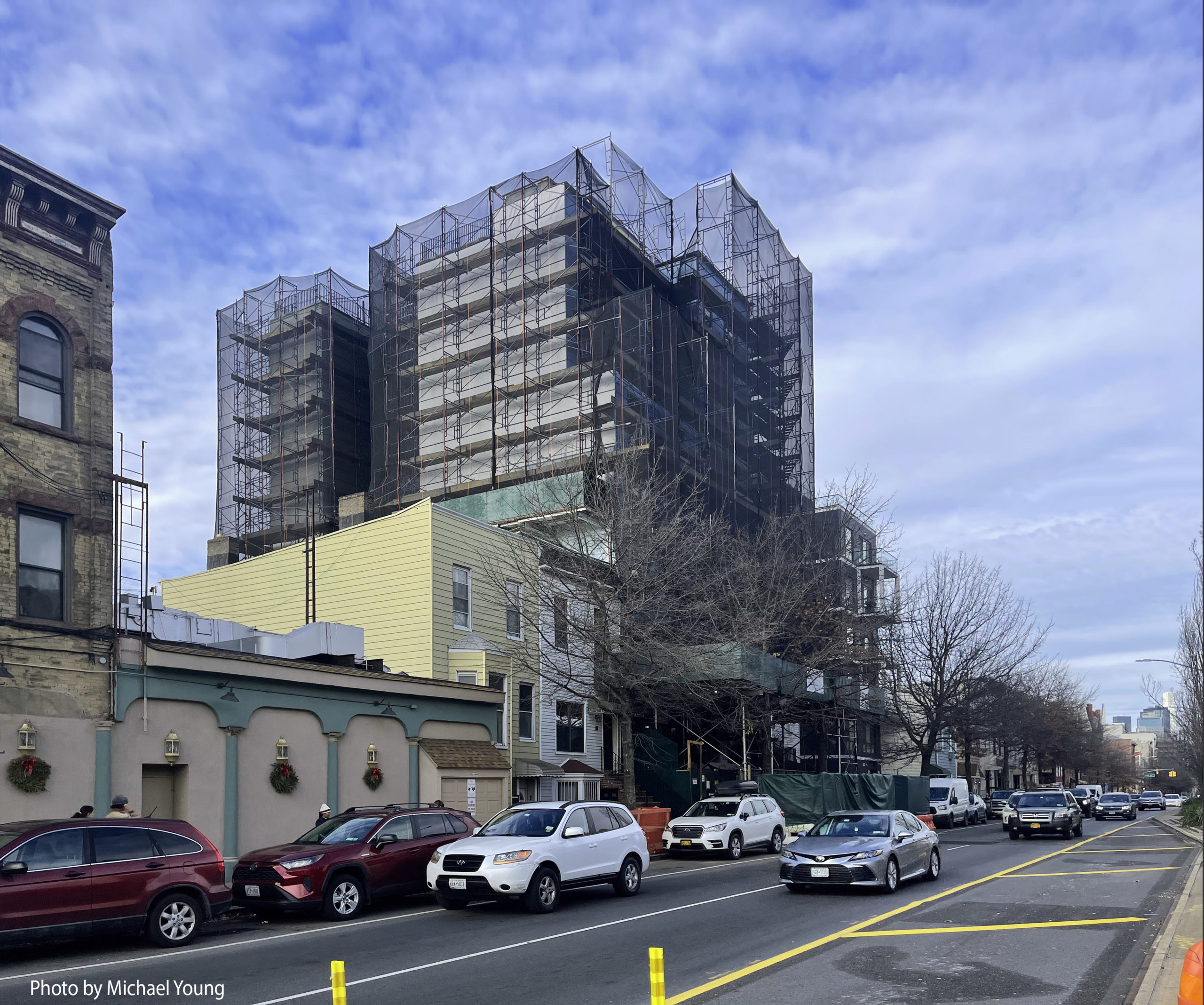 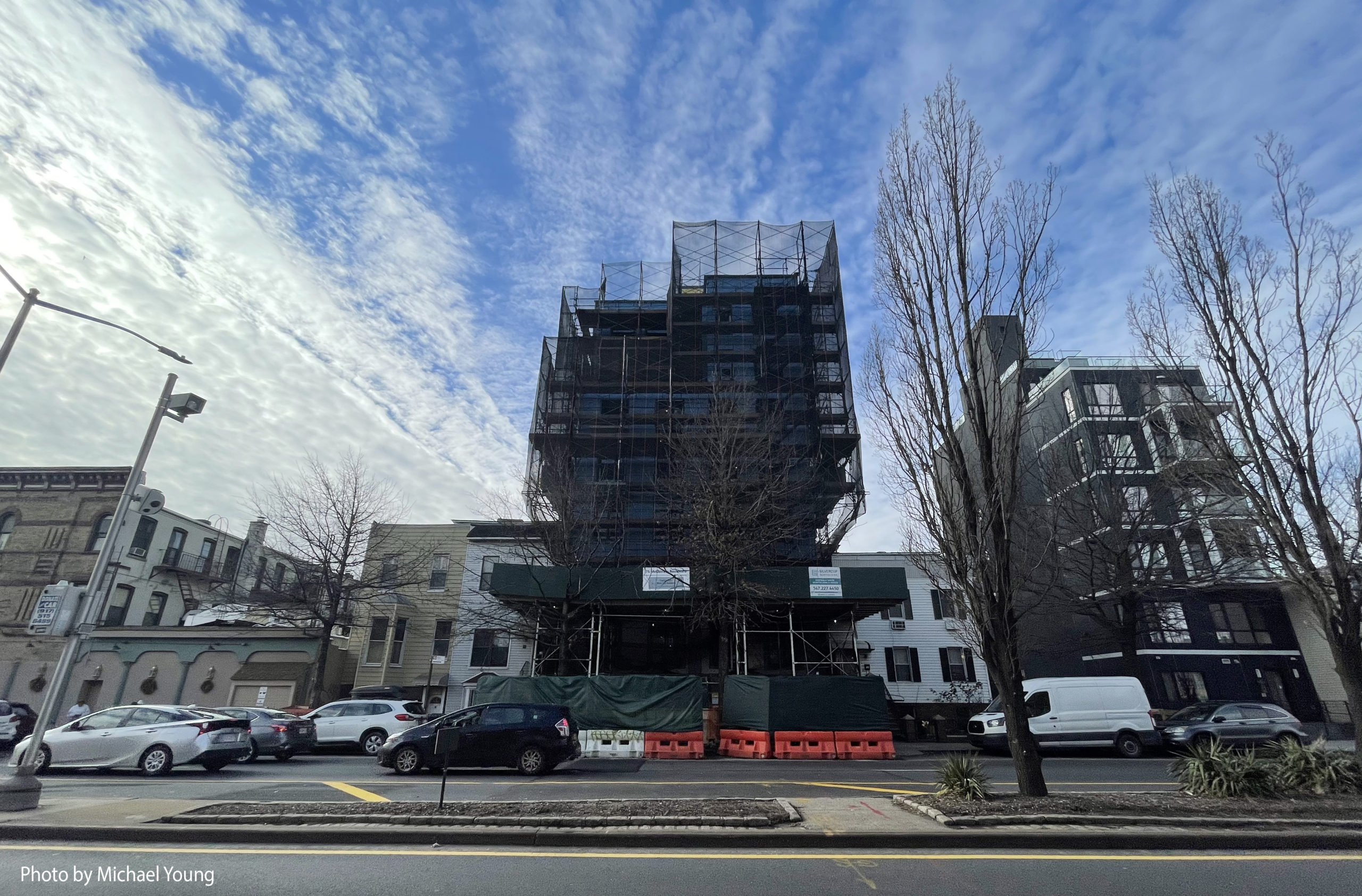 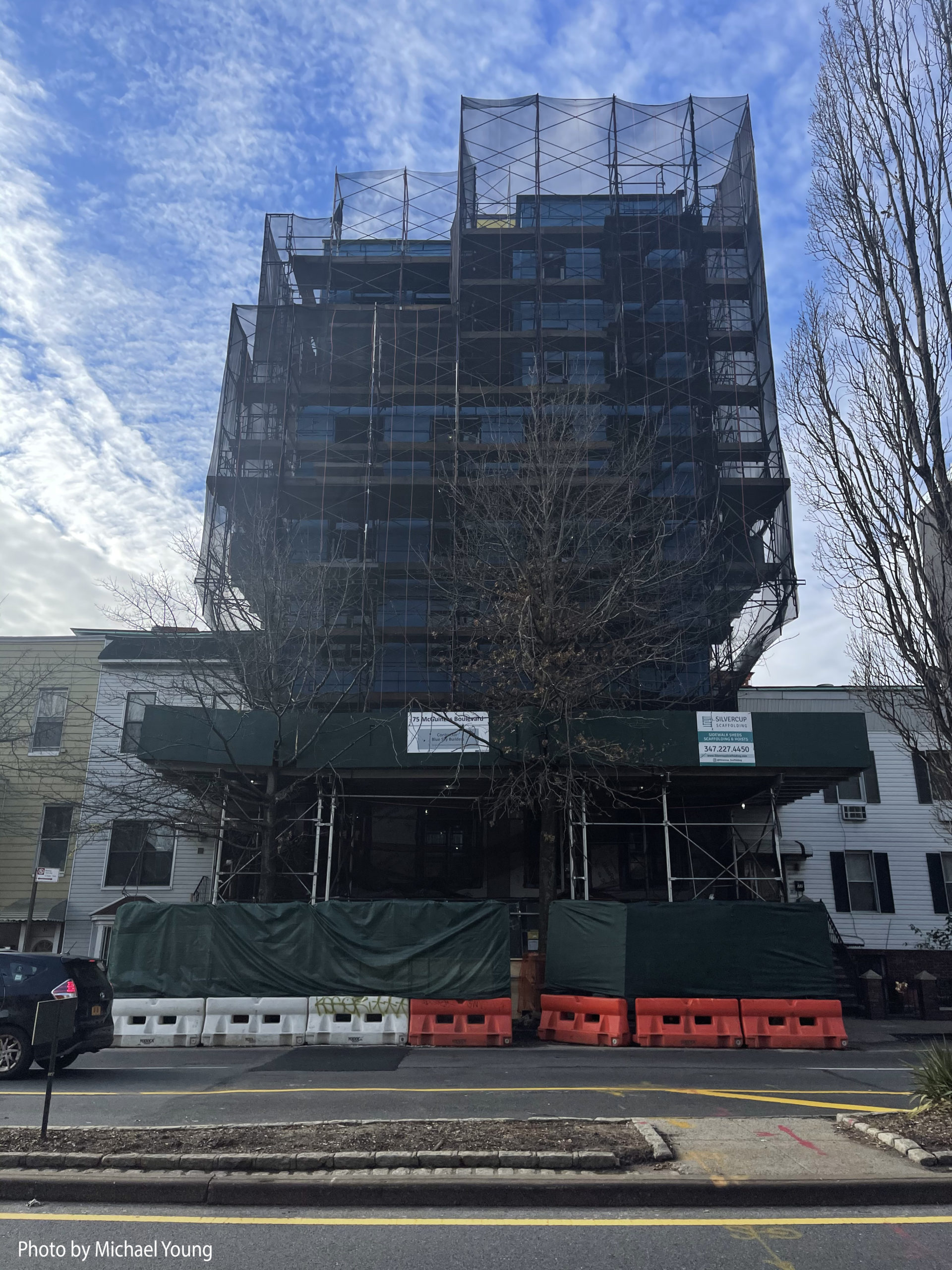 The main rendering shows 73-75 McGuinness Boulevard enclosed predominantly in red brick, with black-hued masonry on the first two levels. A window grid with two-story vertical groupings is surrounded by black paneling and mullions, and four balconies cantilever out from the lower part of main elevation. There is a setback on the southern corner of the seventh story that makes way for an outdoor terrace, and a large rectangular balcony sits on the eighth floor. A flat roof parapet caps the structure alongside a centralized mechanical bulkhead.

73-75 McGuinness Boulevard’s anticipated completion date is posted on site for this summer.

4 Comments on "Construction Continues on 73-75 McGuinness Boulevard in Greenpoint, Brooklyn "