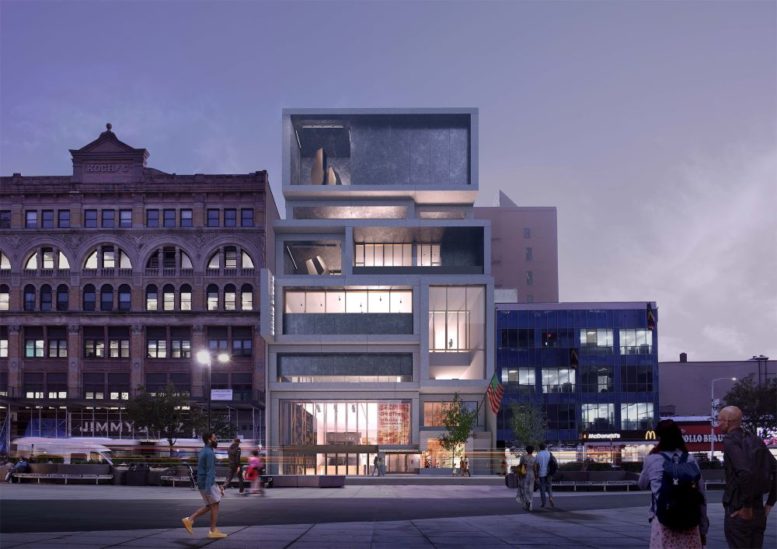 A new, six-story building at 144 West 125th Street was expected to debut as a permanent home for the Studio Museum of Harlem in Manhattan. Years after construction broke ground and topped out in Harlem, progress appears to have stalled since the latter half of 2022.

In 2015, the museum announced its partnership with celebrated architect David Adjaye to design an 82,000-square-foot facility with multiple lecture halls, expanded gallery and exhibition space for more than 2,000 objects, a roof deck, a café, and retail space.

The massing of the building resembles a series of stacked cubic volumes meant to represent the historic grand doorways and entrances seen in buildings throughout the surrounding area. Its facade will comprise a mix of solid and perforated grey slab, bronze window details, and a similarly hued ornamental cornice at the top of the building. 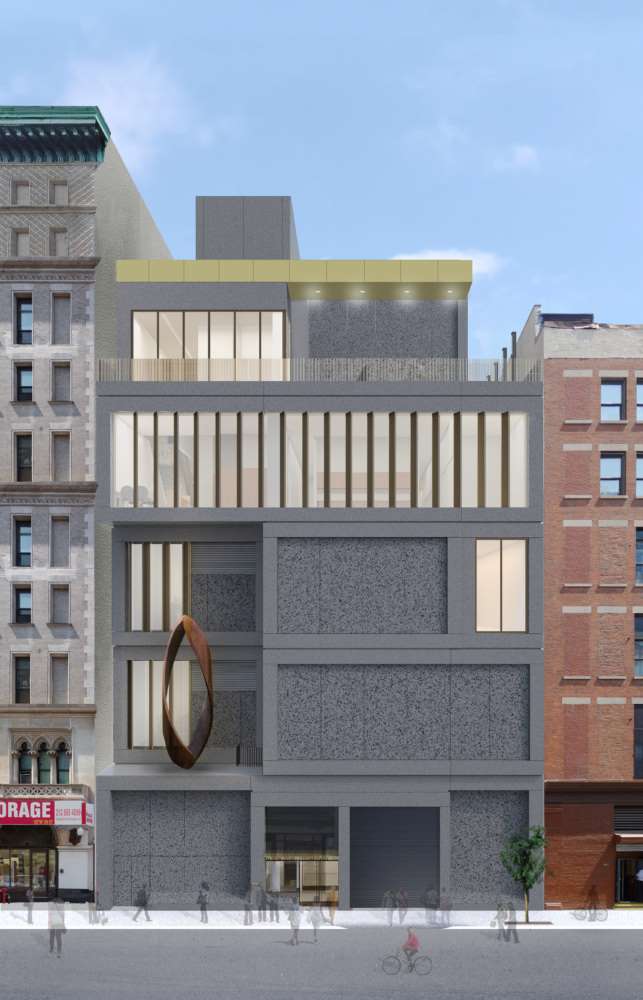 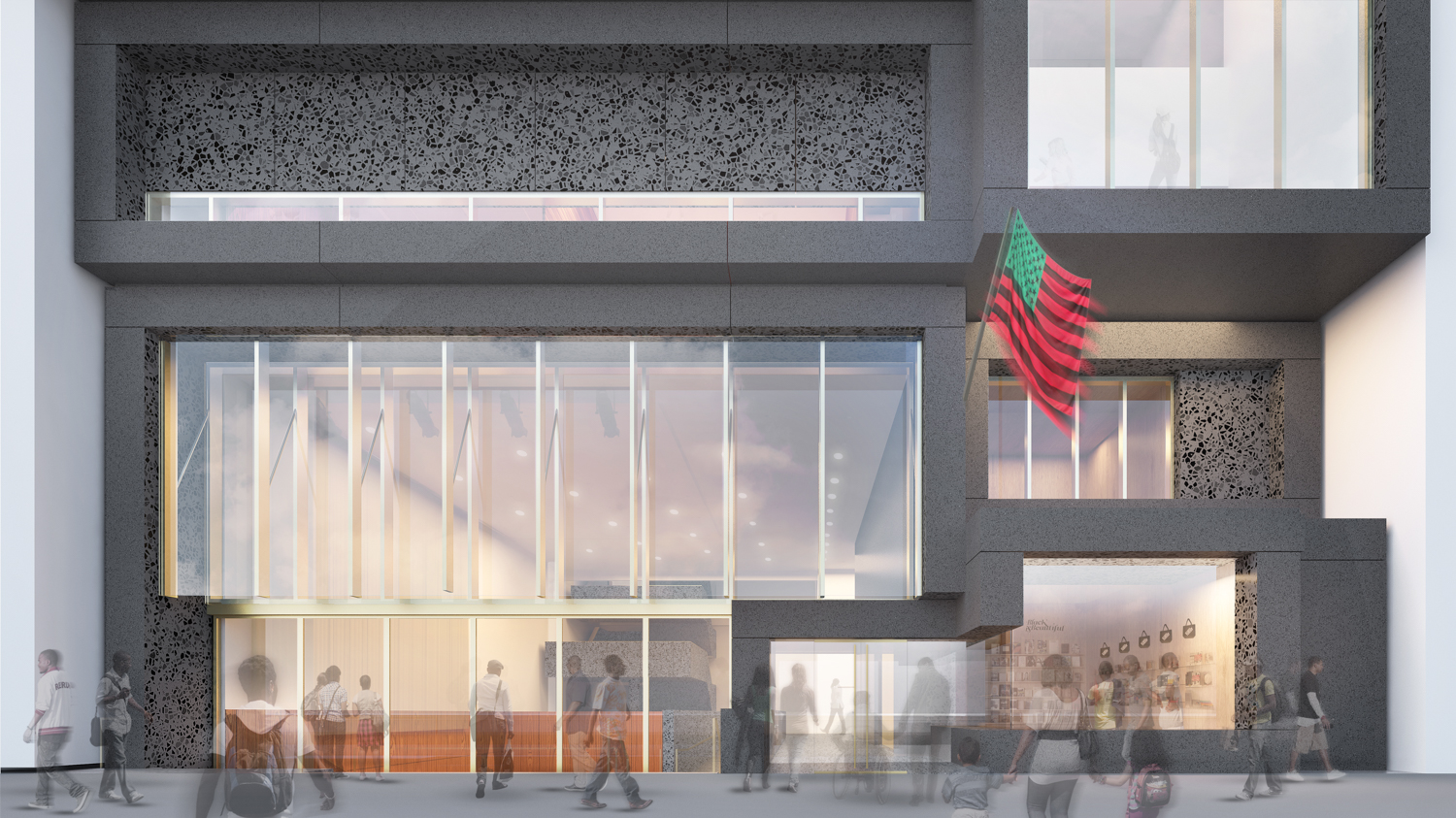 That same year, museum partners announced the acquisition of $175 million from public and private donors, a sum that would cover phase one of construction. Since 2022, construction appeared to have topped out, but remains without a facade, or any significant progress that would indicate construction is ongoing.

New construction signs at the development state the project will debut by winter 2022, but that date has now passed. The museum originally expected construction to wrap up by 2019, but pushed back that date to 2021. The project team has not announced a new anticipated date of completion.

5 Comments on "The Studio Museum of Harlem Plagued by Construction Delays at 144 West 125th Street in Harlem, Manhattan"