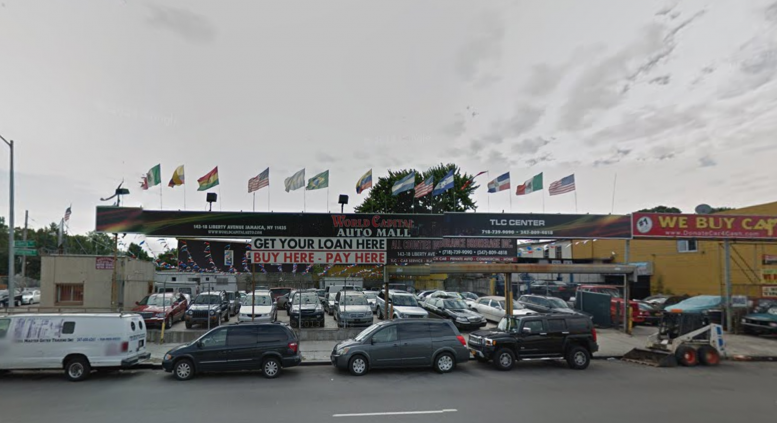 Jamaica’s development boom is moving south of the Long Island Rail Road yards and into the relatively forgotten area near the Van Wyck Expressway. Yesterday, YIMBY noticed plans for an unusual hotel-residential project at 143-18 Liberty Avenue, along an industrial and highway-like stretch of eastern Queens.

Developer Arvinder Singh has filed applications to erect a six-story, mixed-use building on the site of a car dealership, at the corner of Pinegrove Street. The project will have 76 hotel rooms on the first four floors, topped by 12 apartments. There will be 16,950 square feet of commercial space and 8,400 square feet of residential.

We expect this building will be a hotel with extended stay rooms, which are often classified as residential on DOB filings. The owners probably hope to draw tourists driving back from JFK on the Van Wyck, or travelers getting off the AirTrain at Jamaica station several blocks away.

The subterranean levels will host an exercise room, meeting rooms, lounge, and a breakfast area. Travelers will be able to park in a nine-space surface lot.

Manish Savani Architect, based on Hillside Avenue in Jamaica, applied for the permits.