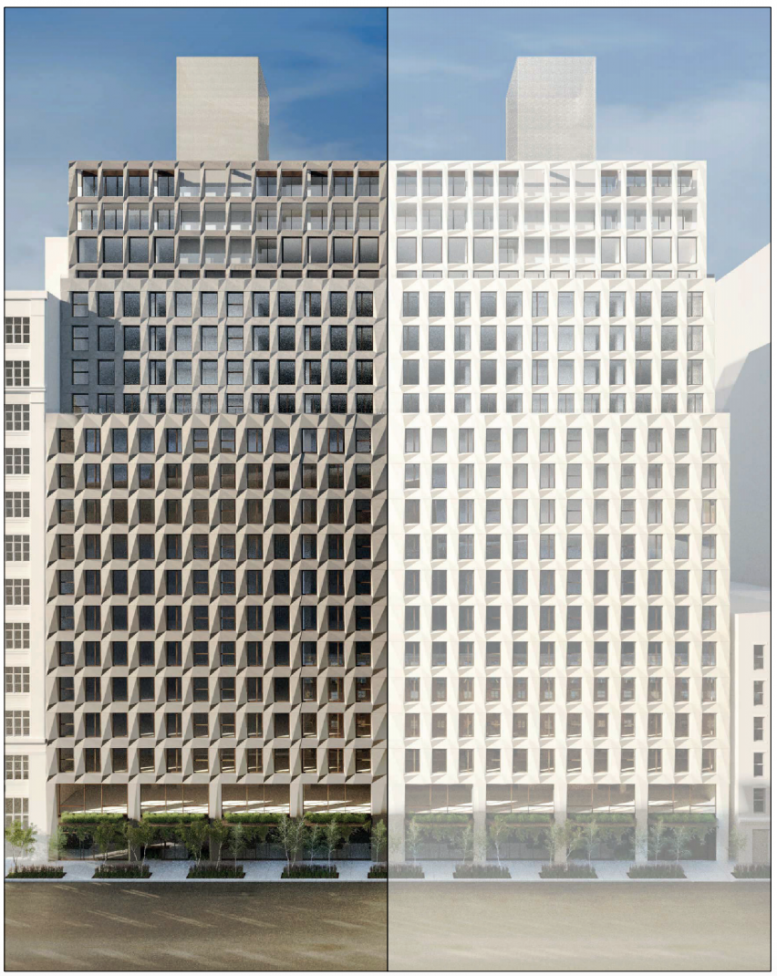 The project will span almost 300,000 square feet, and will rise in two separate buildings. The first will span 215-219 West 28th Street, while the second will rise at 221-229 West 28th Street. The biggest change between the previous reveal and the new design is the complete removal of two pre-war tenements, which had formerly been incorporated into the exterior. Besides that, the two towers have seemingly been equalized in terms of scope. The removal of the tenements looks to have allowed a simpler envelope for the development, and likely reduced the cost of the new buildings considerably, as the old plans also involved two separate cantilevers.

Changes to the form of the project have been fairly dramatic given the removal of the old structures from the plans, but besides that, the cladding looks to have remained fairly similar, and the project promises a contextual but contemporary addition to the streetscape. There will also be approximately 20,000 square feet of retail space between the two buildings, which will further invigorate the block. Previous design 215-229 West 28th Street, tenement to right of 215 West 28th has since been absorbed into plans

Plans call for 120 units in the rental portion of the development and DOB permits filed for the other part appear to show 122 condominiums. Given the ongoing evolution of the design, there may be additional changes to come.

Completion of the two buildings is anticipated by the end of 2019.