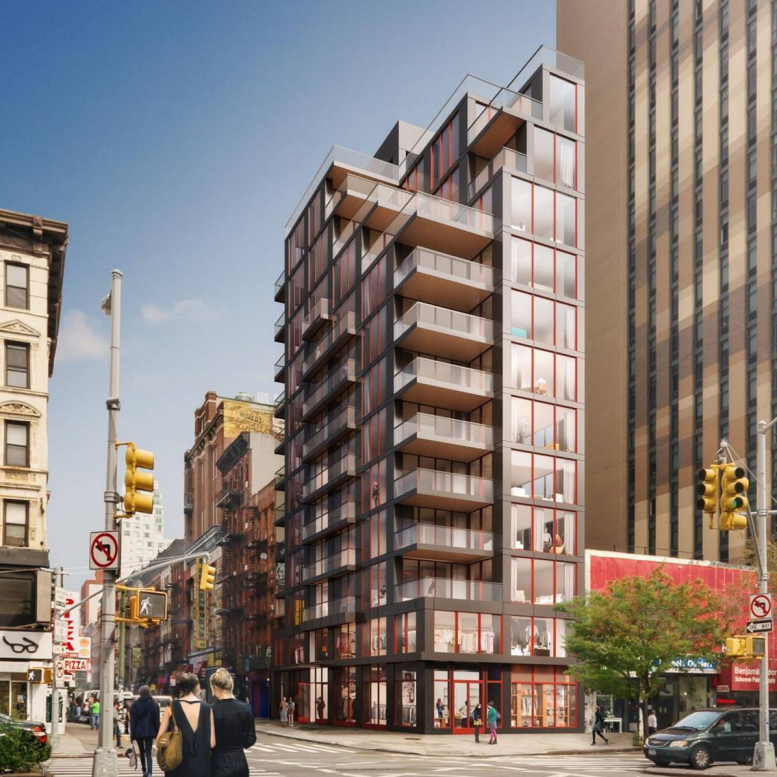 Demolition permits for the existing structure were pulled back in September, and work is now pushing forward in earnest. David Escava is developing.

The new building will have 23,668 square feet of residential space, split between 24 units, for an average size of slightly under 1,000 square feet. There will also be 5,769 square feet of commercial space at the base of the project, in keeping with the site’s Delancey Street surrounds.

SWA Architecture is behind the plans, and while the design is a rather ordinary contemporary structure, there are several perks, including full-frame windows that lack the detestable PTAC units that grace so many new rental developments in New York City. Balconies will also line the building’s eastern frontage, before receding above the 10th floor into a more narrow envelope for the two duplex penthouses.

Besides the PTAC-free exterior, the project is being built in an area where balconies are rather unusual and masonry predominates. But even with its relative break from the surrounding fabric, 86 Delancey is still a far more attractive addition than the neighboring 101 Ludlow Street, which offers a poorly-patterned and bleakly nearly-windowless take on architecture immediately next door.

Per the developer, 86 Delancey Street should be finished by the end of 2018.