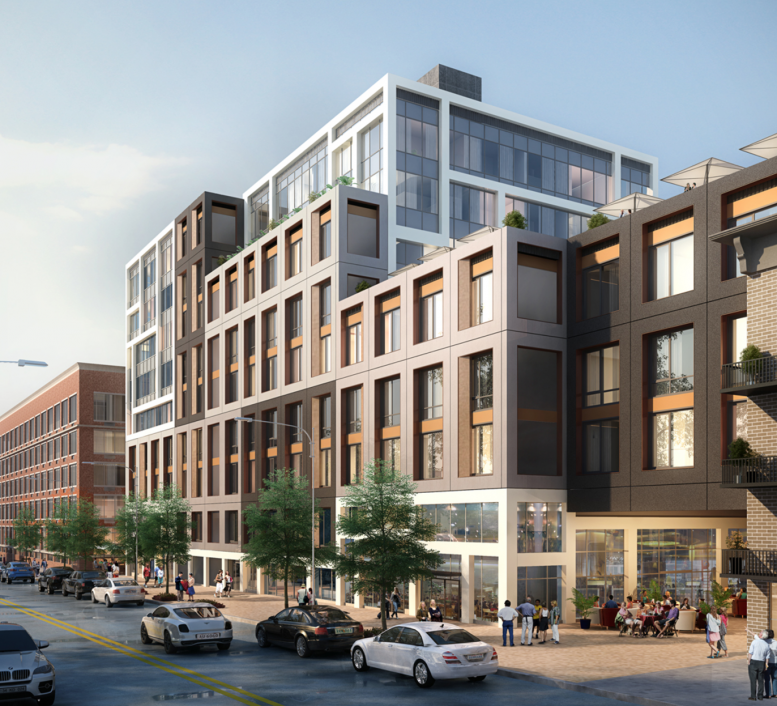 When it comes to massive residential projects in Queens, Long Island City has a fairly solid monopoly on the largest buildings. But as Astoria sees its own wave of new developments, it too is set to sprout an enormously scaled apartment project. The site, at 30-80 12th Street, will have 711 units and be designed by HAAK Architects.

The 711 apartments will break down between 565 market-rate and 146 affordable units, and the site is going to be developed in a configuration with two buildings, though complete images of the layouts are not yet available. Whether the market-rate portion includes any condominiums remains to be seen, but with renderings leaving PTACs out of the equation, they would seemingly not be impossible.

With gross area totaling 483,000 square feet, the average apartment will also be around 680 square feet in size, which contradicts the lack of PTACs and would most definitely portend rentals.

Otherwise, the project’s appearance is ordinarily contemporary. Astoria’s typical new developments are of a relatively modest size, so while the design is definitely a departure compared to the surrounds, the scope is what will substantially change the neighborhood dynamic. But with ample nearby transit and major infill also set to occur along the waterfront at Durst’s Hallet’s Point (also securing EB-5 funding), Astoria is primed to benefit as well, as 30-80 12th Street shows.

While the EB-5 materials provide a thorough background into the financing, the information on the neighborhood’s founding is shown alongside a collage of Titanic imagery associated with John Jacob Astor IV, whose great-grandfather the neighborhood is named after. Any connection is evidently refuted by a disclaimer that “The origin of the Asturian name is not known to the real story of the Titanic” (Mandarin to English translation), but nevertheless the collateral certainly makes an attempt at creativity.