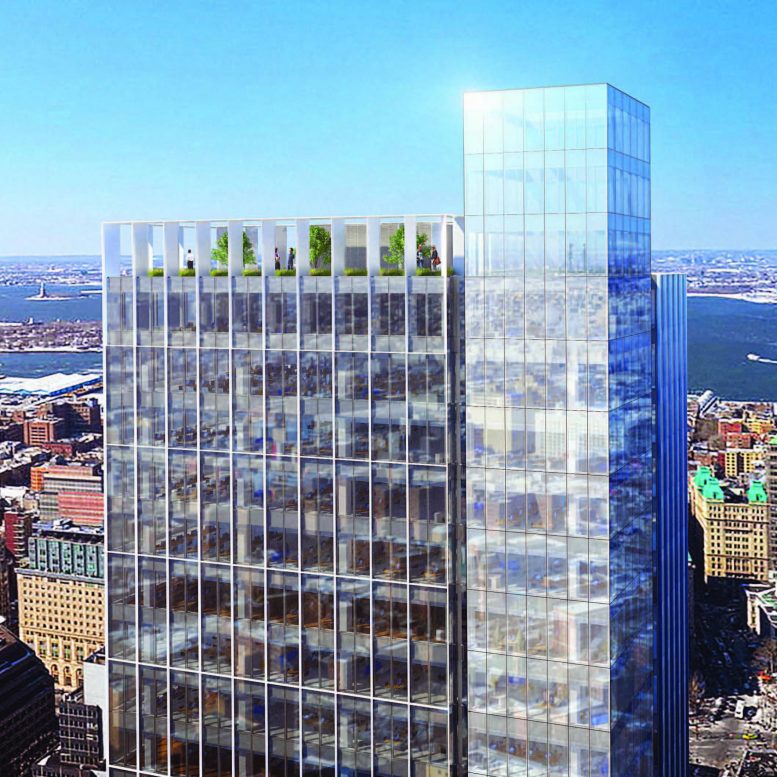 After several design iterations, it appears that work is finally set to begin on a new office tower at 420 Albee Square, in Downtown Brooklyn. What was originally expected to become the borough’s tallest residential tower saw a substantial downgrade in expectations when revised permits were filed in March of 2015, only for the shift to office to be announced in November of the same year. FXFowle is listed as the architect on the latest version, which will rise 36 floors and 495 feet to its rooftop.

Applications filed with the DOB show that the tower’s total construction area will measure 385,460 square feet. Within that, there will be six stories of community facility space for a school totaling 60,656 square, topped by the offices, which will measure 324,804 square feet. There will also be “data & electrical closest” alongside the primary uses.

The filings appear to match a rendering that YIMBY first featured back in June, though official images have yet to be released for the latest version of One Willoughby Square. The rendered program also shows a setback matching the one made obvious in the new Schedule A for the project, after the fifth floor. 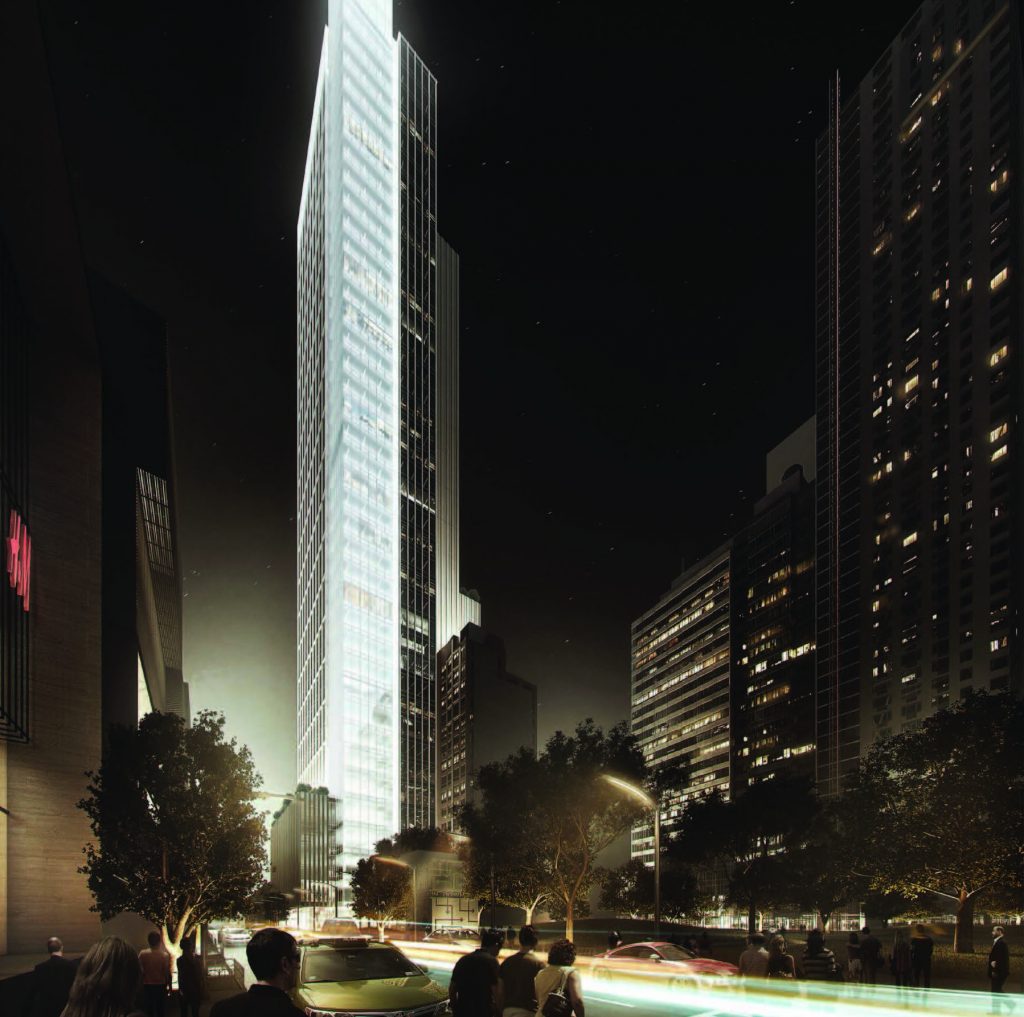 Whether the most recent rendering is up to date remains to be confirmed, but in any case, the 495-foot-tall tower will hardly be high-impact on the overall Brooklyn skyline, a statement that would not have been true only ten years ago. It will still be somewhat bulkier than most of the tallest residential skyscrapers, but imminent projects like JDS’ supertall at 9 DeKalb and Extell’s 697-foot CityPoint, which will rise right across the street, will be far taller.

In any case, One Willoughby Square will still be an overwhelmingly beneficial infill development. Completion is likely by 2020, and JEMB Realty is the site’s developer, alongside the New York City Economic Development Corporation. Per the EDC’s website, the project will create 1,100 permanent jobs and 1,000 construction jobs, while the school will have 300 seats.