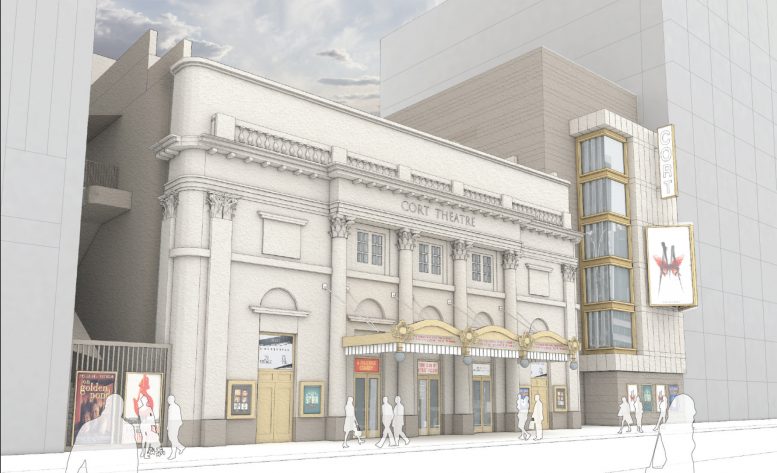 Today, YIMBY has a look at plans for the restoration and expansion of Cort Theater, at 138 West 48th Street, between Sixth and Seventh Avenues. The building is in the heart of the Times Square Theater District, and was designed by Thomas W. Lamb, first opening its doors back in 1912.

The proposal includes restoring the façade of the pre-war structure. Along with a new coat of paint near the color of the original design, the project would remove the current signage and refurbish the marquee to near-original specifications. 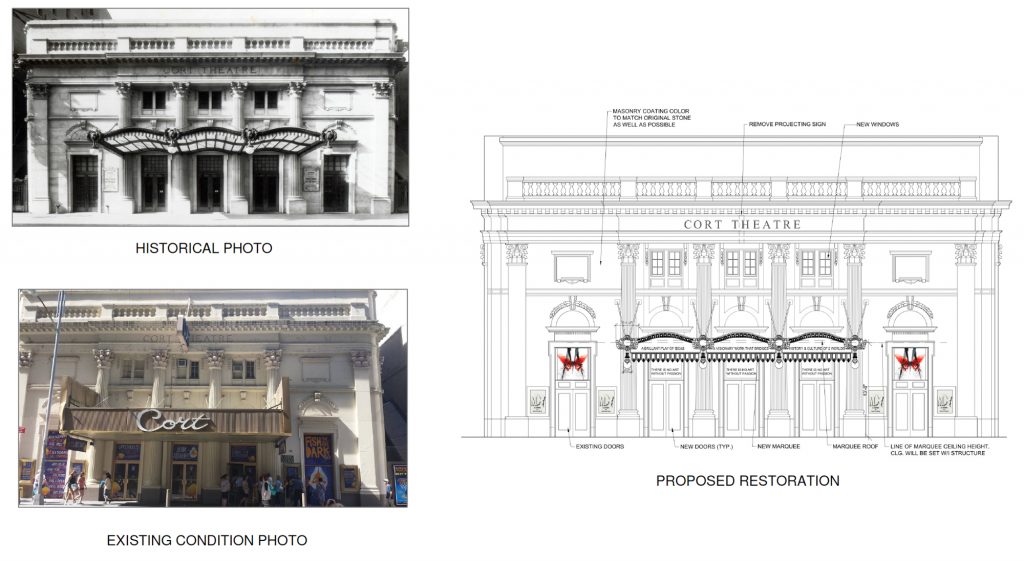 The new annex does not replicate any of the classical styles, and will have a more modernized touch. The windows are framed with powder-coated aluminum extrusion. The rest of the annex is composed of cream and brown terracotta paneling. 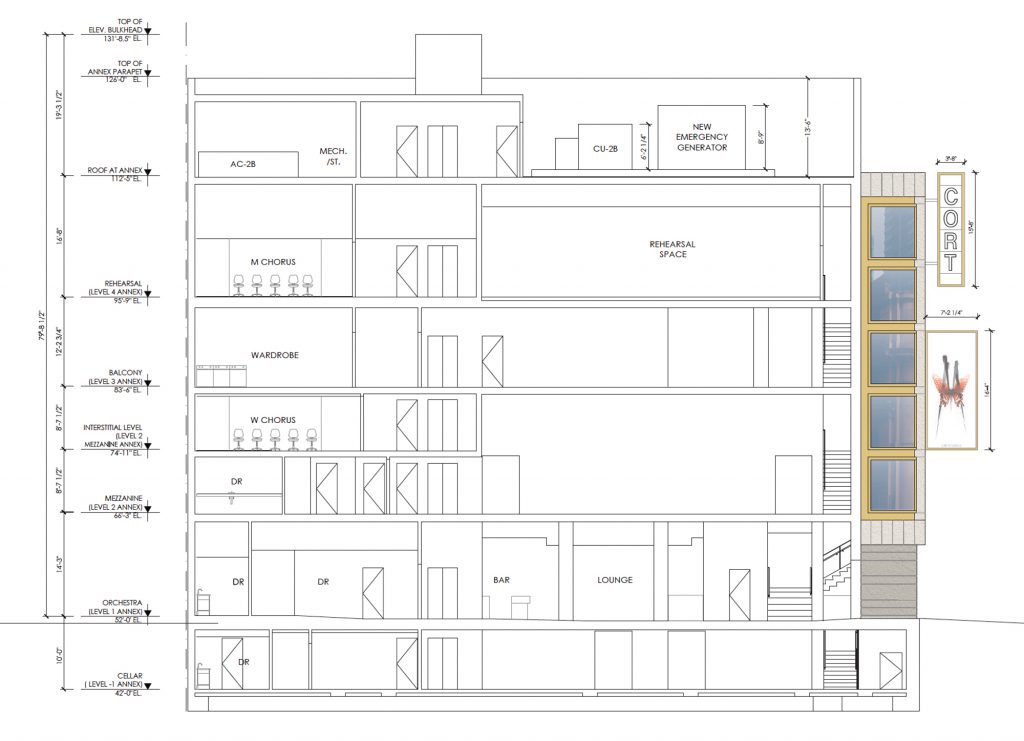 The expansion provides patrons with new lounge and bar space on the first, second, and third floors. The actors will get new rehearsal space, a wardrobe room, and there will also be two new changing rooms for the chorus members. 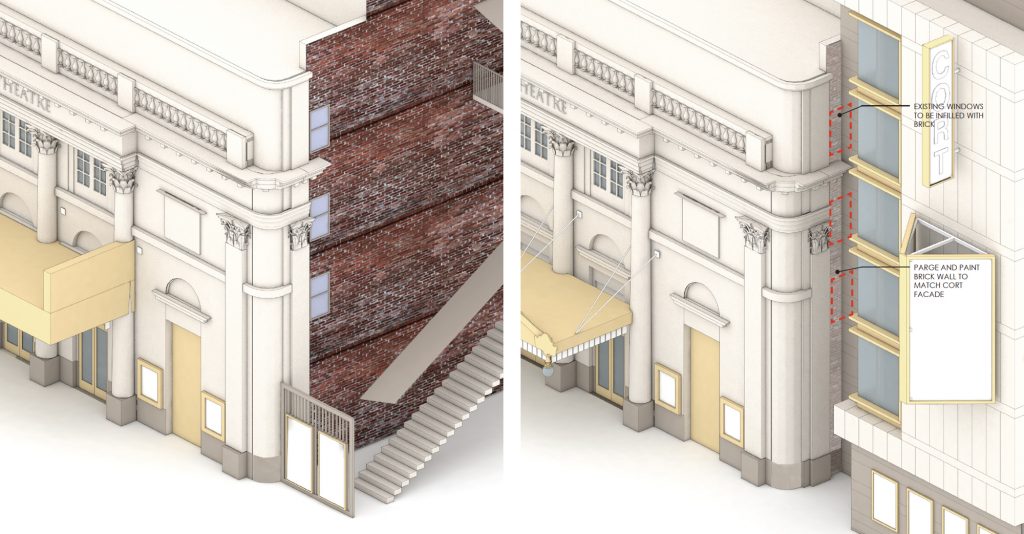 Kostow Greenwood Architects will be responsible for the design of the annex, while Francesca Russo Architect will be helming the restoration of the original theater.

Demolition permits were filed for the neighboring garage in October of 2016, the site of Cort Theater’s expansion. The proposal will go before the Landmarks Preservation Commission later today.