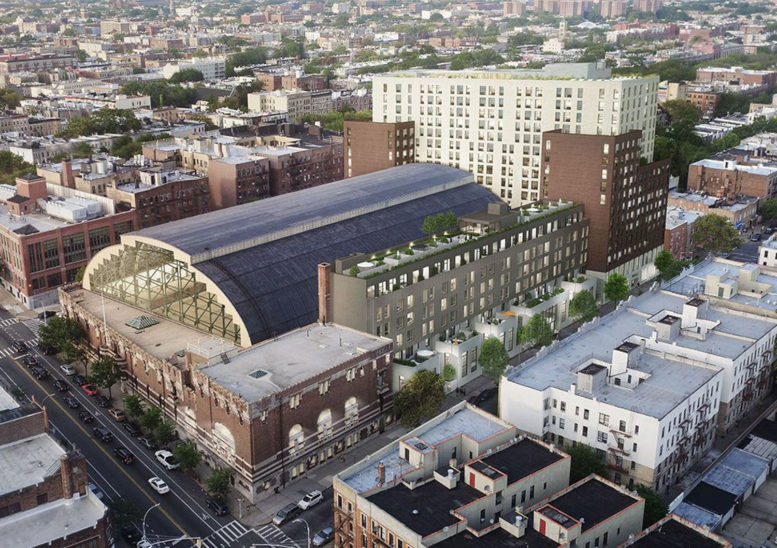 Permits have been filed for a 15-story residential building at 1579 Bedford Avenue, also known as the Bedford Union Armory, in Crown Heights, Brooklyn. The site is three blocks away from the Franklin Avenue subway station, serviced by the 2, 3, 4 and 5 trains. Prospect Park is located just five blocks away. The development will create housing and a recreational center made affordable for community residents. Also included will be low-cost space for local non-profits, and a new medical facility for uninsured citizens of the city. The NYC Economic Development Corporation is behind the applications.

The 180-foot tall structure will yield 336,100 square feet of residential use. 330 apartments will be produced, averaging 1018 square feet apiece, which will either be entirely or mostly rentals. 201 vehicle parking spaces will be created below ground, as well as 178 bicycle spaces.

The building will be endowed with a two-story residential lobby and basement recreational space. Looking at the rendering, the structure filed here is likely to become the white and brown design at the back of the armory. 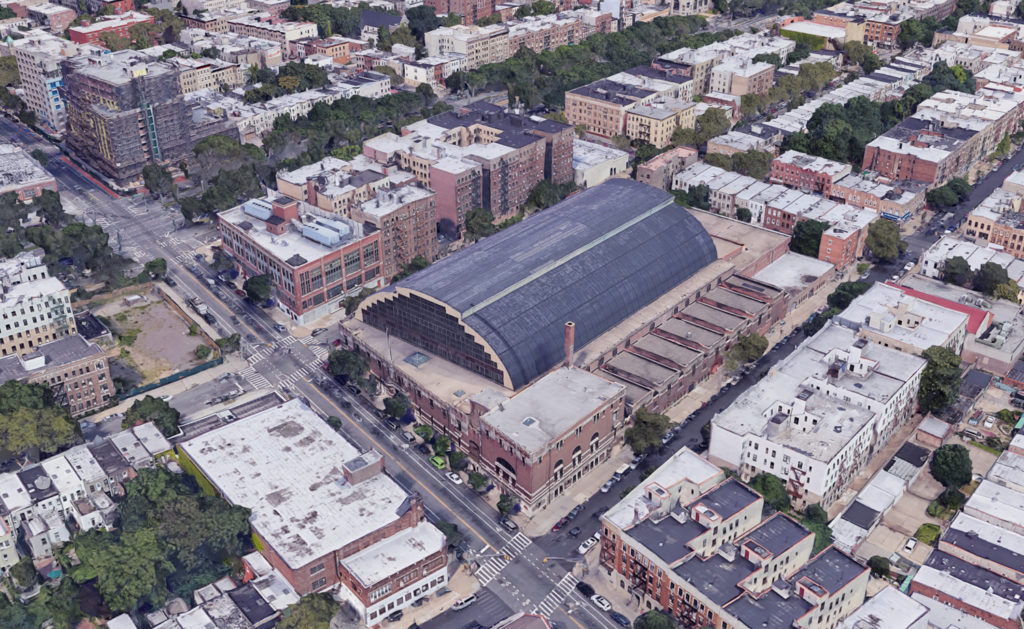 The project has been met with heavy NIMBY criticism, including arguments that it should be sold as entirely affordable, since the development is on city-owned land. BFC Partners, who had appeared to be the likely developers, announced in October 2017 a plan that included 330 rental units and 60 condominiums, of which 195 would be sold at affordable rates. Sources have confirmed to YIMBY that the most recent plans will bring 250 homes to the neighborhood for families earning less than $50,000 a year, which will include formerly homeless New Yorkers.

Marvel Architects is responsible for the design.

Partial demolition permits have not yet been filed. The estimated completion date has not been announced, but considering the complications inherent to the site, it may take as long as four to five years, barring delays.