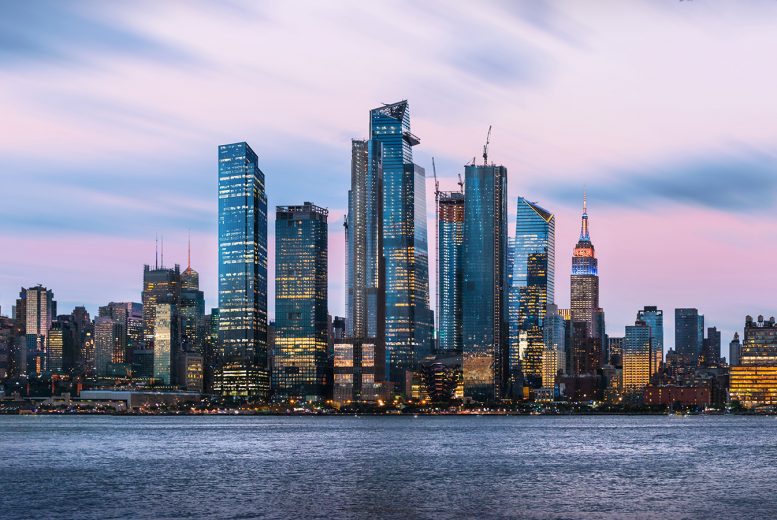 The site is located next to phase one of Hudson Yards and just across the street to the north of 55 Hudson Yards. The intersection of Eleventh Avenue and West 34th Street makes it a busy crossroads of tourists, commuters, and construction workers. Bella Abzug Park sits to the east of the property. 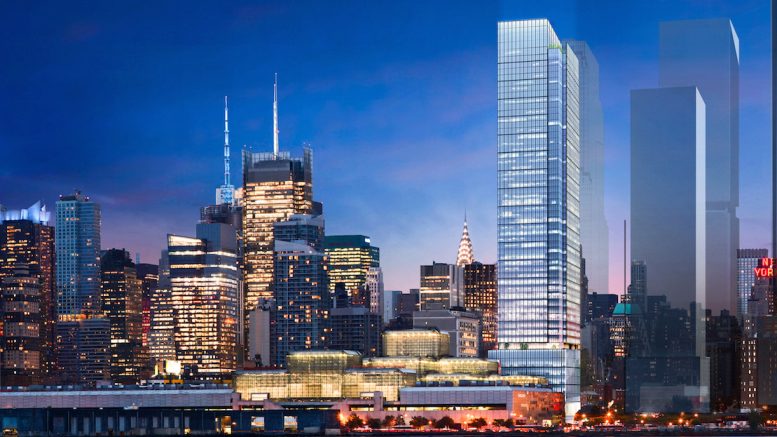 The rendering above shows the previous iteration, which was slated to rise 53 floors and 940 feet tall with nearly two million square feet of space. However, those numbers are predicted to increase modestly with the visual height bump. Work on the site is currently active and starting to make its way toward street level. The height and proportions for Three Hudson Boulevard make it a good match among the completed buildings in the first phase of Hudson Yards. The closest subway station is the 7 train between 50 Hudson Yards and 55 Hudson Yards.

Other accompanying works under construction that will develop the area into a more vibrant neighborhood include 50 Hudson Yards by Norman Foster of Foster + Partners, The Spiral by Bjarke Ingels Group, Tishman Speyer’s second office project at 99 Hudson Boulevard, and the expansion of the Jacob K. Javits Center. There is also the second phase of Hudson Yards, which will further solidify this new neighborhood as a prime center for offices, retail, dining, entertainment, and tourism.

A completion date for Three Hudson Boulevard is most likely sometime in 2021.