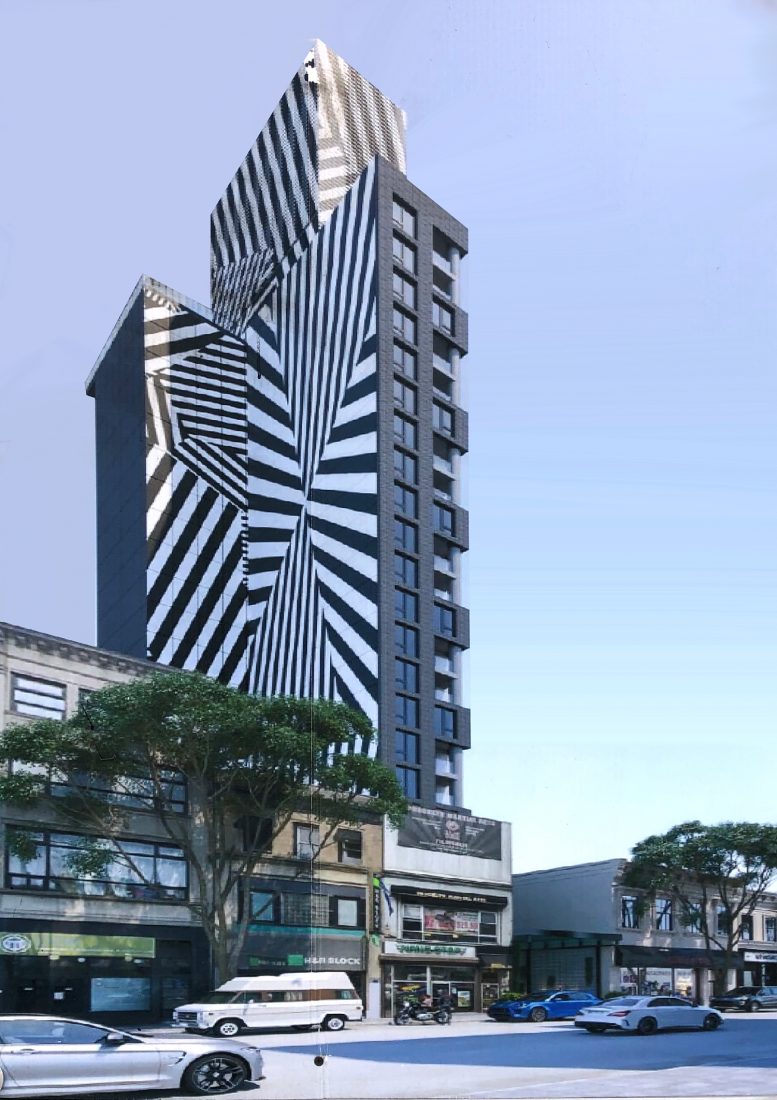 The 189-foot-tall, 22-story reinforced concrete edifice of 291 Livingston Street appears to have recently topped out. YIMBY last covered the Downtown Brooklyn building several years ago and reported that this will become a 100-key hotel. Hello Living is the owner of the lot after purchasing the site for $11.1 million, and is developing the project with Aview Equities. Gene Kaufman Architect is the architect of record.

Photos show the entire superstructure covered with black netting and scaffolding with the exterior hoist attached to the backside alongside Grove Place. We have yet to see what the actual curtain wall assembly will be made out of, but it looks like it will be a mix of black brick masonry between large square windows, with exposed rounded concrete corner columns and balconies on the slender southern elevation. A rendering on the construction fence depicts the western elevation of the structure adorned with a bold black-and-white striped pattern reminiscent of dazzle camouflage. 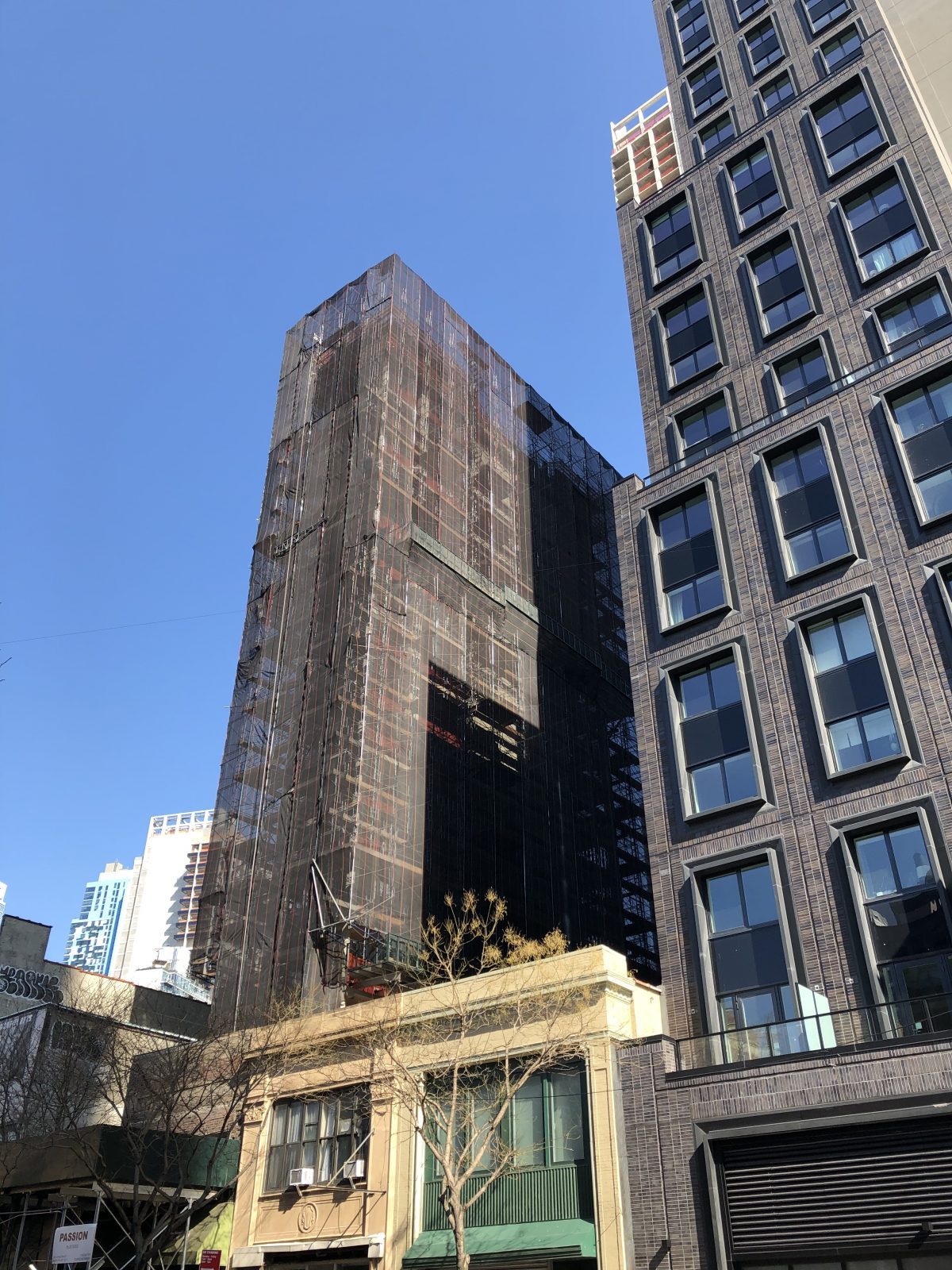 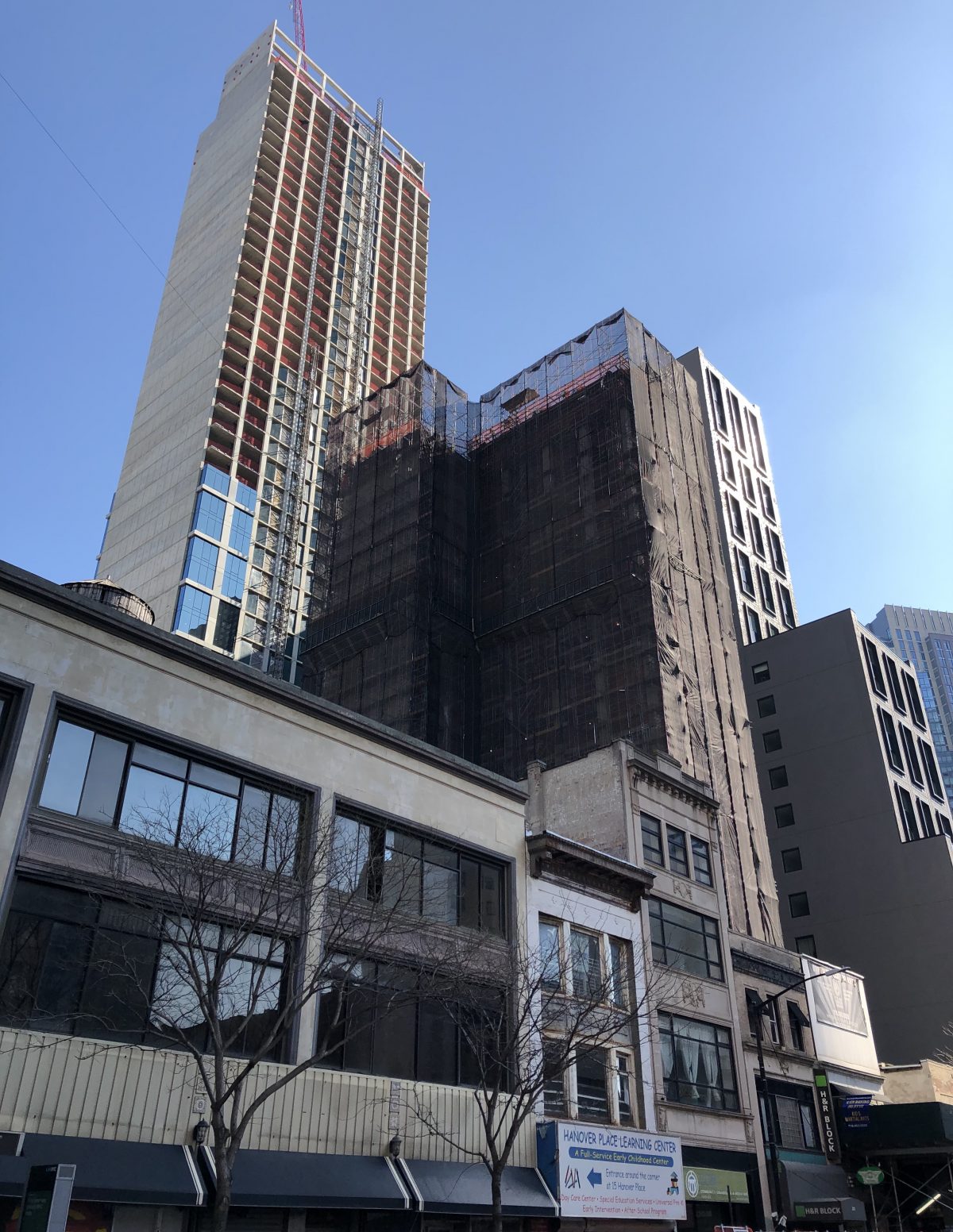 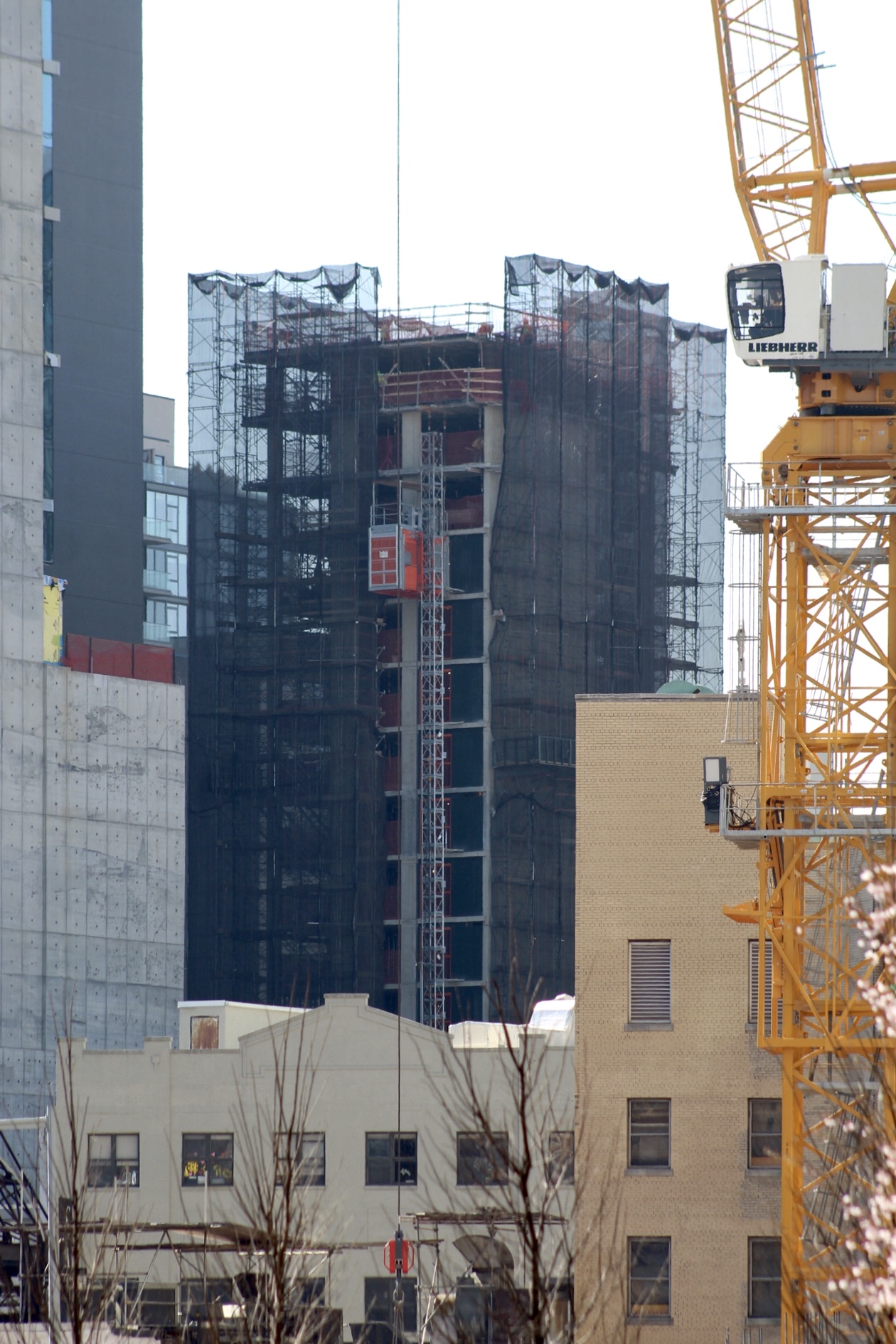 Last October, Brownstoner reported development plans that included a ground-floor beer garden and a revised total of 103 hotel rooms. The site is located between Hanover Place, Livingston Street, and the almost-hidden Grove Place alleyway. One block away is the Nevins Street subway stop, servicing the 2, 3, 4, and 5 trains, while the B, Q, and R trains are just to the north at the DeKalb Avenue stop underneath the City Point complex.

291 Livingston Street was supposed to be completed last spring, as noted on the construction fence, but a revised date has not been announced.

5 Comments on "291 Livingston Street Tops Out In Downtown Brooklyn"