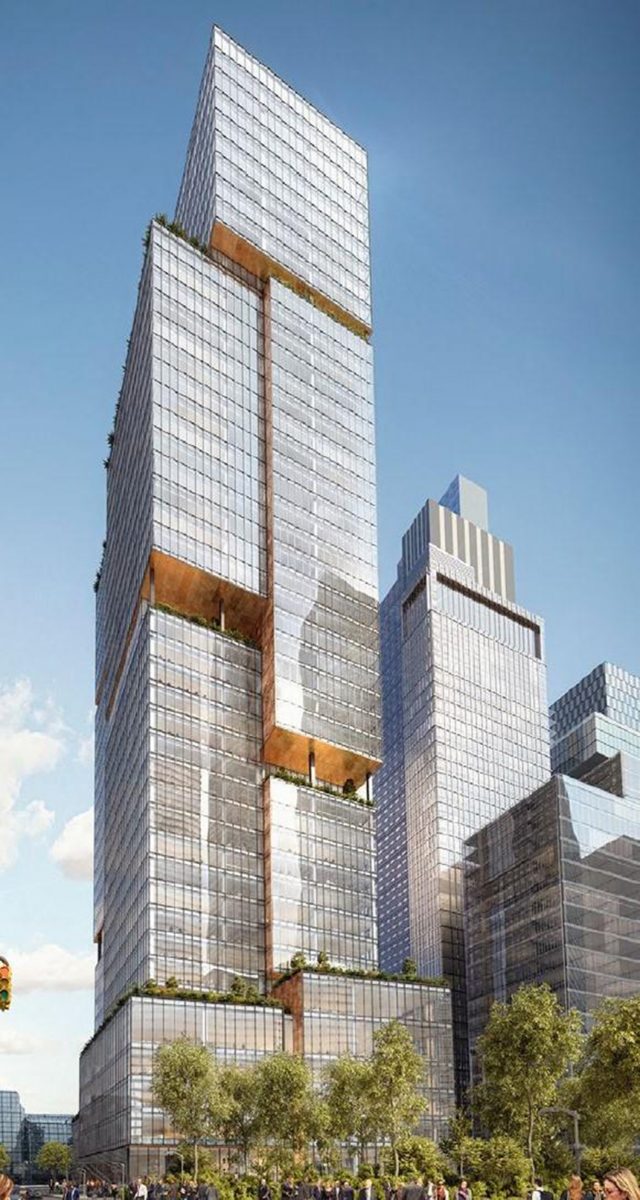 YIMBY visited the site of 99 Hudson Boulevard, a proposed 44-story office tower in Hudson Yards. Few details have been revealed for the 1.3-million-square-foot project since developer Tishman Speyer released renderings last April. Henning Larsen Architects is behind the design, which features a distinctive massing of stacked glass boxes separated by recessed and protruding terraces. The plan calls for floor plates ranging from 50,000 square feet in the base to 22,400 square feet in the main bulk of the edifice.

Recent photos show the state of the site, which is located directly to the east of the Jacob. K. Javits Center on the corner of West 36th Street and Eleventh Avenue. The plot sits overgrown, but appears to have seen some excavation work in the past, exposing the concrete walls holding up the roadway for West 36th Street. A closer look shows excavators on the opposite side of a channel that carries railroad tracks, where several two-story structures were demolished. It is unclear if that area is also part of the property for 99 Hudson Boulevard. 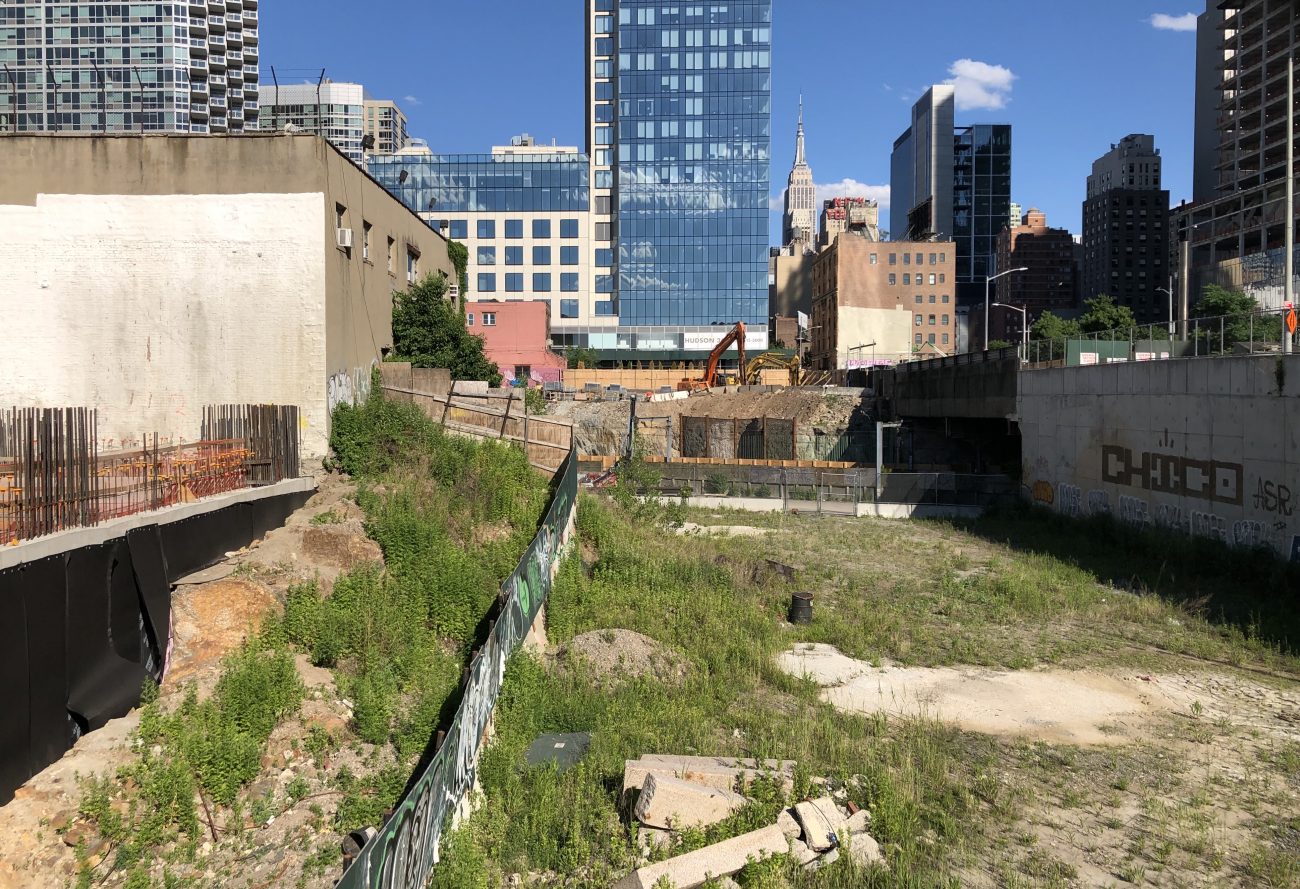 Directly adjacent to the north of the parcel is 450 Eleventh Avenue, an upcoming 487-foot-tall, 531-room hotel designed by DSM Design Group and developed by Marx Development Group. 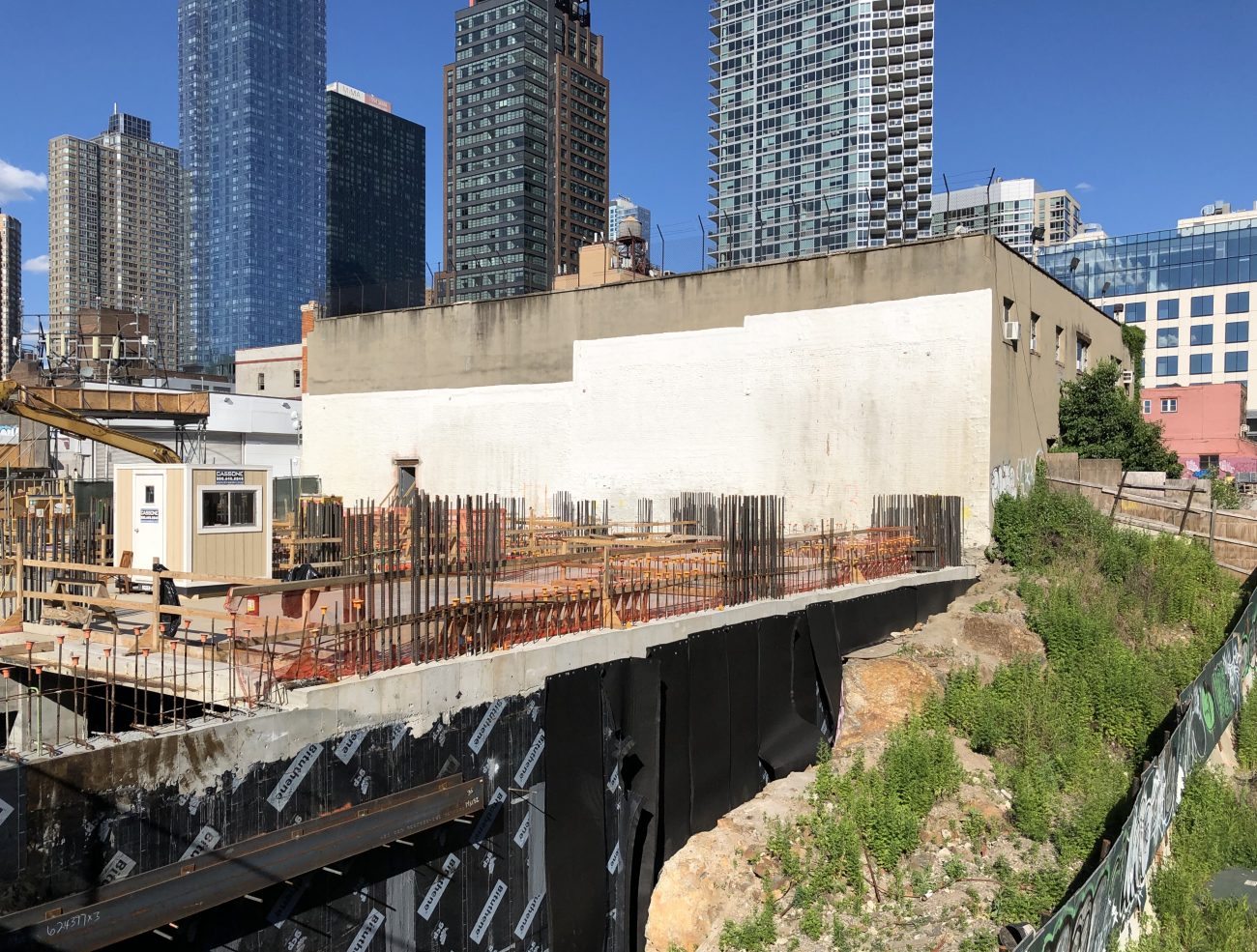 A start and completion date for 99 Hudson Boulevard has not been announced yet.