Recent photos show that a large amount of dirt has been removed from the southern end of the property since our last update back in mid-March. Excavators are making their way deeper below street level, exposing the eastern and western perimeter foundation walls of the abutting neighbors. 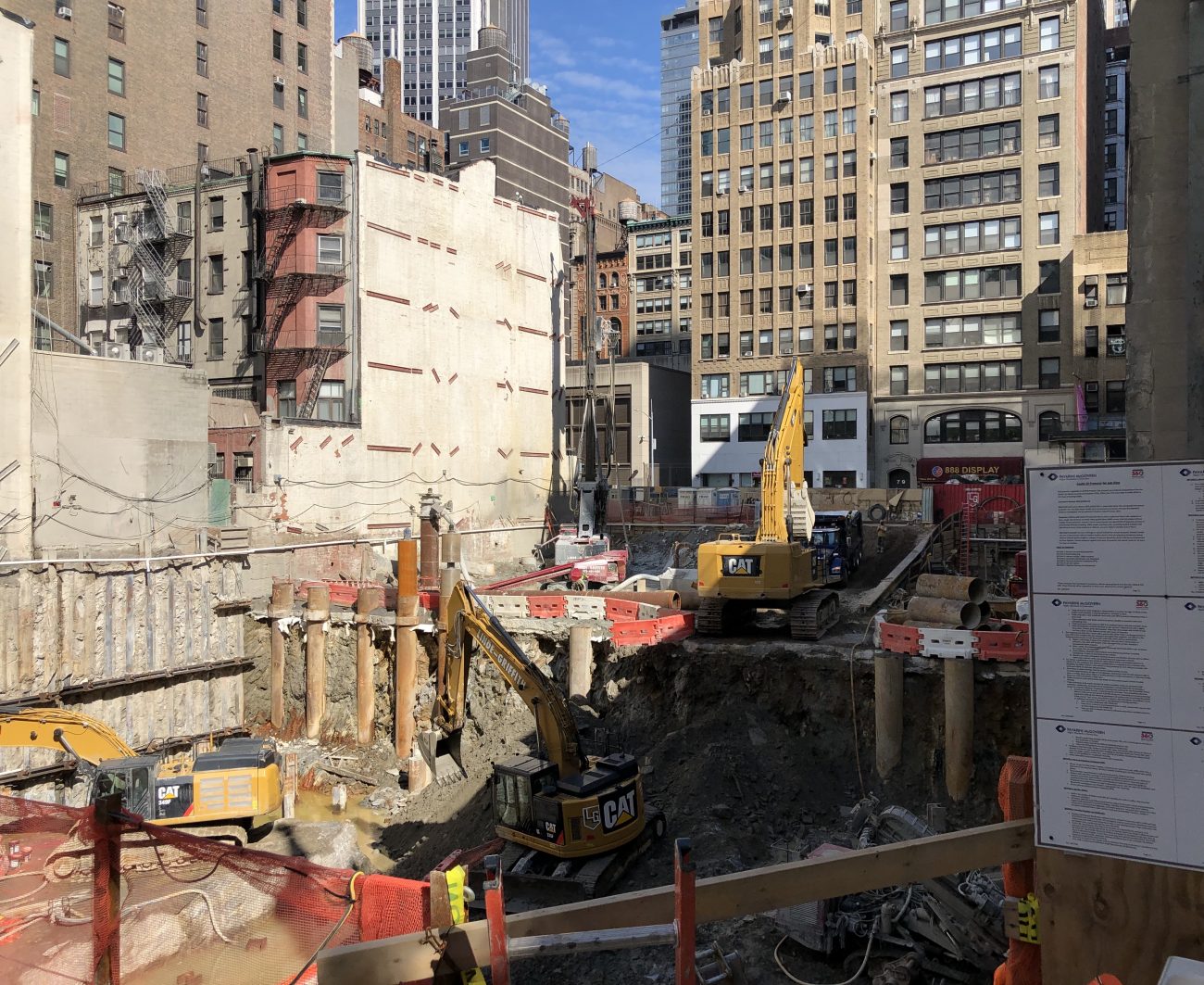 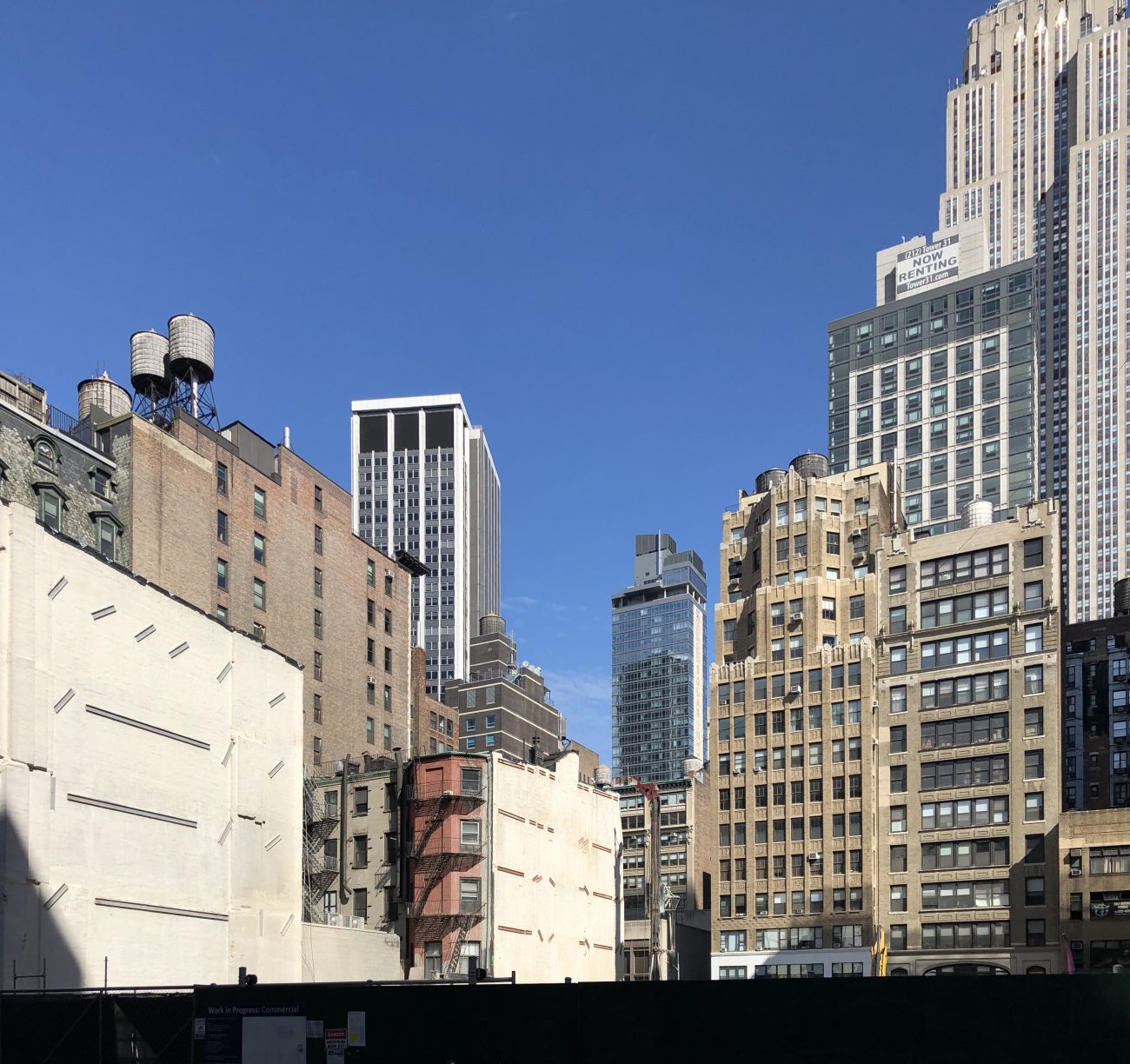 The property is aligned almost directly with the centerline of the Empire State Building, though their disparity in height should leave views of the landmark from vantage points in Lower Manhattan mostly undisturbed. 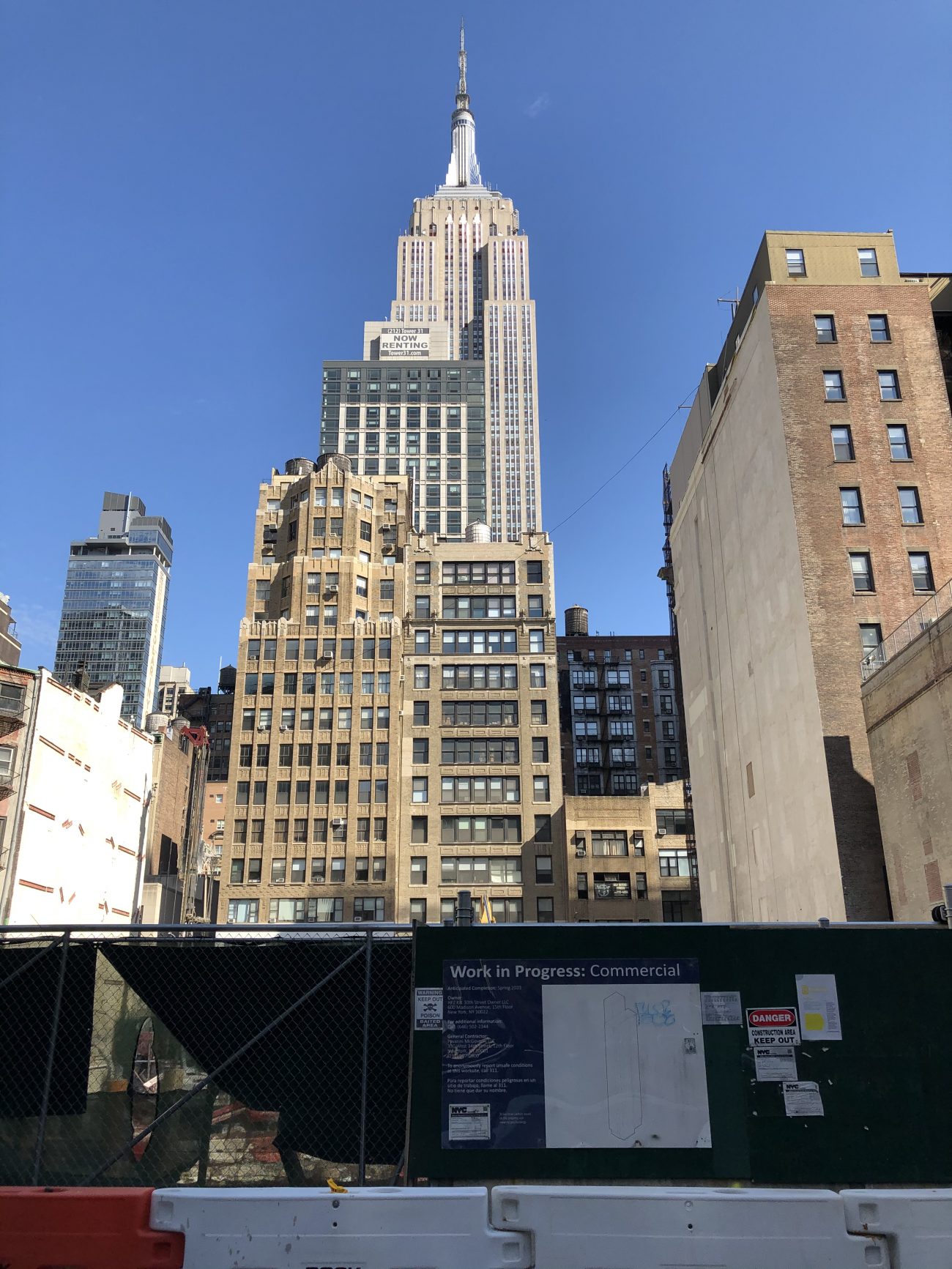 Looking up at the Empire State Building from the site of 3 West 29th Street. Photo by Michael Young

Not much is known about the insides of the structure, but it will undoubtedly offer tenants panoramic views of Lower Manhattan and the NoMad neighborhood, as well as the Empire State Building three blocks to the north. The relatively isolated positioning of the project will give it full sun exposure virtually all year round.

YIMBY last reported that 3 West 29th Street is expected to be completed in the spring of 2023.