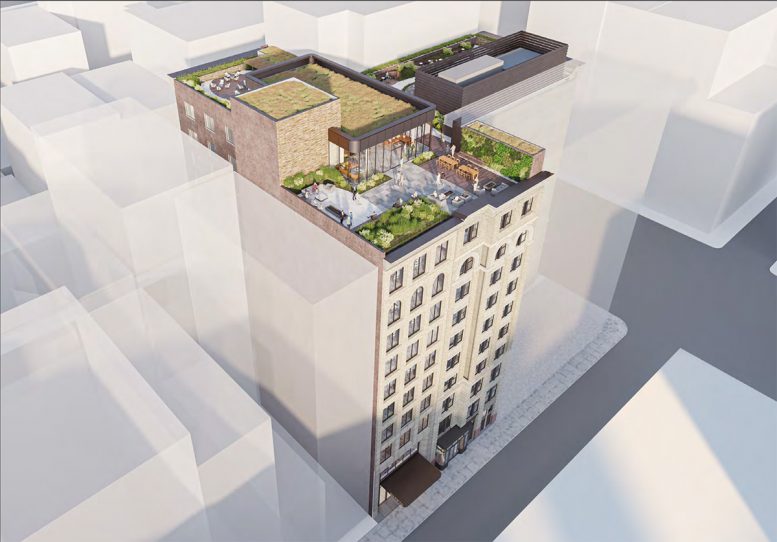 The Landmarks Preservation Commission (LPC) is reviewing updated proposals to renovate and expand a ten-story commercial building at 122 Fifth Avenue near Union Square, Manhattan. Renderings from Studios Architecture reveal a new rooftop pavilion and extensive updates to the building’s facade at each elevation along Fifth Avenue, 17th Street, and 18th Street.

Located in the Ladies Mile Historic District, the T-shaped building was originally completed in 1899 by architect Robert Maynicke and real estate developer Henry Corn. Because of the area’s historic designation, Bromley Companies, the real estate investment firm behind the applications, will need a certificate of appropriateness from the LPC. 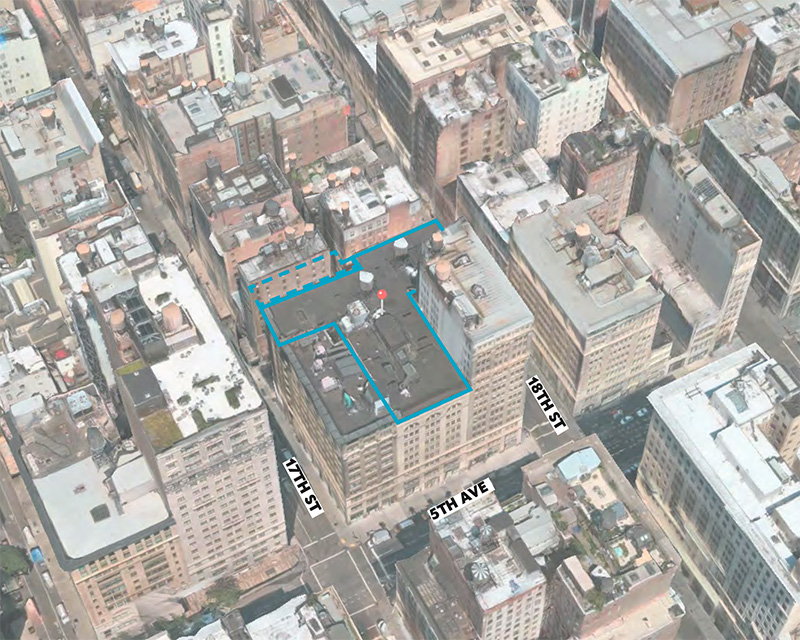 Alterations to the façade include new masonry throughout to match historic conditions, a new dark bronze marquee with signage, new glass entry doors and steel frames for the commercial lobby and retail storefronts, new metal cornices, and restored arched windows at the upper floors. 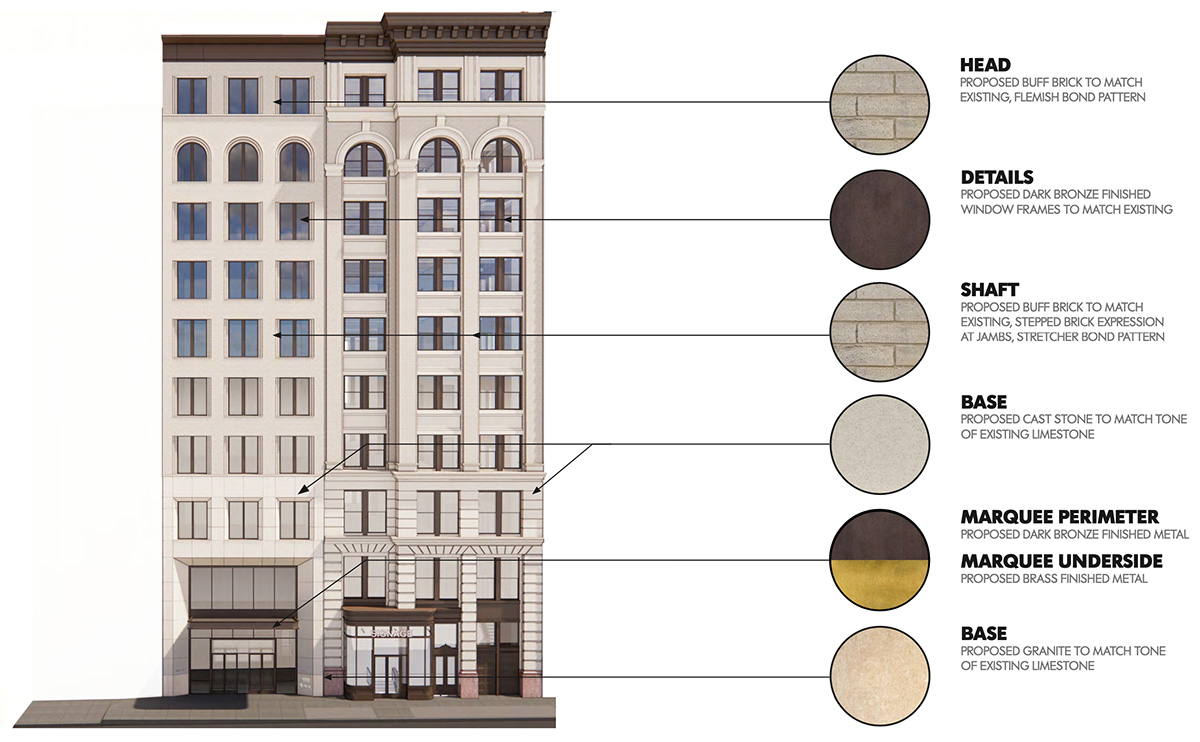 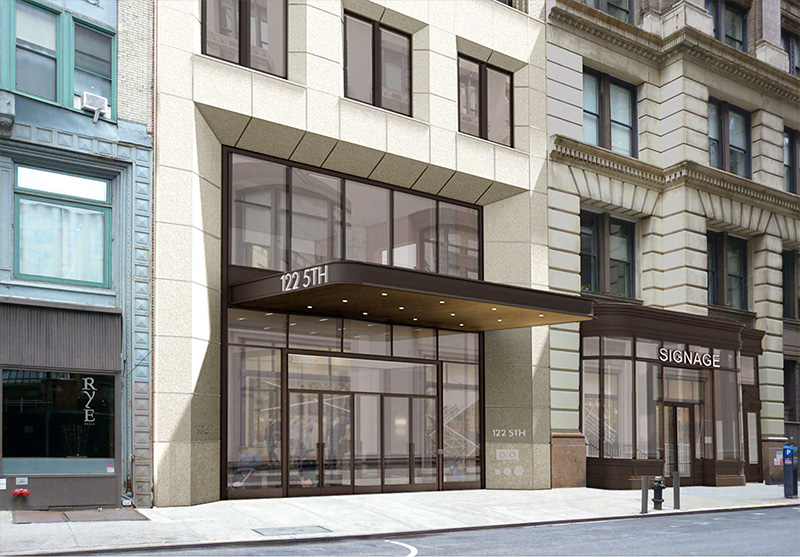 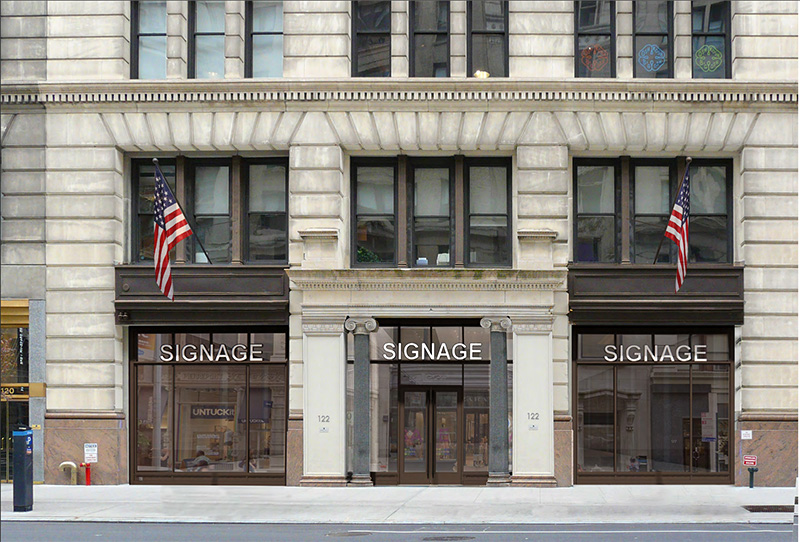 Previous proposals for the rooftop addition included designs from Perkins Eastman, which consisted of a 40,000-square-foot glass box with three levels of office space and multiple terraces. The latest proposals appear to suggest that Bromley Companies will not be moving forward with those designs.

Instead, elevation drawings from Studios Architecture illustrate a single-story, glass-enclosed pavilion that will occupy only a portion of the building’s roof. The pavilion will be surrounded on three sides by an outdoor roof deck with light landscaping and several lounge areas. Existing mechanicals will be repositioned to the eastern edge of the roof and surrounded by dark slatted screening.

A public hearing for the project took place on January 19, 2021, and the LPC has yet to issue an official response to the updated proposals.