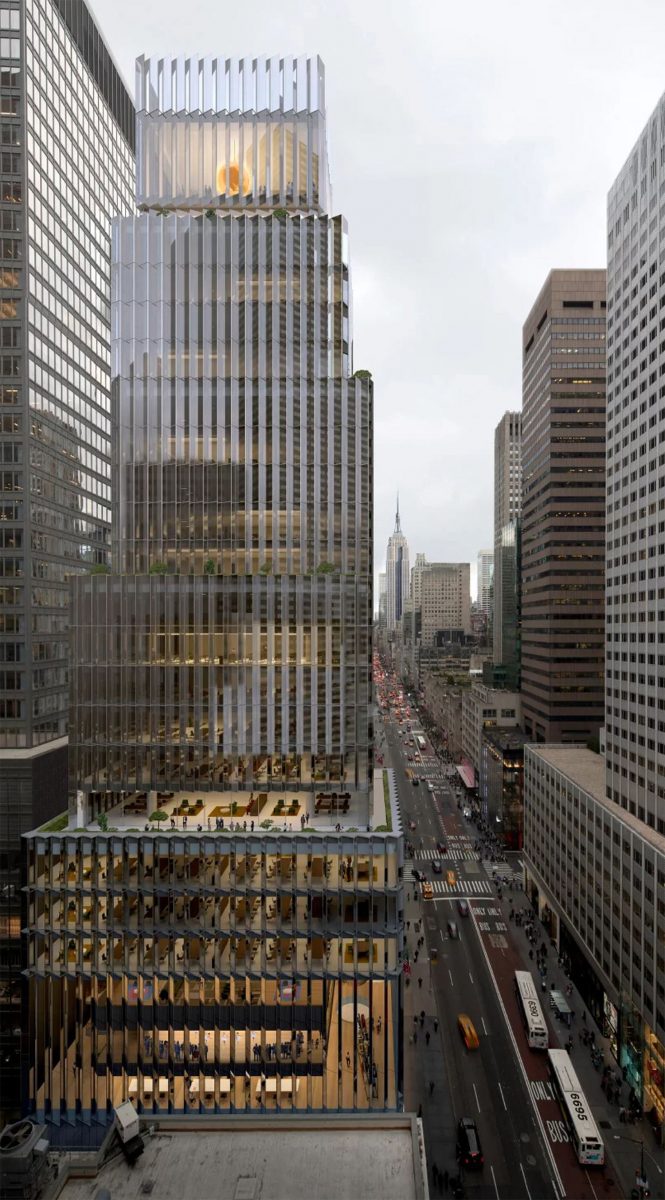 Demolition permits have been filed for the 12-story commercial building that houses the flagship Rolex at 665 Fifth Avenue in Midtown, Manhattan. Owned by the Rolex Realty Company LLC, the 11,050-square-foot site will soon house the Rolex headquarters in a 25-story tower designed by David Chipperfield Architects. 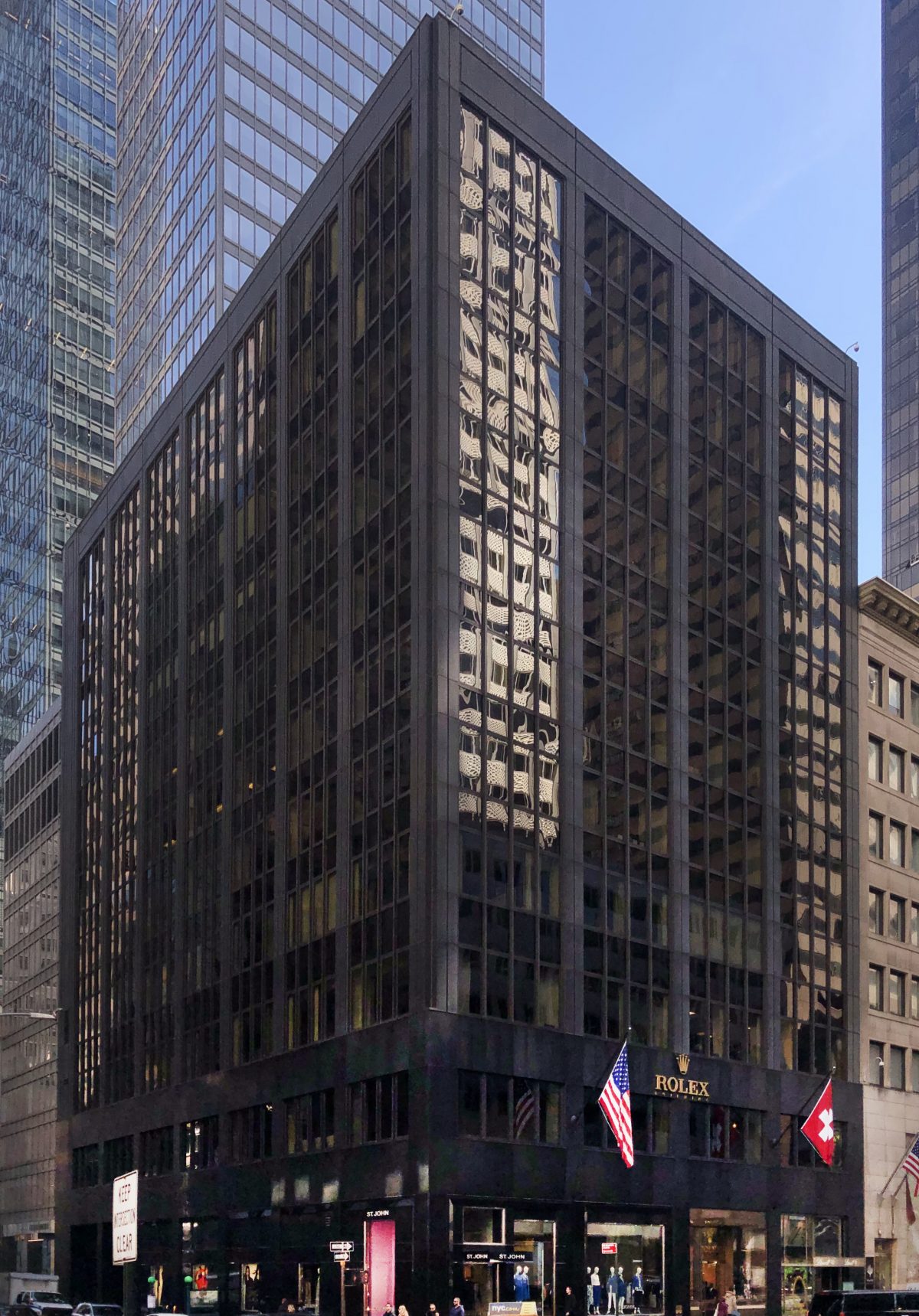 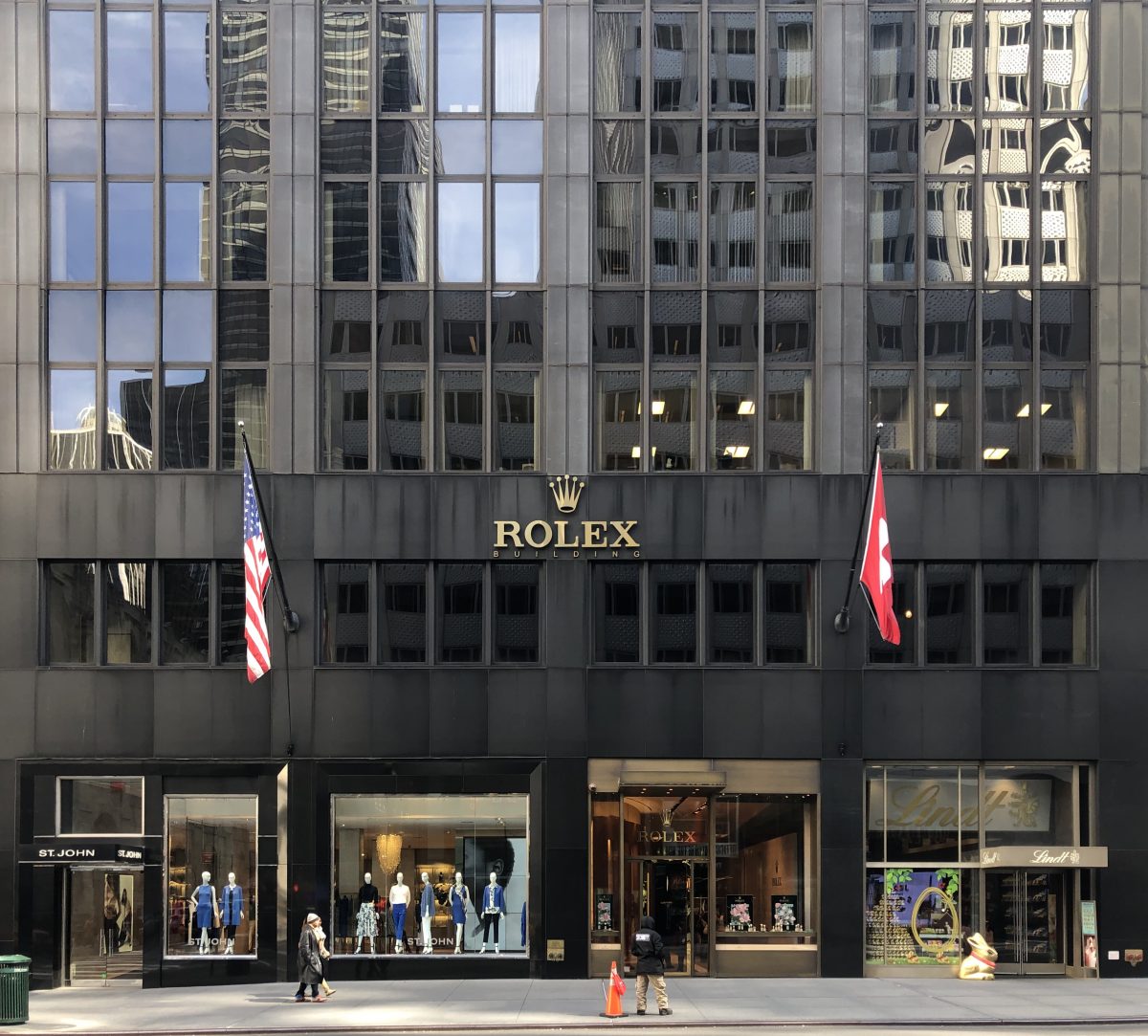 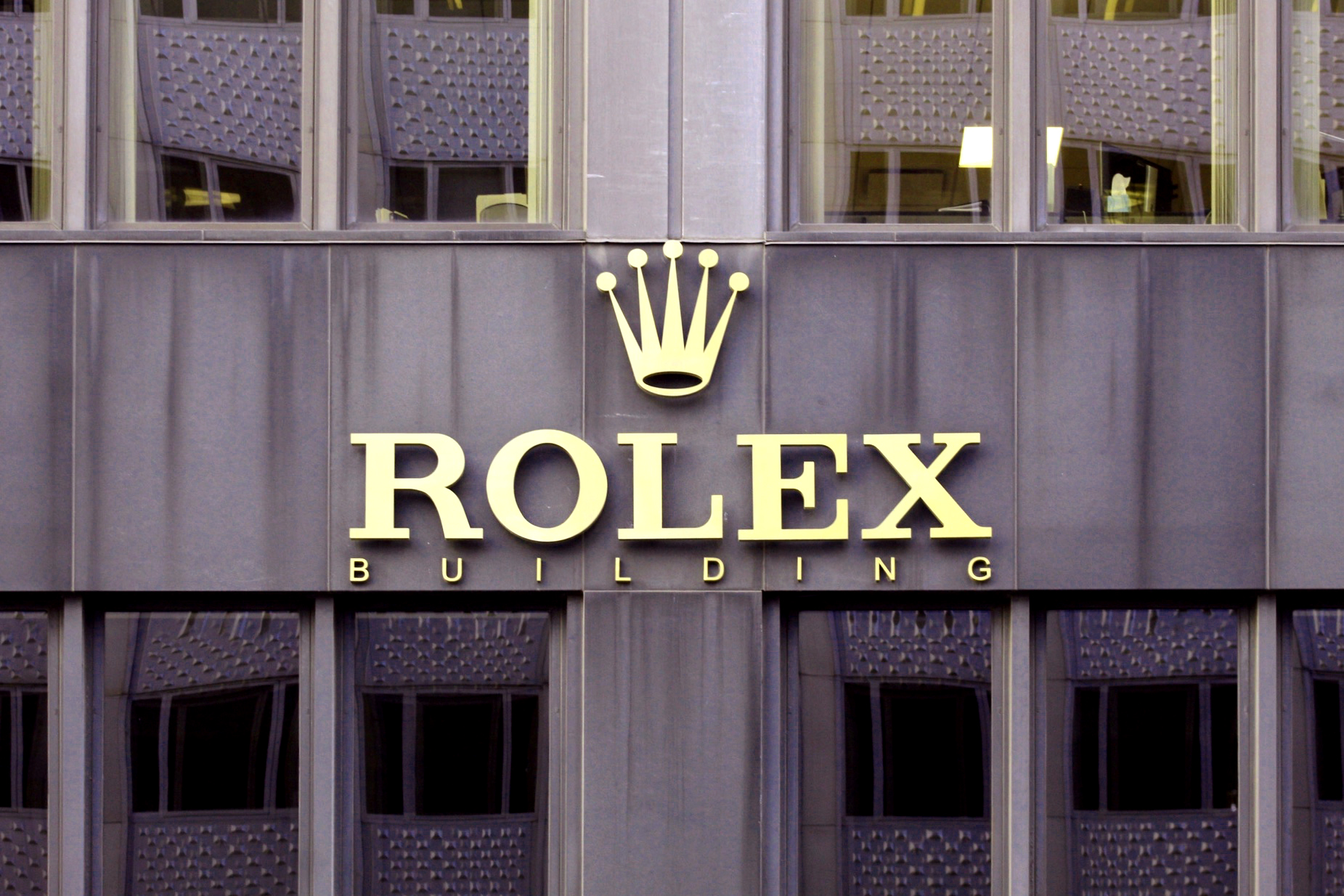 Located on the southeast corner of Fifth Avenue and East 53rd Street, the lot with 85.42 feet of frontage has housed a commercial building with retail space on the ground floor for Rolex, St. John, and Lindt and office space on the levels above. The steel structure was built in the 1920s and later in 1975 was repurposed in the construction of a 12-story high rise. As YIMBY previously reported, the new construction will consist of a sleek, modern design of stacked boxes clad in glass. No construction timeline has been announced.

Howard I. Shapiro & Associates is listed as the applicant of record.