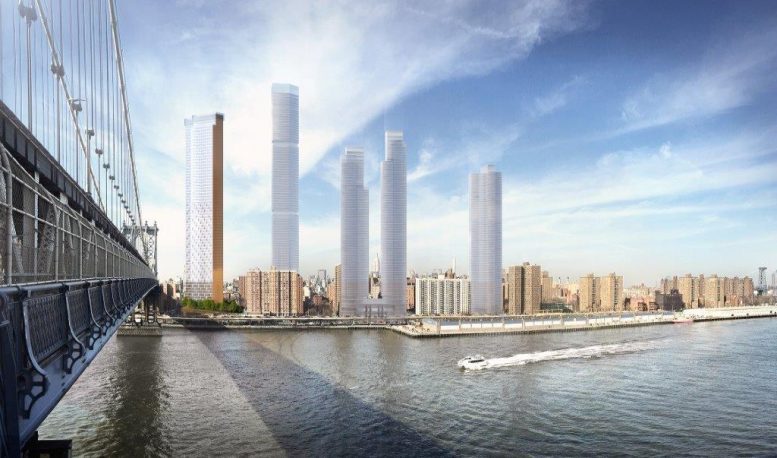 Rendering of 260 South Street by Handel Architects from 2016. It is unclear if the design has changed significantly since then.

Pre-filed applications in 2016 called for a 66-story, 1,400-unit residential tower with approximately 350 affordable units. In 2020, the New York Appellate Court ruled in favor of a group of developers which included Two Bridges Associates that would allow them to move forward on four developments along the Two Bridges waterfront, including a two-tower development rising 798 feet at 260 South Street.

Latest details specify a 761-foot-tall development yielding 14,526 square feet for community facility space. The building will have 1,313 residences, however it is unclear how many units will be designated as affordable housing. The concrete-based structure will also have a cellar, a 30-foot-long rear yard, and 103 enclosed parking spaces.