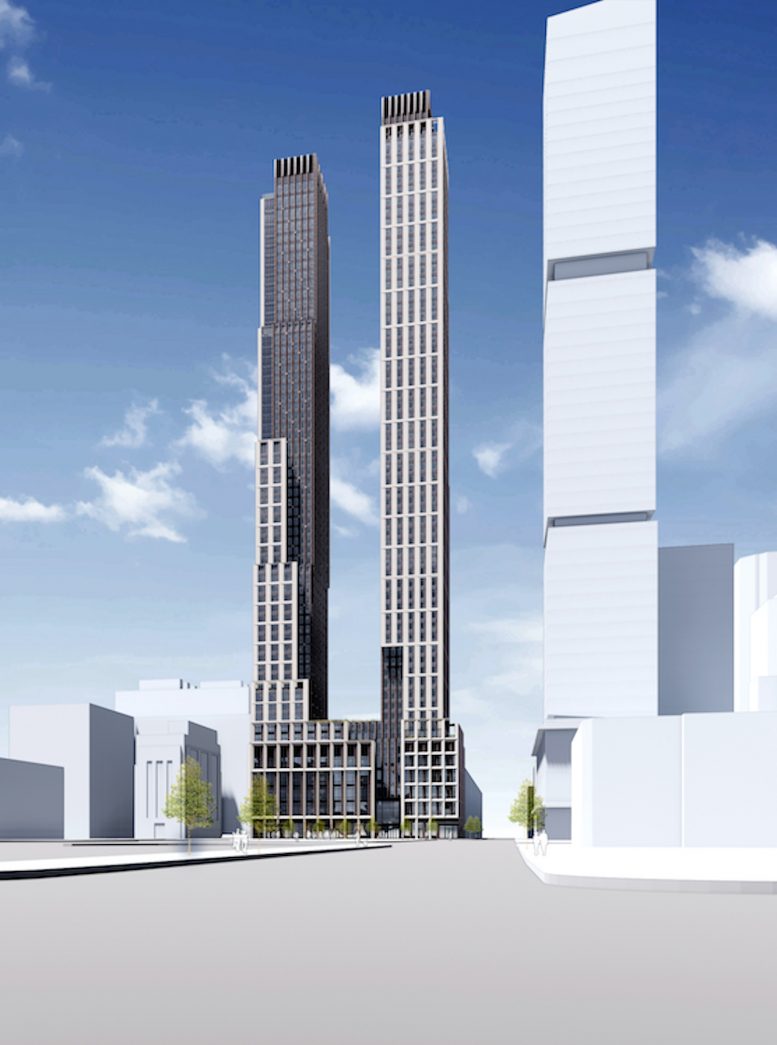 Permits have been filed for 495 Eleventh Avenue, a pair of mixed-use residential skyscrapers atop of a five-story podium in Midtown West, Manhattan. Located between West 39th and 40th Streets, the two towers will stand 680 feet tall and 57 stories, and 653 feet tall and 56 stories. NYC Economic Development Corporation is listed as the owner behind the applications. 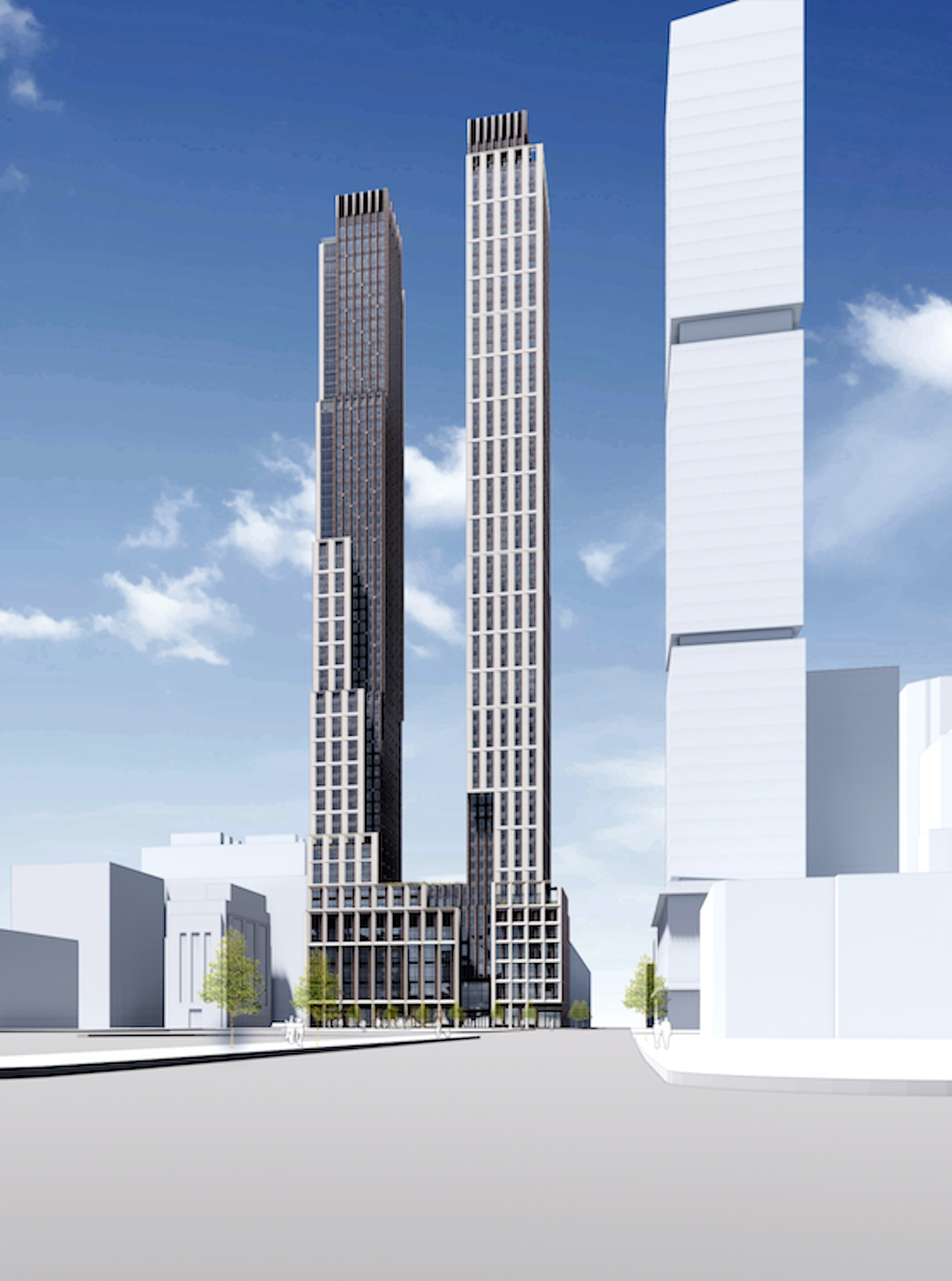 The proposed 589,842-square-foot development will have a hotel component in the south tower with 683 rooms and residential use in the north tower with 358 units, as well as 45,344 square feet of community facility space. There will be no accessory parking in the concrete-based structure, but a bike storage room on the cellar level will have 774 square feet for 86 bikes and a bike storage room on the first floor will have 861 square feet for 96 bikes. New renderings released in early spring of 2021 also depicted a larger range of programming including NYPD parking spaces, offices, retail space, and supportive housing units.

FXCollaborative is the design architect and Gene Kaufman Architects is listed as the architect of record.

The lot is closest to the 34th Street-Hudson Yards subway station, serviced by the 7 train. Demolition permits have not been filed yet for the New York Police Department parking lot. An estimated completion date has not been announced.

13 Comments on "Permits Filed for a Two-Tower Development at 495 11th Avenue in Midtown West, Manhattan"