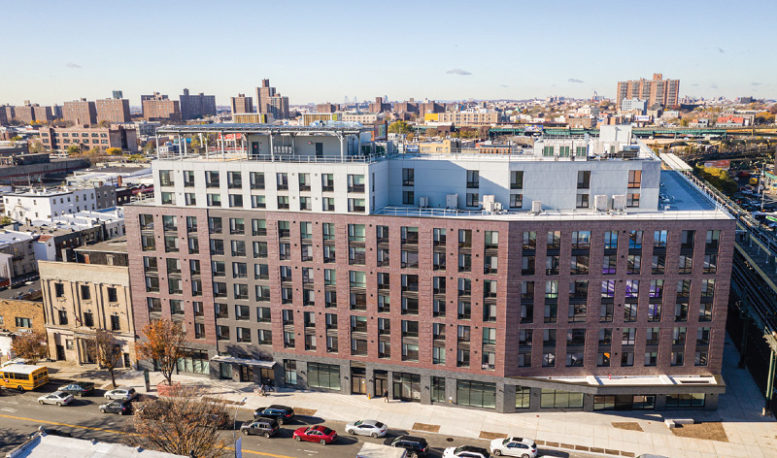 Income restrictions range from extremely low-income households earning up to 30 percent area median income (AMI) to low-income households earning up to 80 percent of AMI. Of the total units, 42 are set aside for formerly homeless and senior residents with operating subsidy provided by the New York State Empire State Supportive Housing Initiative (ESSHI) program. Through the City’s Mandatory Inclusionary Housing program, 102 units will be permanently affordable.

On-site residential amenities will include a fitness center, a community room, a landscaped terrace, and bike storage.

The ground floor will contain an 18,500-square-foot grocery store and two additional retail spaces. The retail spaces will be leased as part of the East New York Retail Preservation Program, which is intended to preserve opportunities for longstanding East New York businesses to operate within the boundaries of the rezoned neighborhood at rents that facilitate the ability to source their workforce from within the community and provide job training and benefits.

“Mixed-use developments like 50 Penn are important steps forward in tackling our housing shortage and providing communities with the local amenities and resources everyone should have outside their door,” said New York City chief housing officer Jessica Katz. “This project not only gives over 200 New Yorkers and families a new place to call home, but in partnership with the NYC FRESH program, it brings a full scale grocery store to the neighborhood as well.” 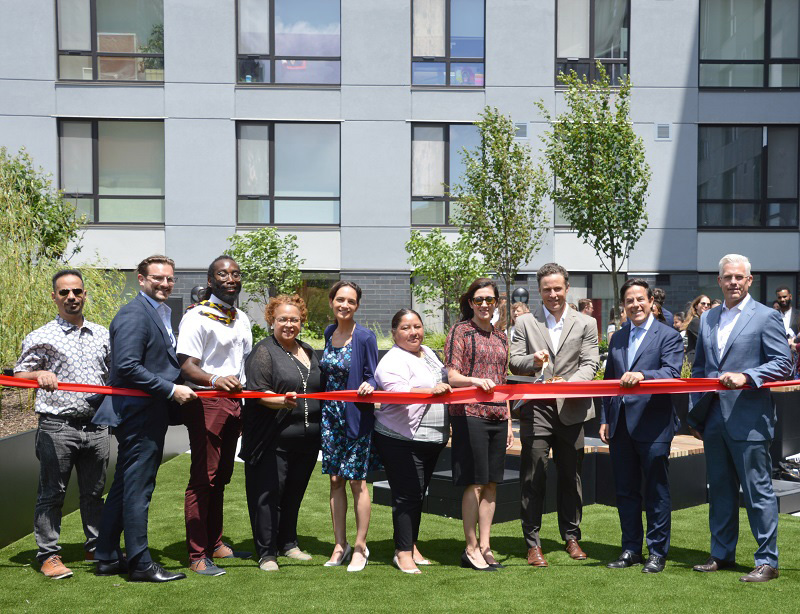 Additional members of the project team include RiseBoro Community Partners, which will provide on-site supportive services to occupants, and Mega Contracting, the project’s construction manager.

“Pennrose is proud to work alongside HPD, HDC, and RiseBoro to address key quality of life issues in the neighborhood through transformative, mixed-use housing,” said regional vice president of New York at Pennrose Dylan Salmons. “With high-quality affordable housing, tailored supportive services, community-sourced retail and grocery space, 50 Penn signifies the changing fabric of the neighborhood and will be a benefit to East New Yorkers for many years to come.”