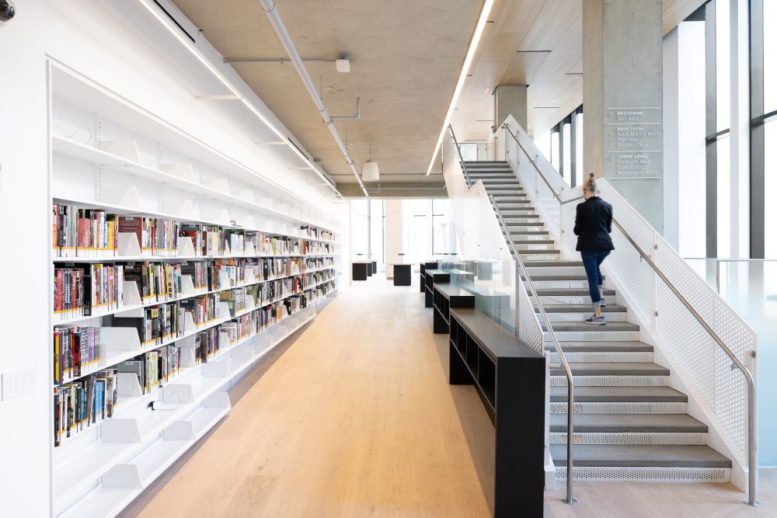 Designed by Gensler and Marvel Architects, the new library anchors One Clinton, a 38-story building developed by The Hudson Companies. The original library, completed in 1961, occupied the same parcel of land but had fallen into disrepair and would have cost the library system nearly $5 million in capital improvements. Instead, the building’s plot was sold in 2014 for $52 million, demolished, and reconstructed by the new developer as part of an agreement with city agencies.

Today, the new library boasts lofted ceilings, large windows that facilitate the flow of natural light, improved circulation, and increased maximum capacity. Key features include a designated children’s area, a teen library, public meeting rooms, a sunlit reading circle, and a multipurpose room that can host up to 225 patrons. 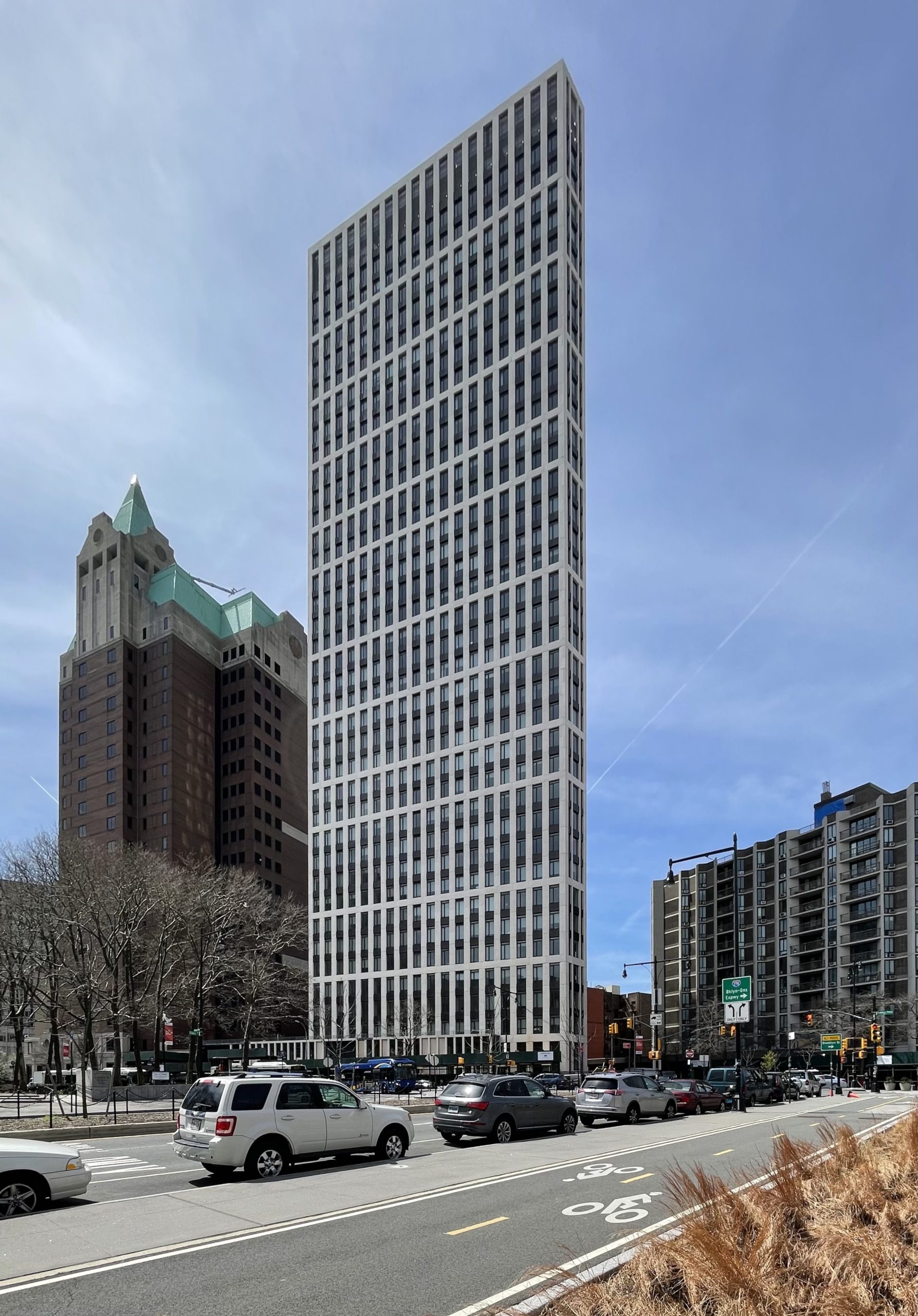 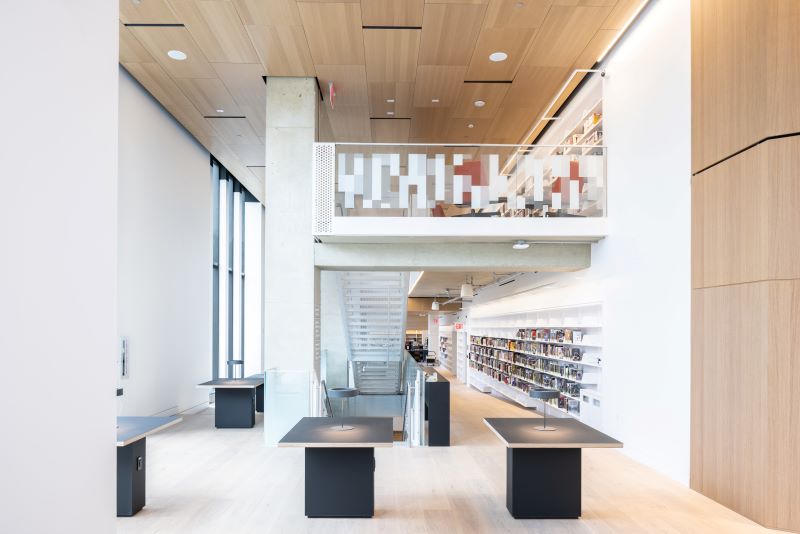 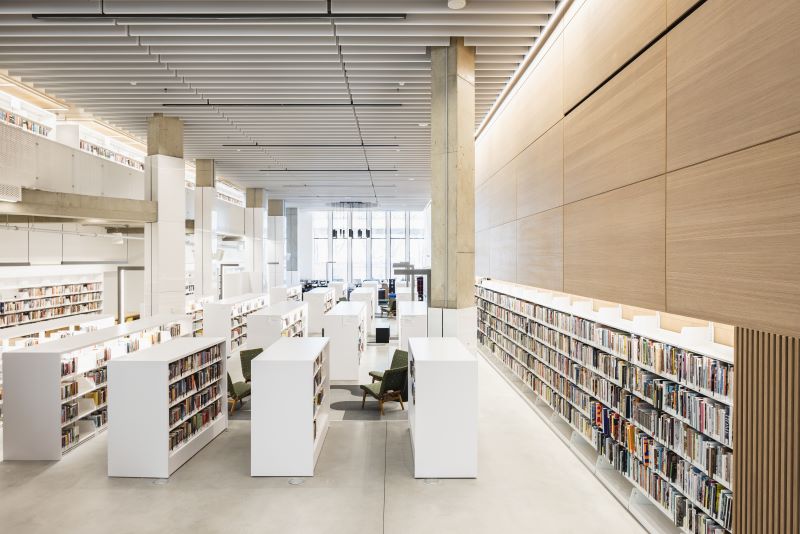 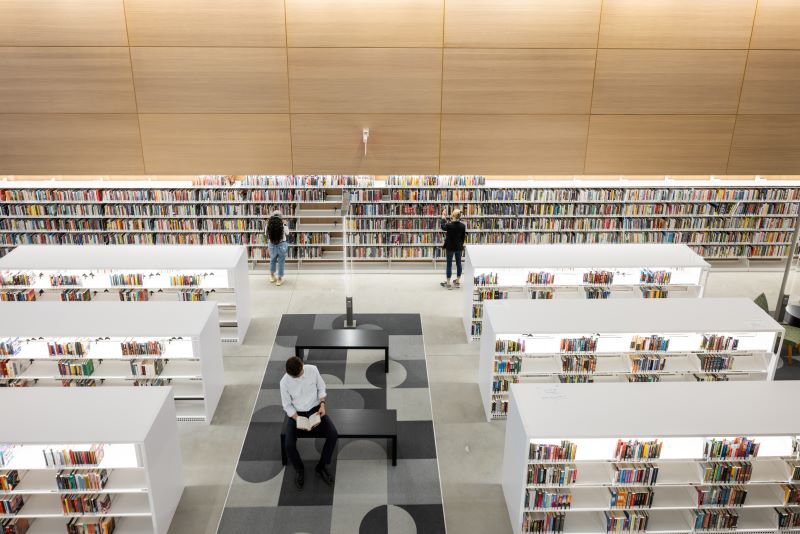 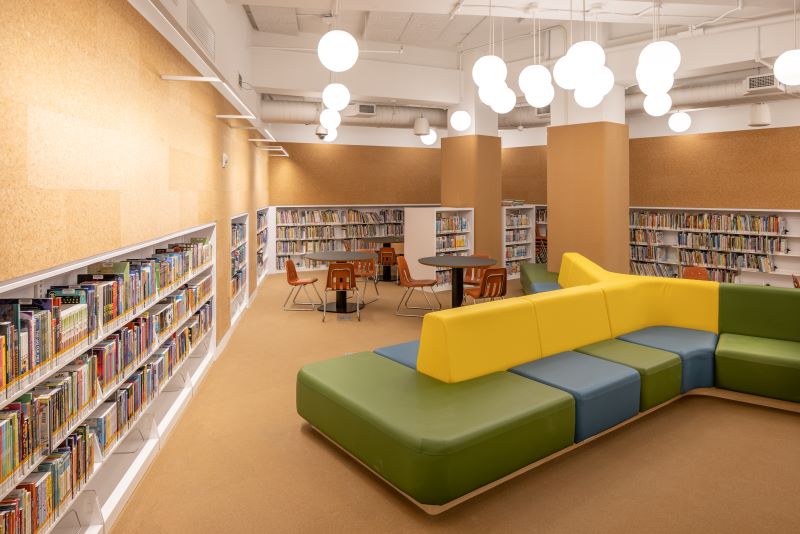 “Welcoming to readers of all kinds, the library is designed to support how people interact with books, technology, storytelling, and most importantly, each other,” said Gensler design director Taryn Christoff. “From the Reading Circle that invites connection around stories to the Main Hall that offers a multitude of spaces for individual study and group interactions, we are thrilled to help shape this community space for our neighbors in Brooklyn Heights and across the borough.”

Of the total proceeds generated by the land-use transaction, $40 million has been apportioned to fund repairs and improvements at branches throughout the system and $12 million allocated toward the interior fit-out of the new library. The sale also paid for the core and shell of the new library, a 9,000-square-foot STEM lab to be operated by the NYC Department of Education, and rental costs for an interim library throughout the construction period.

“Today we celebrate a milestone, completing a vision to turn an outdated library into a bright and inspiring space for the 21st century,” said president and CEO of Brooklyn Public Library Linda Johnson. “In so doing, not only are we delivering a beautiful new Brooklyn Heights Library, we have generated funds for the renovation of nine other branches, benefiting our patrons throughout the borough and marking the most important moment in rebuilding since the library was founded 125 years ago.”