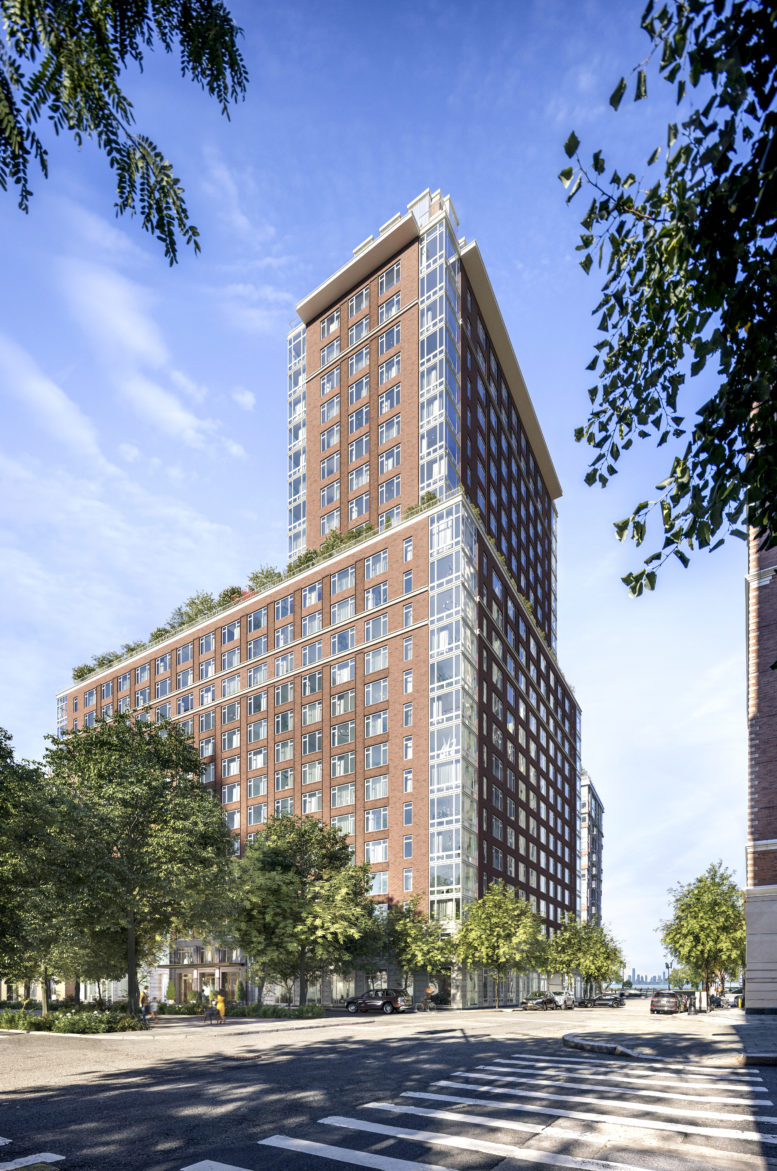 New renderings have been revealed for Tribeca Green, a 24-story residential building undergoing interior renovations at 210 Warren Street in Battery Park City. Designed by Robert A. M. Stern Architects with MNLA as landscape designer and developed by Related Companies, the building was originally constructed in 2004 and features 270 “condop” (co-op with condo-style management and rules) residences for sale in studio to four-bedroom layouts. A teaser website launched this past Monday for the units, which are expected to hit the market in 2023 with sales and marketing led by Related Sales LLC and Corcoran Sunshine Marketing Group. The property is bound by Warren Street to the north, North End Avenue to the east, and Teardrop Park to the west.

The following rendering is oriented looking west from North End Avenue, while the second rendering is a centered view of the front doors and overhanging canopy. 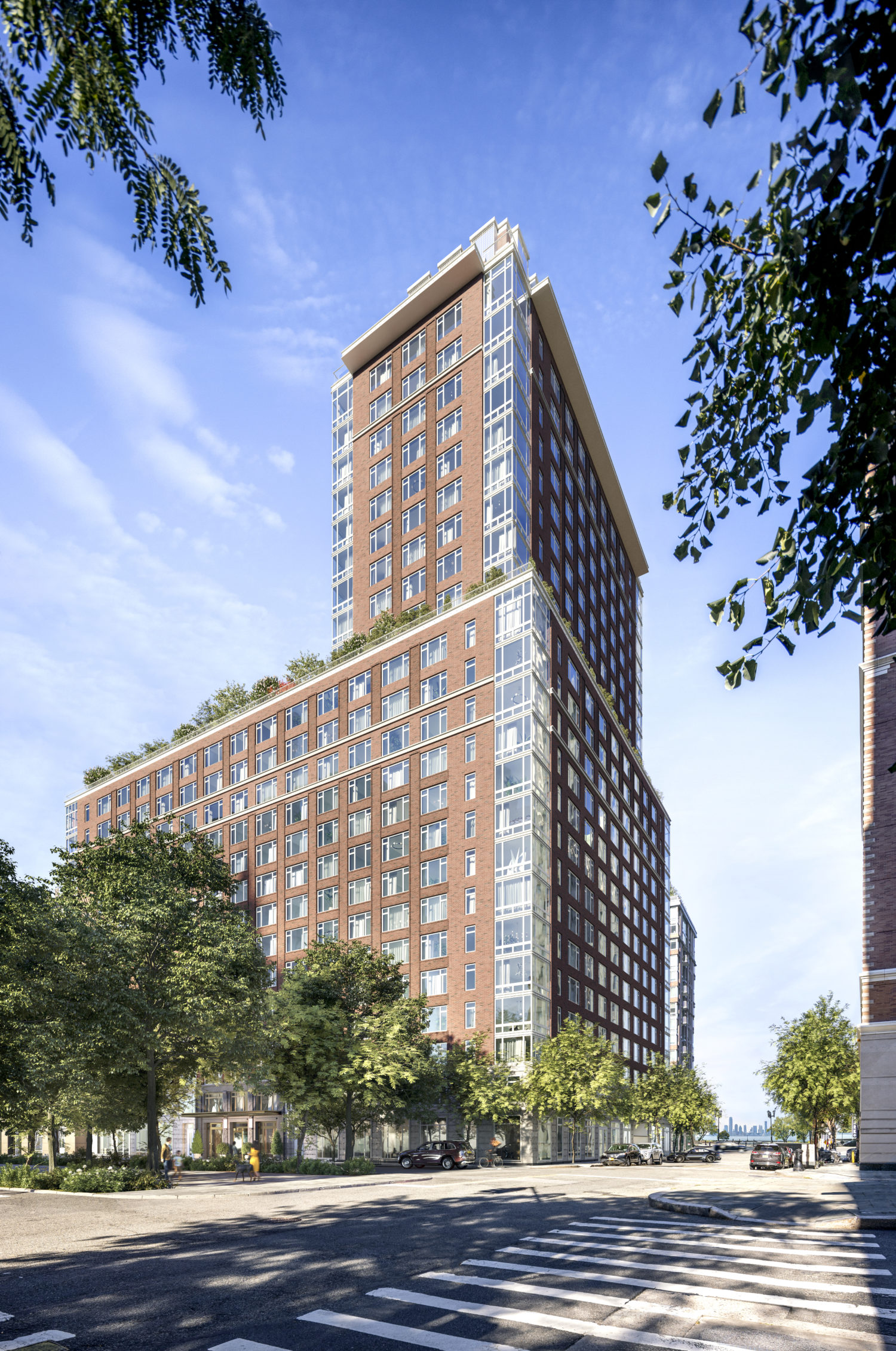 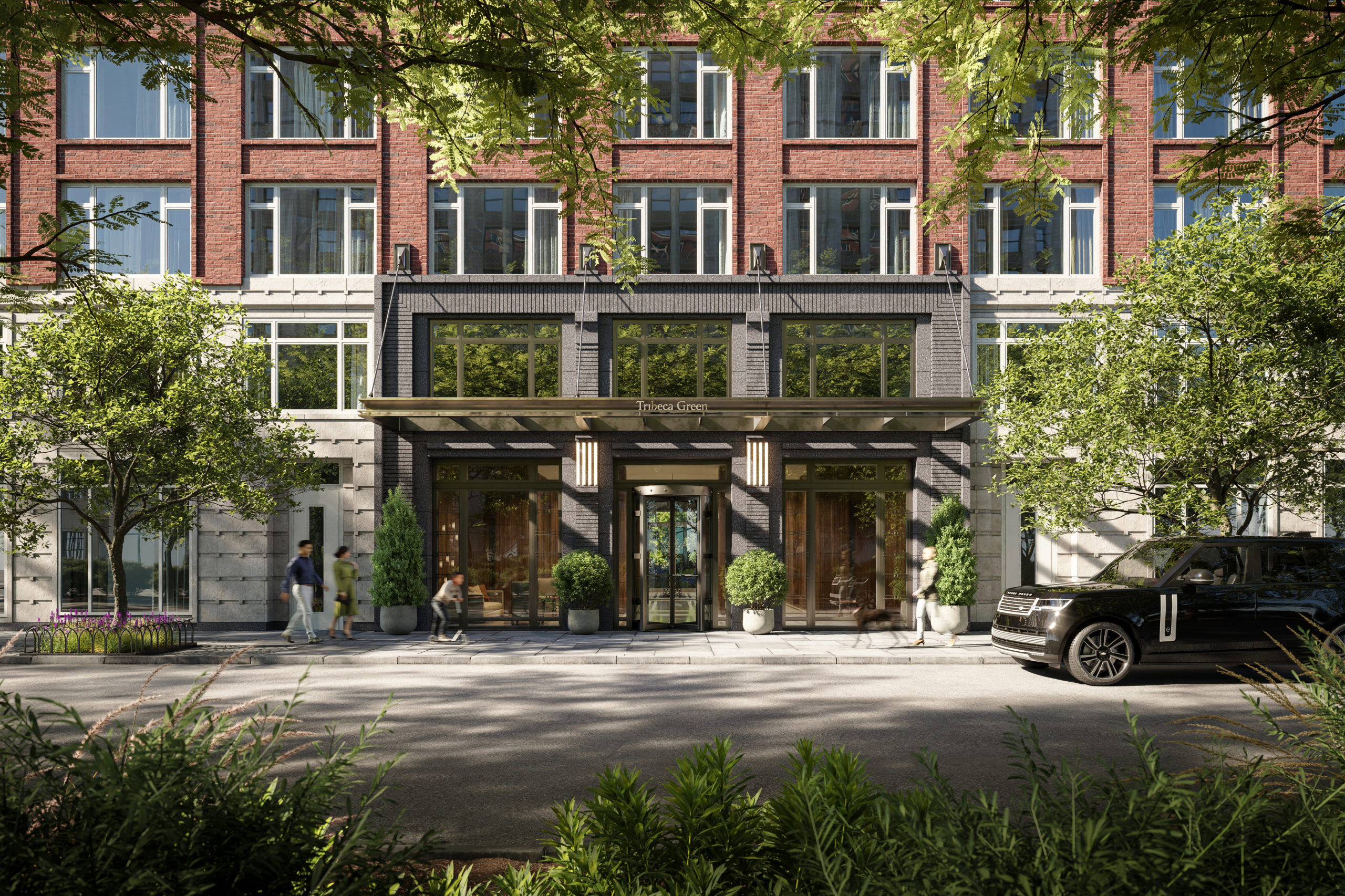 Tribeca Green debuted as one of the first LEED Gold residential buildings in the United States thanks to its use of solar panels and ultra-efficient mechanical systems designed to reduce its carbon footprint. Other sustainability features include a twice-filtered outdoor air system, charging stations for electric vehicles, and Nest smart thermostats.

The majority of units have views of Teardrop Park, while homes on the upper half of the building also feature panoramic vistas of the Hudson River and surrounding neighborhoods of Battery Park City, Tribeca, and the Financial District. Just a short walk to the west are the vast lawns, baseball fields, and additional greenery of Rockefeller Park; to the south is the North Cove Marina by Brookfield Place; and further down is the scenic Battery Park City Esplanade. Stuyvesant High School and PS 234 are also in close proximity from Tribeca Green for families with children.

The closest subways to the property are the 1, E, R, W, and PATH trains at the World Trade Center, which offers a connection to the A, C, J, Z, 2, 3, 4, and 5 trains at the Fulton Street and Chambers Street stations.