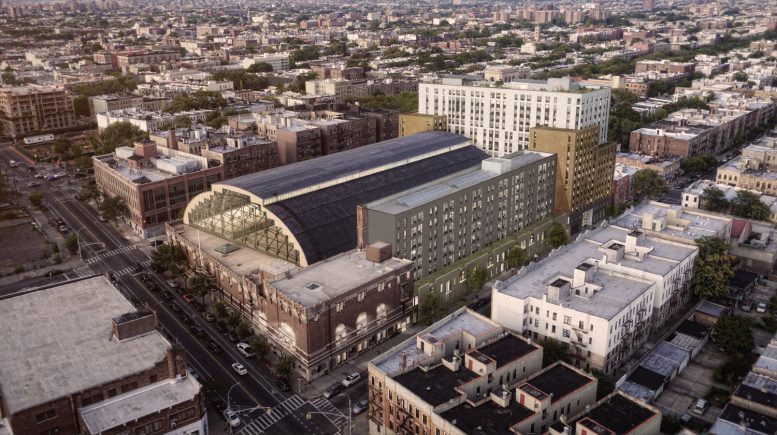 New renderings are out for Bedford Union Armory’s redevelopment in Crown Heights, Brooklyn. BFC Partners and the nonprofit NYC Economic Development Corporation, whose mission is to spur economic growth in the city, will be developing the project jointly. The site is three blocks from the 2, 3, 4, and 5 subway trains at the Franklin Avenue station. Permits filed four months ago for a fifteen-story building are still pending approval.

New permits were filed for an eight-story residential structure in late June, with an address of 1057 President Street. The 79-foot tall structure will yield 101,800 square feet, with 82,000 square feet dedicated to residential use. 60 Apartments will be created, averaging 1,700 square feet apiece, indicating condominiums. A medical facility will be included on the ground floor. 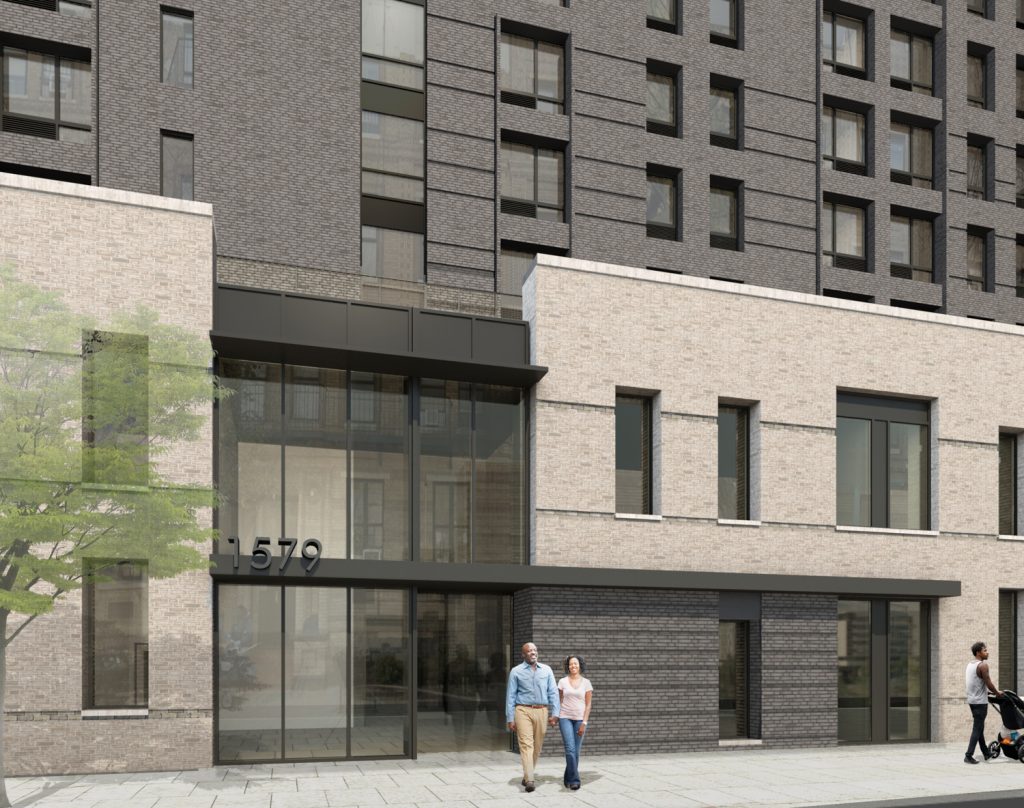 Marvel Architects is responsible for the design, which does not appear heavily inspired by the existing structure, with the minor exception of a post-modernist crenulation along the façade facing President Street. 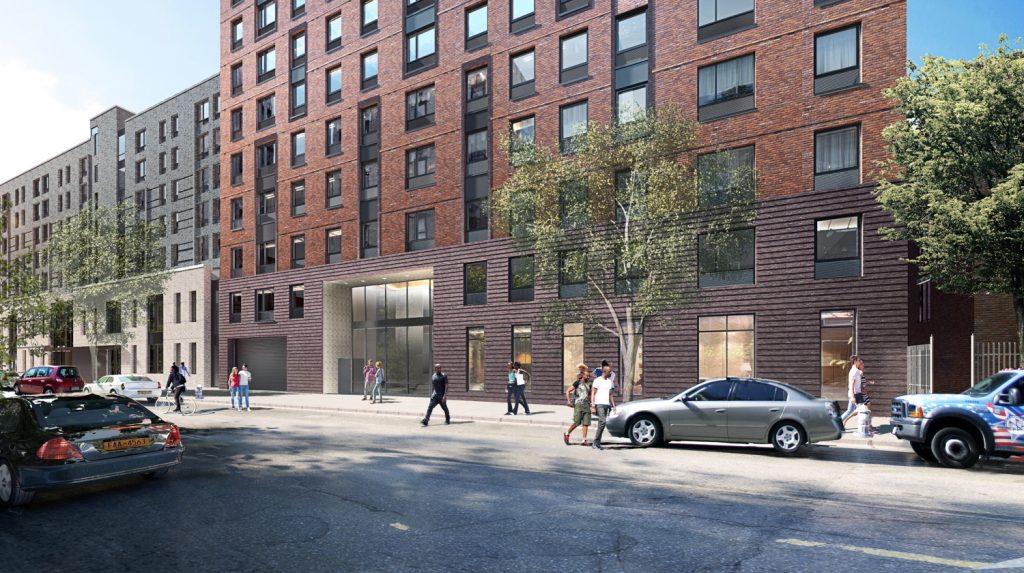 The larger 180-foot tall structure will yield 336,100 square feet for residential use. 330 apartments will be produced, of which most will be rentals. Despite being in a public transit-rich area, a 201-car garage will be included on site. Of the 390 apartments created from the development, 250 are expected to let for tenants making below 60% of the area median income.

Partial demolition permits were filed for portions of the site in May. The estimated completion date has not been announced. 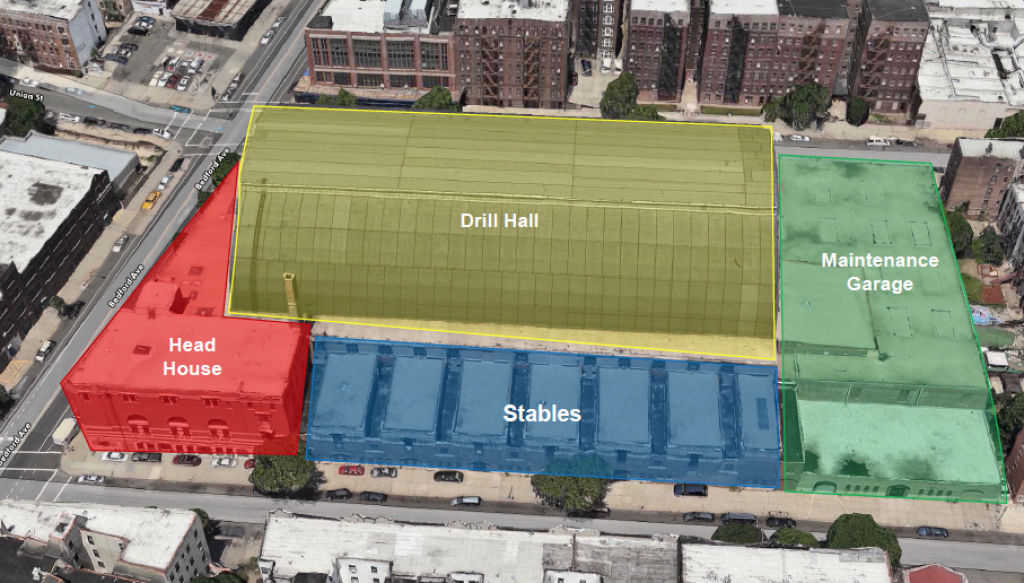 Diagram of the Bedford Union Armory via BFC Partners

Permits have not been filed yet for the reconstruction of the drill hall, which will include recreational space for the community. Renderings show a full soccer field, basketball courts, and volleyball will be included in the large space.