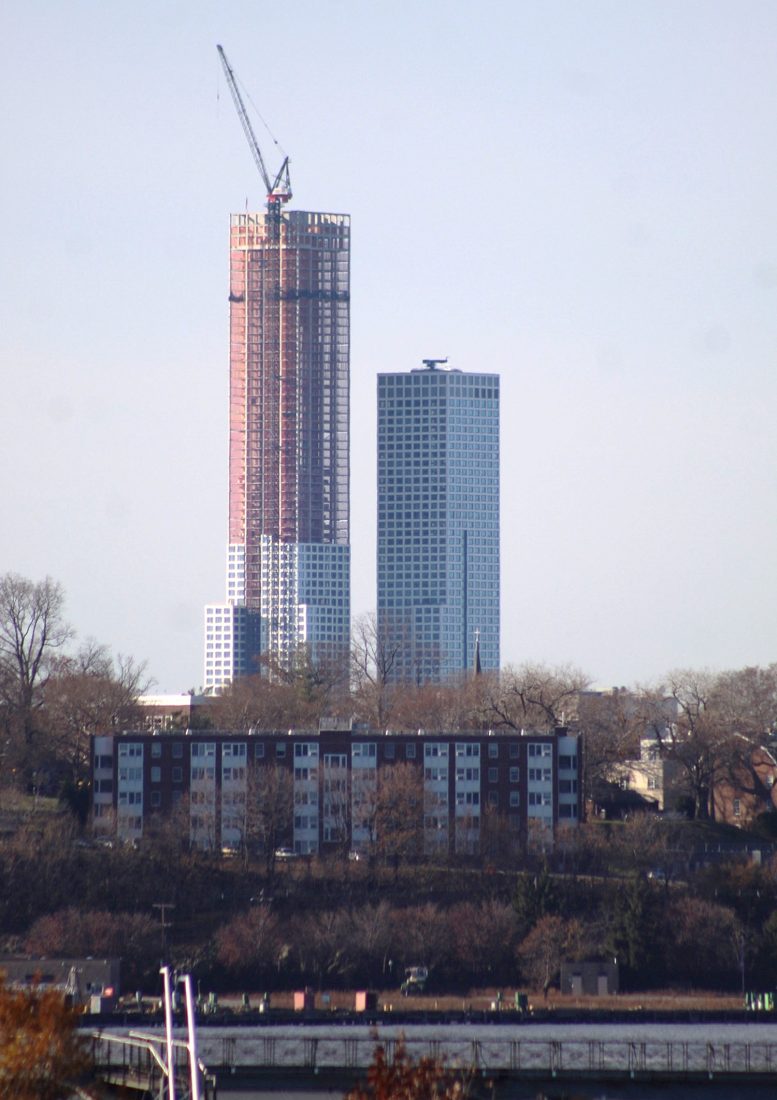 Construction has topped out on 537 Summit Avenue, the second and tallest building in the three-tower Journal Squared complex in Jersey City. Despite its location across the Hudson River from New York, the 754-foot-tall reinforced concrete skyscraper’s prominent height earns it inclusion at the number-24 spot in YIMBY’s countdown of the tallest current projects in the city. Designed by HWKN/Hollwich Kushner and Handel Architects and developed by Kushner Real Estate Group, the tower stands dominantly over its shorter 563-foot-tall, 53-story sibling.

Photos show the state of progress on the skyscraper and the disparity in height over the first completed component of the residential development. 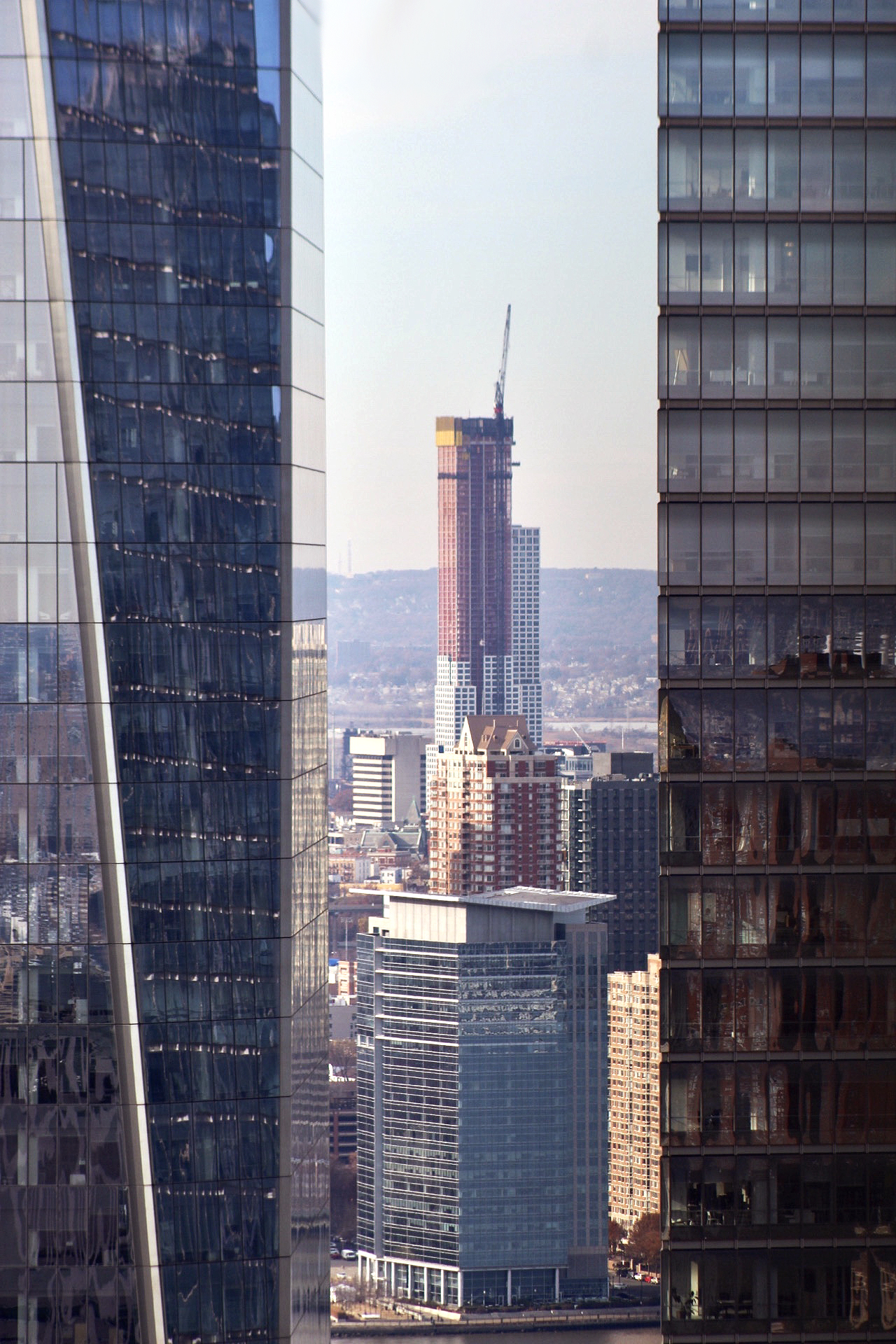 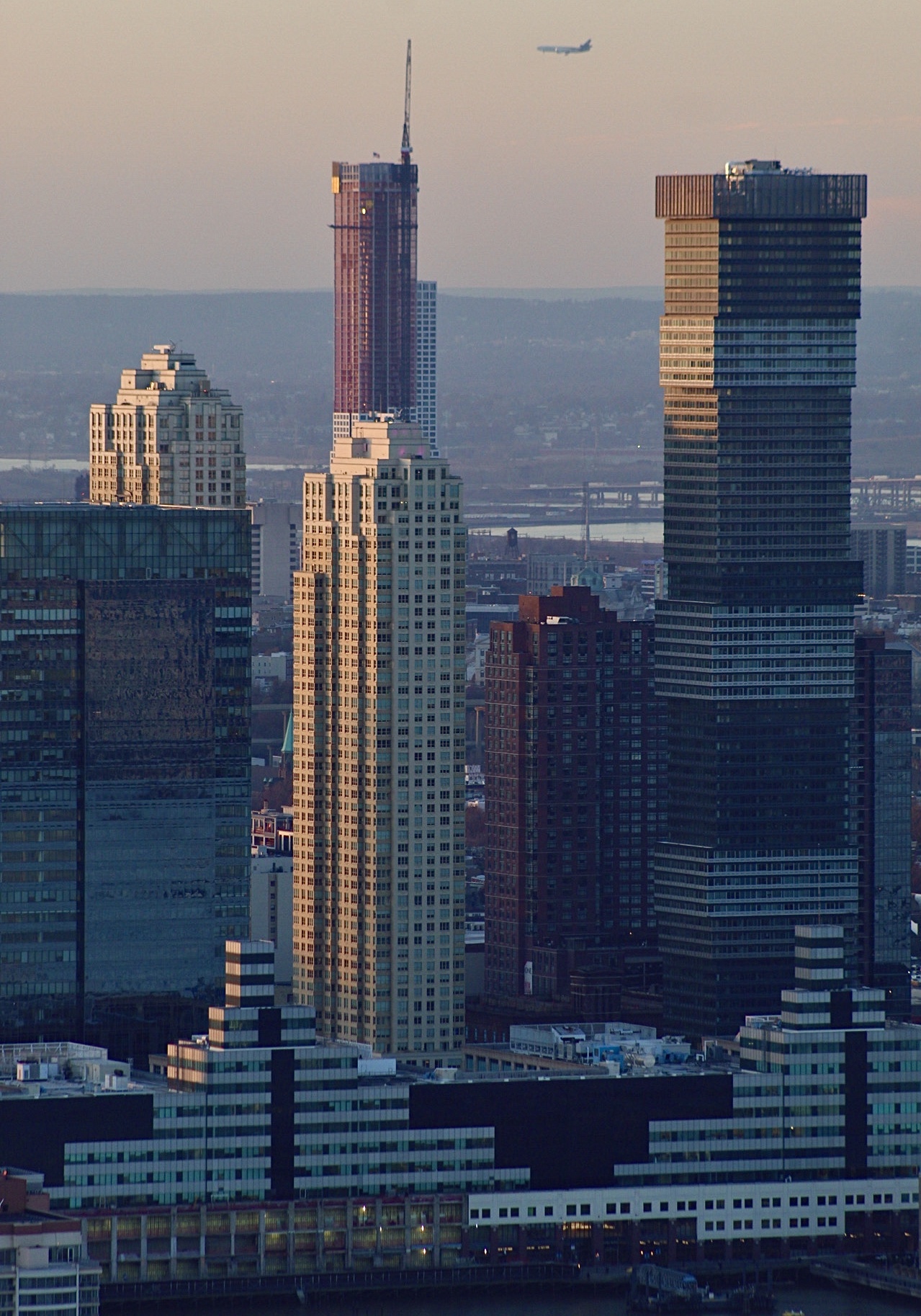 The tower will provide panoramic views of the entirety of the Manhattan skyline, from the World Trade Center to the Empire State Building, to the supertalls of Billionaires’ Row. The photo below is from Journal Squared’s Instagram account, showing the top of the flat roof parapet and New York City in the background. 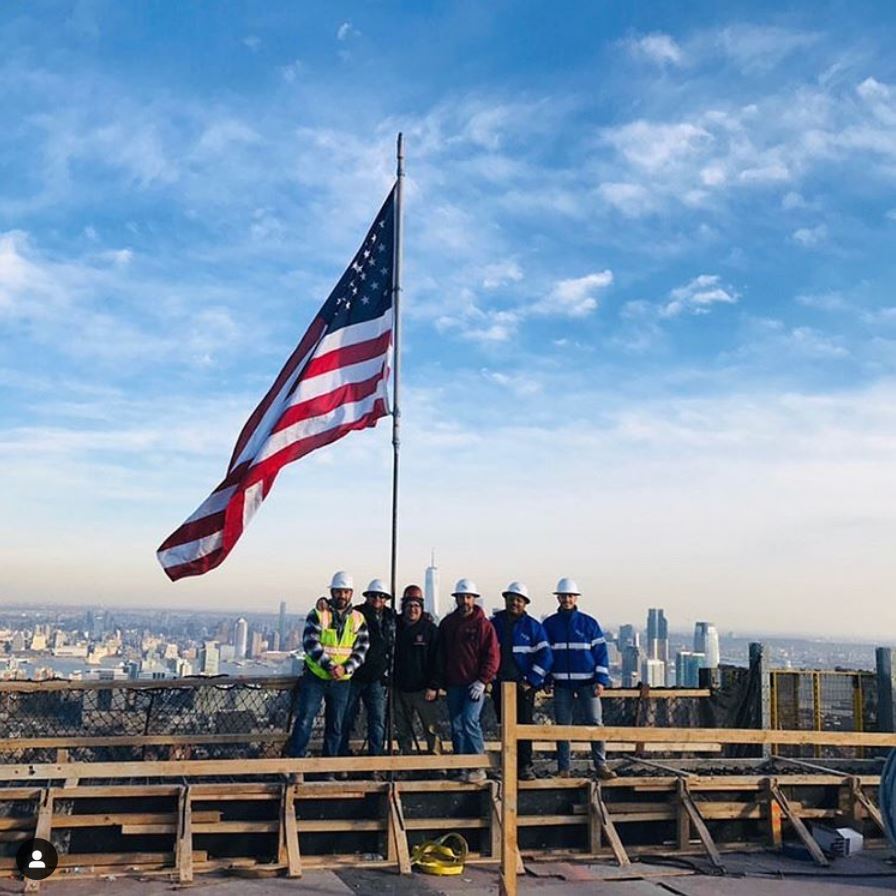 Photo looking east towards New York City from the top of the second tower.

The building will yield 704 units, 18,000 square feet of retail space, and a gross floor space of roughly 1,000,000 square feet. The third and final tower will eventually ascend 60 stories and top out at 633 feet tall, putting its height in between the two current edifices. At this moment it is unclear when construction will commence on this final component. Journal Squared sits above the Journal Square PATH station and may soon see several new tall neighbors in the near future. 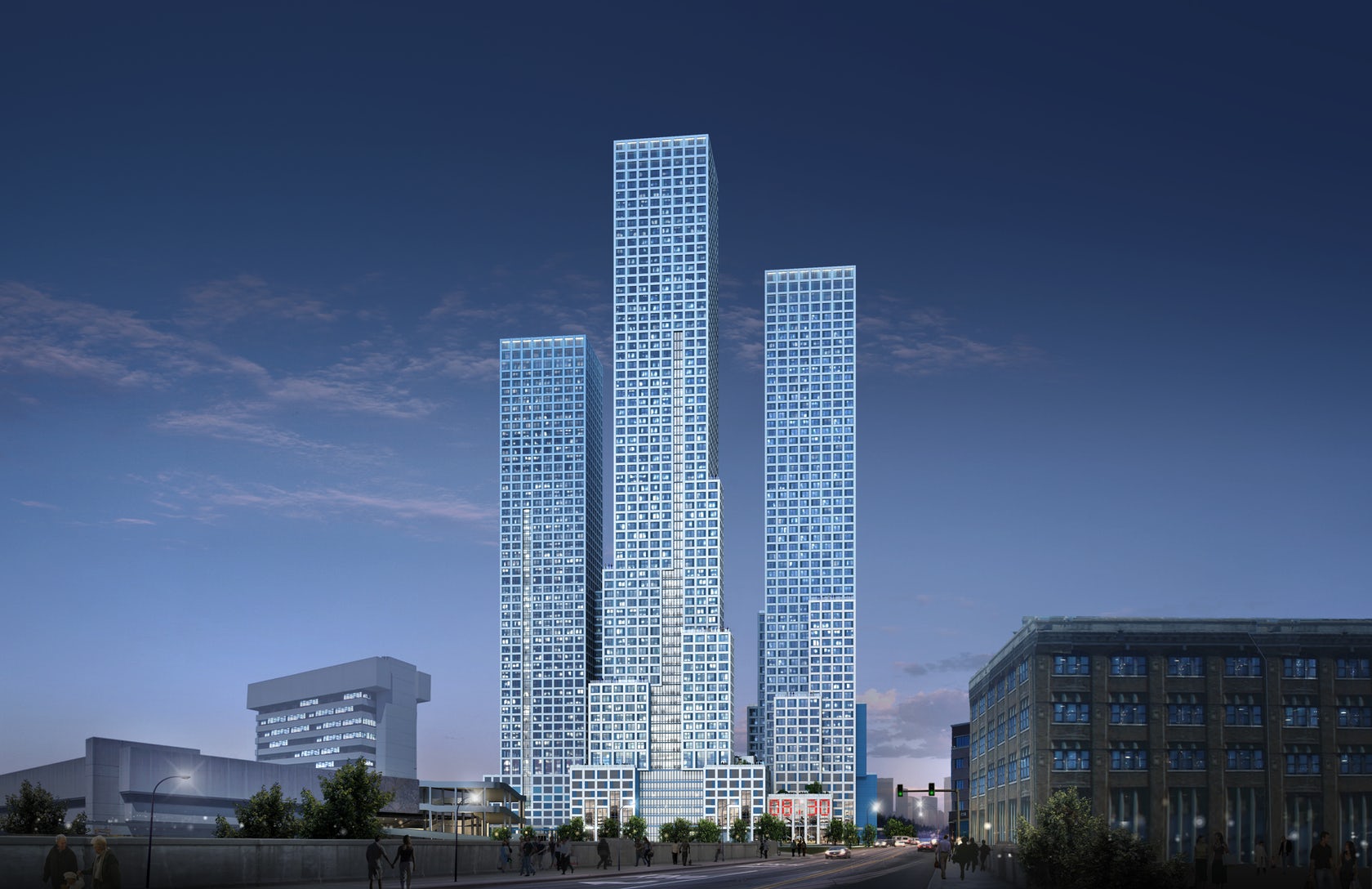 Completion of the second skyscraper is expected sometime next year, while the entirety of Journal Squared is scheduled for 2024.