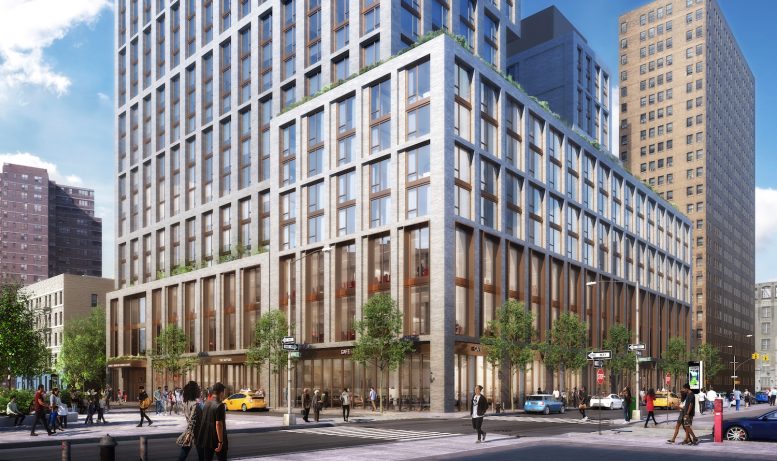 Permits have been filed for a 16-story mixed-use building at 64 Norfolk Street on Manhattan’s Lower East Side as part of the Broome Street Development, which is compromised of two mixed-use buildings spanning an estimated total of 387,223 square feet. Gotham Organization is listed as the owner behind the applications, and filed permits for 55 Suffolk Street last month. Gotham is coordinating administratively with the Department of Building to establish the BIN for the Suffolk Building.

The proposed 16-story, 163-foot-tall mixed-use development at 64 Norfolk Street, known as Norfolk Senior Housing Building, will yield 71,701 square feet, with 66,962 square feet designated for residential space, 4,739 square feet for community facility space. The building will have 115 low-income senior residences, with an average unit scope of 582 square feet. The concrete-based structure will also have a cellar and a public assembly on the ground floor to be utilized by Beth Hamedrash Hagodol synagogue, which previously occupied the property.

Details have also been released for Suffolk Building at 55 Suffolk Street. The 30-story, 310-foot-tall mixed-use structure will yield 315,521 square feet which includes a 38,914-square-foot flagship headquarters for the Chinese-American Planning Council. In addition, there will be 268,065 square feet of residential space for 366 units of which 25 percent will be set aside for permanent affordability, as well as 8,542 square feet of retail along Broome Street.

The preliminary rendering depicts a light gray masonry façade with a grid of floor-to-ceiling windows. There will be at least one large setback with a terrace. Daniel Heuberger of Dattner Architects is listed as the architect of record.

Located at the intersection of Broome Street and Norfolk Street, the corner lot is one block south of the Delancey Street-Essex Street subway station, serviced by the F, M, J, and Z trains. Broome Street Development will sit across from the new Essex Crossing development.