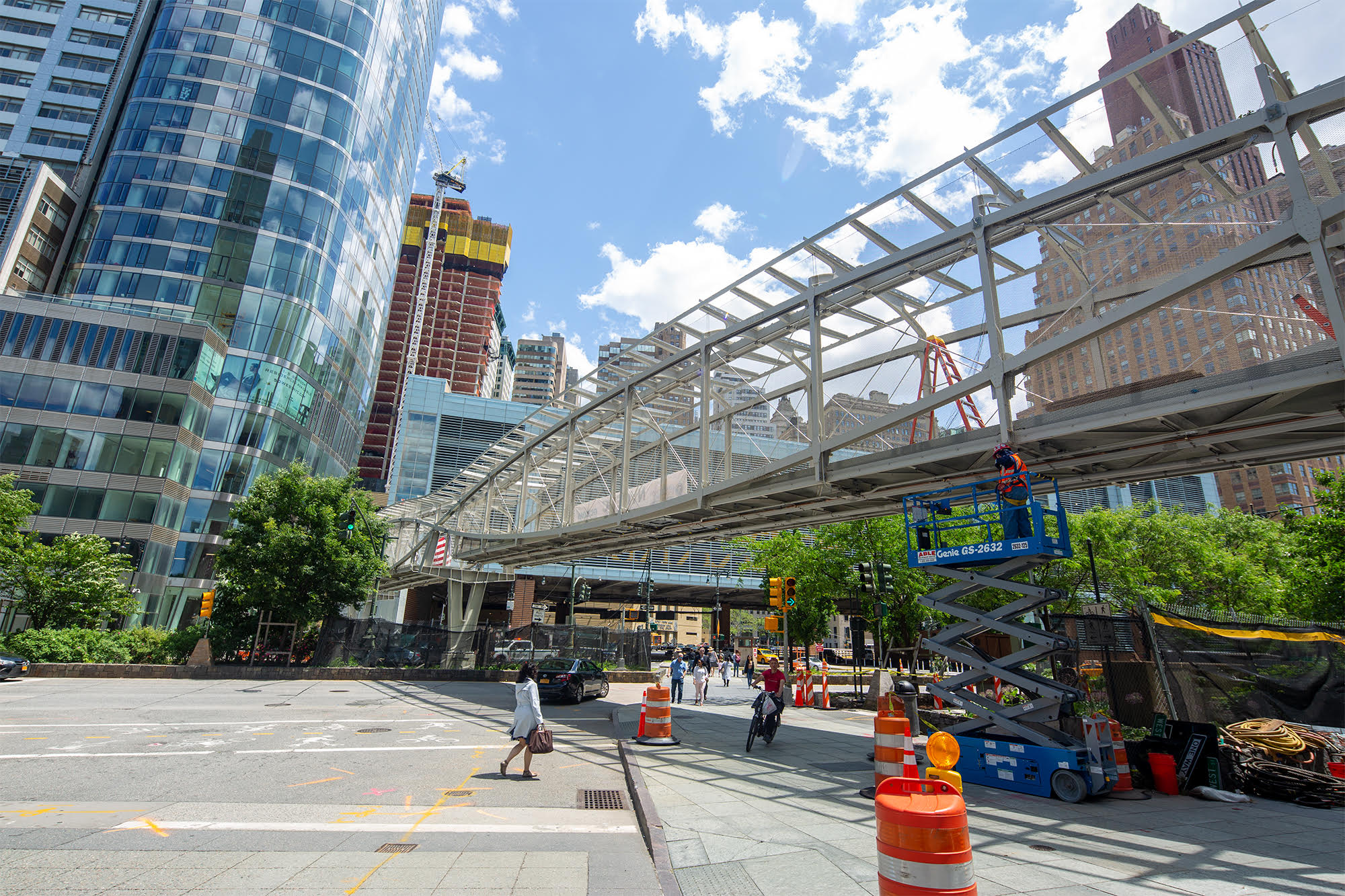 The last week of May saw momentous progress on the construction of the West Thames Street pedestrian bridge. The steel structure was finally lifted and welded into place above West Street. The bridge is designed by WXY Architecture, which worked in conjunction with engineering consultant Weidlinger Associates. This span will replace the temporary Rector Street bridge just a short walk to the north and connect Battery Park City with the Financial District. Skanska is in charge of the active construction site. Funding and support for the project is being provided by the Lower Manhattan Development Corporation and the Battery Park City Authority.

Extensive rezoning proposals from New York City’s Department of City Planning could spur a dramatic uptick in development along the shores of Gowanus, Brooklyn. Known among city agencies as the “Gowanus Neighborhood Plan,” the initiative is designed to facilitate the construction of residential and commercial properties, to encourage population increase, and to help create new job opportunities for local residents. 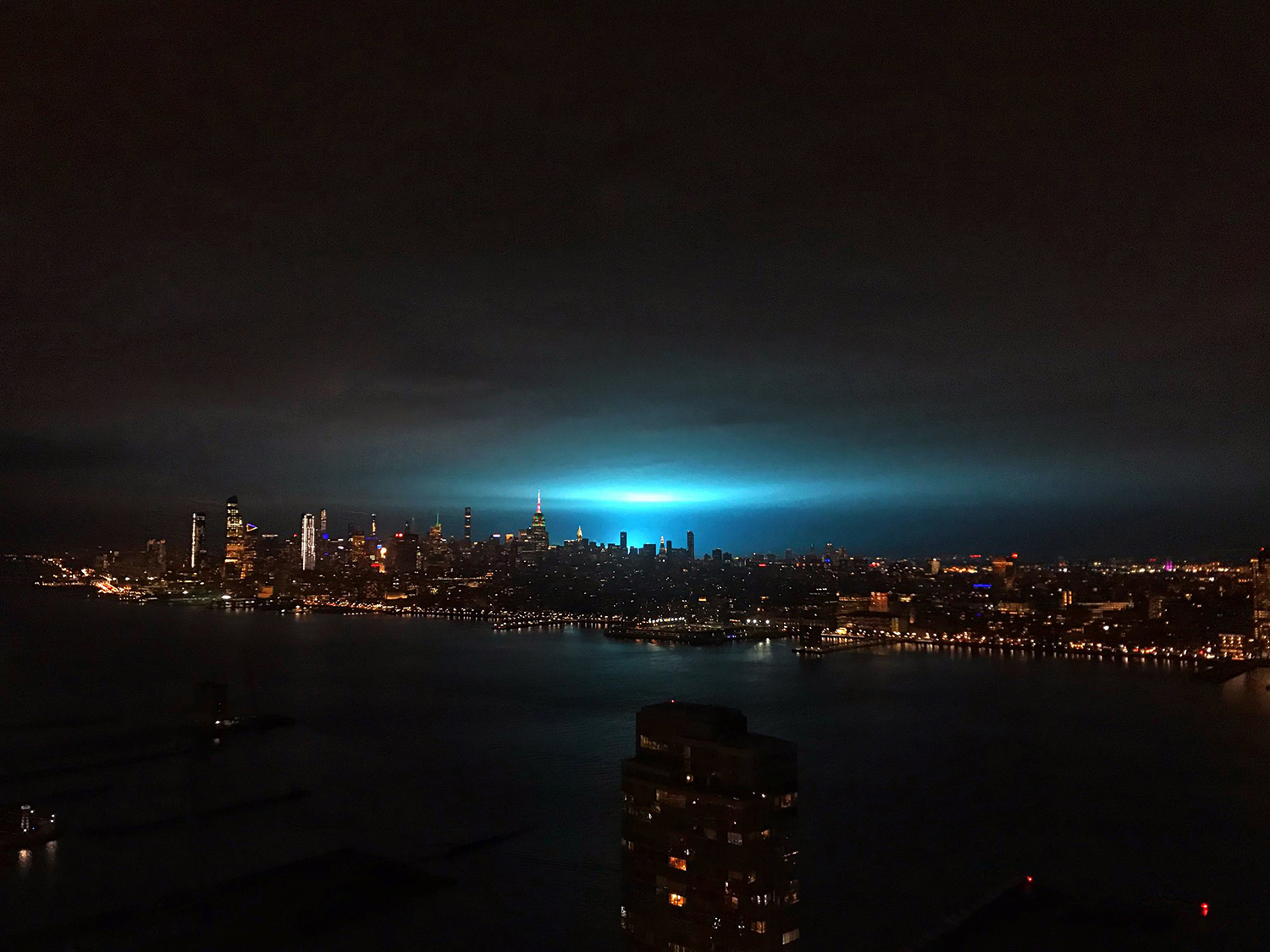 Just after 9pm on Thursday evening, an explosion occurred at a power plant in Astoria resulting in a glowing blue sky, which some have now dubbed the Astoria Borealis. According to NYPD, the flash of blue light was a result of an apparent transformer explosion at a Con Edison substation facility.