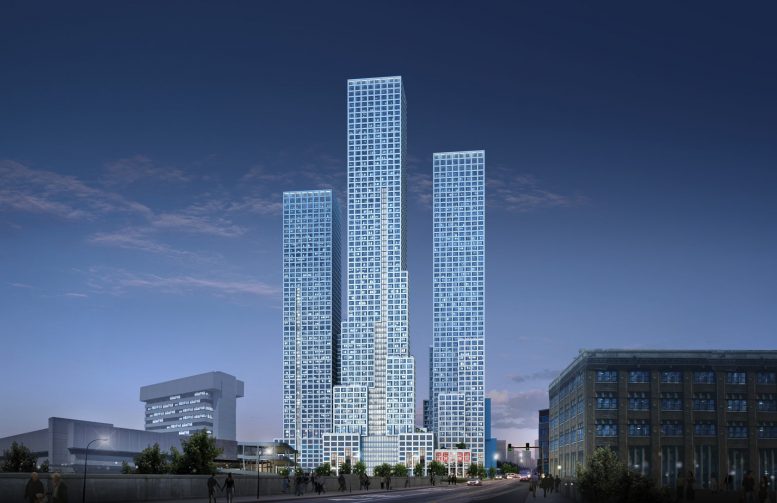 Exterior work is wrapping up on 537 Summit Avenue, a 754-foot-tall residential skyscraper in Jersey City‘s Journal Squared development and number 18 on our annual end-of-year construction countdown. Designed by HWKN/Hollwich Kushner and Handel Architects and developed by Kushner Real Estate Group, the building is the tallest in the three-tower complex.

Recent photos show the curtain wall panels closing in on the final levels on the southeastern elevation, which faces the Hudson River and New York. 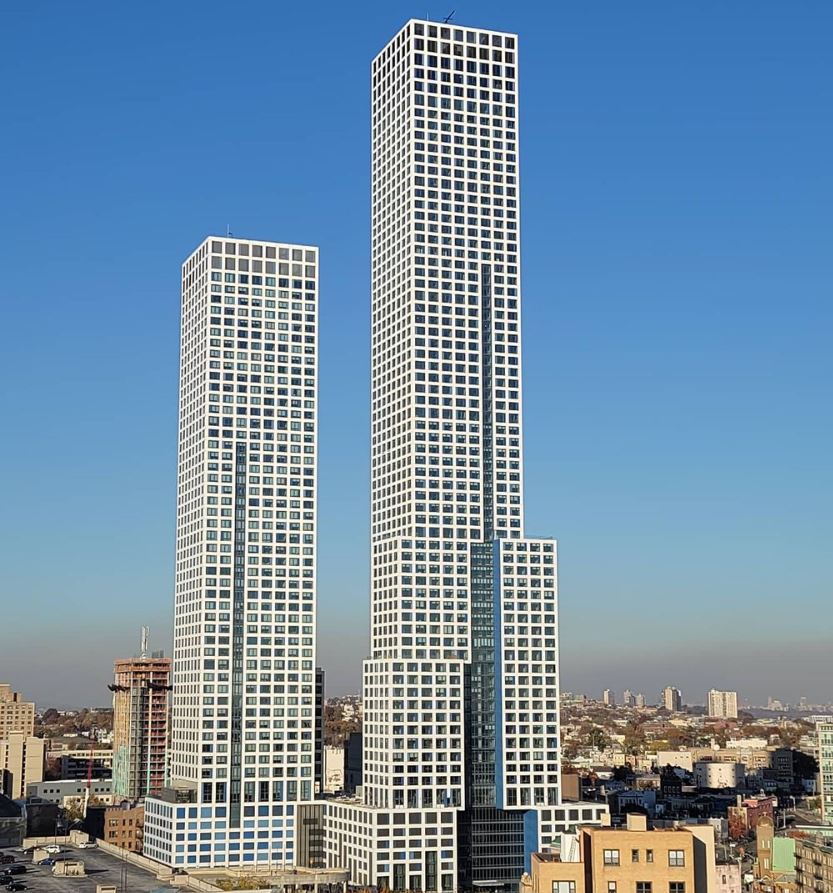 The narrow sliver in the facade where the exterior hoist was attached has been steadily filled in. The clean and minimalist grid of glass and metal is repeated on all four sides, with a uniform design on all three towers. 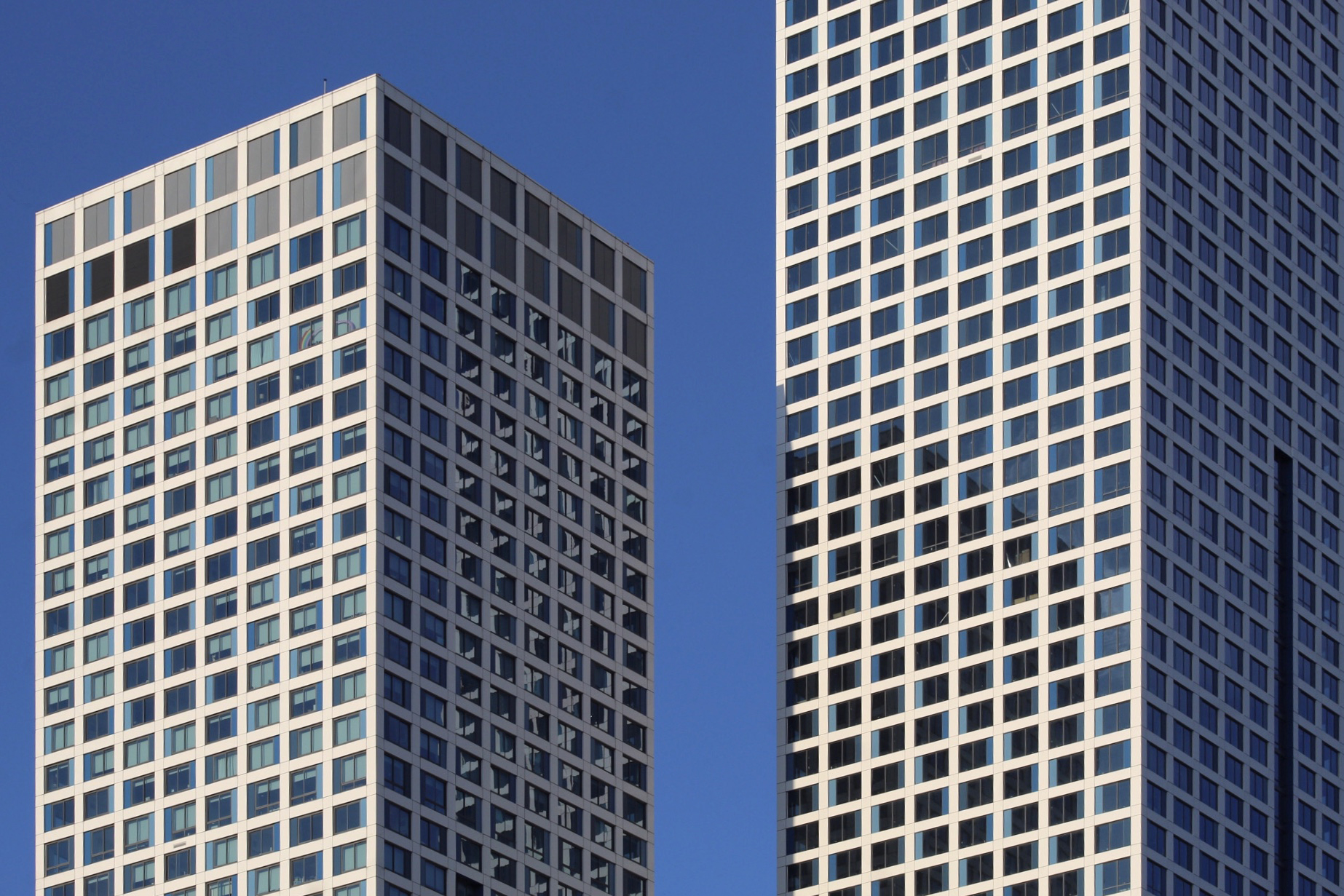 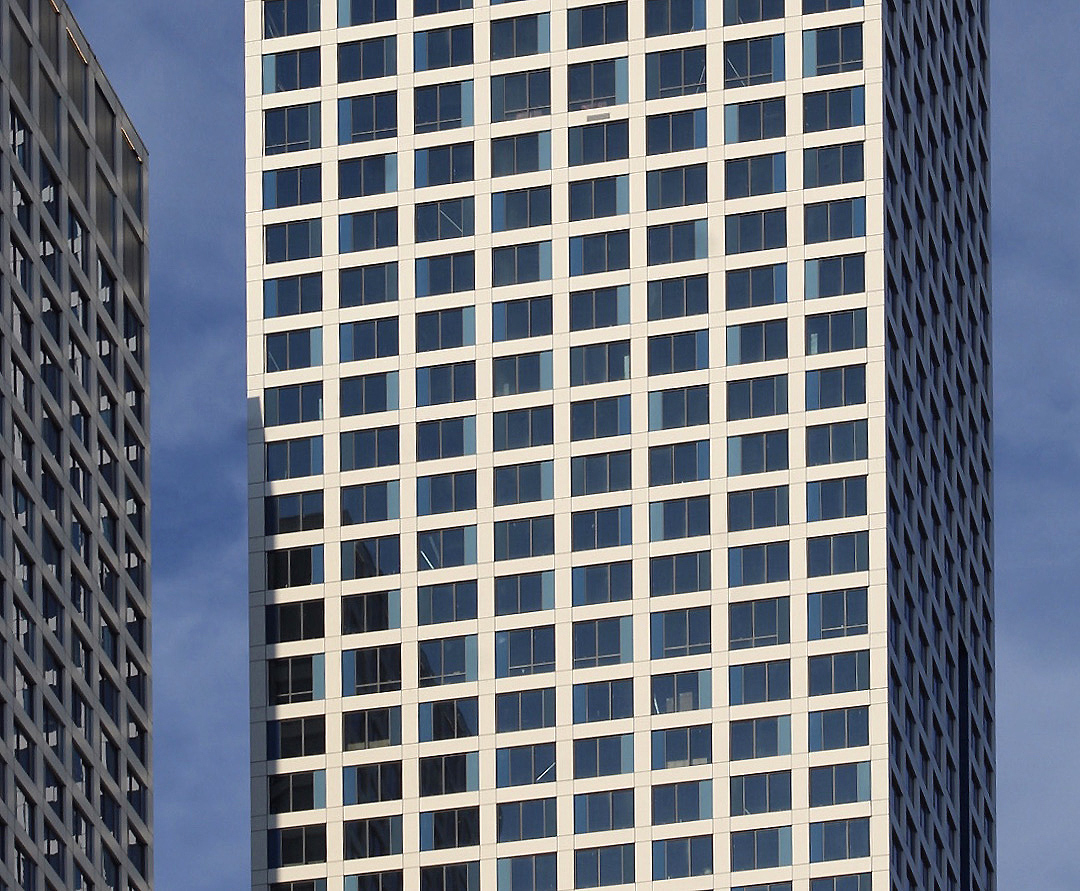 Perched atop a small hill, the two towers dominate over the vicinity with their asymmetrical silhouettes. 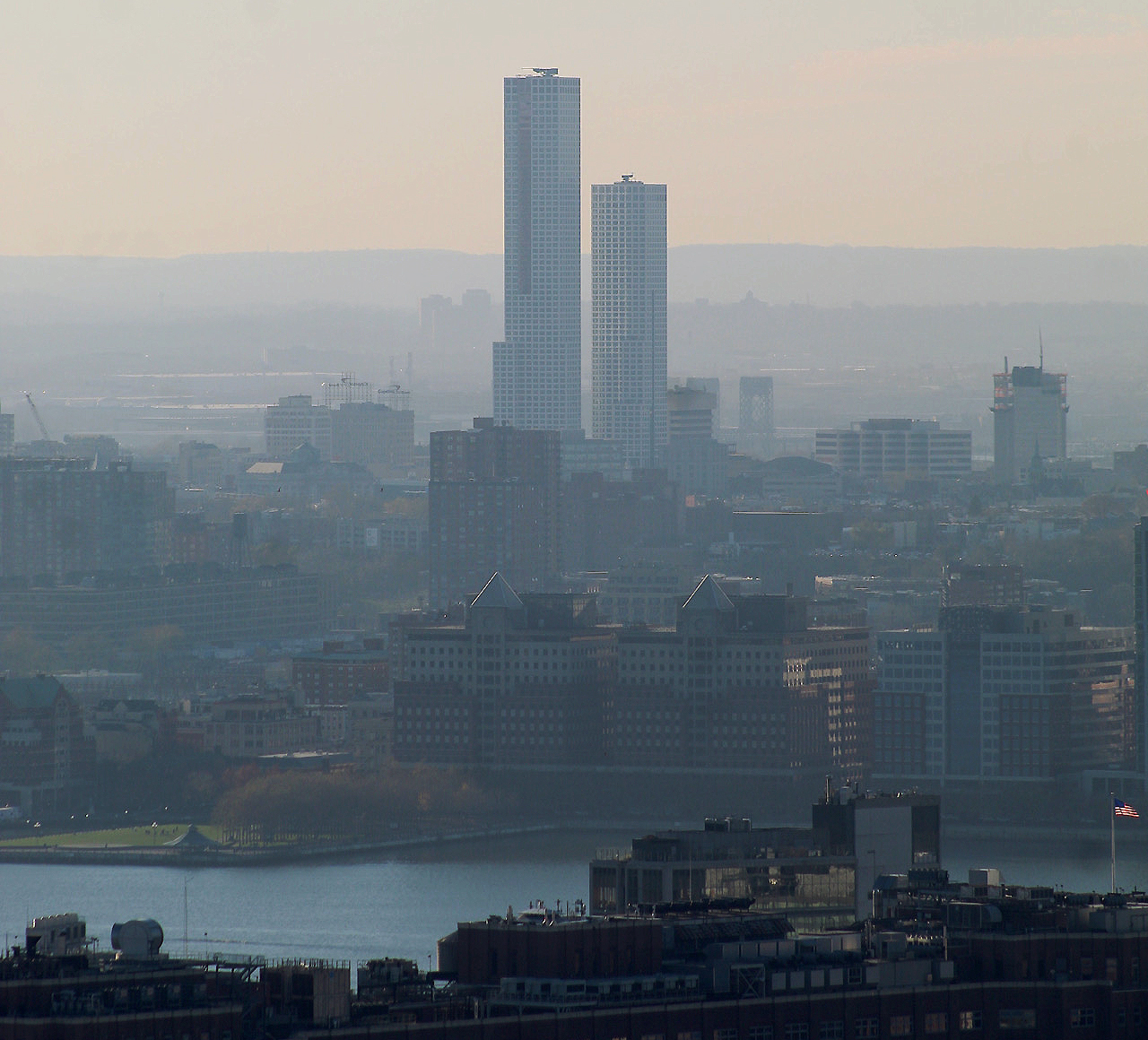 YIMBY’s most dramatic photos of Journal Squared are from the upper floors of Perkins Eastman‘s 99 Hudson Street, which gave a very clear perspective of the project and its isolated position in the inland section of Jersey City. Interestingly, 537 Summit Avenue almost completely obscures its shorter sibling from this angle. The third tower will eventually rise as the second-tallest of the trio and stand directly to the east of 537 Summit Avenue. This building will feature an architectural height of 633 feet with 60 floors. No construction timeline has been announced for this skyscraper. 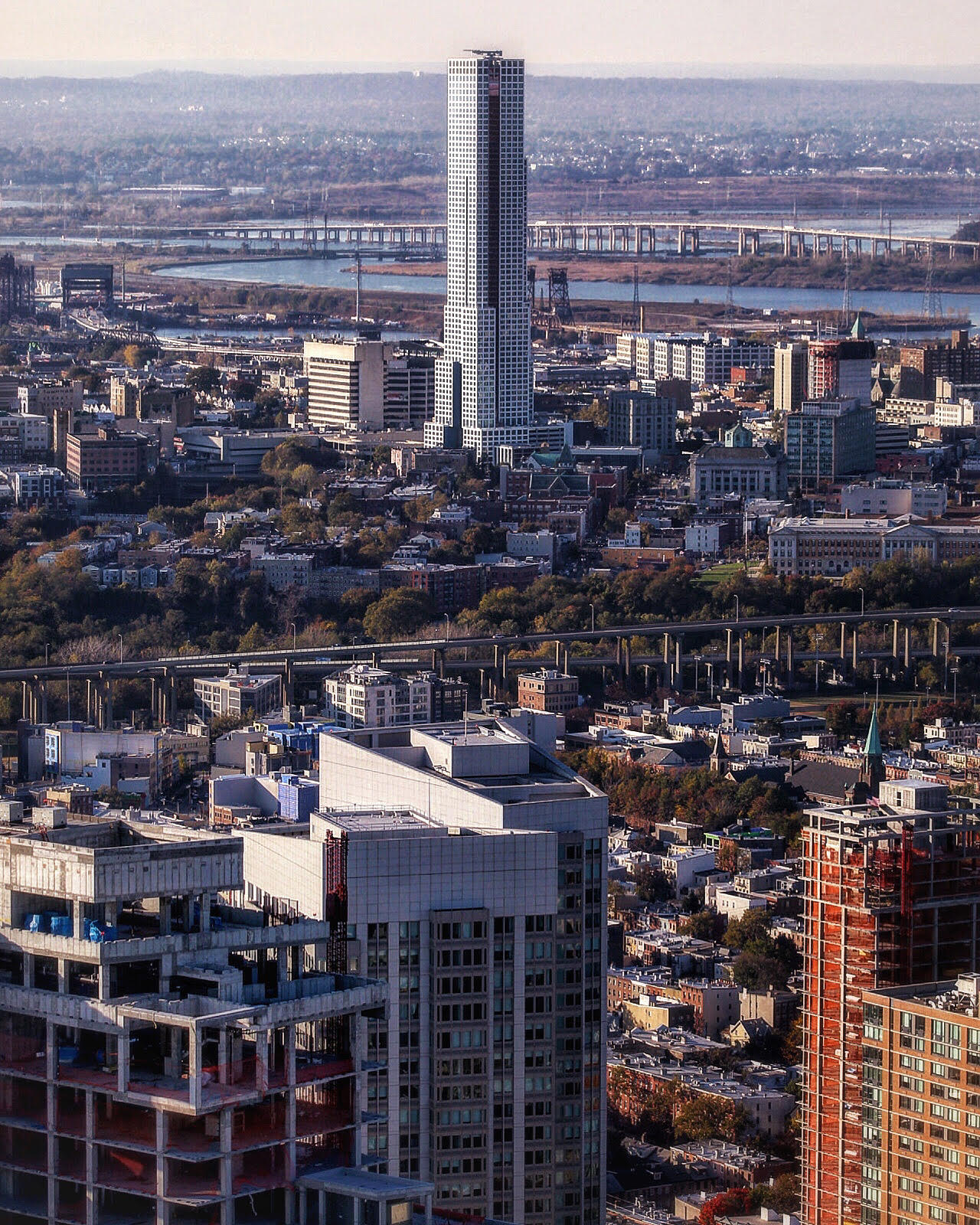 YIMBY previously reported that 537 Summit Avenue will be finished sometime in 2021, while the entire Journal Squared was last heard aiming for a 2024 completion deadline.