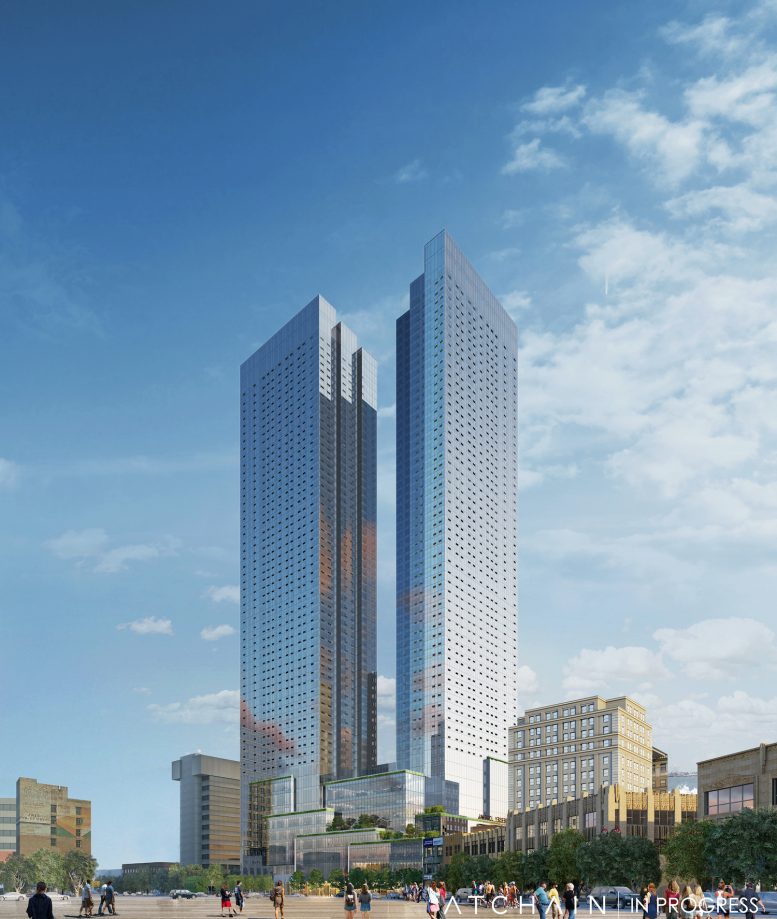 Following the successful resolution of recent litigation with Jersey City, a new design has been released for Kushner Companies’ planned two-towered high rise residential development at 1 Journal Square Plaza, in Jersey City‘s Journal Square. Also known as 1 Journal Square, construction is expected to break ground in 2021. The revised designs would add two major skyscrapers to the neighborhood’s growing skyline, both standing over 700 feet to their rooftops.

The updated designs by Woods Bagot depict a 1,998,875-square-foot massing comprised of a nine-story podium with two 51-story towers above, all of which tops out at 710 feet. Components of the podium include 297,651 square feet of residential, 318,296 square feet of parking, 41,227 square feet of retail, and 4,684 square feet of shared services. There will be 211 residential units spread across the nine floors, 883 parking spaces distributed across 10 floors, and one floor each for shared services and retail. Together the towers yield an additional 1,325,381 square feet of residential space across the 51 floors, and also one floor of amenity space. The north tower will have 755 units and the south tower will have 757 units, in a mix of studios, one-, and two-bedroom residences. In addition to that mix, the podium will also have 36 three-bedroom homes.

Previously, the development consisted of a pair of 64-story residential towers with 1,700 units each, still topping out at 710 feet. At the base of the structure, a 12-story podium would have comprised a mix of retail space, amenities, and indoor parking. 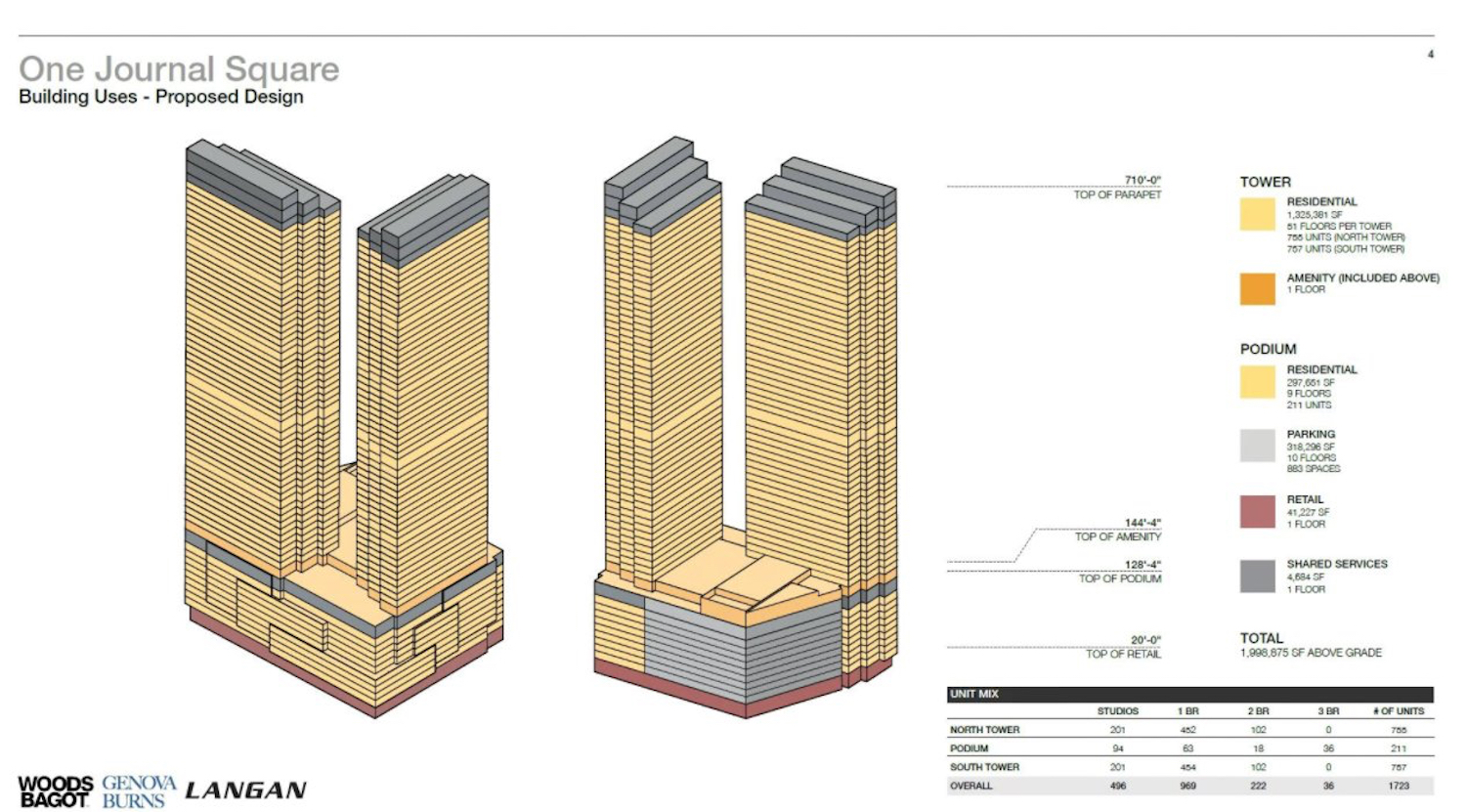 The design features a glass curtain wall with some volumes extending out into the space between the two towers. The podium also appears to be clad in floor-to-ceiling glass, with numerous landscaped setbacks.

Acquire in 2015 by Kushner Companies and KABR Group, neither a construction timeline or estimated completion date have been announced for the empty lot. Redevelopment agreements include a $2.5 million investment in local arts initiatives and an initiative to hire locally.