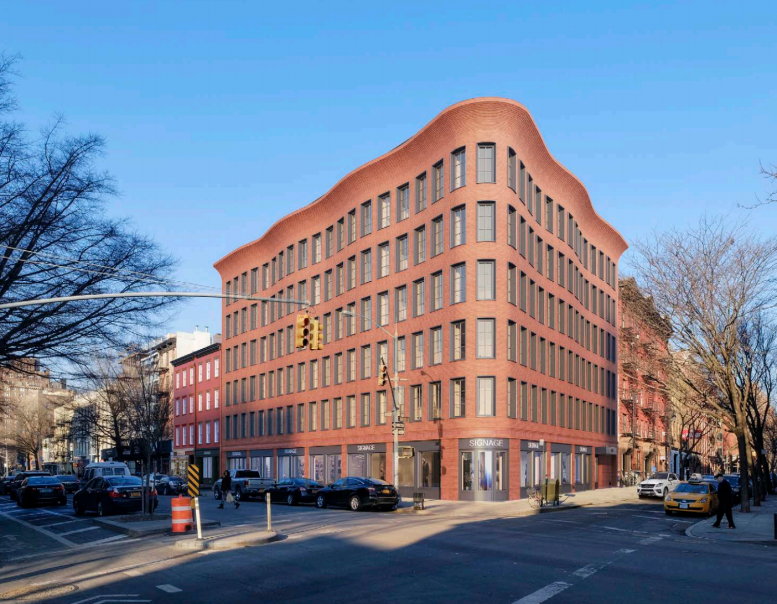 While the red tape choking most of the West Village has given most blocks over to some form of perceived permanence, small spaces for new developments still exist here and there. One such spot is located on the corner of Hudson and Charles Streets, spanning 540-544 Hudson, where designs for a new building by Morris Adjmi Architects are now awaiting approval from the Landmarks Preservation Commission. William Gottlieb Real Estate is behind the development, and there will be a mix of uses. The ground floor will have 5,600 square feet of retail as well as a 552 square foot community facility. There will also be 26 units in total, including a penthouse on the seventh floor which will have its own sweeping private terrace. There will also be a substantially smaller rooftop space for the other units. The hearing for the project has been pushed back from this Tuesday, the 18th, to next Tuesday, the 25th, which means that the developers will have to wait another week before they know whether the site will be allowed to move forward with the current design. But Morris Adjmi has extensive experience with the LPC, and if the firm’s proposals that have passed through the process are any indicator, the building should be accepted either as-is or with only slight modifications.

540 Hudson Street will rise seven floors, only a few over its neighbors immediately to the north, keeping perfectly with the area’s relatively diminutive built scale. The facade also matches the neighboring townhouses, but beyond the brick, the building’s exterior will undulate in waves, which become more pronounced several floors above ground level. No completion date for the site has been announced yet, but with applications now filed with the Department of Buildings and the LPC materials finally set for a hearing next week, progress would seem imminent.