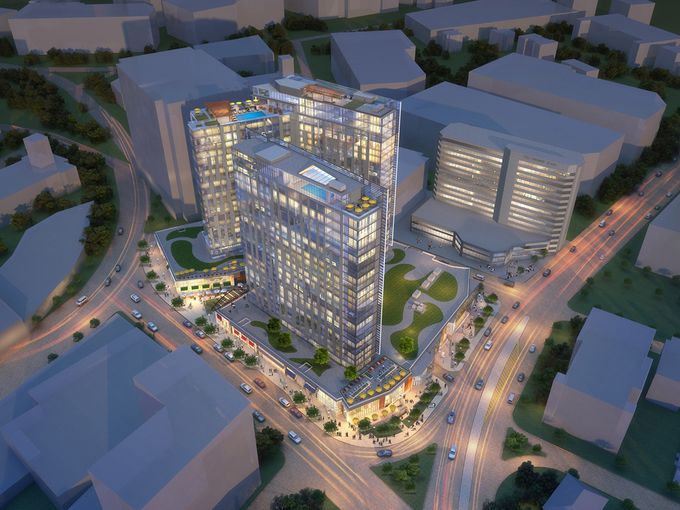 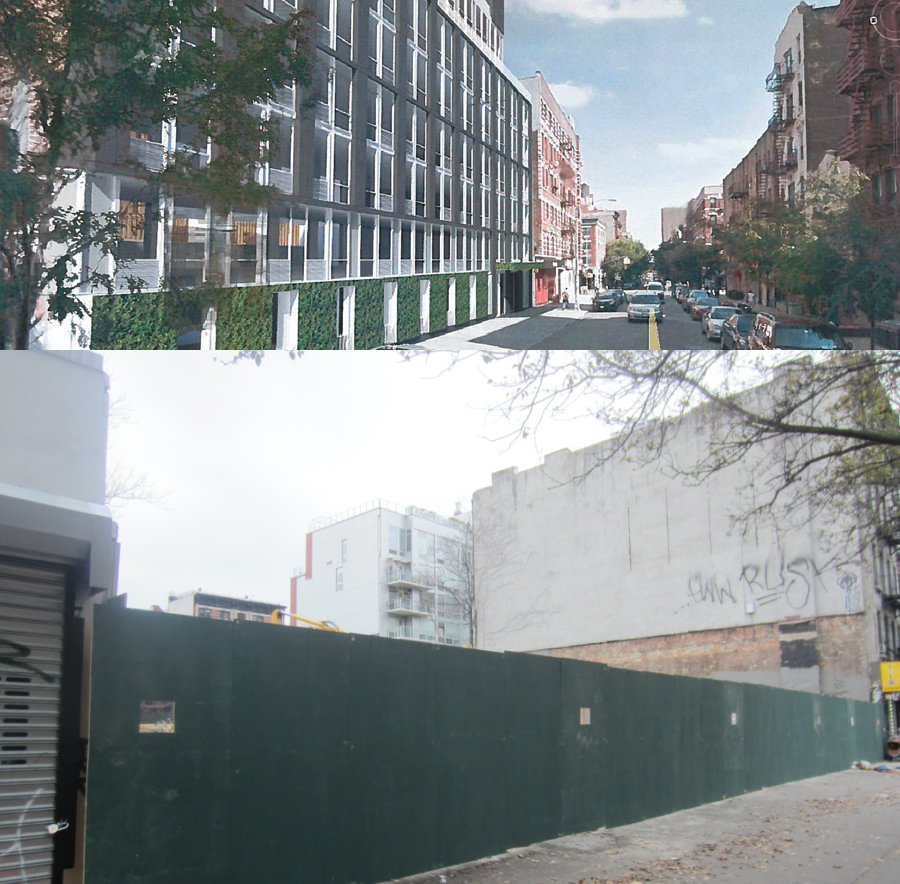 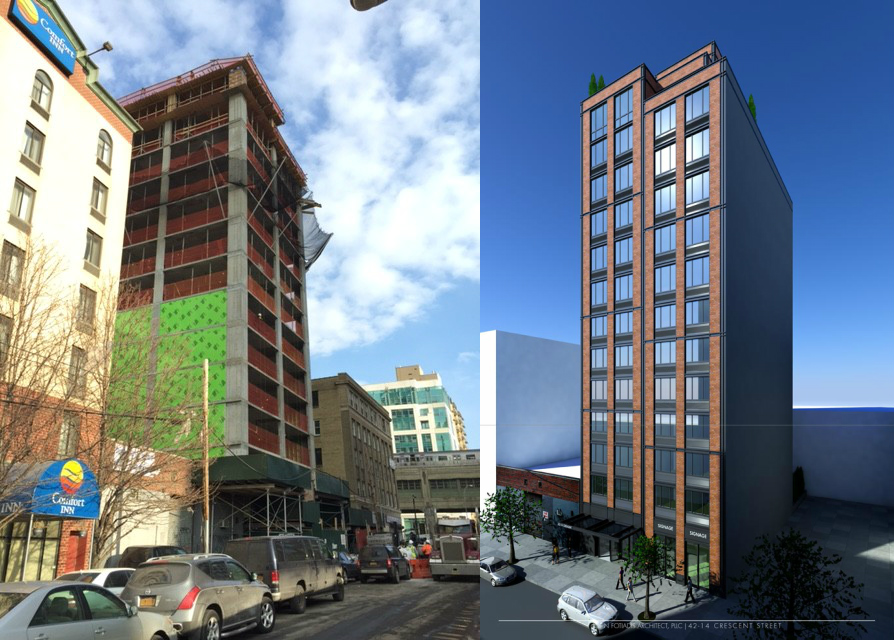 Excavation began in mid 2015, and in early December, YIMBY reported that construction on the 13-story, 48-unit residential building at 42-14 Crescent Street, in Long Island City, reached street level. The structure has now topped out, The Court Square Blog reports. The building will total 44,061 square feet and its residential units, which begin on the second floor, will average 816 square feet apiece. The ground floor will contain 740 square feet of retail space. Façade installation has not yet begun, but completion is anticipated sometime later this year. Meadow Partners is developing the project and John Fotiadis Architect is designing it. 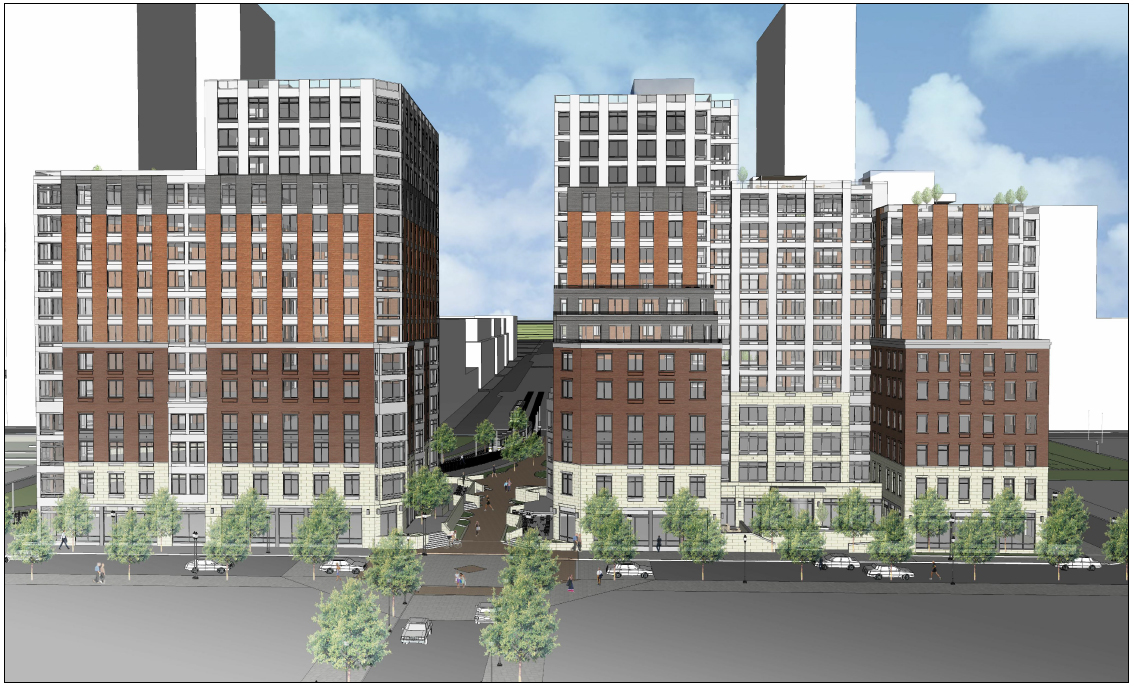